Released in 2017, the original Nintendo Switch has been a runaway success. Its promise of being able to play all your favorite games at home on your TV as well as on a portable, handheld system has resonated with gamers from the very start. But technology changes quickly, and some have been hoping that Nintendo would soon update the original system with a better, more upgraded one. The wishlist most fans had for the system wasn’t out of the realm of possibilities for a company that tends to release slightly upgraded systems during their lifespans — particularly with their handheld consoles. 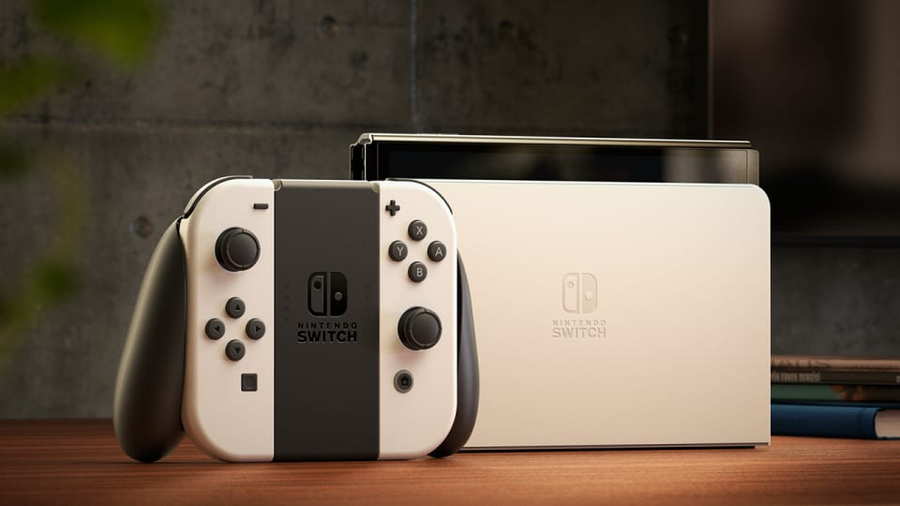 So when trusted news outlet Bloomberg reported that there was a Nintendo Switch Pro coming soon with an upgraded screen and possible 4K output, everyone started to get their hopes up.

Gamers were thrilled with the idea that a new Switch would be able to keep up with other modern consoles and play the latest games currently only available on the more expensive offerings from Sony’s PlayStation, Microsoft’s Xbox, or on a gaming PC. The timing also made perfect sense, as 2021’s E3 convention was fast approaching, itself historically a time when video game companies make the year’s biggest announcements.

To date, there’s only been one very minor upgrade to the original Switch system, which brought more robust battery life to the console. Of course, that system wasn’t really a new iteration, but instead the model that replaced the original Switch on store shelves sometime in late 2019. There was also the release of the Switch Lite in 2019, a cheaper alternative that operates as a handheld-only device and doesn’t come with the detachable joy-con controllers. 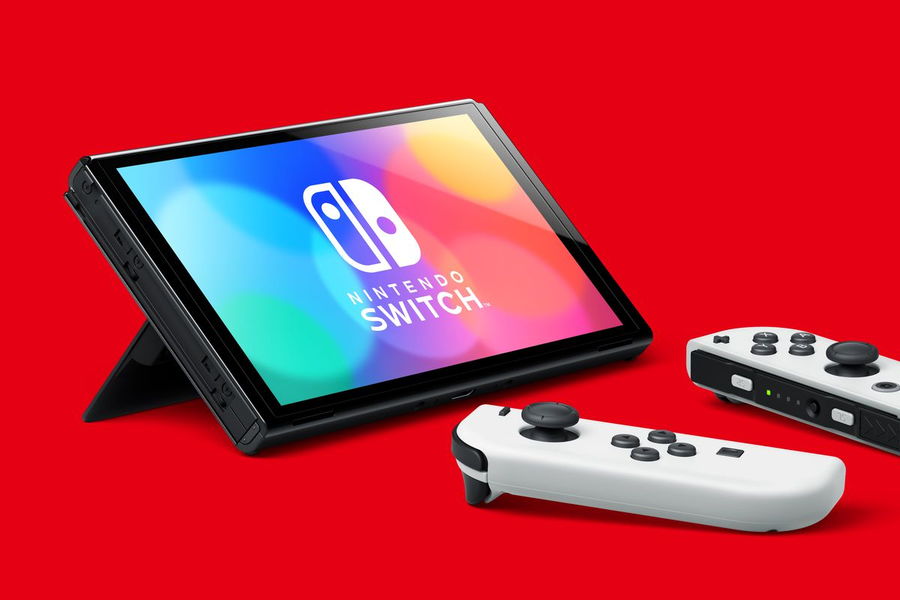 Well, E3 2021 came and went, and Nintendo announced nothing about a new system. But then, on July 6th, the company gently announced the “new member of the Nintendo Switch family” on Twitter: The OLED Switch.

The announcement, however, seems to have left people slightly disappointed. None of the most requested features of a Switch Pro are here. No 4K output, no better chipset, no Bluetooth headset connectivity. So who exactly is the OLED Nintendo Switch for?

The main upgrade to the system is the OLED screen. Slightly bigger than on the original Switch, it also boasts a more vibrant, brighter picture in handheld mode. Other upgrades to the system include better speakers and an improvement on the less-than-stellar original Switch kickstand — great news for folks who like to play the console in tabletop mode. The new system also comes with 64 GB of internal storage, doubling the original system’s 32 GB.

On top of that, the new Switch dock comes with a built-in LAN port for those gamers that want an extra-steady connection to the internet for online gaming. Originally, if you wanted to hardwire your internet to the system, you needed to purchase a separate LAN adaptor that would connect to one of the system’s USB ports. But even besides the LAN port, the new dock looks great, with an attractive white coloring that will be sure to stand out on your entertainment center. 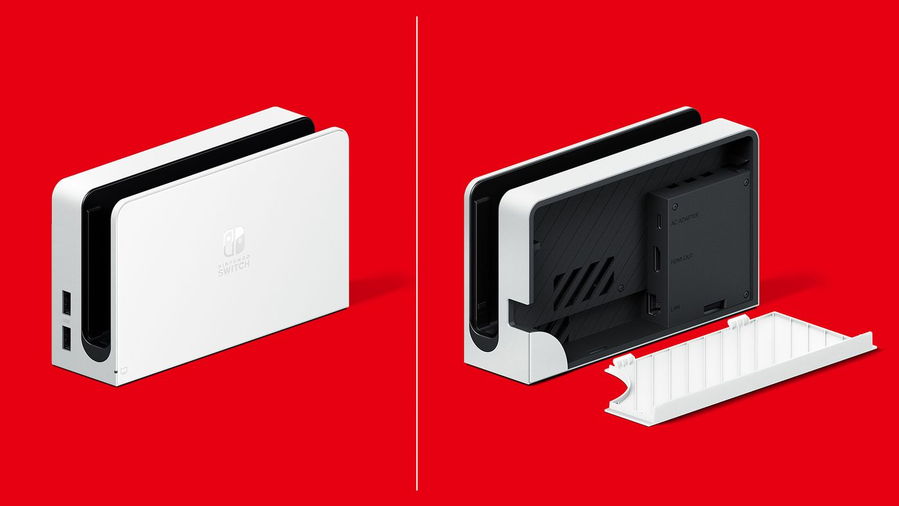 But do these minor upgrades justify a $50 increase in price? The original Switch (which will still be available to purchase) is available for $299.99, while the OLED model will cost $349.99 when it’s released this October.

If you’ve had a Switch since launch day and it’s starting to show wear both cosmetically and in the way of battery life, then we see no reason not to upgrade to the new one. All of your existing accessories will work with it, and you’ll be getting a battery that has the potential to work three times as long in handheld mode.

However, if you have a more recent Switch with already-increased battery life, the answer becomes a bit trickier. If you tend to split your time evenly between docked and handheld modes and you don’t feel like you can live without a bigger, brighter screen, then this might be the upgrade for you. If you only ever play in docked mode, then you won’t notice any changes to the system except for the cosmetic one made to the dock.

If you’ve somehow resisted the Switch for this long but are thinking of finally picking up the system (which in general comes highly recommended, as the Switch’s game library is second to none), then this is absolutely the system for you. The addition of the LAN port in the dock for online gaming basically makes the purchase worth it.

The bottom line is this: if you primarily play your Switch in handheld mode and the boost in size and brightness appeals to you, then this is a decent upgrade. However, if you already own a Switch and play almost exclusively in docked mode, then there is little here to recommend upgrading. If you already own a Switch Lite but wish you could also dock your system for some TV gaming, then this is the system for you, as you likely value the ability to play in handheld mode, too. Finally, if you don’t have any Switch system in your possession, then the new OLED Nintendo Switch is definitely the way to go. But, no matter which one you choose, you can’t go wrong with any of the systems in the Nintendo Switch family. After all, any device that lets you stomp Goombas, explore the hills of Hyrule, and pay all of your hard-earned bells to Tom Nook is easily worth its weight in Mushroom Coins. Let’s-a go!