Not all plants need soil. In fact, some thrive best when their roots have constant access to water and air. A new product called the Terraplanter creates a healthy micro-habitat for your favorite houseplants while unveiling what’s usually hidden beneath the surface: their roots. 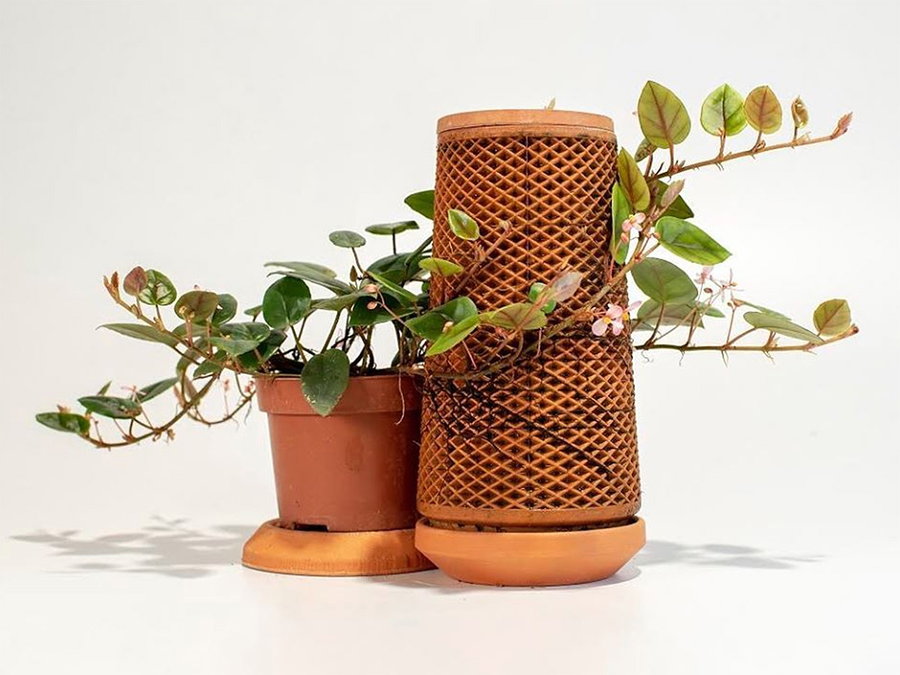 If you’ve ever had a Chia Pet, you’ve seen this concept in action using tiny chia sprouts. The terracotta planter base offers a breathable, moisture-wicking medium that gives plants time to drink all the water they need. What makes the Terraplanter different is the unique diamond pattern of its surface, over which the roots of hardier plants can grow. 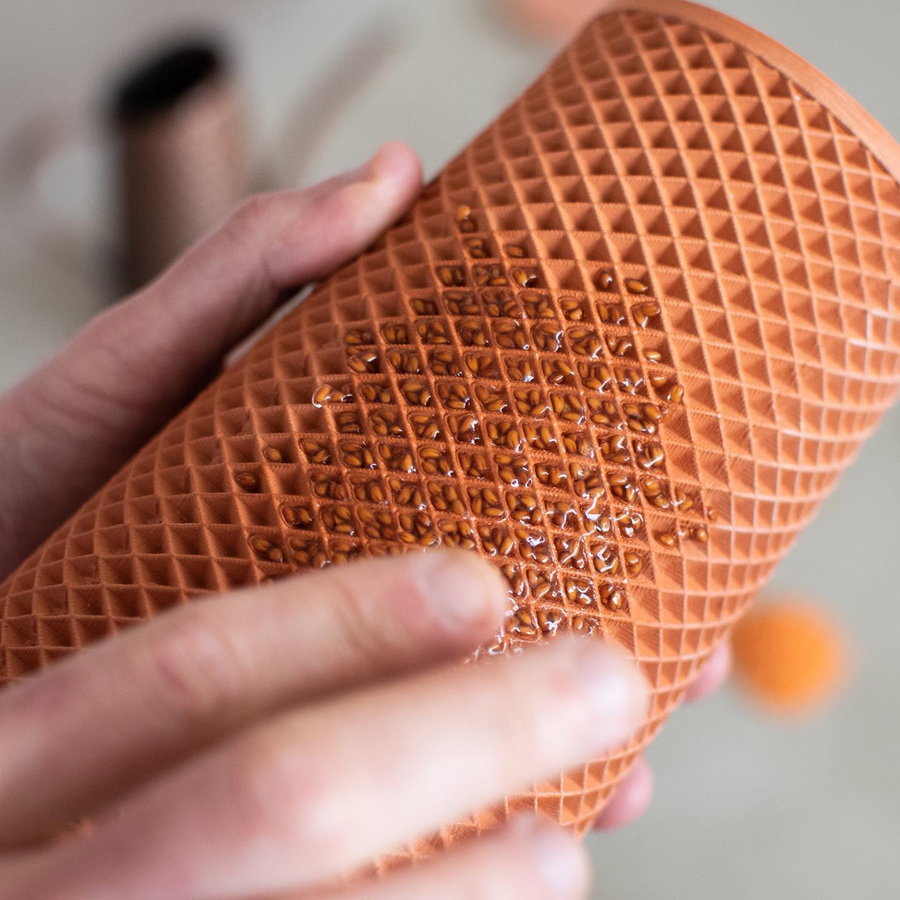 “The core idea was to create a new home for plants,” the designers explain. “It needed to be simple, clean, low-maintenance, and hydroponic — without the use of any soil or dirt. Combining the idea of hydroponics and the concept of porous material was the key. We created our proprietary ceramic material that has just the right amount of porosity and hygroscopic tendencies to allow water to diffuse through the material and allow the plant to grow on the surface of the material.”

“We used parametric design to create the shape we envisioned, and created several prototypes to test with seeds and plants. After testing we looked for ways to improve the product and refined the algorithm and design to get to the optimal solution for plants to thrive. The Terraplanter is a vessel that acts as a water bank. The water is held in the vessel and is slowly diffused through the material to the cells on the surface for the plant to drink.”

You can get your plants of choice started on the Terraplanter in four different ways: rubbing fern spores on its surface, wrapping a climbing plant around it, using a rubber band to mount small clumps of rooted plants, or just covering its exterior with seeds a la Chia Pet. Various types of ferns, moss, grasses, orchids, begonias, and other plants capable of growing without soil will benefit from the constant moisture of the planter. 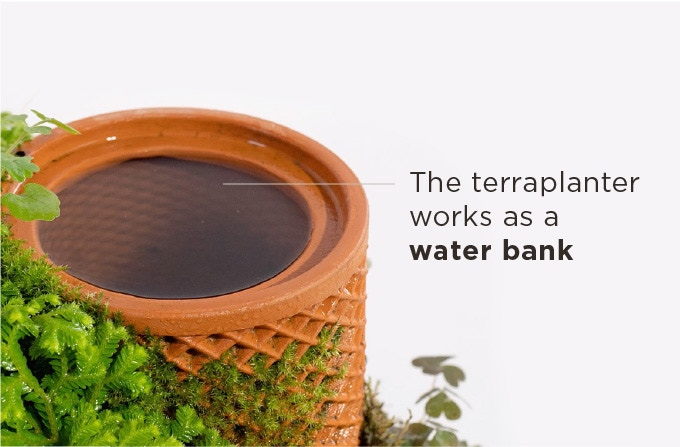 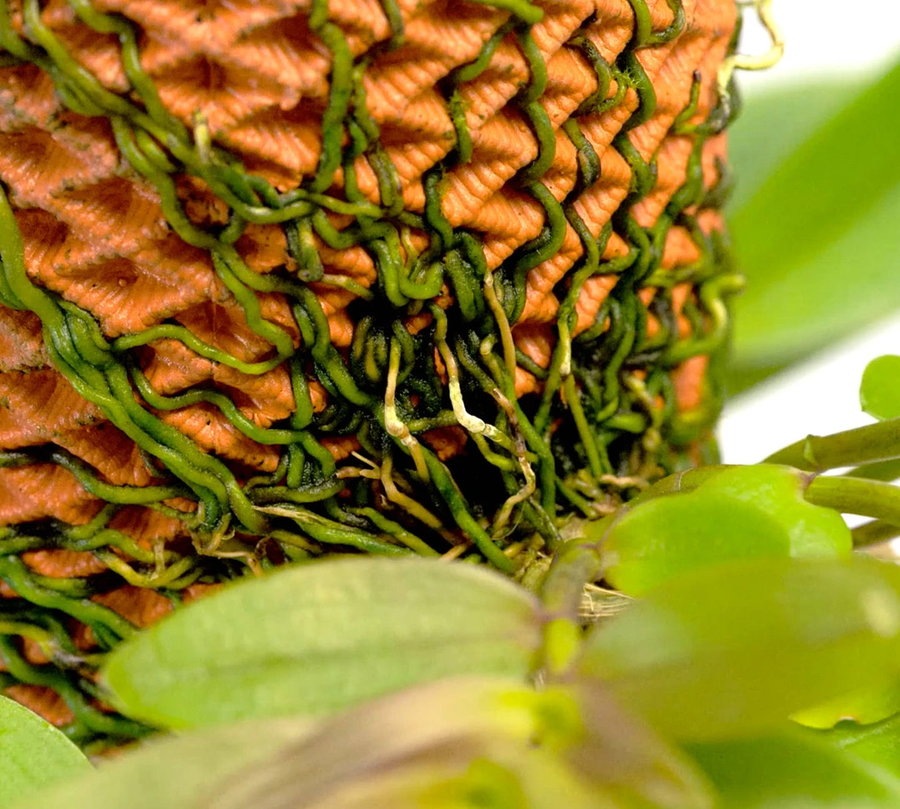 After this step, you just fill the Terraplanter with water and add the lid, which keeps the water clean and prevents evaporation. The proprietary terracotta-like ceramic material will absorb much of the water, releasing it to the plant roots as needed.

The coolest part of the Terraplanter is the way it makes the roots visible as they grow. Some plants will cover its exterior with a thick mat of tiny roots, while others will form themselves to the surface pattern for a result that’s almost sculptural.

The Terraplanter has raised nearly $4.5 million on Kickstarter thus far to fund its initial production, allowing supporters to scoop up hydroponic planters of their own at special discounts. At some point after the campaign is over, the product will be released for sale to the public. Rewards currently start at $59, though the Terraplanter will eventually retail for $80. 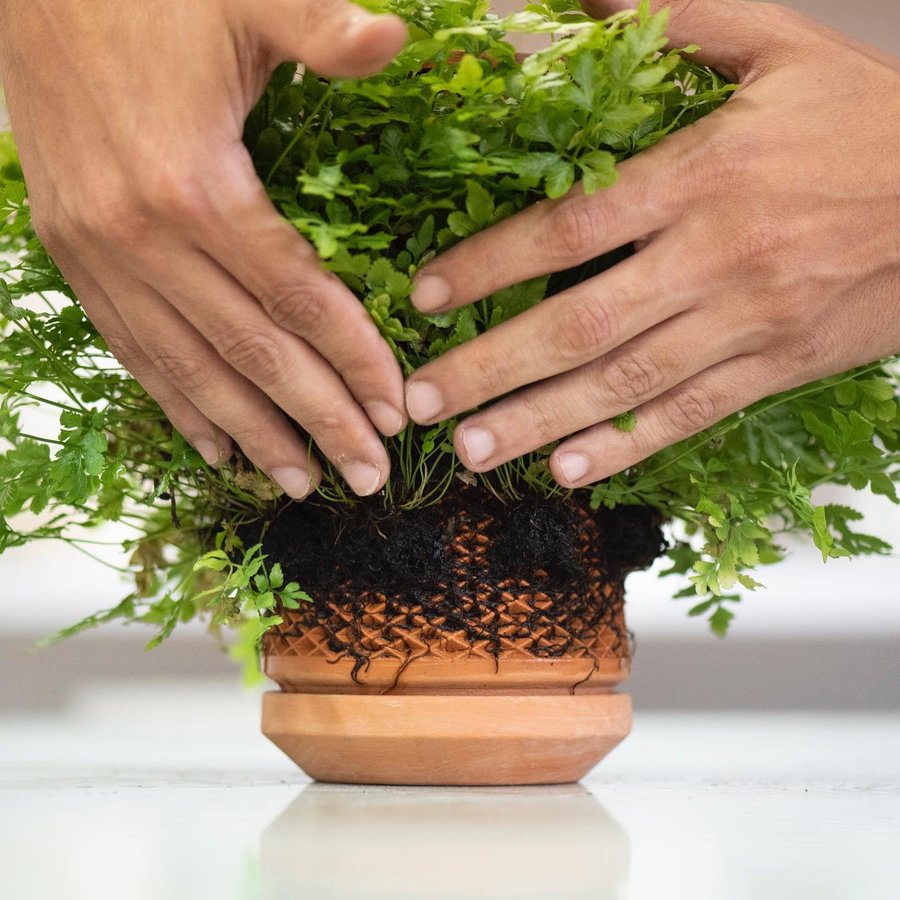 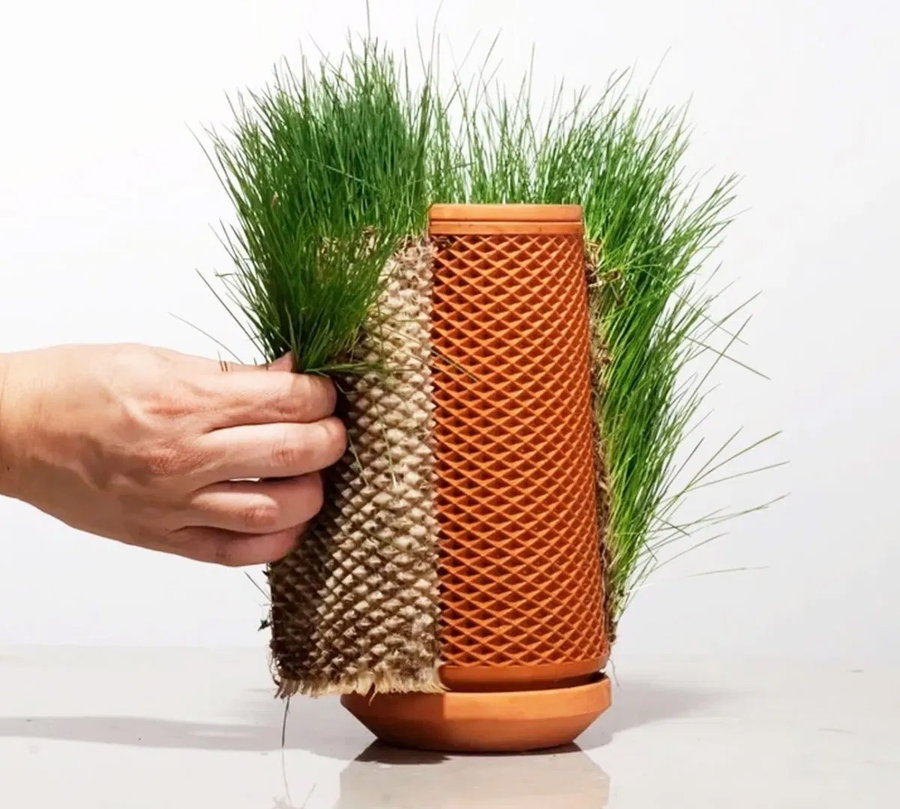 Check out lots of gorgeous examples of how it can be used on Instagram.