Kim Kardashian and Kanye West are household names in many parts of the world. They’re especially known for their extravagant lifestyle, so it’s no surprise that the power couple’s newest nest is a mansion that cost just over $22 million. But the real story here is the additional $20 million renovation that took place after they took possession of the property. The exact details of this project remain murky, of course, as the two try to maintain at least some degree of privacy, but Kim has started to allow some interviews, and has even posted her own pics and YouTube videos of specific areas inside the home. 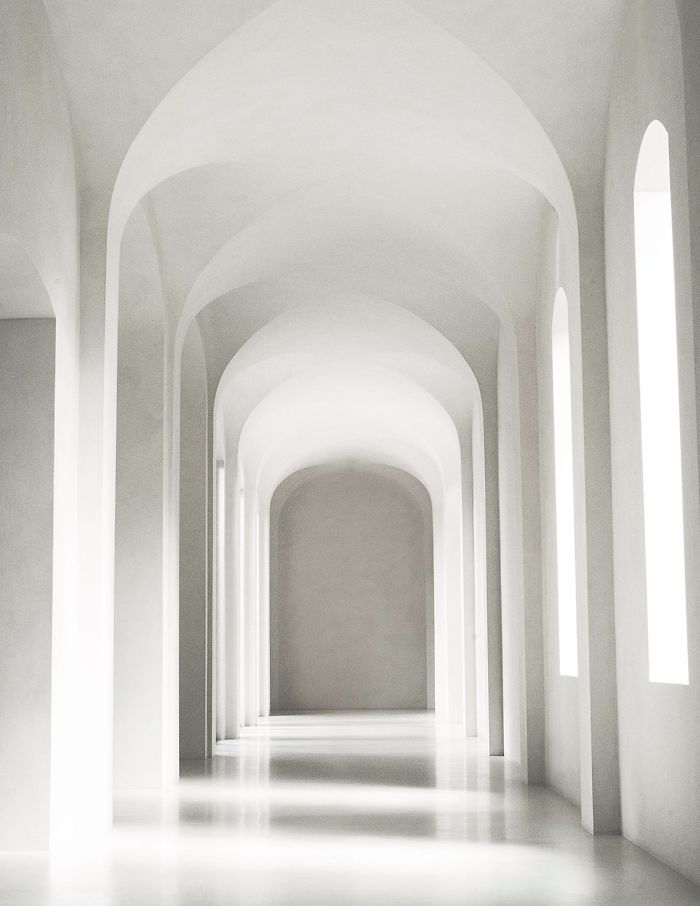 The couple bought the Hidden Hills, California property in 2013, but decided to complete a mega renovation before finally moving in four years later. The living spaces are open concept with streamlined furniture selections. From what we’ve seen, there’s not one square foot of clutter, and every report has used the term “minimalistic” when describing the decor.

From the pictures Kim’s posted, we can also see that the hallways and staircases are stark white, with little to no furniture in any of them. In fact, they also lack wall hangings, table decorations, and area rugs. Everything’s barren and arguably cold.

Based on the social media flurry of responses to the interiors, it actually doesn’t seem like much of an argument. Some seem insistent upon providing what they feel is much-needed decor to the home, going so far as to Photoshop the images to incorporate artwork, flowers, and children’s toys (something that’s notably absent in a house with four young children). 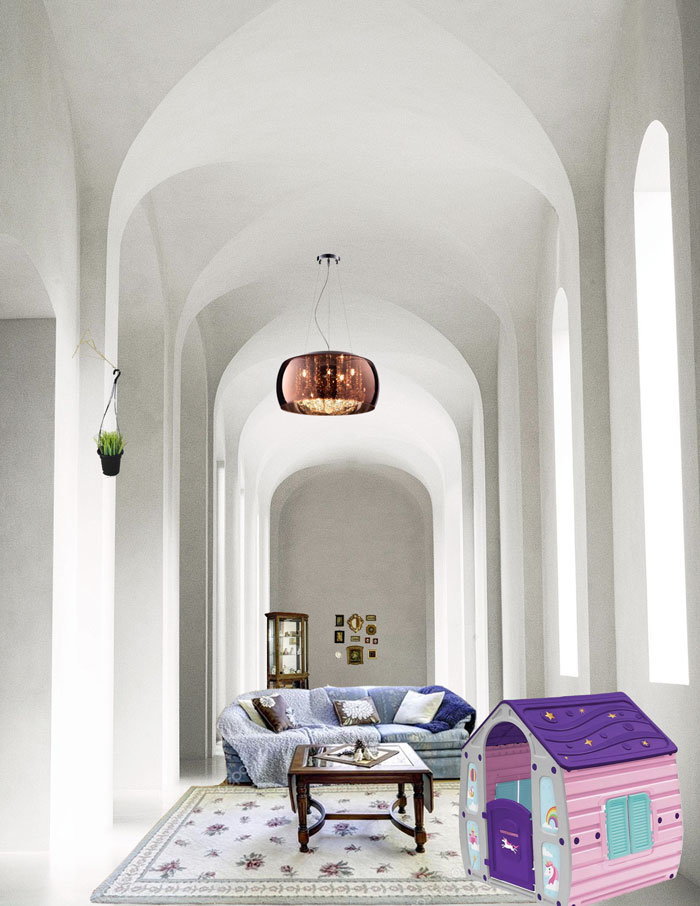 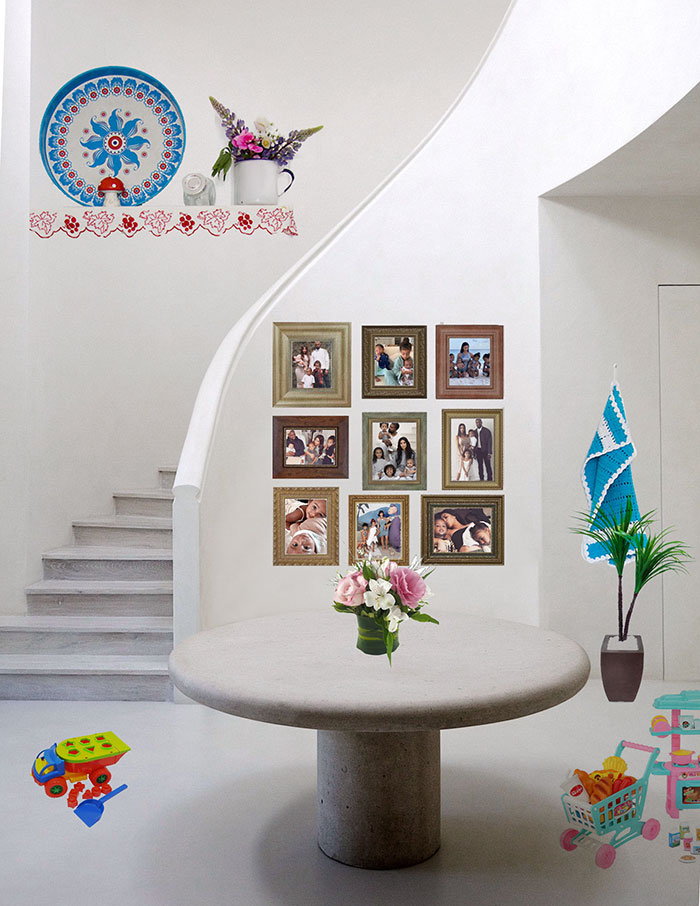 Another striking feature is the home’s nearly complete lack of color. It’s difficult to imagine keeping anything clean in a house with four kids, let alone room after room draped in nothing but white.

In her own words, Kim describes the place as a “minimalist monastery.” With over 15,000 square feet, eight bedrooms, and ten bathrooms, there’s a lot of space to fill, but it’s so bare that it’s drawn more comparisons to a mental institution or an abandoned museum than it has a monastery. To each his own we say, but what most people seem to be really wondering is why, with so much money between them, would they choose to live in such a decor-less home. It’s a matter of personal style — very personal style, considering the fact that Kanye worked hand-in-hand with architects and designers on the project.

Many elements of the design were developed by Axel Vervoordt, a Belgian art dealer and interior designer. However, Kanye was very involved during the renovation, and word on the street is if anyone disputes his creative flow, he or she will likely be out of a job, so it’s no wonder that so many of his ideas can be seen in the final product. For instance, in the master bathroom we find what looks like a flat countertop with two faucets is actually a slightly contoured surface that acts as a double sink vanity. The room also has a bathtub large enough to fit all four kids, and the entire ceiling above it is a light box. In the attached bedroom, a 130-inch TV rises up out of the ground when they decide to use it, but returns to its hiding place with the push of a button when they don’t. Even the light switches were designed in minimalist fashion, with no box around them. Instead, they look like three small buttons on the wall. 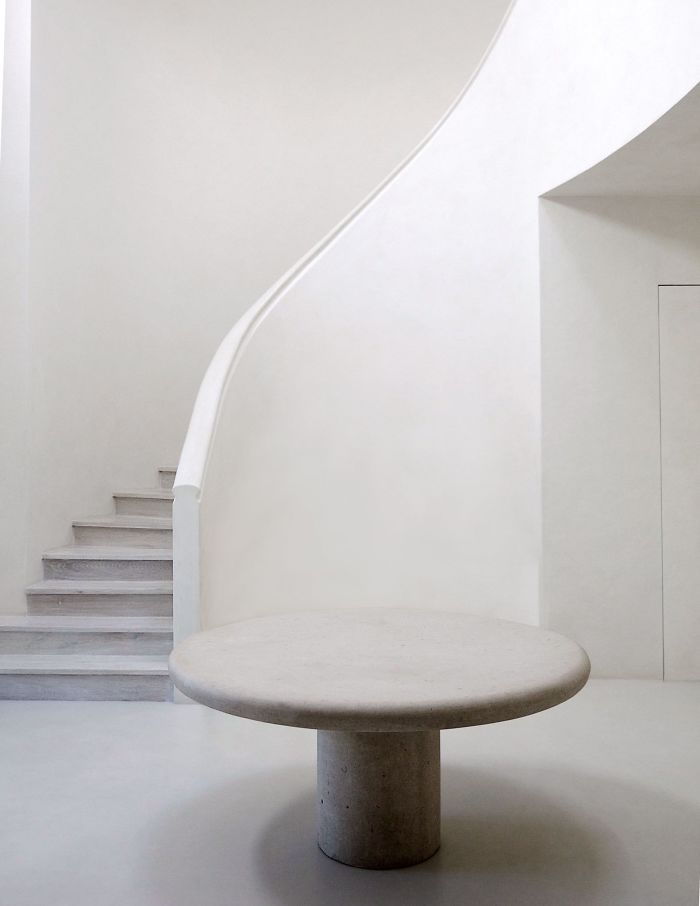 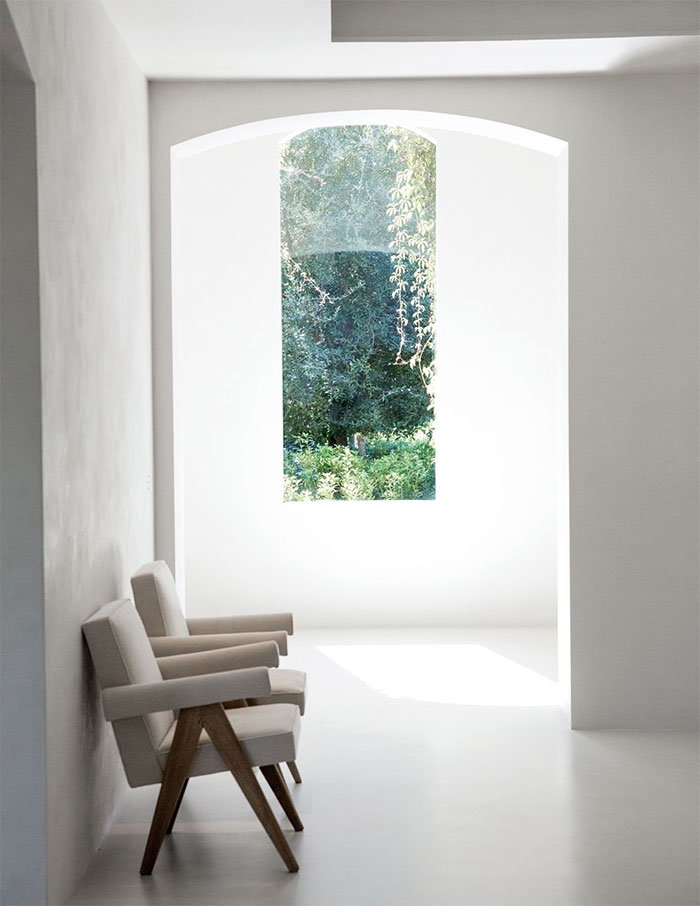 Even in a shot of one of the girl’s rooms, which itself is draped in pink, we can see the clean lines and complete absence of goods. Perhaps they only allow us to see what they want us to see, but it appears that these are two stars who spend a lot of money just to achieve an empty abode — but perhaps that carries special meaning to them. 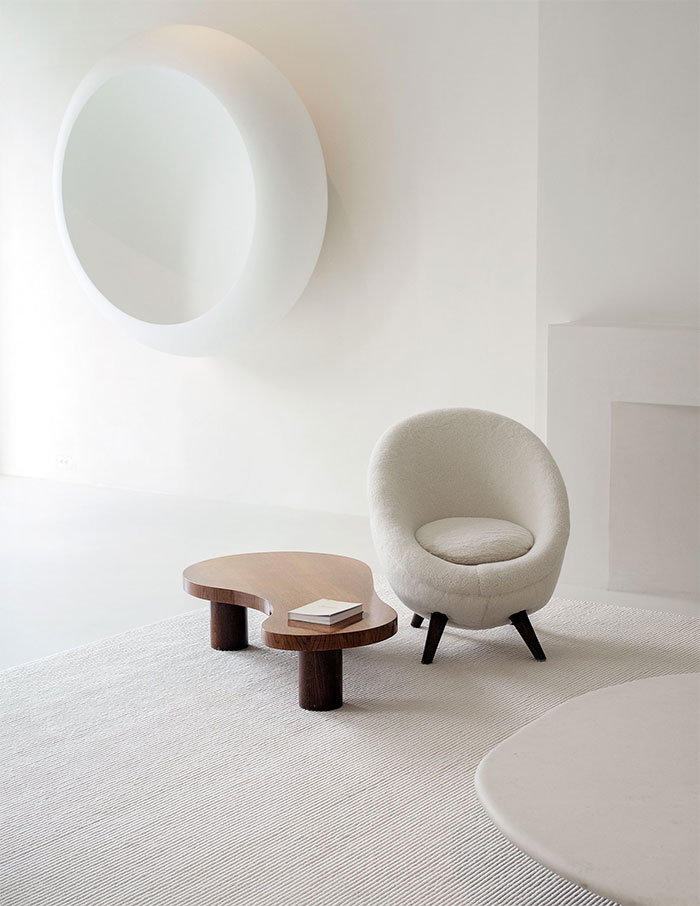 In an interview with Architectural Digest, Vervoodt said, “We had very profound conversations about the space of the mind and the importance of silence.” He went on to explain how this influenced the design of the space, adding that “Kanye and Kim wanted something totally new. We didn’t talk about decoration, but a kind of philosophy about how we live now and how we will live in the future. We changed the house by purifying it, and we kept pushing to make it purer and purer.”