Everyone’s talking about Cara Delevingne’s vagina tunnel right now, but it’s not quite as scandalous as it sounds (unless you’re the pearl-clutching type). On a tour of her maximalist Los Angeles home for Architectural Digests’s Open Door series, Delevingne revealed a one-of-a-kind feature hidden behind an ordinary-looking cabinet door. The vagina tunnel is exactly what it sounds like: a somewhat anatomically correct, fabric-lined space you can crawl into, sort of like an adult version of The Lion, the Witch, and the Wardrobe. 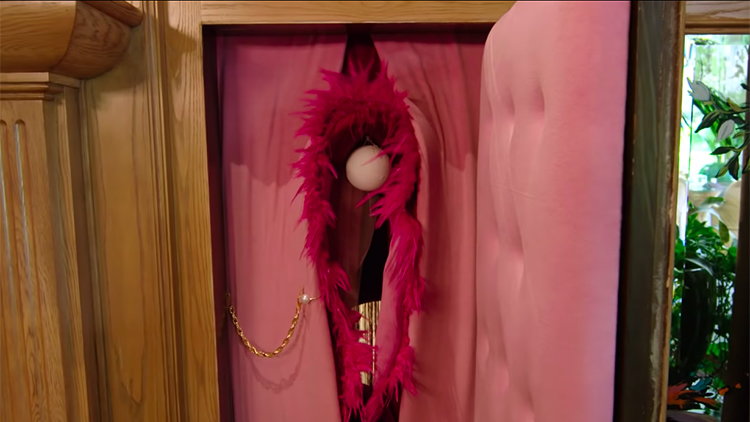 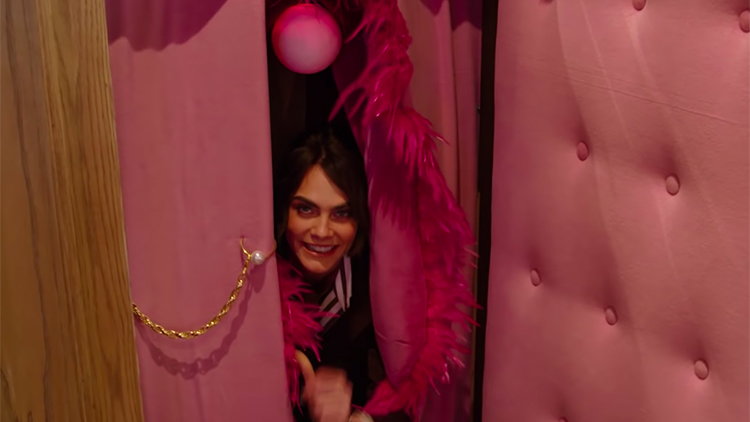 “I come in here to think, I come in here to create, I come in here to feel inspired in the vagina tunnel,” Delevingne says. “I’m going to show you where this lovely labia leads – see you there!” She then emerges from a pink washing machine on the other side, declaring herself “rebirthed and cleansed.” The tunnel itself features padded walls, feathery curtains in the shape of labia, a dangling ornament resembling a clitoris, and even a golden piercing. 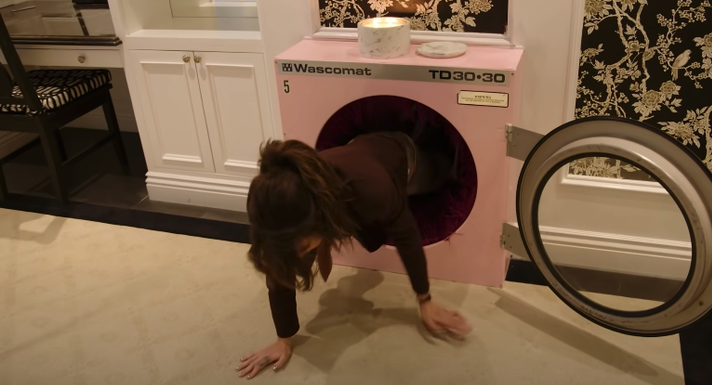 The vagina tunnel is just the loudest, weirdest thing in Delevingne’s eye-popping abode. Architectural Digest describes it as “Saint-Tropez meets Coney Island meets Cotswolds cottage meets Monte Carlo meets butch leather bar,” and that only scratches the surface of just how kooky and eclectic it really is. Designed with the help of architect Nicoló Bini of LINE Architecture, Delevingne’s home reflects a love of nature in the form of outlandish heron-patterned wallpaper, a snake carpet in the billiards room, a leopard carpet on the stairs, bird sculptures by Mexican artist Sergio Bustamante, and an abundance of houseplants and dried greenery. 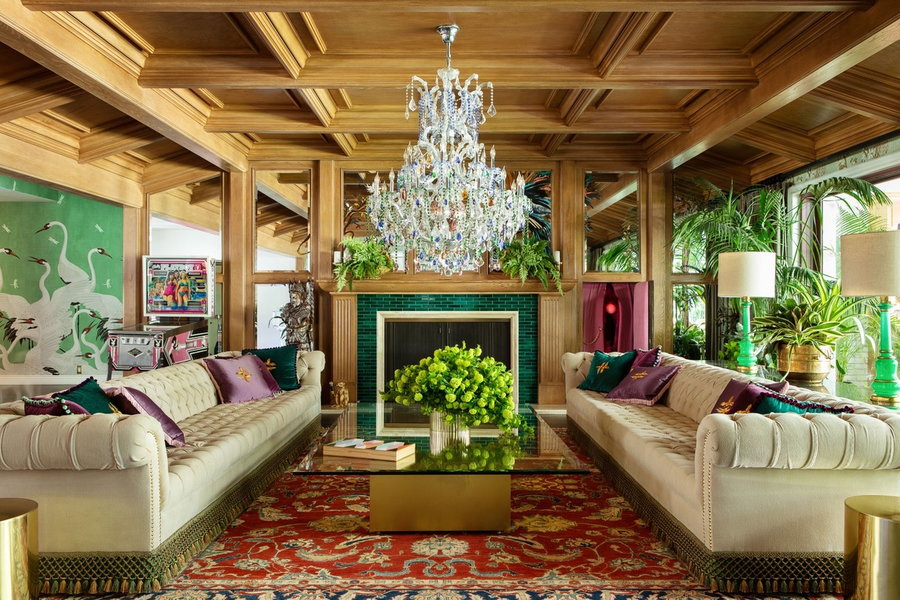 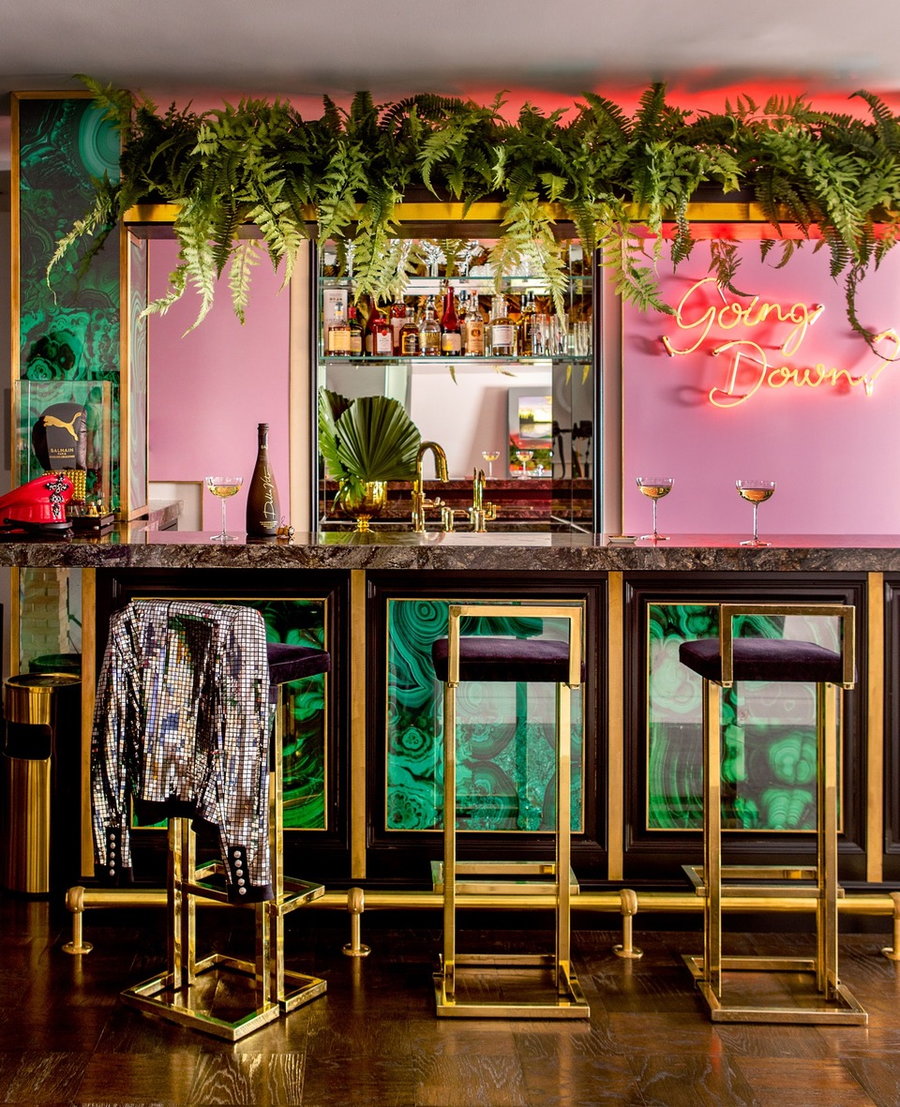 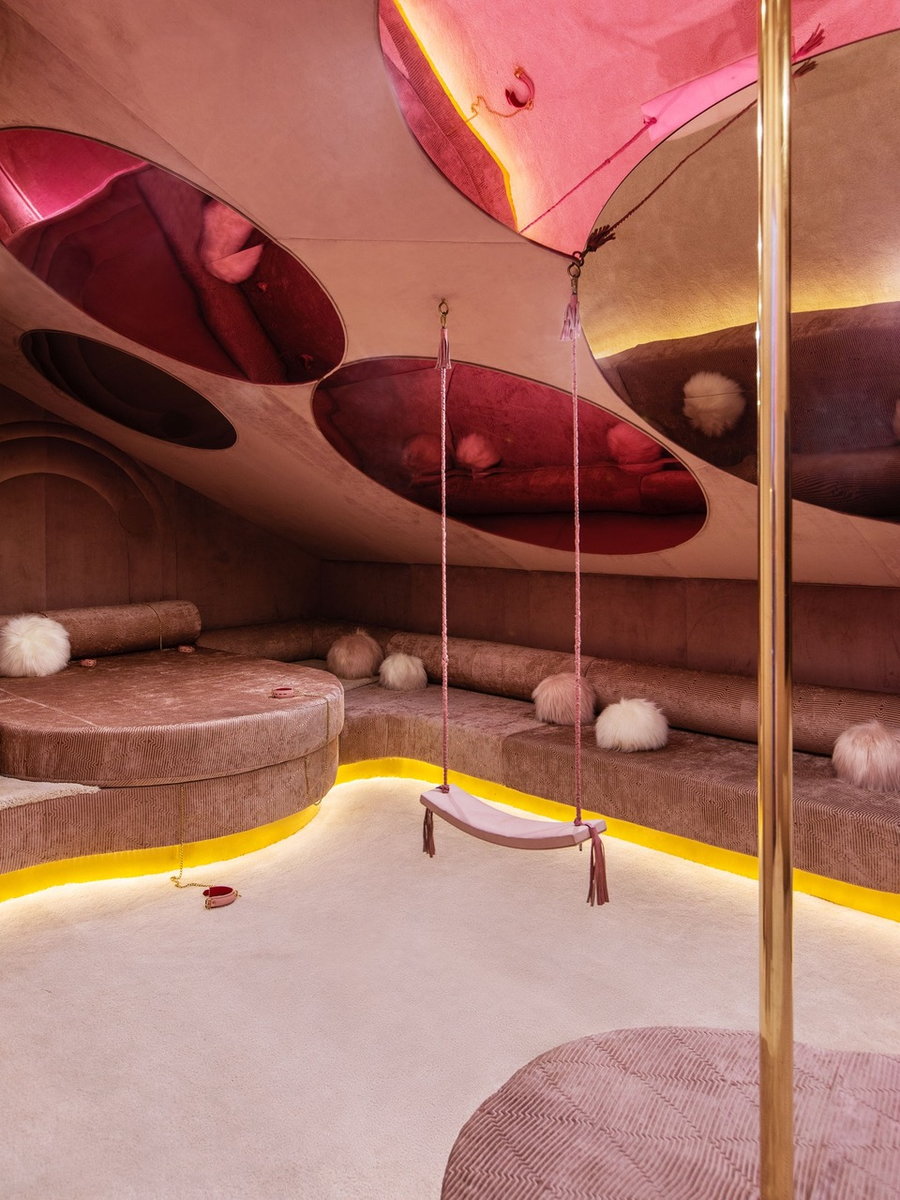 It’s also a bit cheeky, like the model/actress herself, and the vagina tunnel clearly reflects that vibe. Delevingne wanted the house to feel like “an indoor/outdoor playground by way of Alice in Wonderland.” She incorporated a ball pit, a costume room for dress-up parties, a wall of weird hats, and two trampolines into the design, along with what Delevingne calls her secret “pink pussy palace” featuring serpentine seating, a fringed swing, a mirrored ceiling, and a stripper pole. 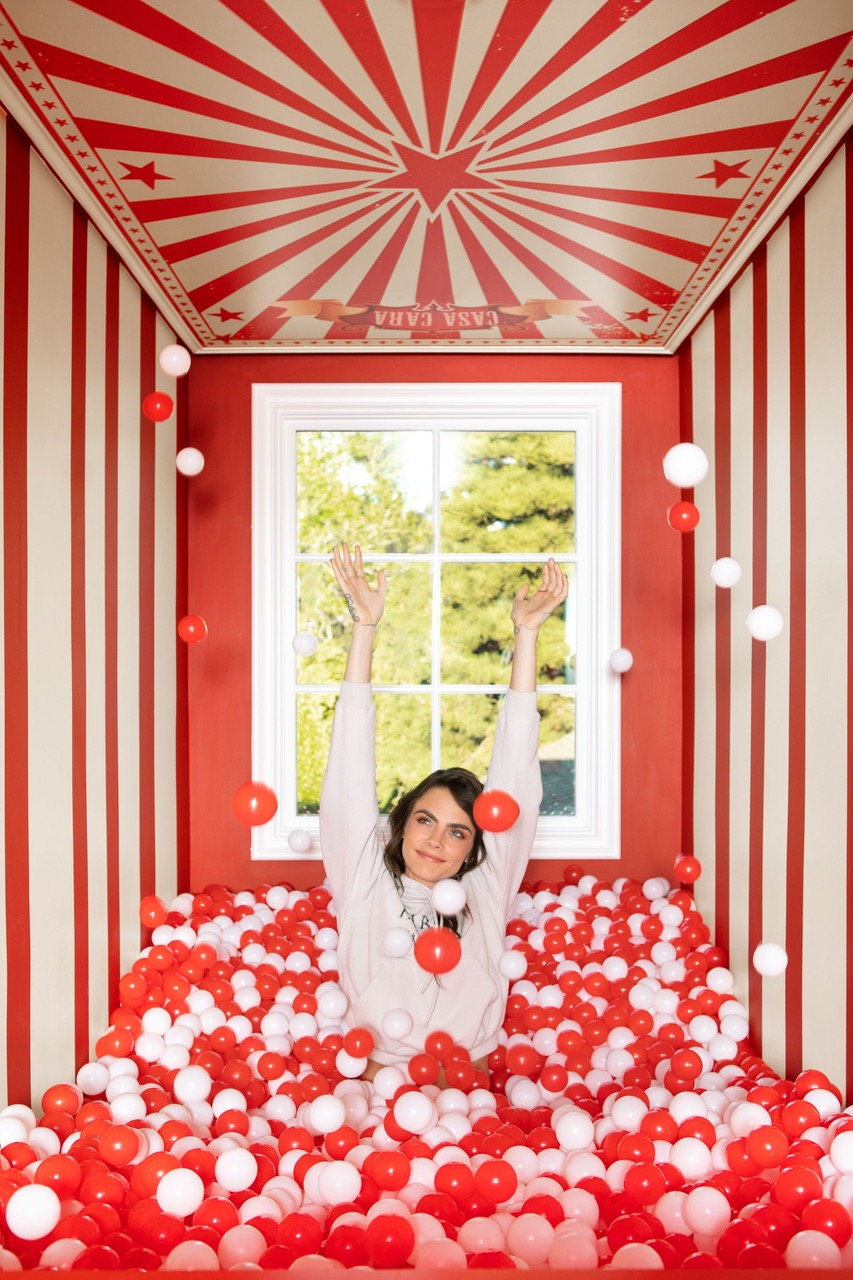 “My work requires me to put on many different hats and costumes. I love slipping into these various characters, so I wanted my home to reflect lots of different themes and moods,” she says. “If I’m having a bad day, I just hop in the ball bit. You can’t really cry in a ball pit.”

The vagina tunnel may not be to everyone’s taste, but how about a David Bowie-themed bathroom, a David Lynch-inspired poker room, or a Chemical X sculpture made of thousands of ecstasy pills suspended in acrylic? Just kidding, those things probably aren’t for everyone, either, nor should they be. The house reflects the highly specific personal style of this gender fluid pansexual iconoclast, and it’s a great example of how interior design could be a lot less boring if we all just let loose a little bit and embraced the things that make us unique. Maybe that doesn’t mean installing a vagina tunnel of your own (unless you’re into that), but it’s fun to think about what your version of that outrageous madcap no-holds-barred feature might be.