Since 1986, the Burning Man festival has drawn an increasing number of visitors to Nevada’s Black Rock Desert. With each passing year, the festival’s spectacles, including concerts and freestanding art installations, become more numerous and fantastic. For the 2018 event, BIG (Bjarke Ingels Group) architects Bjarke Ingels and Jakob Lange have initiated a fundraising movement through crowdfunding website Indiegogo to erect an enormous, inflatable mirrored sphere called “The Orb.” 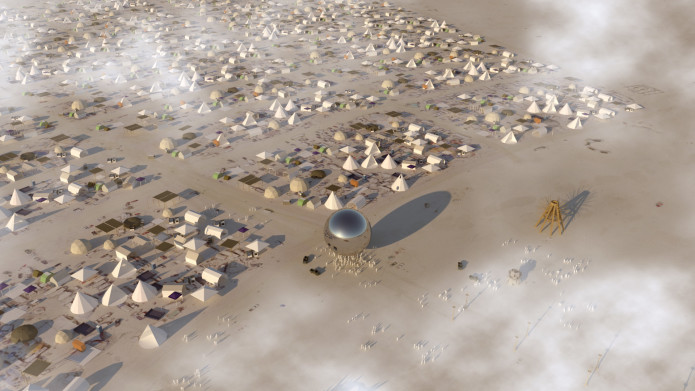 Attached to the ground by a 35-yard inclined steel mast, the Orb would pump up to almost 100 feet in diameter when set up (roughly one 500,000th the the size of the earth’s surface). The sphere’s mirrored exterior would reflect the teeming crowd during the day and radiate light from within at night. A description on Indiegogo reads: “The Orb is a mirror for earth lovers — replicate the passing daytime, evolving life, and other artworks beneath it — a new planet to sci-fi fans, a wayfinder for travelers, or just a huge disco ball to those who love a good party. Visible from most of the playa, it will help Burners navigate the desert and find their way.”

The pair is hoping to crowdfund $50,000 to build the exhibit, which is currently slated to be on display from August 26th to September 3rd. At the time of writing, the campaign had already generated $11,945. BIG architects and artists have already put a lot into the project, procuring some 21,528 square feet of reflective material and 30 tons of steel and investing about 1,000 hours of professional welding in it. The funds raised from the crowdfunding campaign will cover the costs of foundation anchors, fans to inflate the sphere, the mast, and the base plate. 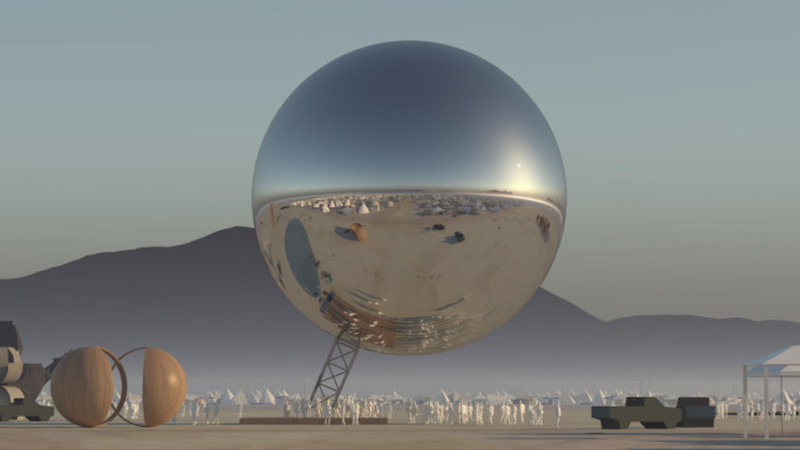 To sweeten the deal, people who donate $50 or more to the Indiegogo Burning Man fund are guaranteed some pretty cool prizes. For 50 bucks, you get a collectible set of 10 postcards illustrating the design of the Orb. Double that bequest to $100, and you’ll receive a small engraved sphere depicting the Orb. A personal tour inside the actual Orb will run you a cool $5,000. 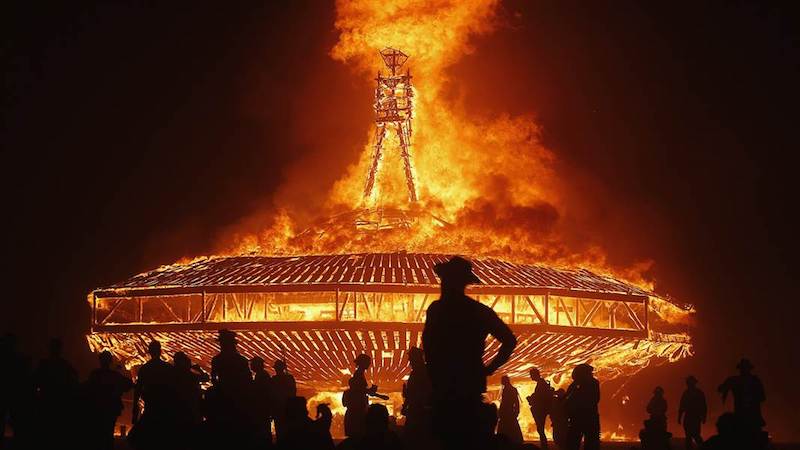 Larry Harvey and Jerry James hosted the first Burning Man festival 32 years ago in 1986 on San Francisco’s Baker Beach. Nowadays, it’s held once a year in Black Rock City, a transitory community built in the Black Rock Desert of northwest Nevada — about 100 miles northeast of Reno.

The ritual traditionally begins on the Saturday evening of the festival, running through the last Sunday in August and well into the first Monday in September, Labor Day. A tribute to Larry Harvey is expected to be held at this year’s event, as he passed away in 2017.