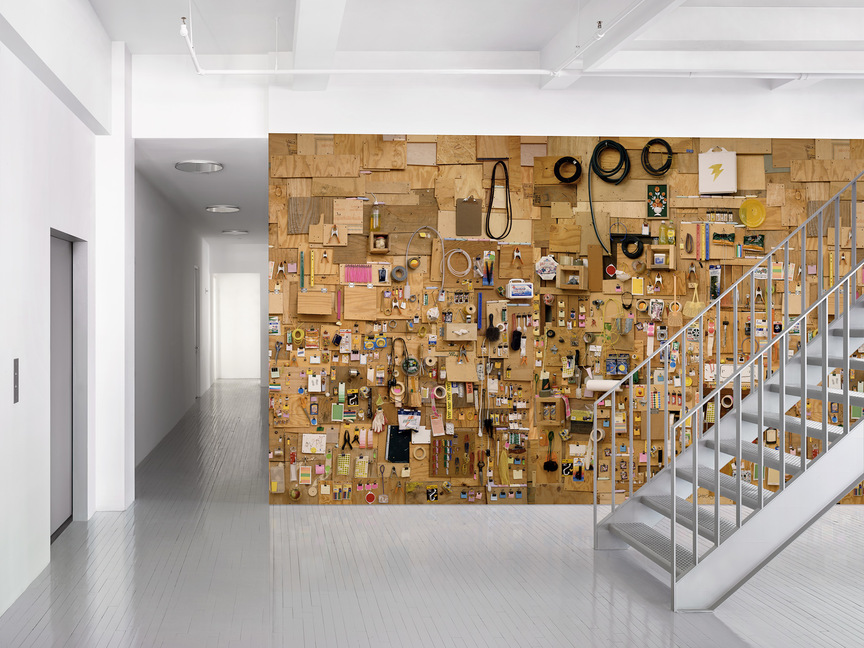 We spend time and money trying to hide our messes, but at the end of the day, often keep track subconsciously of where all our stuff is anyway. What if we were to celebrate disorder and couple it with accessibility? 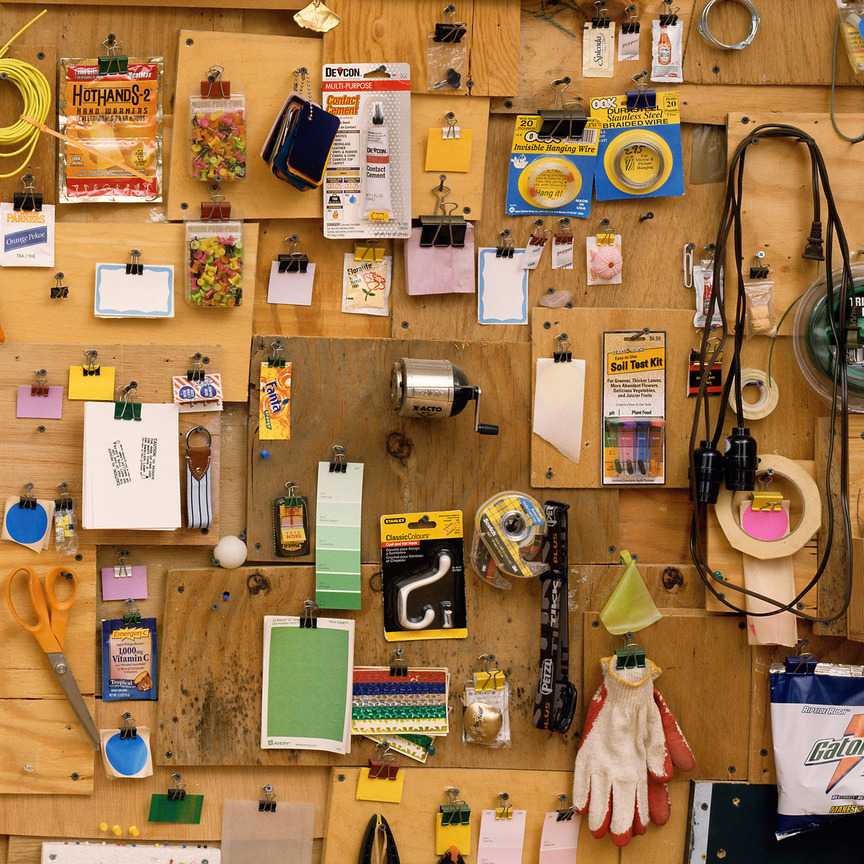 Phoebe Washburn is actually an artist, not organizer, by trade, but there are interesting lessons to be taken from this installation project.

In her case, the wall is composed of overlapping slats of found wood, given it depth, dimension and just a hint of chaos – layered on top are other found objects, at once disorganized but hinting at shed pegboards and other functional storage systems.

“Phoebe Washburn was born in 1973 in Poughkeepsie, New York. She received a BFA from the Newcomb College of Tulane University in 1996 and an MFA from the School of Visual Arts in New York in 2002. Since her first one-person exhibition in New York, at LFL Gallery in 2002, Washburn has constructed monumental installations from detritus found in city streets. In this early exhibit, the imposing materiality of her piece Between Sweet and Low (2002), crafted from a hefty 2,500-plus pounds of cardboard and thousands of drywall screws, overwhelmed the ceilings and walls of the gallery, even encroaching on areas like the reception desk and office.”

“The similarly bulky raised installation True, False, and Slightly Better, produced at Rice University in 2003, appeared from the front to be bolstered by not much more than some rickety-looking wooden ladders and a few plastic chairs that buckled under the enormous weight of a densely shingled cardboard construction. For Heavy Has Debt (2003), Washburn built a colorful patchwork cardboard structure along the curve of a ninety-foot long wall at Rice University. While the shape and scale were visually akin to Richard Serra’s Tilted Arc (1981), Washburn’s employment of a pastel palette, humble materiality, and craft-like construction bespoke the radical and playful differentiation between her own work and Serra’s sculpture.”