Large areas of Jakarta, Indonesia’s capital city, are expected to be underwater by the year 2050. The city is already sinking an average of 6.7 inches per year, one of the fastest rates in the world, and 40% of its land mass is below sea level because of poor urban planning on land that was once swamp.

With a population of about 10 million residents that is rising every day due to an exploding economy, Jakarta is growing increasingly overcrowded. By the year 2020, the population of the Greater Jakarta area could reach 35 million. As it sinks, the largest city in Southeast Asia will have to find somewhere to put all of those people, especially as resources and housing grow more scarce.

In response, Indonesia’s government has come up with a dramatic plan to move the capital to a brand new city on the island of Borneo at a cost of roughly $33 billion USD.

As you might imagine, that is a tall order. The government has been throwing this idea around for decades but put the idea aside when it imagined that building sea walls might solve the problem. But ultimately, as the climate crisis progresses, millions of people will have to move. Officials plan to transfer administrative functions to Kalimantan, the Indonesian portion of Borneo.

Moving a capital city to a new location has been accomplished many times before in other countries, so the idea is not as far-fetched as it sounds.

Pending approval by parliament, construction would begin next year, with 1.5 million civil servants beginning to make the move by 2024. Millions of residents are expected to stay put, especially those without the financial resources to move. 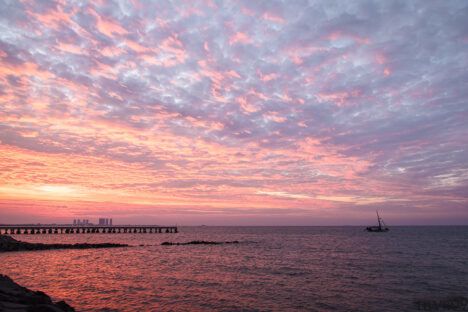 In an editorial for The Independent, journalist Hans Nicholas Jong worries that the move will have ecological consequences. Though the government has promised that the city will be built in a way that won’t harm the environment, experts say there are still a lot of questions that must be answered before it can be considered a “green” undertaking.

“For instance, could deforestation be truly avoided when building the new capital city?” Jong asked. “A recent study evaluating ongoing and planned large-scale road-building projects in the Indonesian part of Borneo island shows that they will lead to further fragmentation of forests resulting in a drastic reduction of forest habitat accessible to wildlife, including critically endangered species such as Bornean orangutans.”

What will this brand new city look like? That is anyone’s guess, and it will be interesting to see whether the government holds an international architecture competition to design it.

“The location is very strategic — it’s in the center of Indonesia and close to urban areas,” said Indonesian President Joko Widodo in a televised announcement. “The burden Jakarta is holding right now is too heavy as the center of governance, business, finance, trade, and services.”

The land mass of Kalimantan is almost four times bigger than that of the Jakarta area, but it currently accounts for less than a tenth of gross domestic production, according to The Guardian. Its population density is 38 times lower than that of Java, making it a seemingly ideal choice.

Images via Flickr CC by 2.0: The Diary of a Hotel Addict, Raysha Syaiful