Landmark buildings never fail to impact their home cities, regardless of the intentions of their architects and developers. For that reason, a landmark building should always use the same visual language as the neighborhood in which it’s established — even though that language might take on a slightly different accent.

When it comes to the visual language that the new Norra Tornen brings to Stockholm, it looks the city may need a little help in the way of translation. 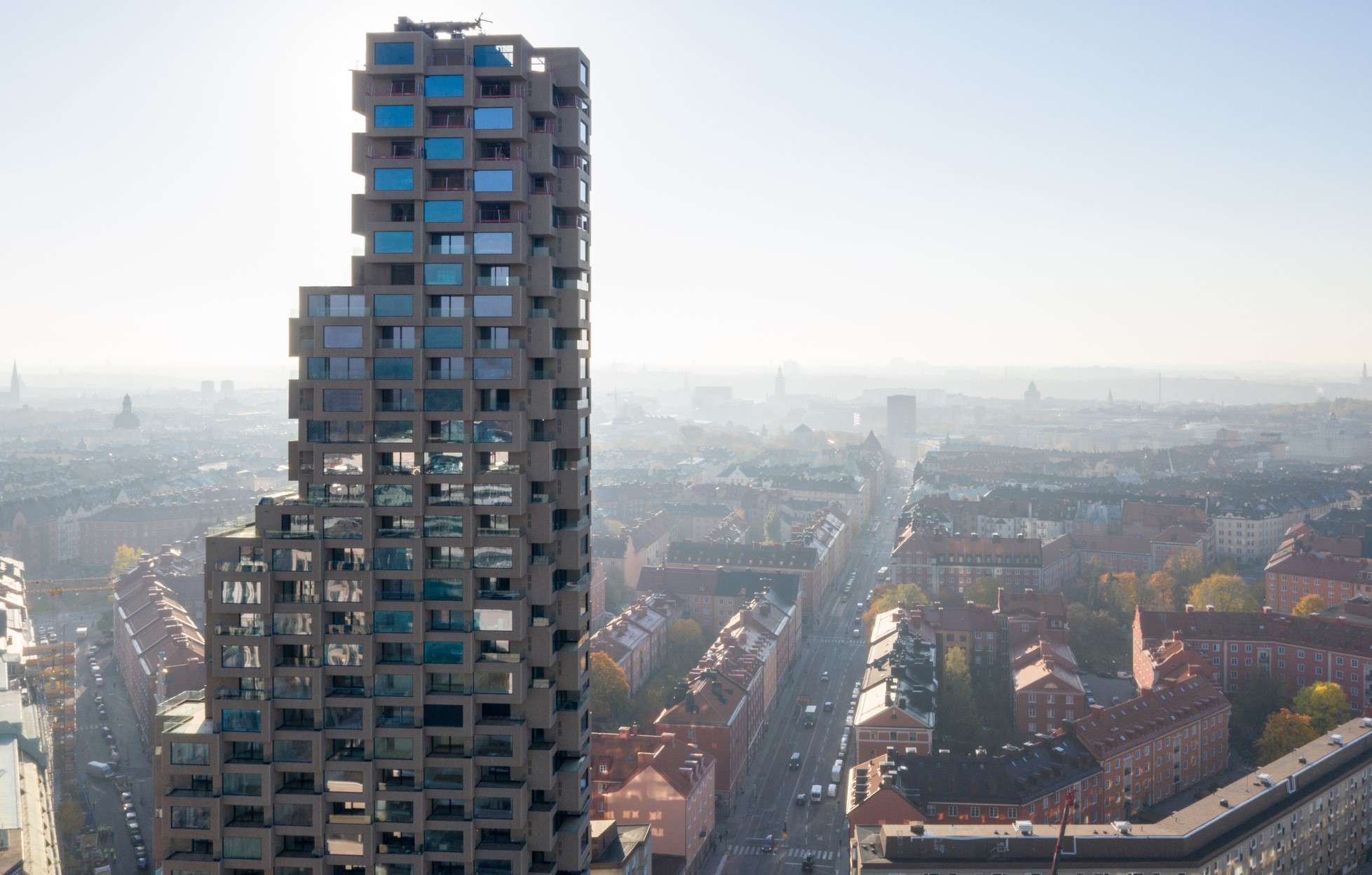 Norra Tornen (Swedish for North Towers) is a landmark project being built in the city’s Hagastaden district, consisting of two swanky residential towers. The first of these structures, the 35-story Innovationen Tower, was completed in November of 2018, while the second Helix Tower is expected to be finished in 2020. Despite being half-done, the complex is already the tallest residential project in all of Sweden. 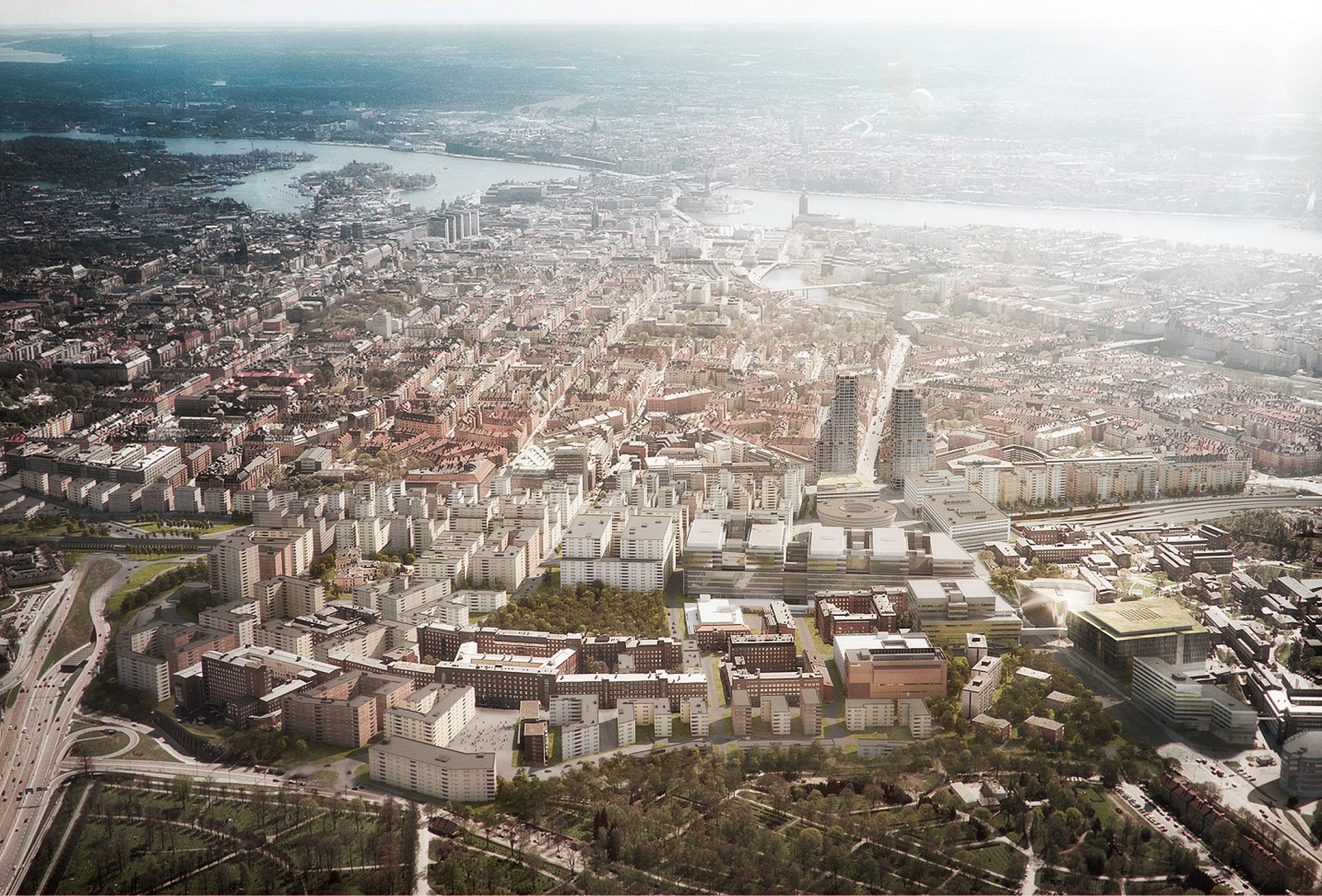 Compared to the rest of the neighborhood, the OMA-designed Norra Tornen seems to be speaking an entirely different language, and doing it loudly at that. With no other precedent to compare itself to or communicate with, the towers struggle to relate to their surrounding low-rise context.

While juxtaposition can be harmonious in architecture, allowing the best qualities of disparate styles to really pop while remaining respectful to one another, Norra Tornen strikes no such balance. With the béton brut of Brutalism, the project tries to relate to its brick-clad neighborhood, but its size and height negates all of its efforts. The only respect shown here is to the country as a whole, with the towers’ fluted façades being made up of colored concrete panels made entirely in Sweden. 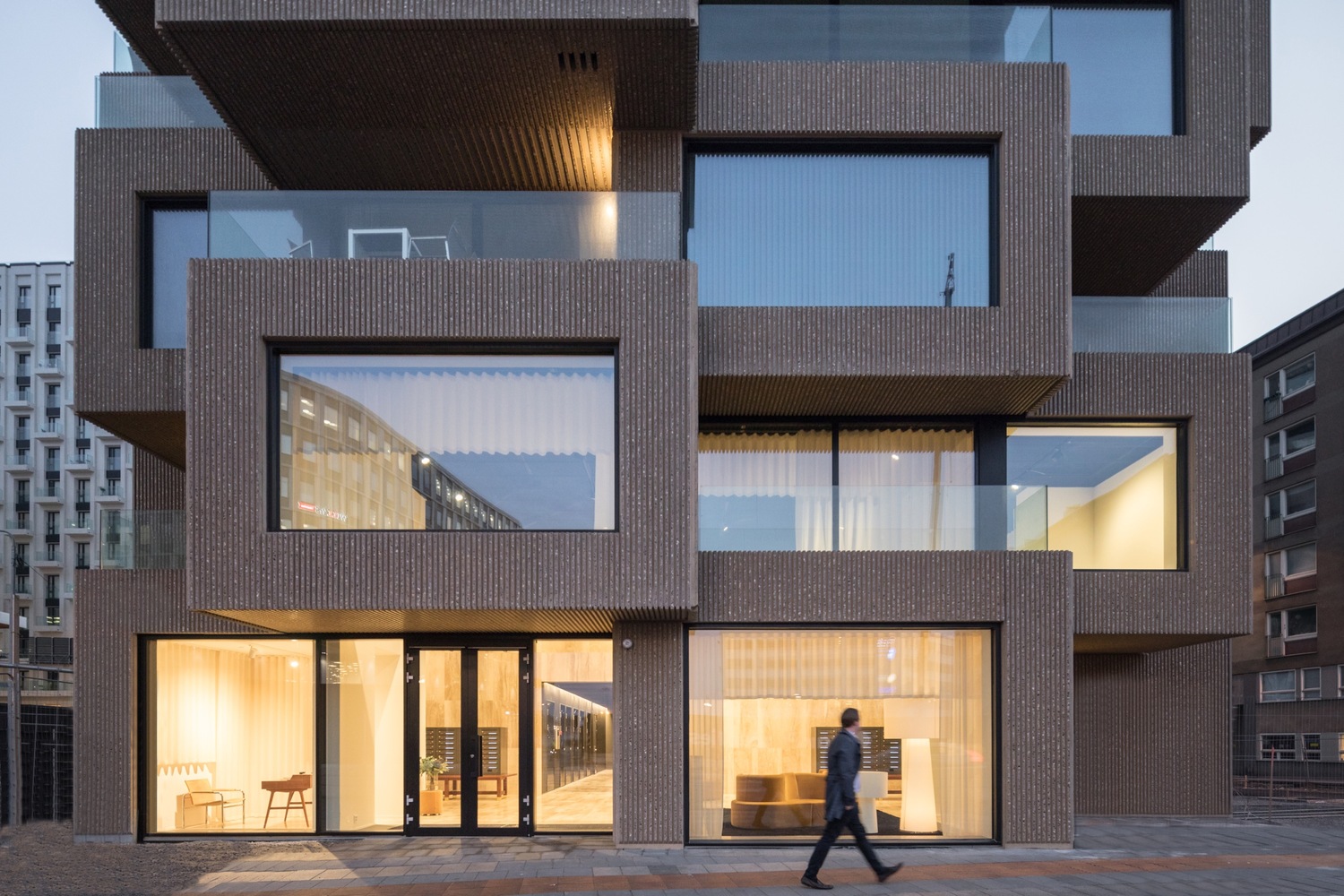 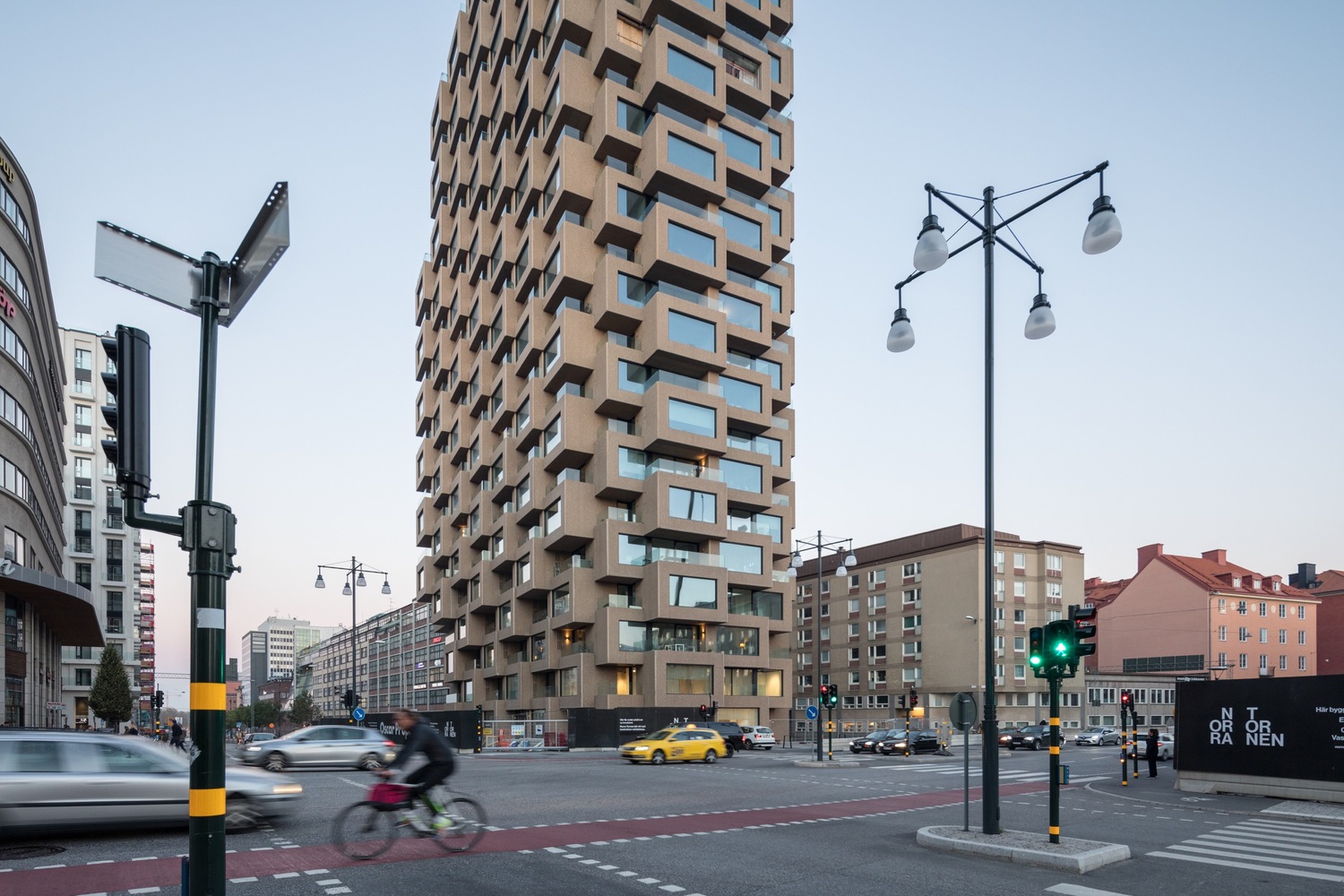 To fill in some leftover space on the site, the base of each tower has been slightly twisted, which at least makes the buildings look less bulky at street level. That’s just one of two pleasantries Norra Tornen exchanges with the rest of Hagastaden, but even here things feel inappropriate. The windows of the project are out of scale for the area, making the whole thing feel as if storefronts have been stacked to make a 460-foot-high complex. The upper-middle class and upscale residents will love it for its abundant natural light and warmth, as well as the level of emotional well-being it’ll bring them. But did the windows really have to be that large? 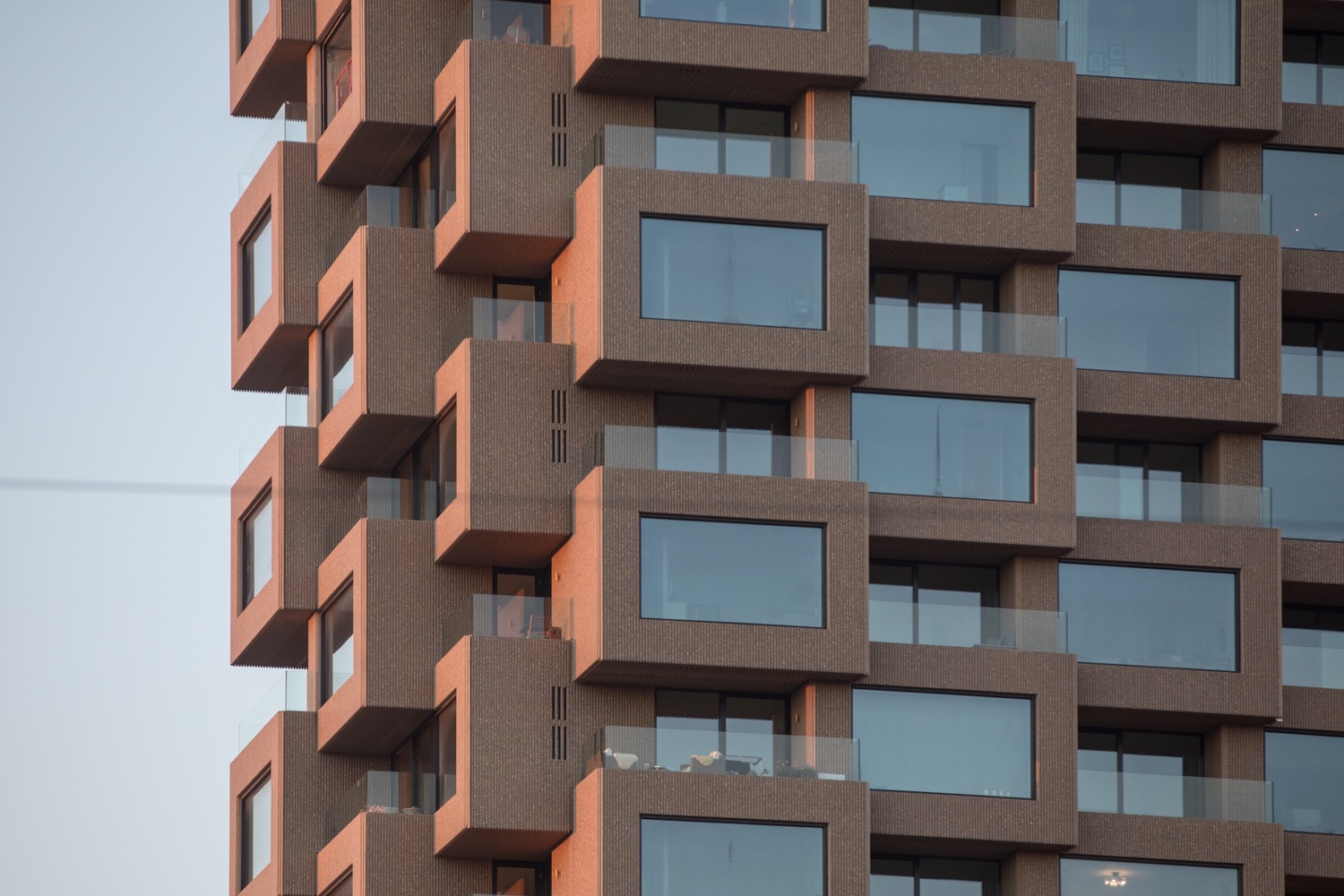 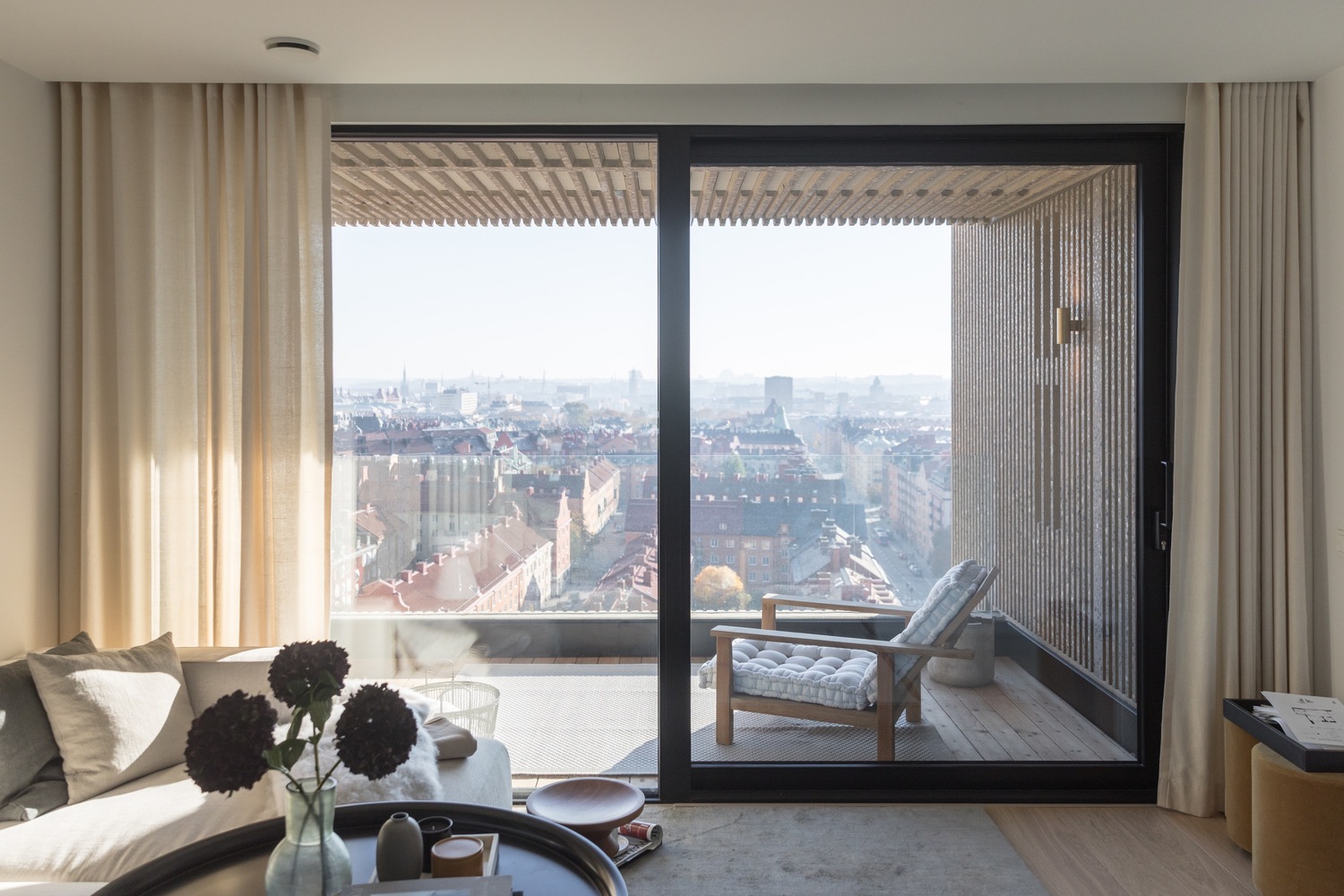 The second positive is the way the buildings taper as they rise, consequently reducing the presence of their shadows in the surrounding neighborhood. Unfortunately, it just reads like one of those standard apologies that follows architectural narcissism. You can almost hear the architects using that tapering to defend the project in public consultations, which is why feels like little more than a token design move — one normally enforced by city bylaws and local design standards anyways. 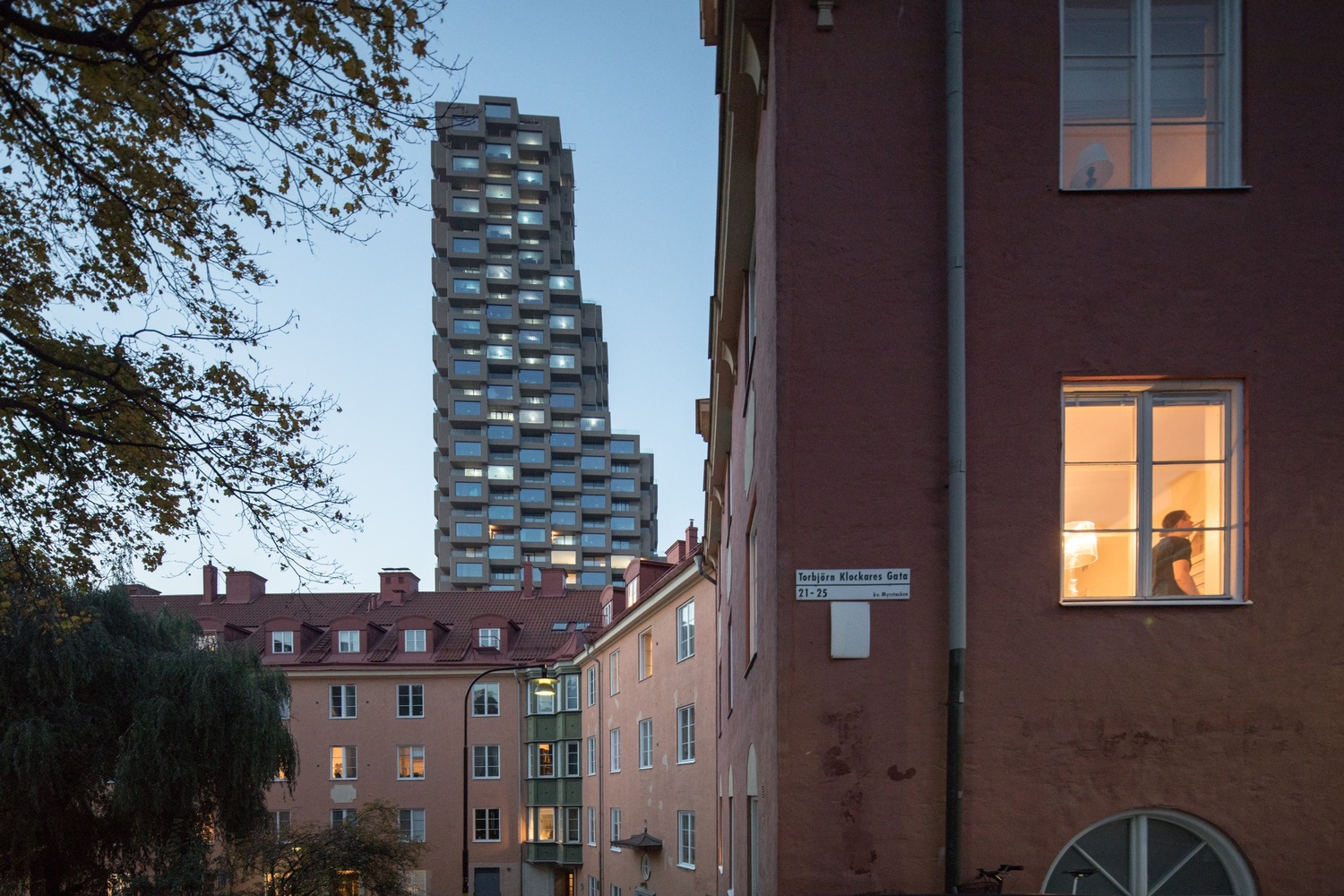 When all is said and done, Norra Tornen is as much of a social media landmark as it is an investment for wealthy Swedes. The problem with buildings that grab your attention online is that they do not always translate well within their geographic context. In cities where too many of these buildings are erected, their impact becomes the equivalent of a a noisy out-of-control party with distinct conversations happening all throughout. The Innovationen Tower will just have to talk to itself until Helix arrives.