If you want to know what architects would design if they were given unlimited budgets and placed under minimal regulatory constraints, just look at their speculative work. There you will find projects ranging from theoretically possible to practically outlandish. Although these projects may never be built, they still encourage us to ask pertinent questions about our built environment. By looking at two proposals (both of which were made public in the same week) from 2017, we can see how speculative designs contribute to meaningful discussions.

When Clouds Architecture Office proposed the world’s tallest skyscraper in late March of 2017, few people took it seriously — including this writer, who thought that it was nothing more than an early April Fools’ joke. The Analemma Tower would have no foundation, because it would be suspended from space by an asteroid. By a process Clouds AO calls “Universal Orbital Support System,” an asteroid would be placed in orbit 31,000 miles above sea level, with high-strength cables attaching it to a 101,706-foot-high building. The highest points of the building would be tens of thousands of feet above all commercial airline traffic. 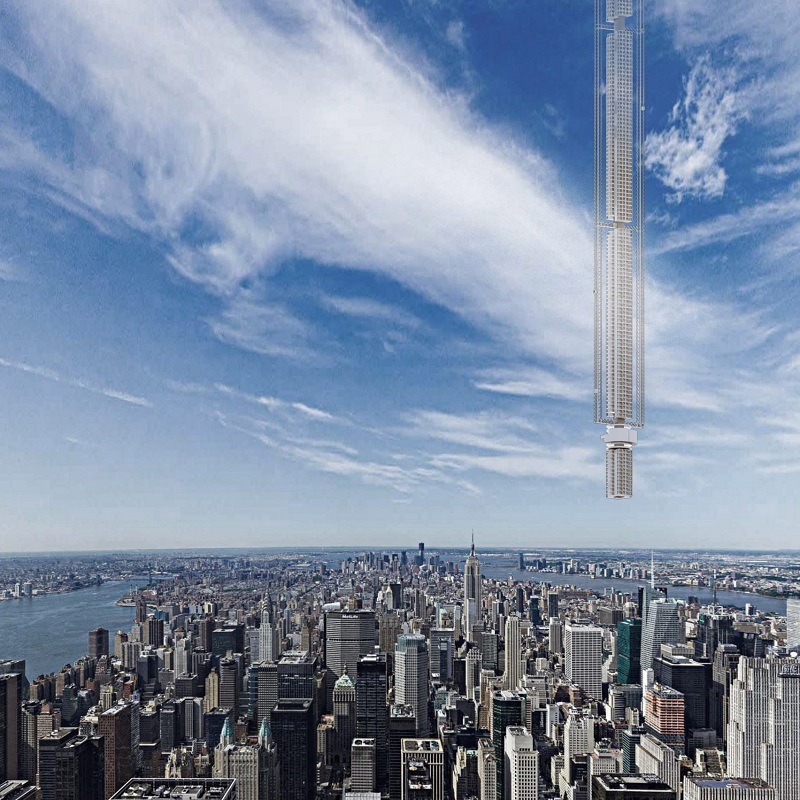 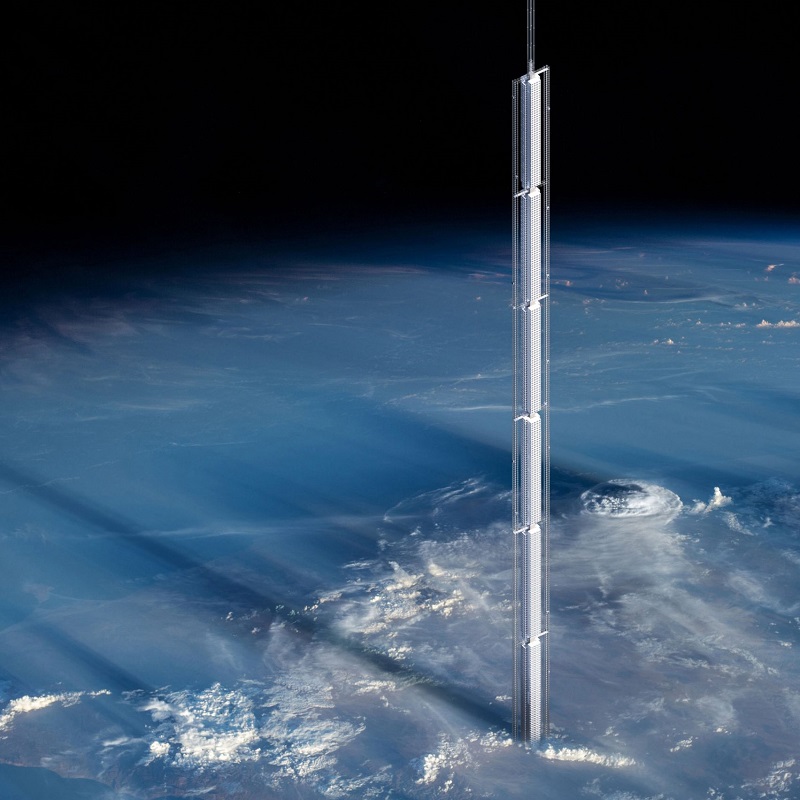 Coming back down to earth, which according to Clouds AO would be accomplished by way of parachute, let’s take a moment to really think about this proposal. Despite the detailed explanation and research put into the Analemma Tower’s design, it all seems extremely doubtful. Nonetheless, the project still adds to the discourse on living off-planet and allows us to see what such a notion might realistically entail. Are proposals like these just admissions that our planet is doomed by climate change and that we should explore other living options? Do we feel comfortable with the built environment reaching into the clouds? What will humans living in the sky do to the environment? The Analemma Tower may be a fantasy, but the questions it raises are all pertinent.

Before you dismiss Clouds AO as being run by dreamers, you might want to know that they are currently one of just four finalists in New York’s “Gateways to Chinatown” design competition. Their proposal comprises a contemporary moon gate structure and some public space on a triangular concrete island. 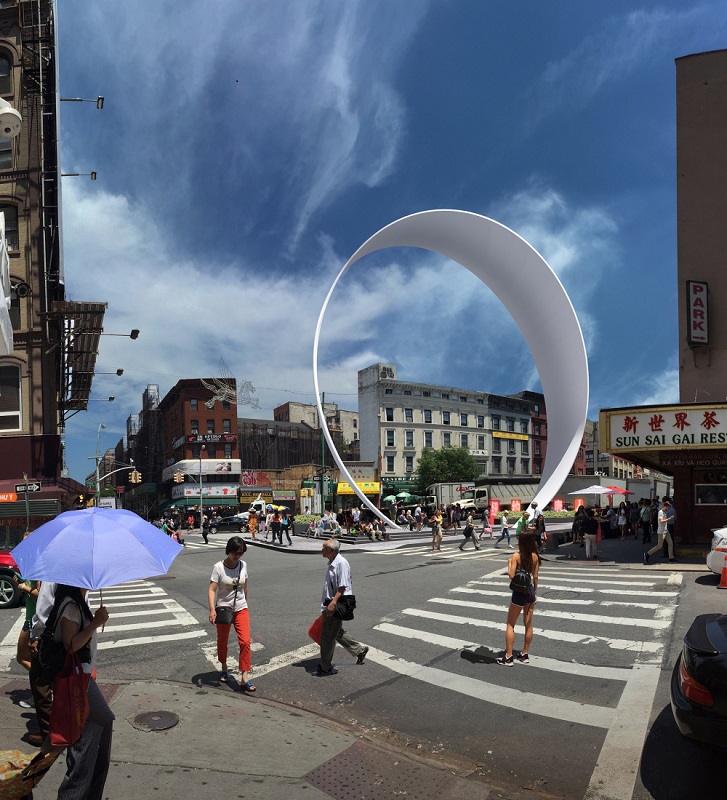 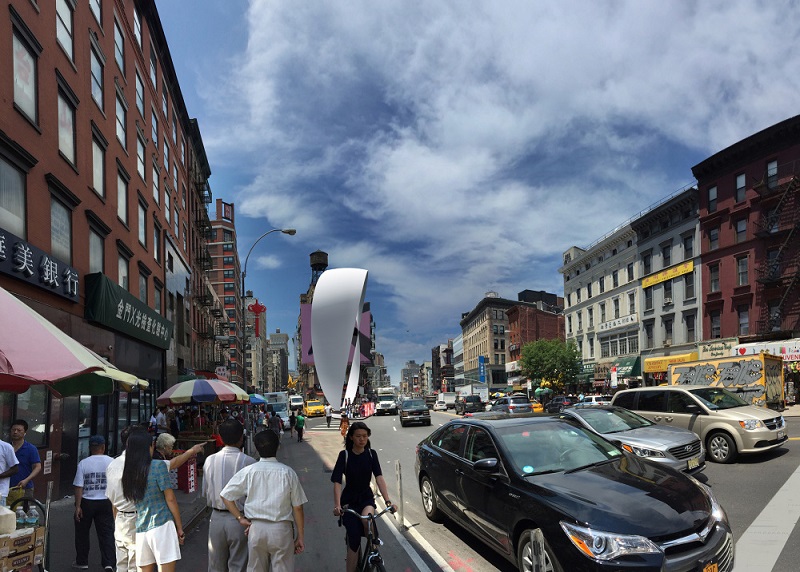 Whereas the Analemma Tower goes way up, the “Big Bend” proposal by oiio goes up and comes back down. Conceived of as a response to the increase in tall and slender residential towers in New York City, the Big Bend would be the longest building in the world at 4,000 feet. But like Yitan Sun and Jianshi Wu’s 2016 eVolo competition entry of a sunken skyscraper bordering Central Park, the Big Bend is simply an inelegant idea. To be fair to oiio, the project is more of a critique of New York’s zoning rules than it is an actual proposal, and its absurdity still generates discussions about the types of cities that we want to live in, which is exactly the point of it. Do we want the future of our cities in the hands of crafty developers? Is there such a thing as too much density? Do we want horseshoe-shaped buildings in our cityscapes? 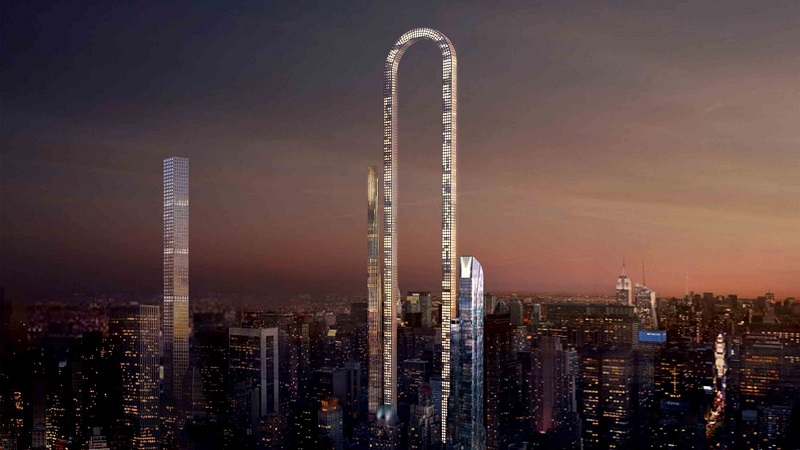 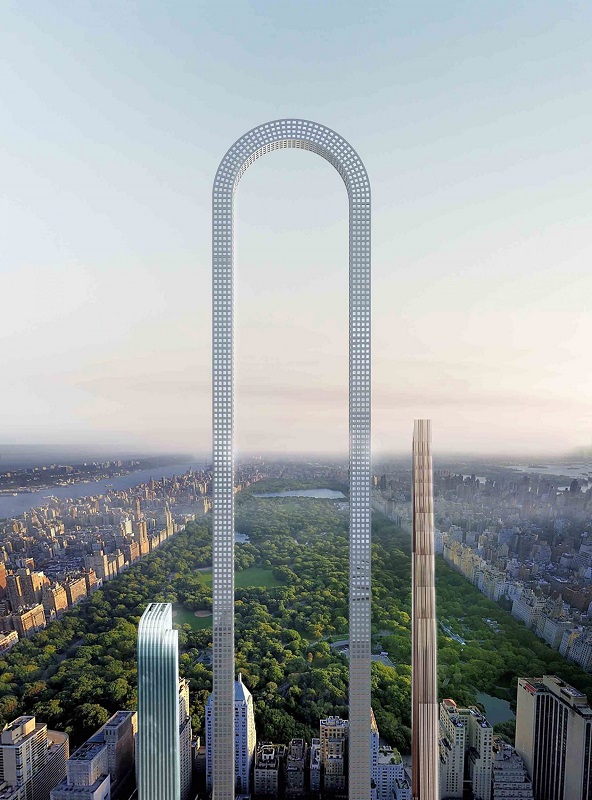 Speculative projects are often ignored because of their outrageous ideas and lack of intelligible solutions. However, it is not so much the proposals themselves that matter, nor the imaginations of the architects, but the commentary that each proposal makes, intended or otherwise. When speculative designs contribute to meaningful discussions, they are also contributing to a general body of knowledge that can be used to develop more realistic solutions in the future.