Choosing a house is one of the most difficult decisions that a person can make, especially when they’re considering all of the options that are currently on the market. Some houses are too big, while others are too small. Some are too far away from work, while others are too expensive. And those are just a few of the variables that make the decision so challenging.
HABX, a French startup that gives homebuyers the option of informing the design of their houses from start to finish, is hoping to streamline the decision-making process by turning it into a user-generated process. It is the first ever on-demand platform of its kind in the world, and it hopes to yield homes that people both want and need.
Typically, affluent homebuyers could just hire an architect, an interior designer, a contractor, and other consultants to design and build a custom home for them. That form of user-generated housing is not new. The novelty of HABX lies in its ability to make custom-built housing available to the average person. 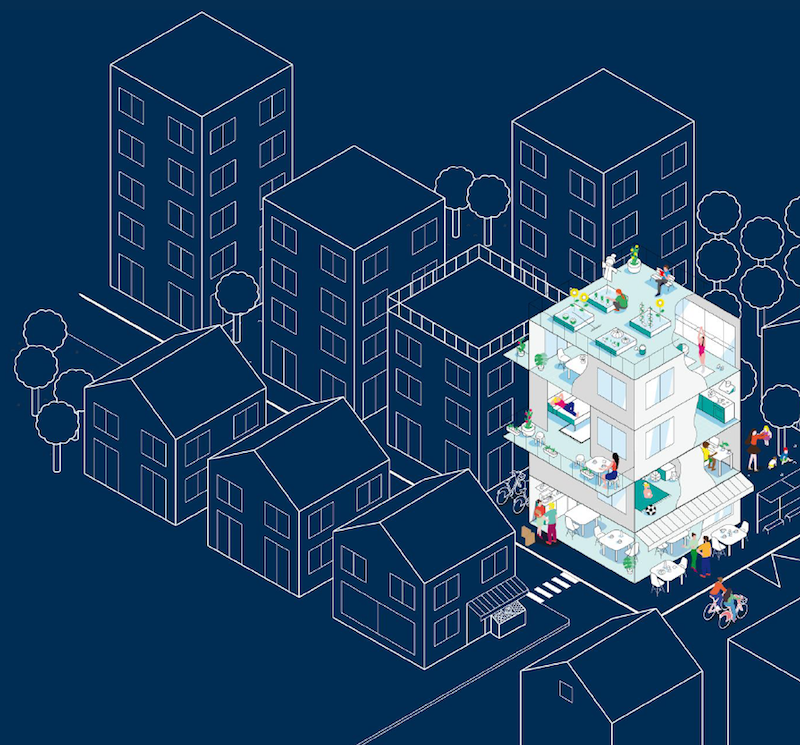 With HABX, customers first choose a neighborhood in the city where they want to live. Secondly, they place their order, providing information on what they want based on their budget. That information includes their home’s ideal spatial organization and number of rooms, the required size of each room, and where they want the windows.
Customers choose what they want within the framework of the local building codes and city bylaws. For instance, if a city’s bylaws restrict the number of windows on a certain façade, then the customer can only select window choices up to that limit. All of this information is eventually sent to an architect and interior designer, who in turn complete a plan and return it to the customer for approval. If any changes are required, a team of design consultants goes about setting things straight. Finally, the home or unit gets built.
HABX currently has 20 projects under construction in France, with another 150 still being designed. In 2017, the company helped customers design 260 condo units, and since the company’s inception in January 2016, they have received 2084 applications for their services. 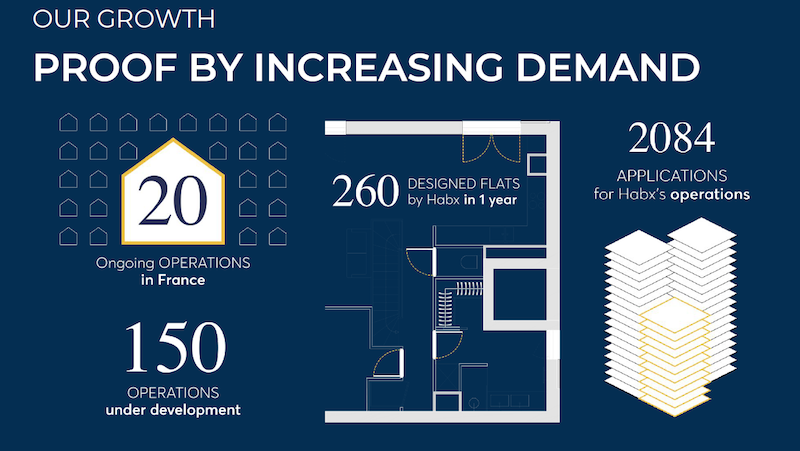 Edison Lite, a six-story building under construction in Paris, contains 21 apartment units, and 35 percent of them are intended for social housing. The building was designed by Manuelle Gautrand, an architect who used user-generated data from HABX as the basis for laying out the units. Prospective tenants made their selections in February of 2016 and received first drafts from Gautrand just two months later.
The tenants then asked for adjustments to be made the plans, which she returned to them in September 2016. By December of 2017, there were enough tenants to start constructing the building, which is scheduled to be completed by March 2019. By only giving people want they want and need, the units at Edison Lite are said to be 30 percent cheaper than the majority of those on the market. Smaller, user-generated units meant more space left over for amenities that the users specifically asked for, including vegetable gardens, arts and crafts workshops, and a multi-purpose events space. 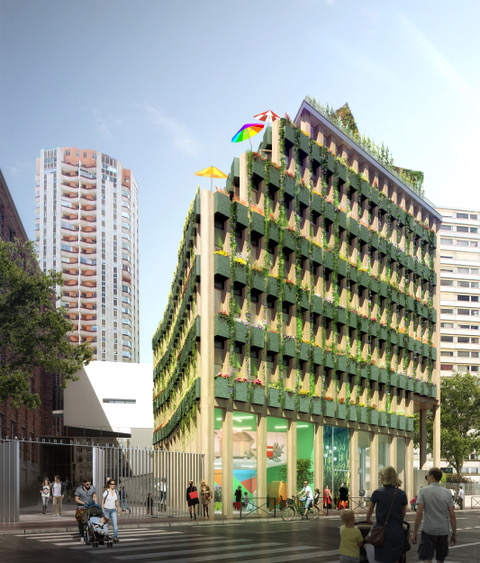 Continue reading below
Our Featured Videos
“Standardized housing wastes too much space,” explains HABX President Benjamin Delaux, who adds that: “we can make housing cheaper because we only give people what they want.” According to research by Real Estech, a Paris-based incubator of real estate startups, 72 percent of all housing in France does not provide the things that the population wants, despite the fact that six out of ten people are searching for their dream home at any given time. On average, a French household can afford around 248 square feet of space. By placing the customer at the center of the design process, HABX wants to revolutionize the French housing market for everyone in the country, not just for a wealthy few. “Until now, almost everything was customizable, from sneakers to cars, with the exception of housing. Now, we can do it with HABX technology,” says Delaux.
It almost seems counterintuitive that customized housing would be more economical than standard units. Standardization is often seen as the easiest and cheapest way to design and build housing. Unfortunately, that cookie-cutter approach has gone on to plague many of the world’s cities — which is exactly why in February of 2018, HABX raised €12 million to support its growth throughout France. Clearly, they want to become a key player in the development of French smart cities.
For Mathias Flattin, the VC Investment Manager at XAnge, the choice to fund HABX was made because of the global implications of building only what the inhabitant wants. “By placing the future inhabitant at the center of the process, from the very beginning of the construction project,” he says “HABX enables developers to build faster real estate property better adapted to the real needs of future residents and at optimized prices.”
With all that funding, HABX is in the position to grow its business in France and disrupt the national housing industry. They also plan to expand their approach to the whole world in 2019, which could be especially helpful in less affordable cities like London, San Francisco, and Vancouver.