Business professionals who attend conferences often favor more innovative event spaces over hotel ballrooms with classical trimmings, wall sconces, and chandeliers. Such venues are unimaginative, dull, and worst of all, uneventful. Instead, event spaces should be immersive and adorned with both natural elements and temporary landmarks. Otherwise, the main objective of the event — i.e. the fostering of better professionals — will get lost in an experience filled with boredom. In creative event spaces, attendees can be participants and spectators simultaneously. While there are many people who attend conferences to learn, they also use them as opportunities to share their knowledge and expertise with others. To fulfill that desire, those who are responsible for designing event spaces have to create more of an experiential festival atmosphere in them.

Some conferences that are targeted toward business professionals create immersive worlds filled with diversions for attendees to step into. When Adobe put on its Worldwide Sales Conference in Las Vegas earlier this year, the company offered attendees an immersive experience by filling the space with technology, live music, and a dream-like ambiance. For one gala, illuminated balls were hung from the ceiling of a typical hotel ballroom to add a softer layer to an otherwise flat and rectilinear surface. Believe it or not, the simple gesture of giving an event space a colorful canopy actually encourages attendees to network with each other more freely. Now throw in a quartet of violinists, and what would normally be just another business dinner becomes a more relaxed gathering where attendees feel more comfortable engaging with one another. Just imagine the same space without the suspended elements, and you start to get an idea of the forced conversations that might occur — even with the live music there. 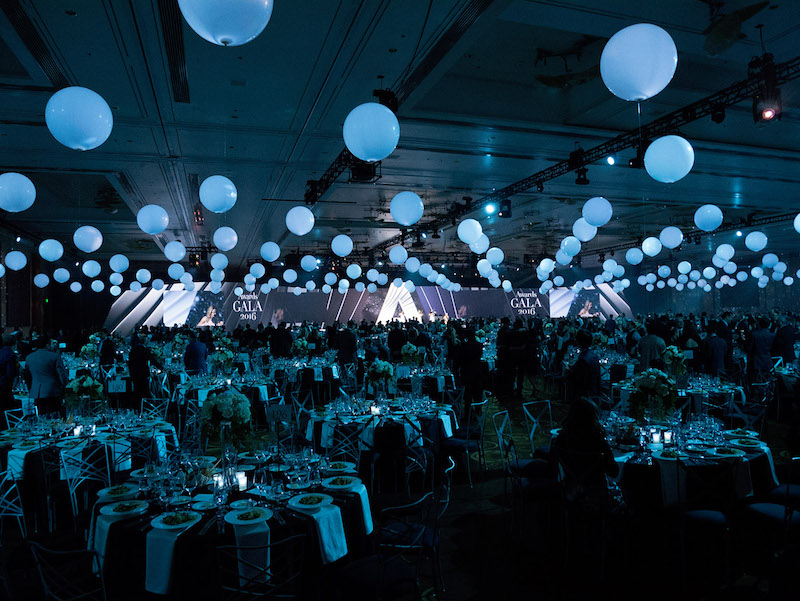 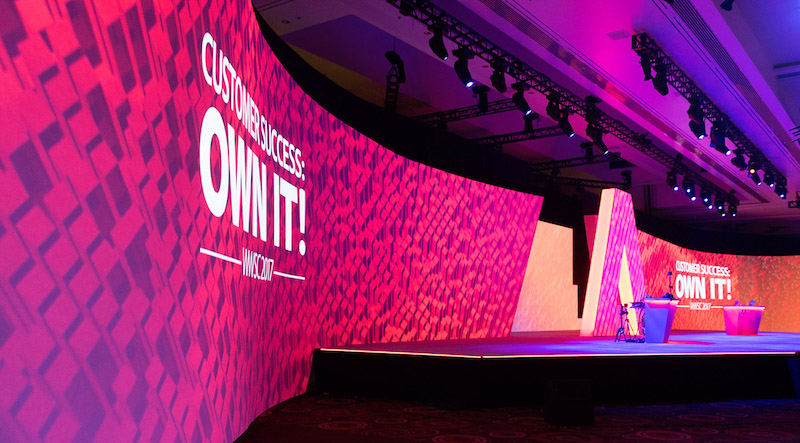 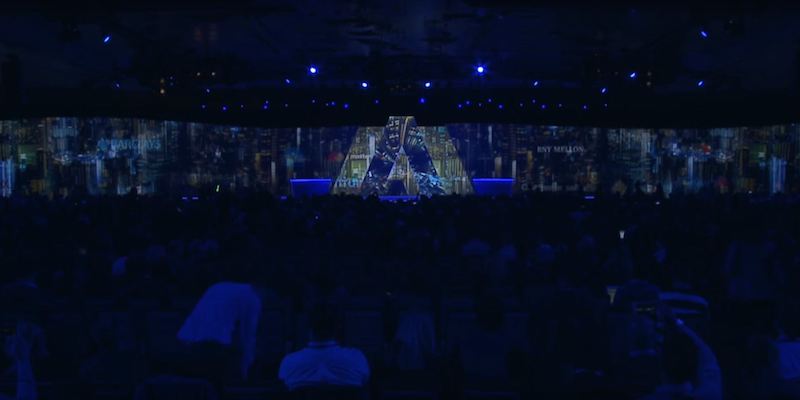 Working nature into an event space helps attendees think more lucidly and can help them be more creative. A 2013 article in The Atlantic explains that natural environments are better for humans’ mental functionality than built environments, mostly because the former evoke calmness. Even when we’re inside of a building, having a view of a natural setting has proven to be more relaxing than having a view of a cityscape. At the 2016 edition of C2 Montreal, a conference that connects creativity and business, a rainforest was constructed inside the event space, with acrobats in aprons swinging through some of the scaffolding used to make it. Attendees were given partners at random and asked to walk through the forest under a pathway of rain as they shared an umbrella. The idea behind the umbrella-sharing exercise was inspired by that of taking a shower, as some people swear that they come up with their best ideas there. Doing it with a stranger just adds a level of serendipity to it all. 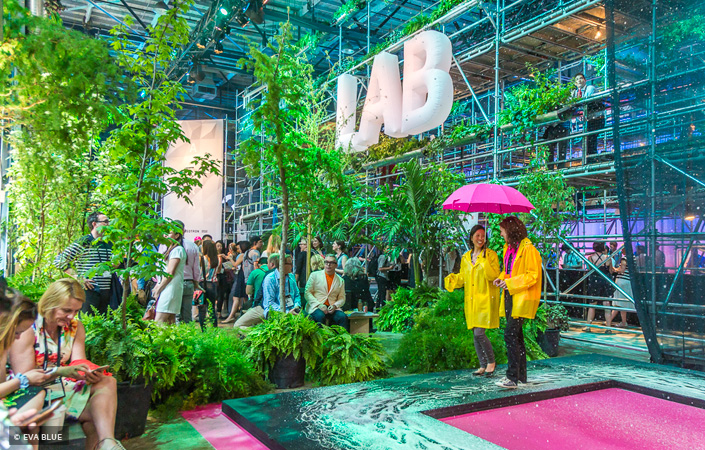 Temporary landmarks within a space can also help attendees remember an event in a way that lighting fixtures and custom-built natural settings cannot. These focal points could take the form of art installations that require interaction, large sculptures that can be walked on, or anything that momentarily demands attention and participation, like a group of people having a meeting while suspended from the ceiling. Surely, having a meeting on the ceiling is not a normal experience, but that’s the point. Each temporary landmark is similar to a miniature event within a much larger one. 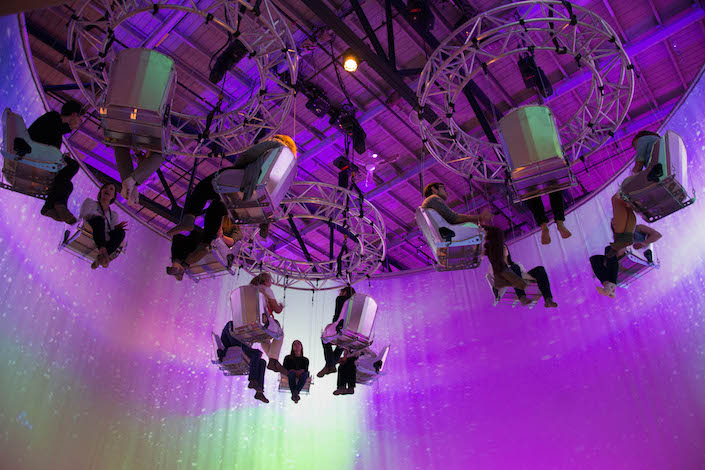 For those responsible for designing events, the objective is to create memorable spaces where attendees can learn, participate, and have fun. Though these are work-related events, they are also breaks from work that should stimulate creativity, ambition, and keep their attendees engaged.