If autonomous vehicles were able to communicate with other drivers on the road, would that make those of us who are uncomfortable with the idea of self-driving cars a little more comfortable with them? That’s exactly what Drive.ai is hoping to achieve. The Mountain View, California-based startup uses artificial intelligence to make autonomous vehicles safer. According to them, granting self-driving cars the ability to communicate with others on the road allows drivers, cyclists, and pedestrians to better understand their intentions, in theory making the roads much safer for everyone. The company first rolled out this concept in 2016, but they have since refined it quite a bit.

In Frisco, Texas, the company tested their theory on a bright orange Nissan NV200 with the words “Self-Driving Vehicle” written on its sides and front. Similar to having the word “Police” written on cruisers, Drive.ai thinks that everyone on the road should easily be able to distinguish a self-driving car from its manually-operated counterparts. The idea is that since we already notice vehicles like police cruisers, ambulances, fire trucks, and school buses on the road, and since the presence of those vehicles normally causes everybody around them to drive more carefully, why not make self-driving cars that noticeable, too? 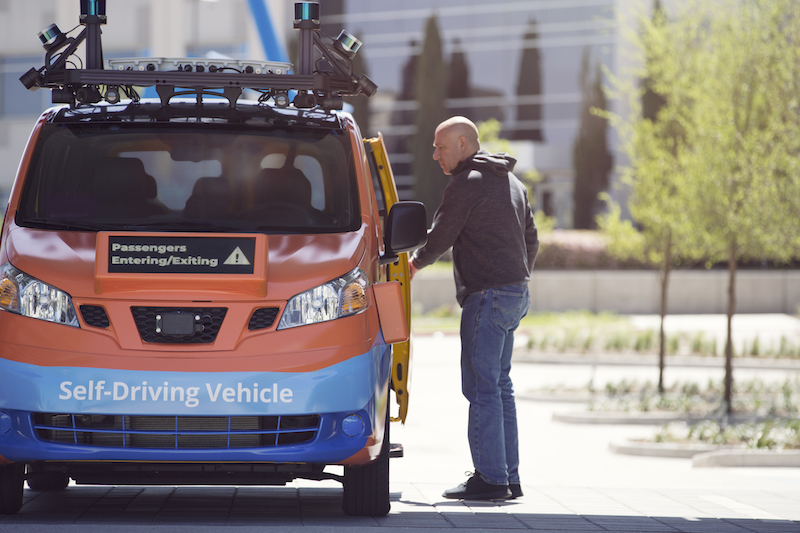 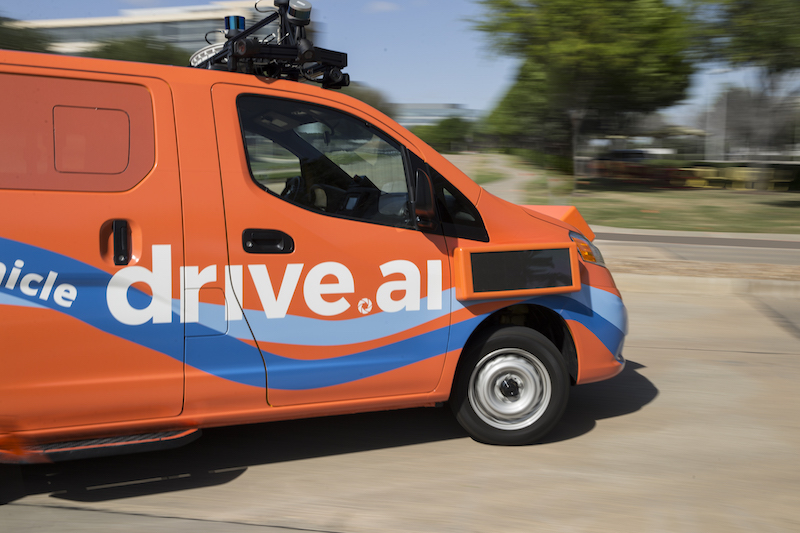 Then there are the four exterior screens on the front and back of the car, all of which are constantly giving out information about the car’s intentions. Similar to exterior screens on buses that tell you where a bus is going or if it is out of order, these screens should make the behavior of self-driving cars more understandable to other road users (and vice versa). If the car reaches a stop sign and a little girl is crossing with her bicycle, the rear screen will say “Pedestrian Crossing” so that the person behind the Drive.ai car who cannot see the small girl does not get impatient and start honking the horn. While the back screen is giving the driver behind the car information on what the car is thinking, the front screen is telling the little girl not to worry, because the car is “Waiting For You” to cross. This also works for people who are visually-impaired, as the car can speak its intentions through speakers above its front wheels. 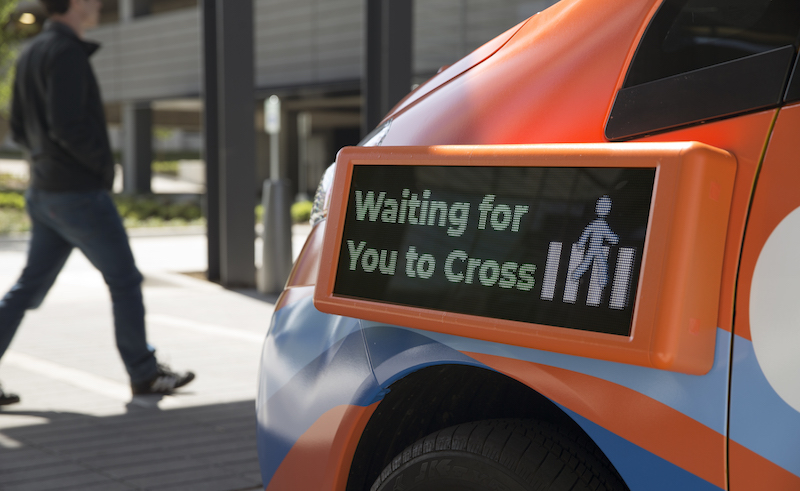 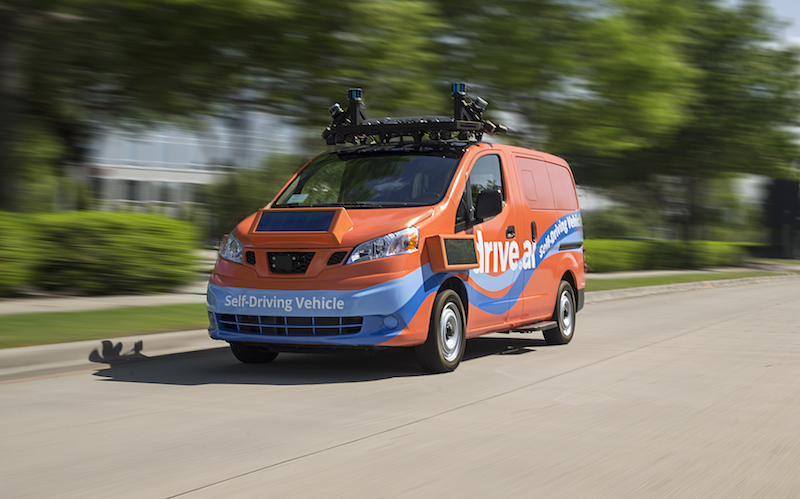 Anyone old enough to remember the mid-1980s television series Knight Rider is probably thinking of the artificially-intelligent supercar from that show called KITT, which David Hasselhoff famously used to fight crime. Of course, Drive.ai’s system is not a criminal justice instrument like that fictional car, but an instrument of road-based diplomacy.

Driving can can be a very frustrating experience in general, if not a deadly one. Ask anyone if they have any driving pet peeves, and you’re sure to be inundated with decades worth of bad driving stories. Every time we even witness horrible driving, we’re filled with a desire to communicate our displeasure. Some people like to put up fingers or shout. Road rage has even caused some people to fight, such as on July 24, 2018, when two New Yorkers got into a fight, resulting in one of the drivers almost running over the other.

What Drive.ai is doing is making it easier for everyone to share the road and be a bit more diplomatic. Artificial intelligence cannot cure human stupidity, but it can at least add a new level of confidence and safety to our roads.