There are some urban spaces and streets where typical streetlights are simply unsuitable. These places require special lighting treatments that emphasize grandeur, mood, or importance. To create those spaces, cities are starting to turn to professional lighting designers for custom streetlamps and lighting structures.
In Montreal’s Quartier des Spectacles (French for “entertainment district”), seven white steel custom lighting structures tower over the streets like elegant landmarks. Created by Valmont Structures Canada, these poles provide illumination for both events and everyday urban activities. They also serve as a gantry for large speakers and art installations. The structures’ highest points create an invisible ceiling for the spectacle of creativity and urban vitality below. Because they fit the context so nicely, the poles’ frequency and positioning counterbalance their lack of human scale. Sometimes, urban spaces with custom lighting treatments have either too much lighting or not enough, both of which result in areas that never capture the designer’s intended ambiance. At the Quartier des Spectacles, not only is the quantity suitable to the area, but so is the scale. 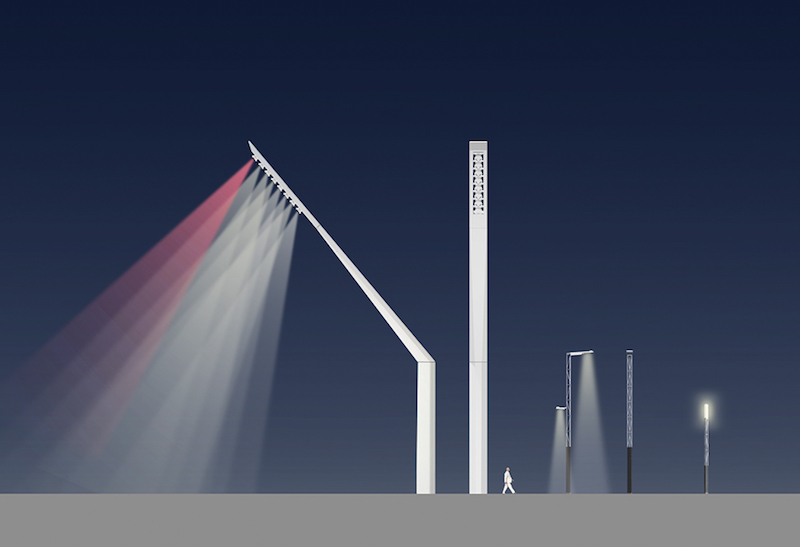 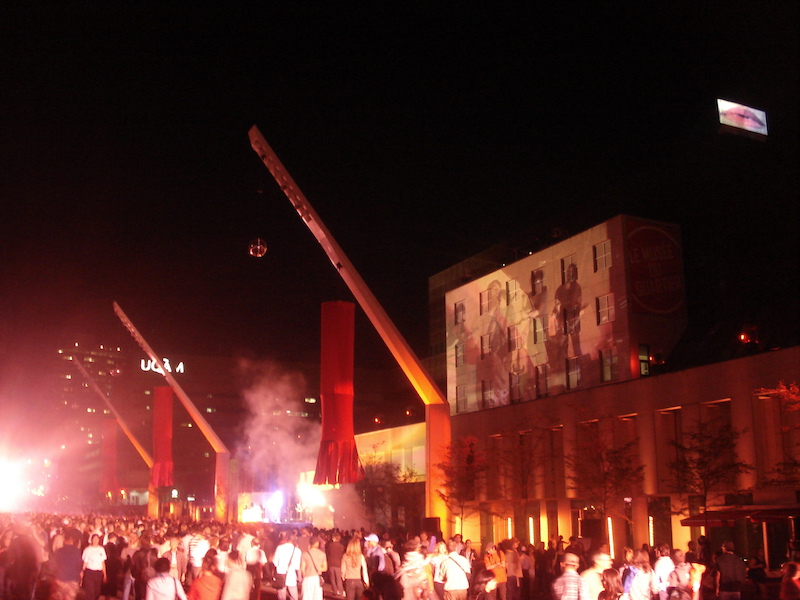 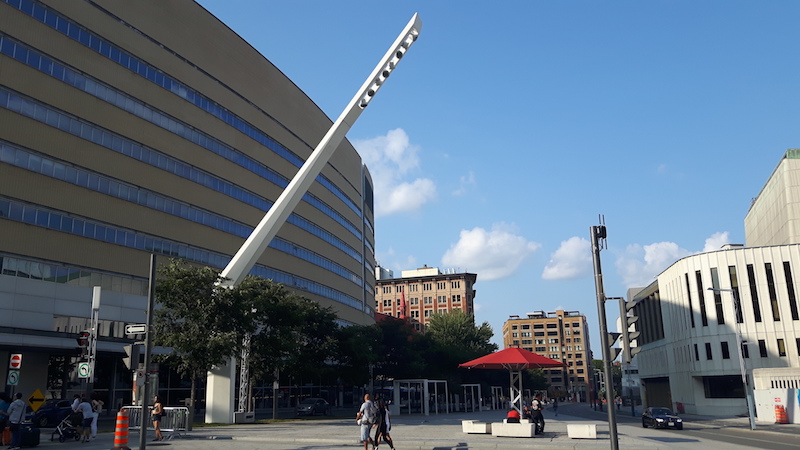 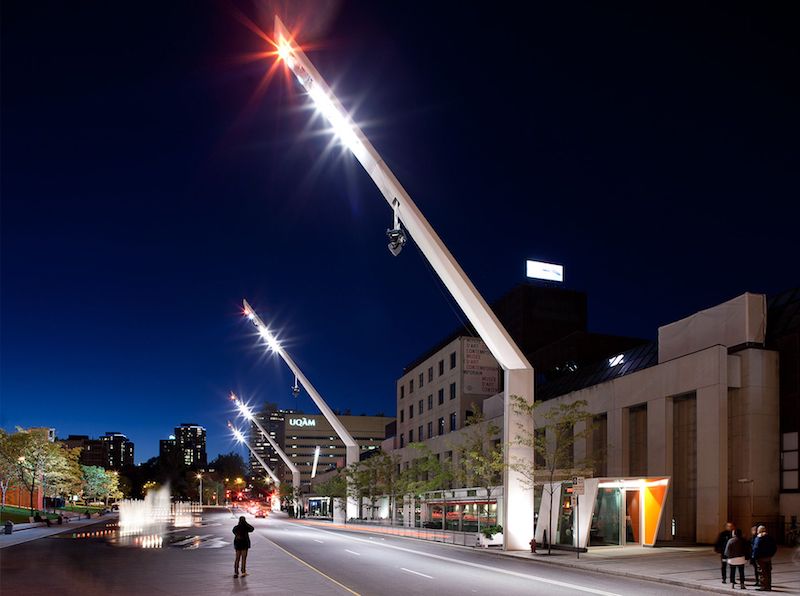 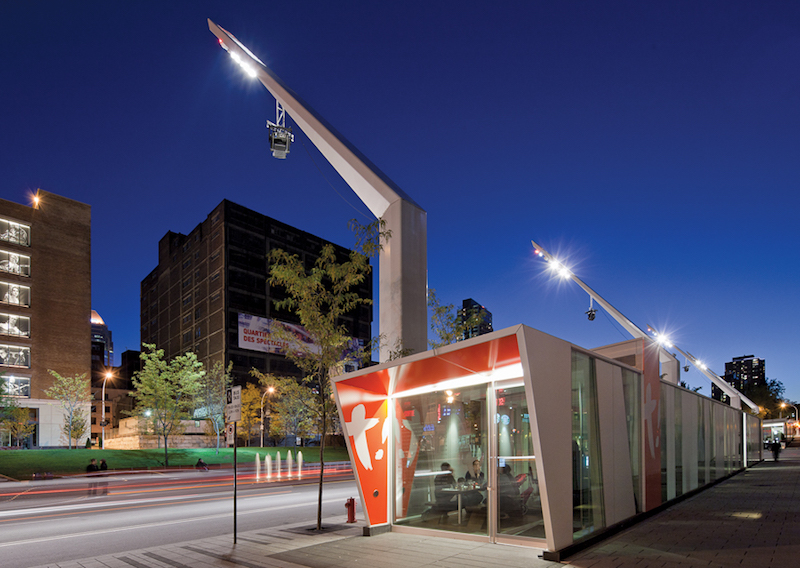 When the Irish city of Cork redeveloped its main street in 2004, they wanted it to be more of a walkable plaza than a road. To achieve this effect, the city used streetlamps designed by Barcelona’s Santa & Cole, all of which consist of two painted, galvanized steel limbs (one measuring 32 feet in length and the other measuring 20) braced by a stainless steel support. Their configuration was derived from that of the junction between Saint Patrick’s Street and Grande Parade. At just under 33 feet in height, the streetlamps emit direct light from its longest member and ambient light from its shorter one. Santa & Cole designed a similar lighting scheme for Avenida de Barcelona in Terrassa, Spain. In both instances, the structures give the thoroughfare a sophistication that regular-sized lighting just couldn’t achieve. 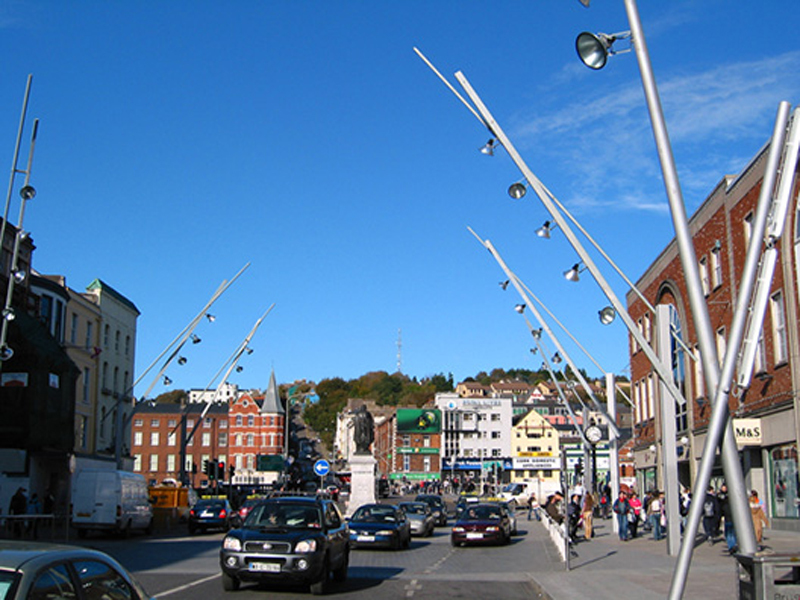 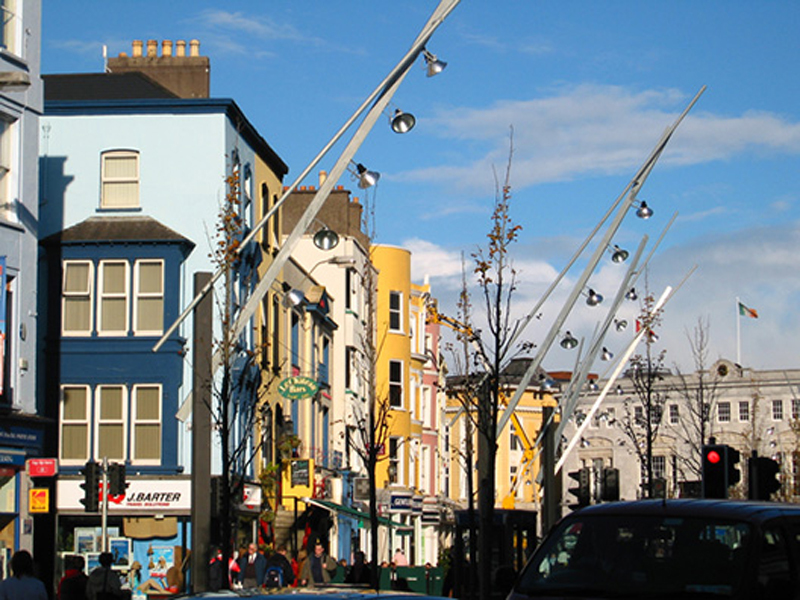 Santa & Cole’s streetlamps were so popular that their design was eventually copied by a Qatari company. In 2012, the lighting designers sued Ashghal for stealing their intellectual property when creating the structures for Al Waab Street in Doha. Though the designs are similar, that of the Al Waab Street lighting scheme fails to achieve the grandeur of the ones on St. Patrick’s Street and Avenida de Barcelona. There are too many lights, the spacing is too small, and the structures do nothing to highlight the street. The only things that the lights do seem to enhance are the vacant land and underwhelming buildings around them. 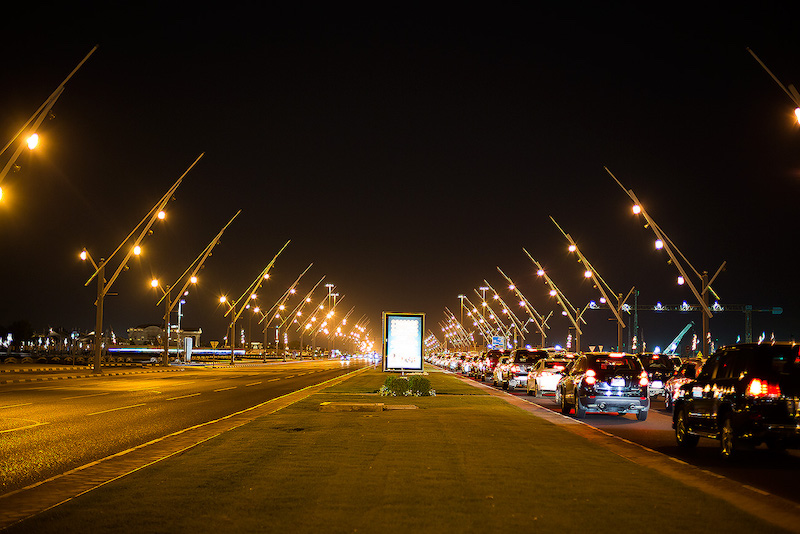 The key to creating the right appearance is in the frequency of the lights. At LAX, for instance, 41-foot-tall light poles exist in harmony with the airport’s façade. These fixtures, designed by Horton Lees Brogden Lighting Design, have a checkmark-like form and connote an aviatic context, as they illuminate the departure and arrival roadways beneath them. 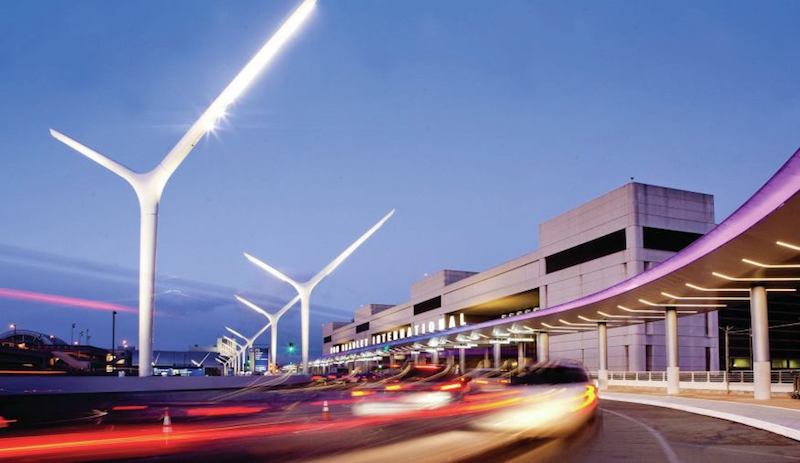 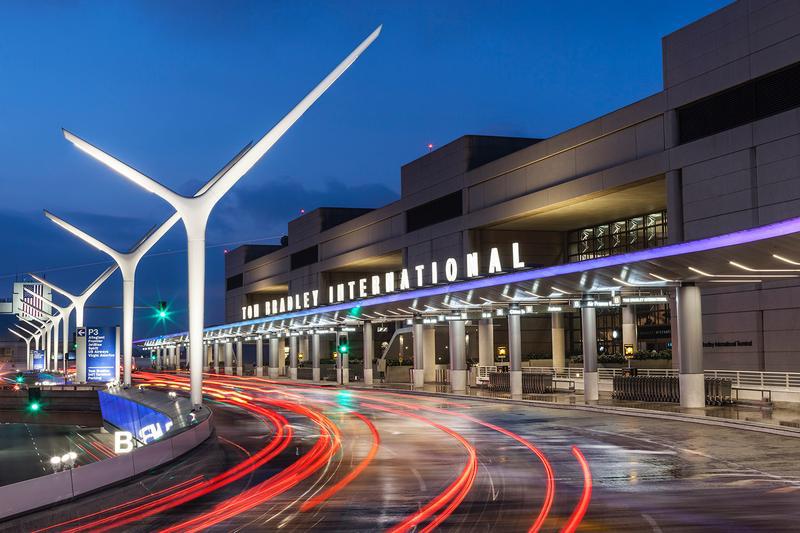 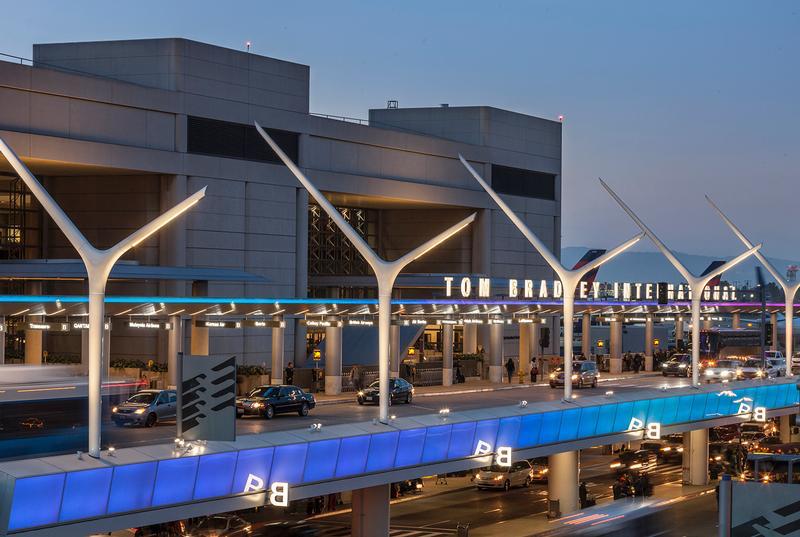 Continue reading below
Our Featured Videos
With more options for urban lighting treatments than ever before, a designer must be judicious in selecting the right structures. Context, scale, and frequency are just as important as the type of illumination selected.