One of the most jarring things a pedestrian can experience is walking by a gap in the urban fabric. It’s not enough to completely ruin a street or neighborhood, but it can be enough to turn your leisurely stroll into a head-down fast walk. These moments can feel like missing words over the phone due to bad reception: you’re not exactly sure what you missed, but you sort of get the gist of the conversation.

These “gaps” can take the form of bulky and impersonal buildings, vacant lots cleared for projects that never materialized, or any other combination of no-man’s lands. CityCenterDC is located on a 10-acre site that quite recently comprised of all three of these things. Since 1974, the site was home to the old Washington Convention Center, which itself was demolished in 2004 for a project that stalled because of the 2008 financial crisis. That, in turn, led it to becoming a placeless spot to park intercity buses for a few years.

In 2013, the funds were finally secured for CityCenterDC. The result is not quite the inverse of paradise being replaced by a parking lot, but it is nevertheless a net positive one. 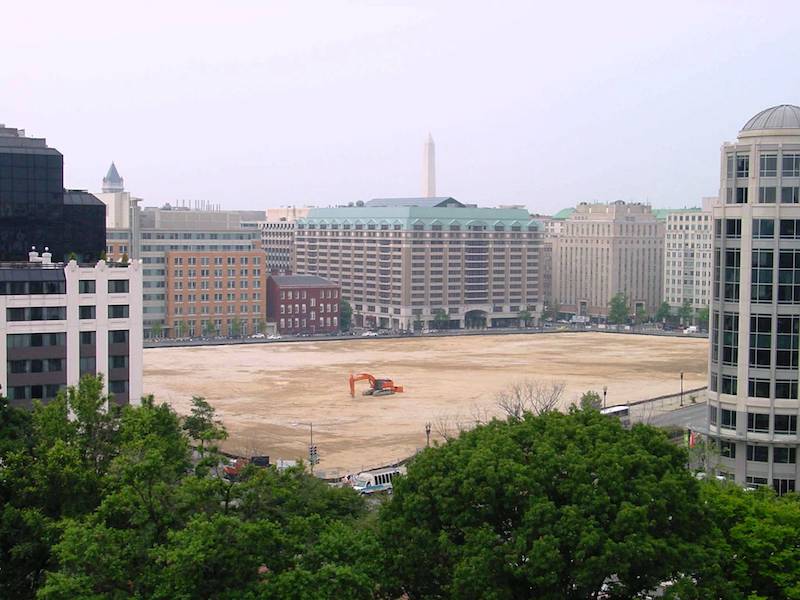 The site’s evolution from urban gap to LEED Gold certified Neighborhood Development (LEED-ND) began with the architects at Foster + Partners, who created a masterplan of smaller lots by reinstating the alleys that originally existed on the site during the 18th century (when Washington’s L’Enfant Plan was developed). Splitting the block into smaller segments was a strategy intended to draw people into the site’s interior courtyards, and it also allowed the architects to treat each corner as a distinct section rather than treating the whole thing like one monolithic block. 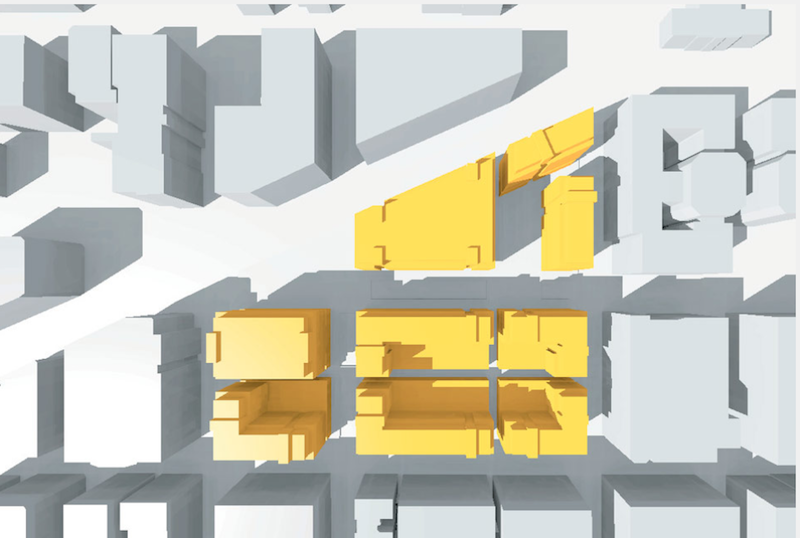 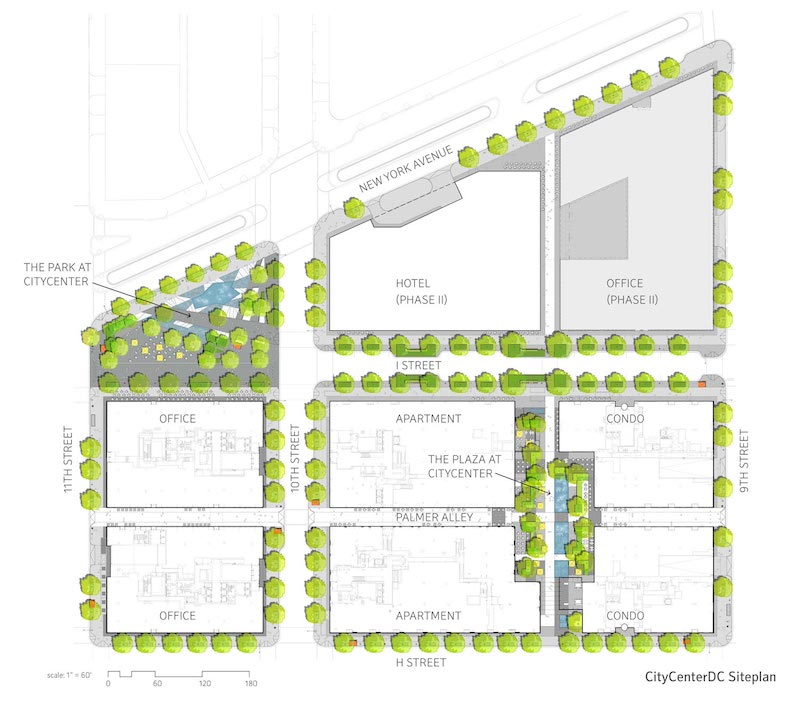 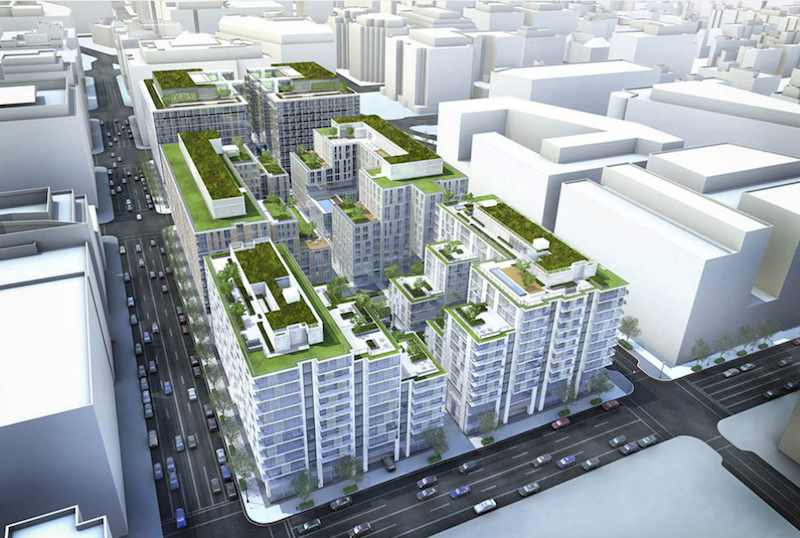 Incorporating a mix of LEED Silver certified residences by Shalom Baranes Associates, offices by Foster + Partners, and landscape architecture by Gustafson Guthrie Nichol, CityCenterDC’s walkable, human scale makes it a very approachable project. The spaces between buildings no longer seem like canyons of metal, glass, and terracotta panels. The small avenues permit sunlight to enter and brighten up even the most interior of units. The buildings have multilevel heights, with green roofs and storm water systems giving the project a resting feel. It’s not hard to see why CityCenterDC has become a desirable place to live for politicians.

The project is also looking forward to a 360-room hotel designed by Herzog & de Meuron, which is expected to open in 2019. 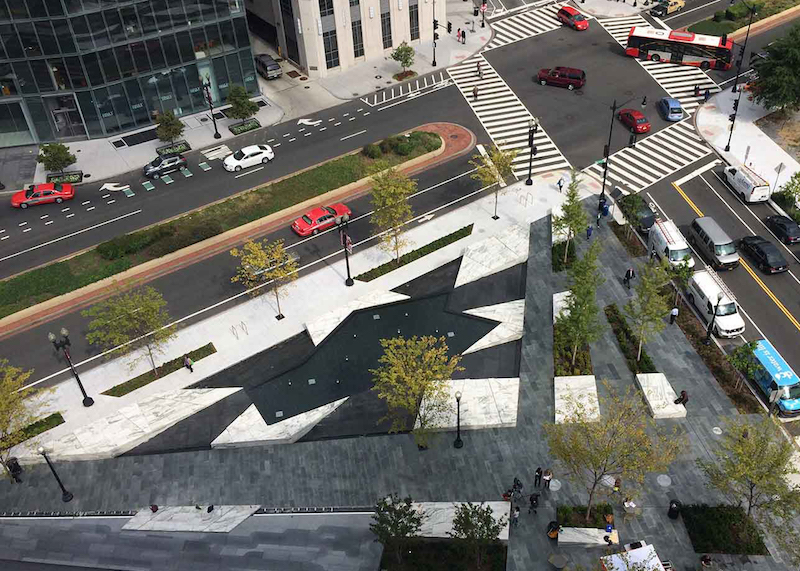 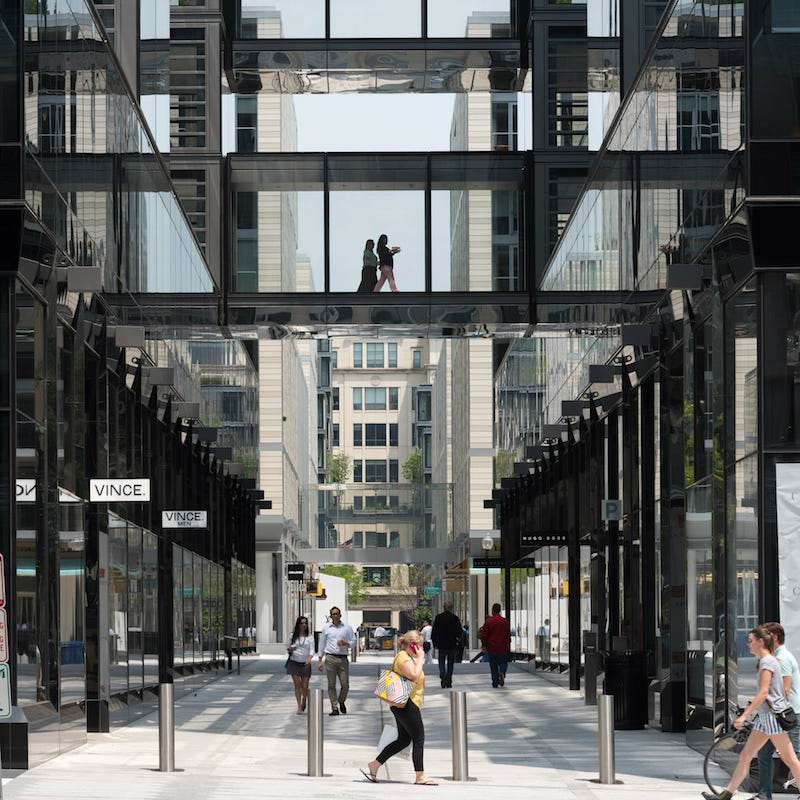 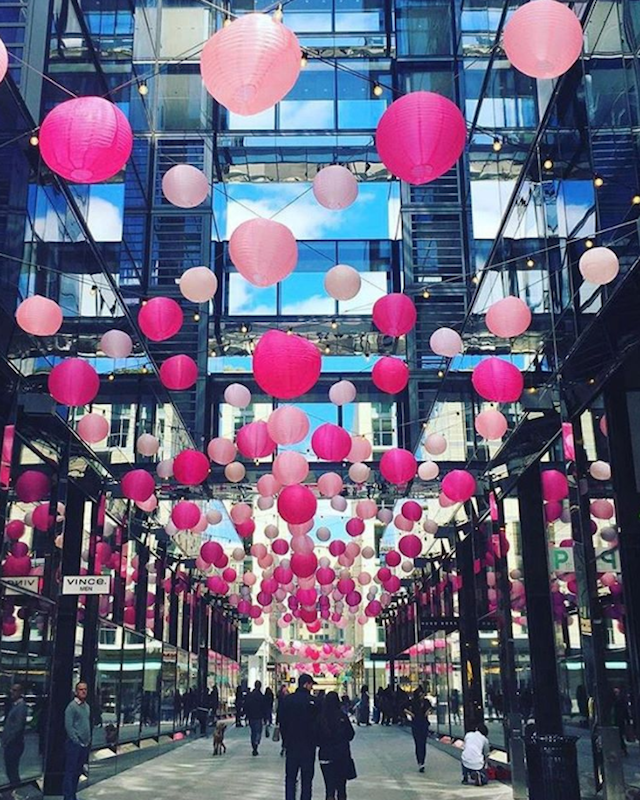 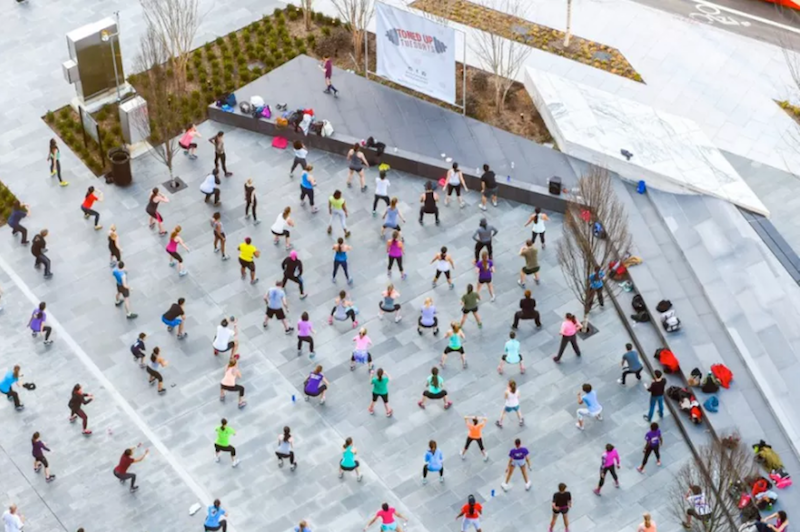 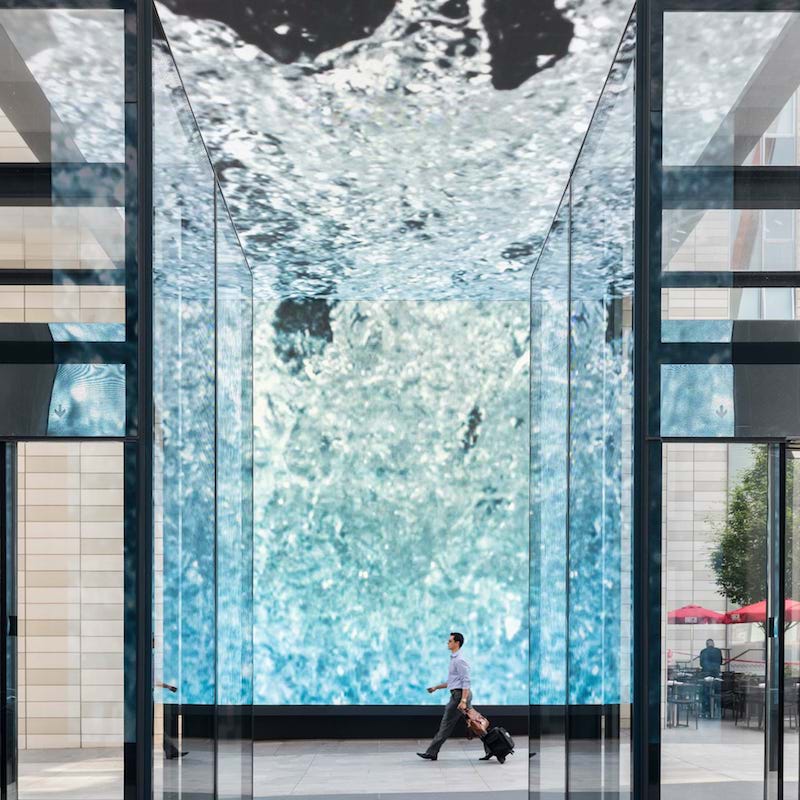 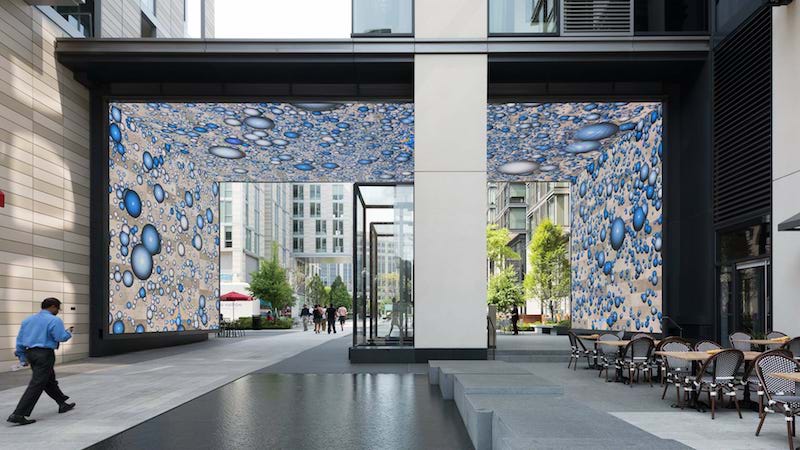 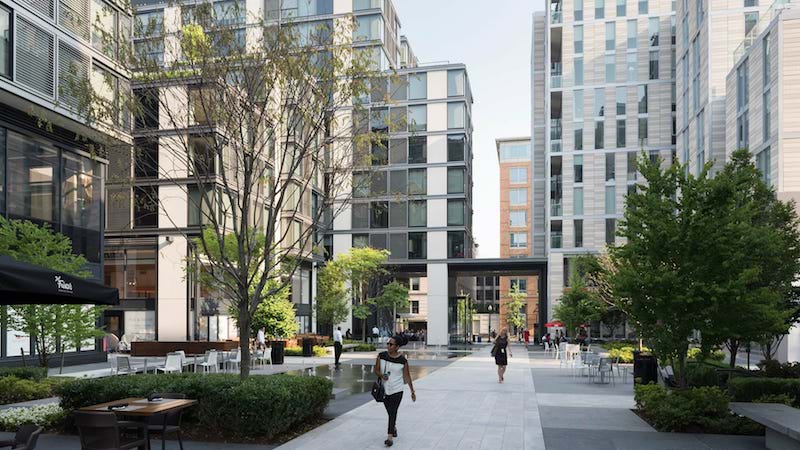 As much as CityCenterDC has received sustainable approval, not everyone is so convinced that it functions as a neighborhood. A 2014 article critiqued it as just another fake and faceless development in a world that’s become a “grid of generic places.” Even though the project is not something that tourists would travel thousands of miles to see, and even though its interior streets are not on par with Barcelona’s La Rambla, CityCenterDC still undeniably adds quality to the city — especially when you compare it to what was formerly in its place. If anything, the architects should be praised for not designing a project purely for media and tourist consumption. 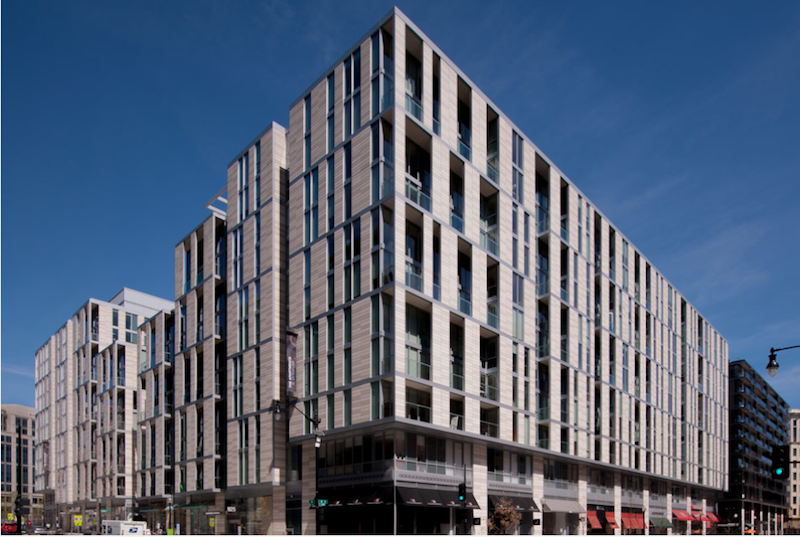 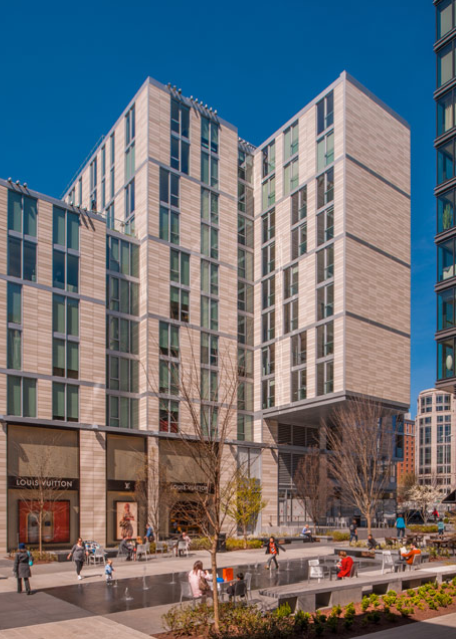 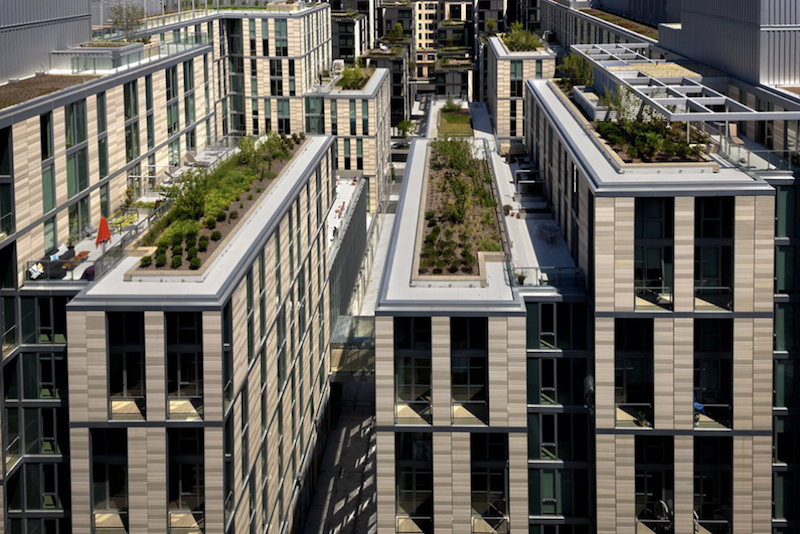 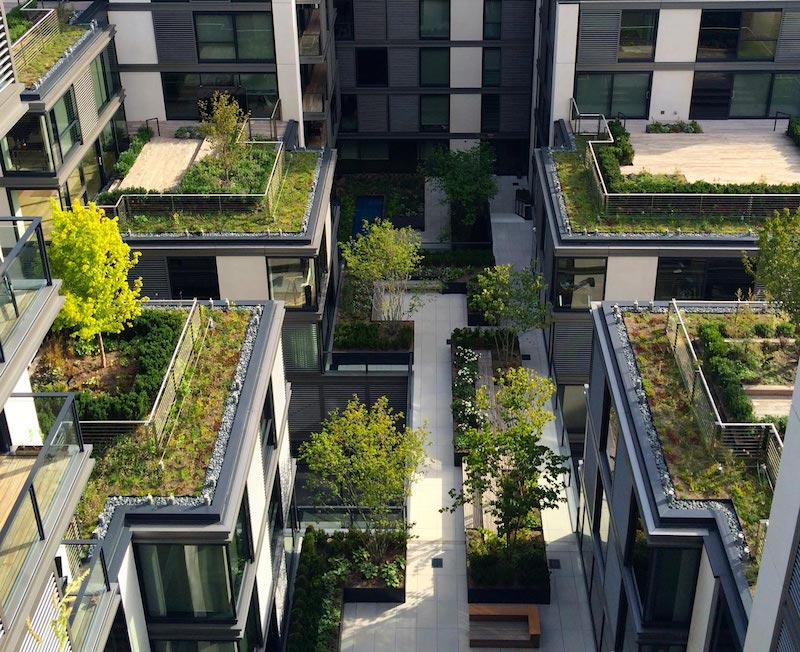 A place that attracts locals with art installations, an igloo, a farmer’s market, and group activities is definitely a place worth building. Sure, there are many similar developments in other cities that simply don’t work, but CityCenterDC is not that place. It is a well-proportioned and well programmed project that fills a gap.