A brownfield site on an industrial waterfront in Amsterdam is transforming into a citizen-developed neighborhood known as Buiksloterham. This project is not being informed by any top-down proposals from the city or an official developer, nor is it attempting to impose any grand schemes on the area’s existing residents. Any masterplans that had been made for Buiksloterham died during the economic downturn of 2008. Those proposals were replaced by a kind of collective urbanism, led largely by local architects, researchers, and planners. Instead of creating a neighborhood that would only be accessible to the very wealthy, they wanted to turn Buiksloterham into a hackable city and a laboratory for grassroots urbanism. 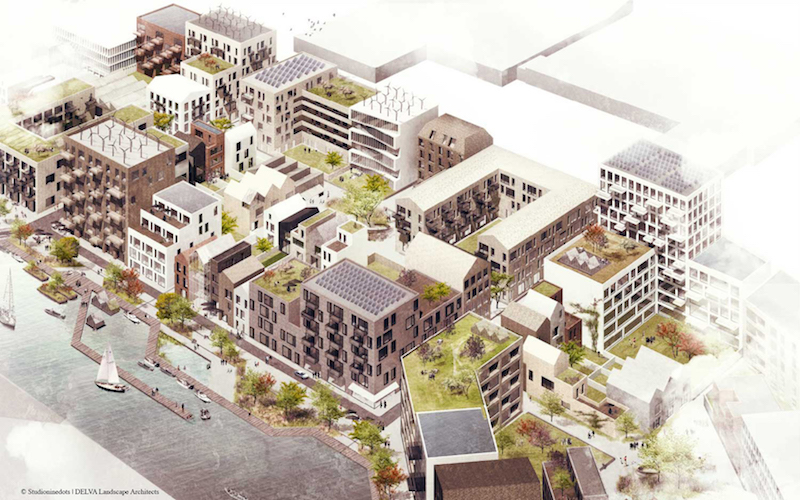 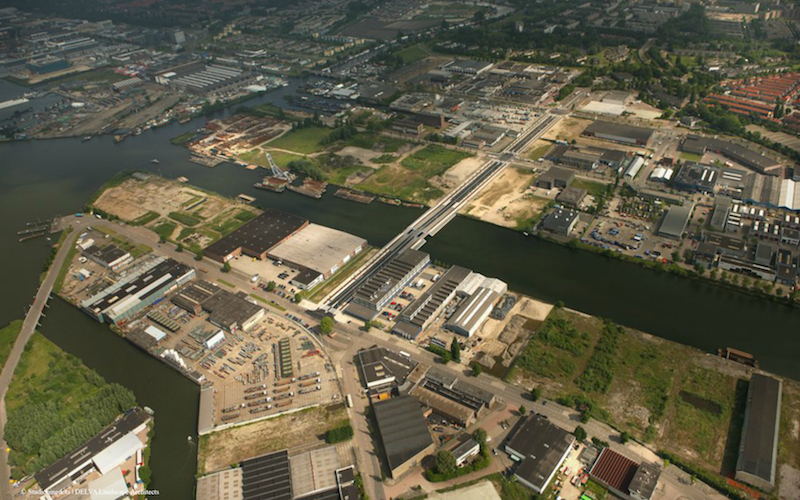 In hopes of creating an area that benefited everyone, residents of the neighborhood were invited to participate in the design process via social media. The residents were then taught about design, construction, and sustainable development through apps and games created by a team of researchers. They also learned how to maintain Buiksloterham’s circular economy, in which all rainwater would be harvested, all energy would be renewable, and nothing would be wasted, including food. 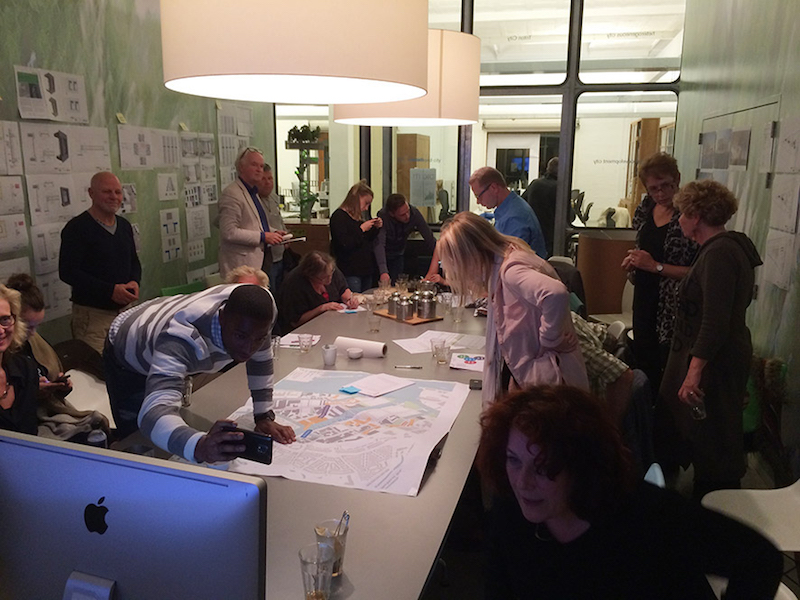 Of course, Buiksloterham would not be a livable area if Amsterdam had not changed the zoning of the site from industrial to mixed-use and organized its decontamination. Beyond that, city services are limited — mostly because the neighborhood is experimenting with ways to handle energy and waste. Residents build with recycled materials as often as possible. For sustenance, they grow their own vegetables and use some of their food waste to enrich the soil. Other food waste is turned into energy, which they use to power their homes alongside solar panels.

When completed, Buiksloterham will have 4,000 units for 10,000 residents to occupy — fifty times more than the current population of about 200. There are already a few shops, restaurants, banks, gyms, primary schools, and a medical clinic in the area, most of which were constructed by the residents themselves. They also took old houseboats out of the nearby river and turned them into offices, coffee shops, and indoor events spaces. 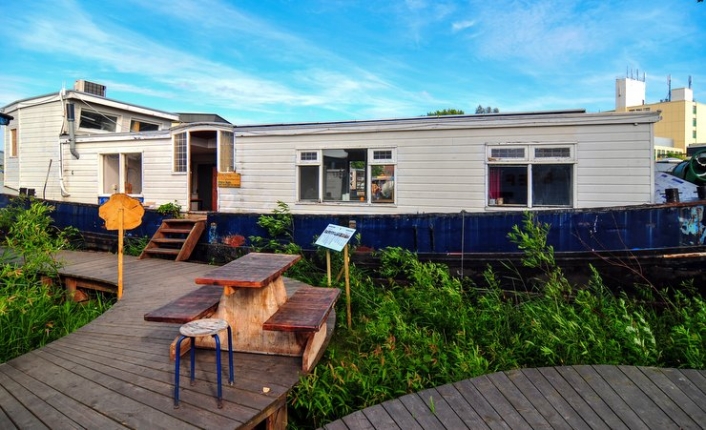 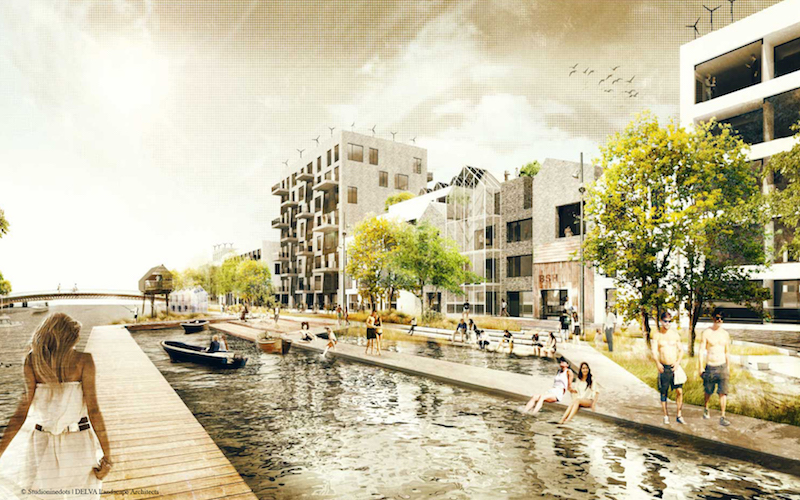 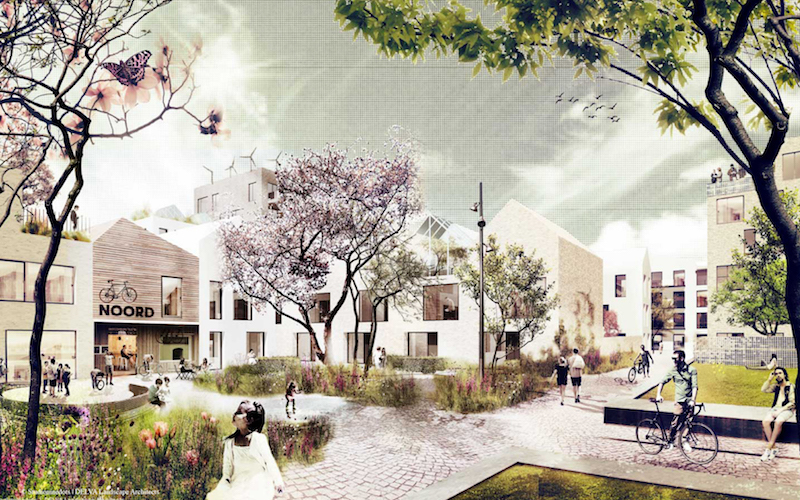 As Buiksloterham has grown in size and popularity, large housing corporations and developers have started to take notice. But even they must adhere to the neighborhood’s high standards of sustainability. On top of that, the researchers behind the project still consider it a hackable city where bottom-up development is possible.

Based on empirical data and ongoing discourses with the project’s stakeholders, those same researchers were able to determine exactly what makes a place like Buiksloterham a laboratory for grassroots urbanism. For starters, an area needs a solid collection of do-it-yourself residents who are self-driven to change the way we live in cities. On top of that, there need to be systems in place that encourage collaboration, discussion, and the use of local resources. Finally, city governments, institutions, and established developers must be open to experimenting with bottom-up development. When those three conditions are met, grassroots urbanism is possible. With any luck, Buiksloterham will go on to become a model for similar developments all around the globe.