It sounds like something from America’s Funniest Videos or an old-timey cartoon. In reality, it would be the stuff of nightmares. You’re sitting at home enjoying the breeze from your ceiling fan when all of a sudden one of the blades detaches and shoots through the air, crashing into the wall. 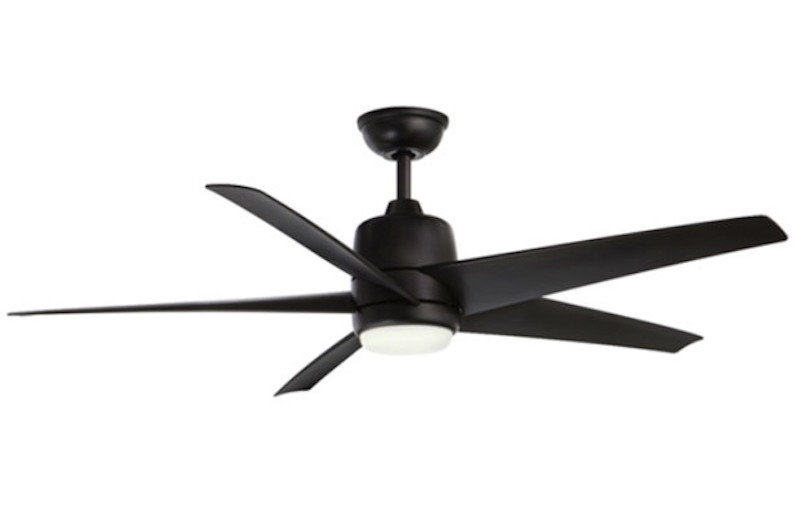 Unfortunately, for many consumers this scenario was neither fictional nor funny. On December 23rd, 2020, the Home Depot recalled more than 190,000 units of one of its ceiling fans for that very issue. Indeed, the Hampton Bay 54-inch Mara indoor/outdoor ceiling fan has thus far been reported 47 times to the U.S. Consumer Product Safety Commission (CPSC) for falling projectile blades. Two incidents caused consumer injuries and another four involved damaged property. No additional information was available on the severity of the injuries.

The company tried to get the word out almost as soon as they became aware of the problem. “We’re committed to the safety and quality of our products, so we contacted the Consumer Product Safety Commission and voluntarily recalled the product and stopped sales when we discovered the issue,” said Home Depot spokeswoman Christina Cornell said in an official statement.

The Mara fan was made exclusively for Home Depot and manufactured in China. It was distributed by Fort Lauderdale, Florida-based King of Fans, who said the problem was created by “an isolated manufacturing defect with the assembly of the fan blade’s locking clip to the fan flywheel.”

“One of the two screws retaining the locking clip is not adequately secured to the flywheel,” the company notes on its website. “If this occurs, the blade may detach from the fan during use, posing an injury hazard.”

King of Fans went on to say, “On behalf of King of Fans and Home Depot we apologize for any inconvenience this issue may have caused you. We take pride in the quality of our products and the safety of our customers is our priority.” 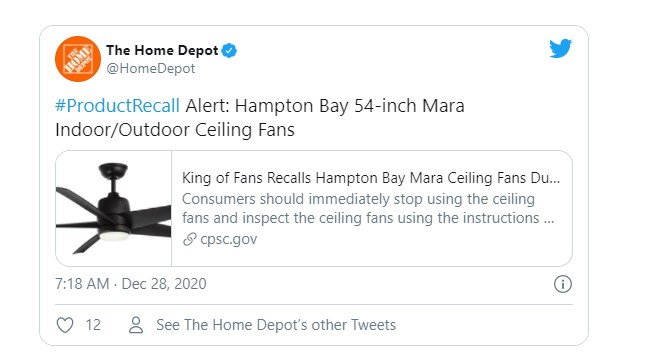 The Home Depot also specified that not all of its Mara units were defective. The following are the items under the recall umbrella:

The CPCS recommends that Mara product owners should “immediately stop” use of the fixtures and inspect them, following the instructions provided on the King of Fans recall page. If they “observe blade movement or uneven gaps between the blades and fan body or movement of the clip during inspection, consumers should immediately contact King of Fans for a free replacement ceiling fan.”

This is the second ceiling fan recalled by the Home Depot in the past year. The first were the Hunter Brunswick three- and four-light fans, which themselves had a report of damaged light kit wires. Luckily, only about 7,800 units were involved n that instance, and of course, no one had to worry about suffering a concussion from a rogue fan blade.