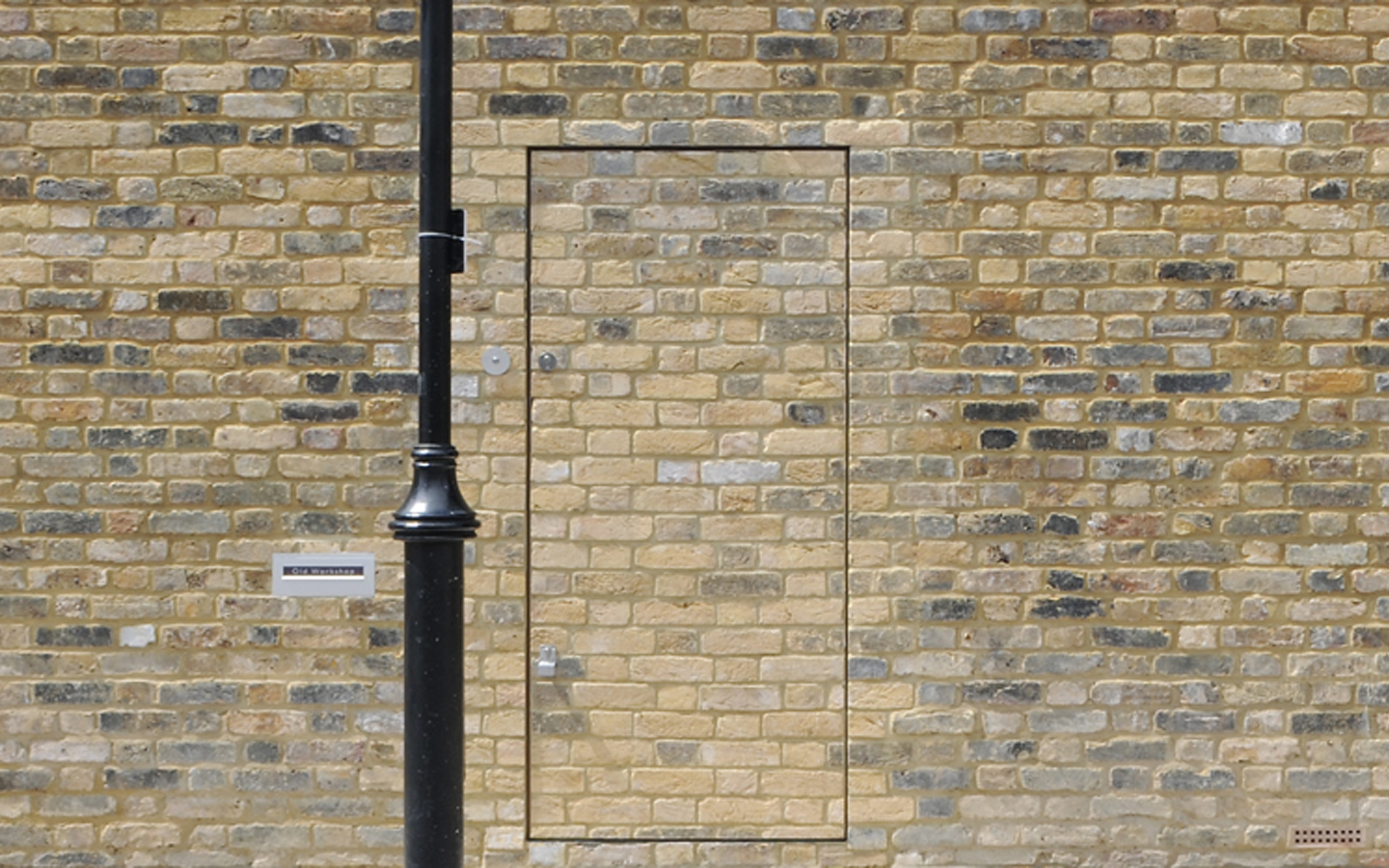 This not-so-secret door is one way to deal with a lot that borders directly on a public sidewalk – while not concealed per se, it does blend beautifully into the background, while the rest of the brick wall provides privacy.
It’s not often you see doors made out of brick, for good reason. Bricks would be overkill for virtually any other project, heavy and bulky as they are. But here, they’re just the right solution for a bit of fun camouflage. Doesn’t it make you think about other materials you could use to achieve a similar effect? 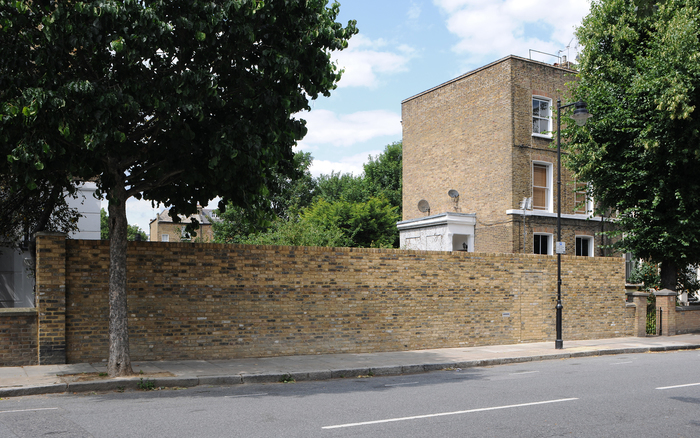 Of course, this unusual brick door is just a small element of a larger residential complex.
Designed by architect Jack Woolley (photos by  David Grandorge), this home-and-office complex is half-buried below grade, with work and meeting spaces on the main floor and living quarters under them. 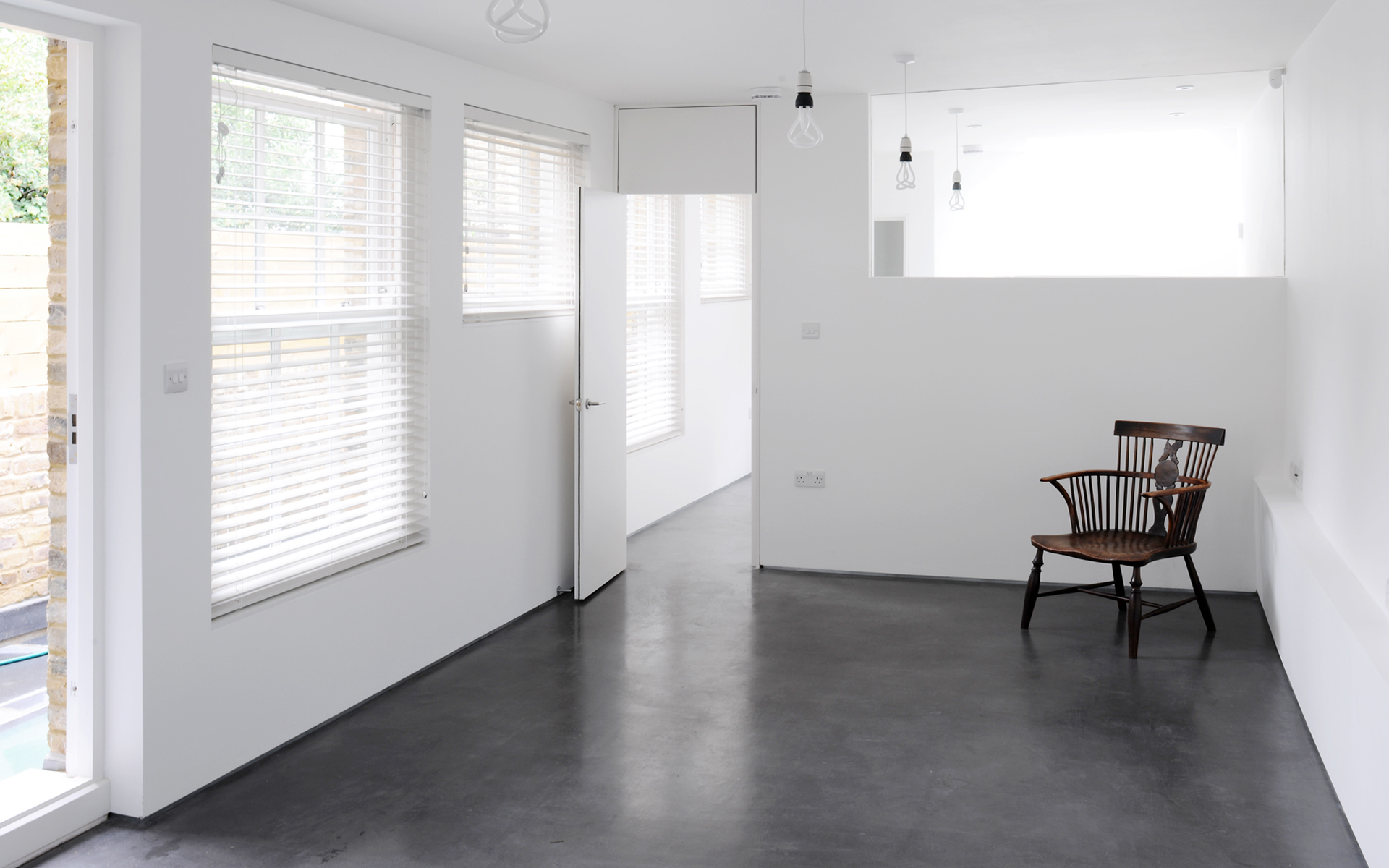 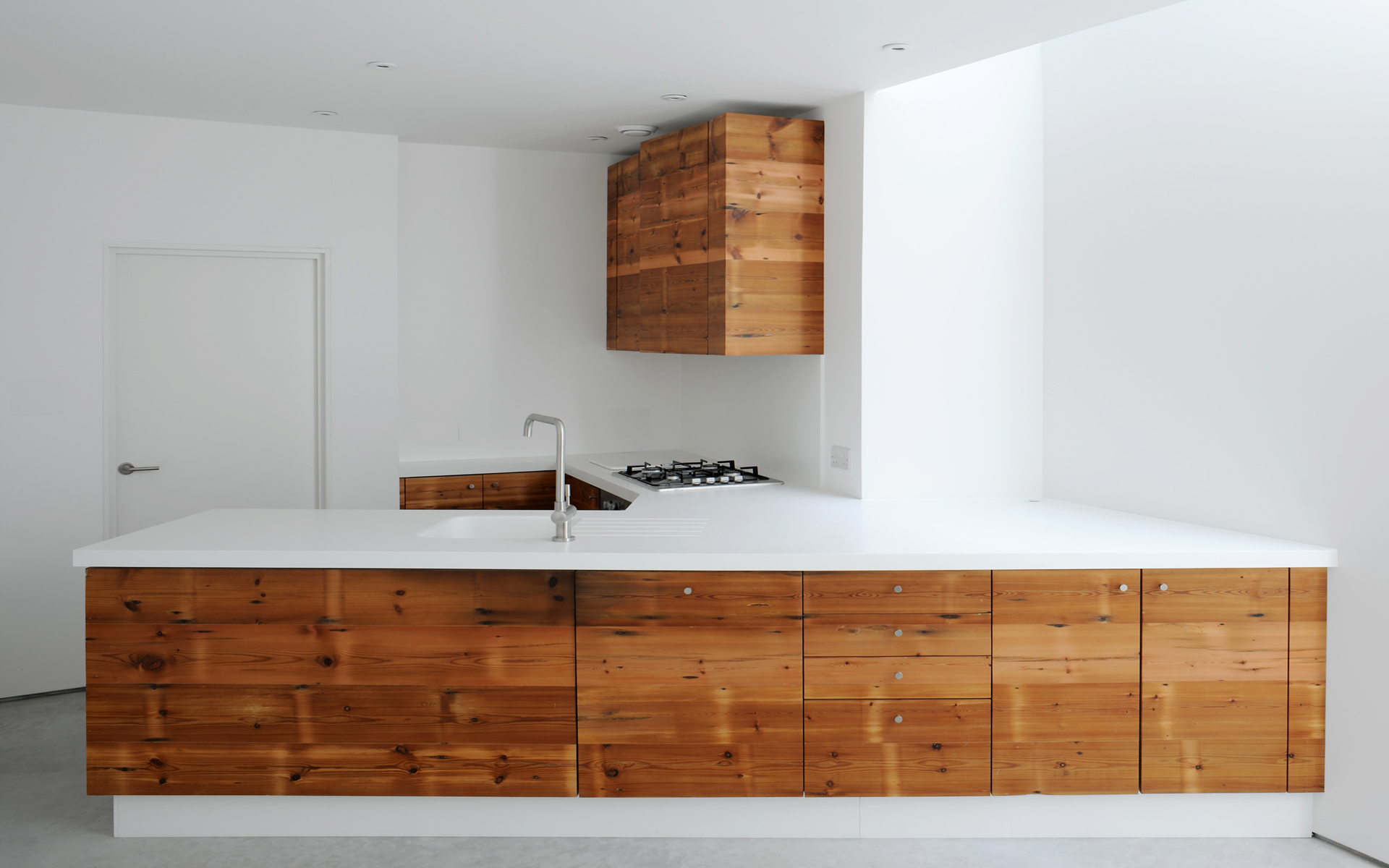 Continue reading below
Our Featured Videos
But there is another layer of surprises inside: the existing carpenter’s workshop provided raw materials during the remodel – specifically, beautifully aged wood – that now serves to contrast with new white surfaces.
The project is called “Old Workshop,” and it’s just one of many cool creations by Jack Woolley.
“The rehabilitation of a derelict workshop, converting the building to live/work and doubling the inhabitable space by inserting an offset basement storey. The design aims to respect the integrity of the street elevation: a nineteenth century wall that links two neighbouring terraces while framing a borrowed landscape of tree canopies.”
The design won the Architects’ Journal Small Projects Award 2012.
“An almost invisible live/work scheme on the site of a former carpenter’s workshop has won this year’s AJ Small Projects Awards. Described by the judges as ‘delightful’ and a ‘superb use of a found site’, Jack Woolley’s £232,000 Old Workshop in London was handed the £1,000 first prize at a ceremony on Wednesday night at the NLA.The office and home, with its ‘hidden’ door built into the brickwork of an existing wall, saw off schemes by 24 shortlisted practices, which all had a build cost of £250,000 or less.”