Ever since man started constructing buildings, many have included basements or cellars. These underground rooms have been used to store root vegetables, home-canned goods, family keepsakes, and holiday decorations. Some have even been transformed into recreation rooms or bedrooms. Avant-garde designer Leopold Banchini recently took that concept to a new level at Paris’ Centre Pompidou: a massive public arts center that has seen many additions and renovations since its original construction in 1977. 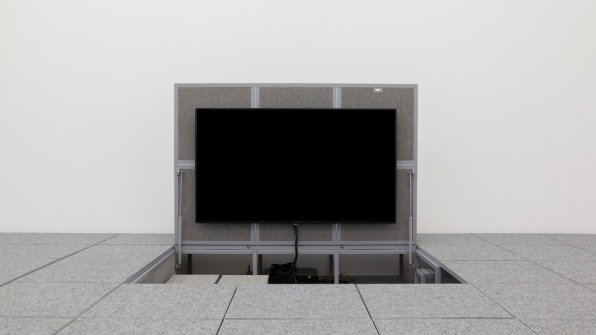 Raised floors are nothing new. Countless office buildings around the world have installed them on top of solid substrates (usually concrete slabs) to house everything from electrical and mechanical systems to computer rooms, IT data storage centers, and technological command hubs. These hidden spaces typically range from two inches to four feet in height. 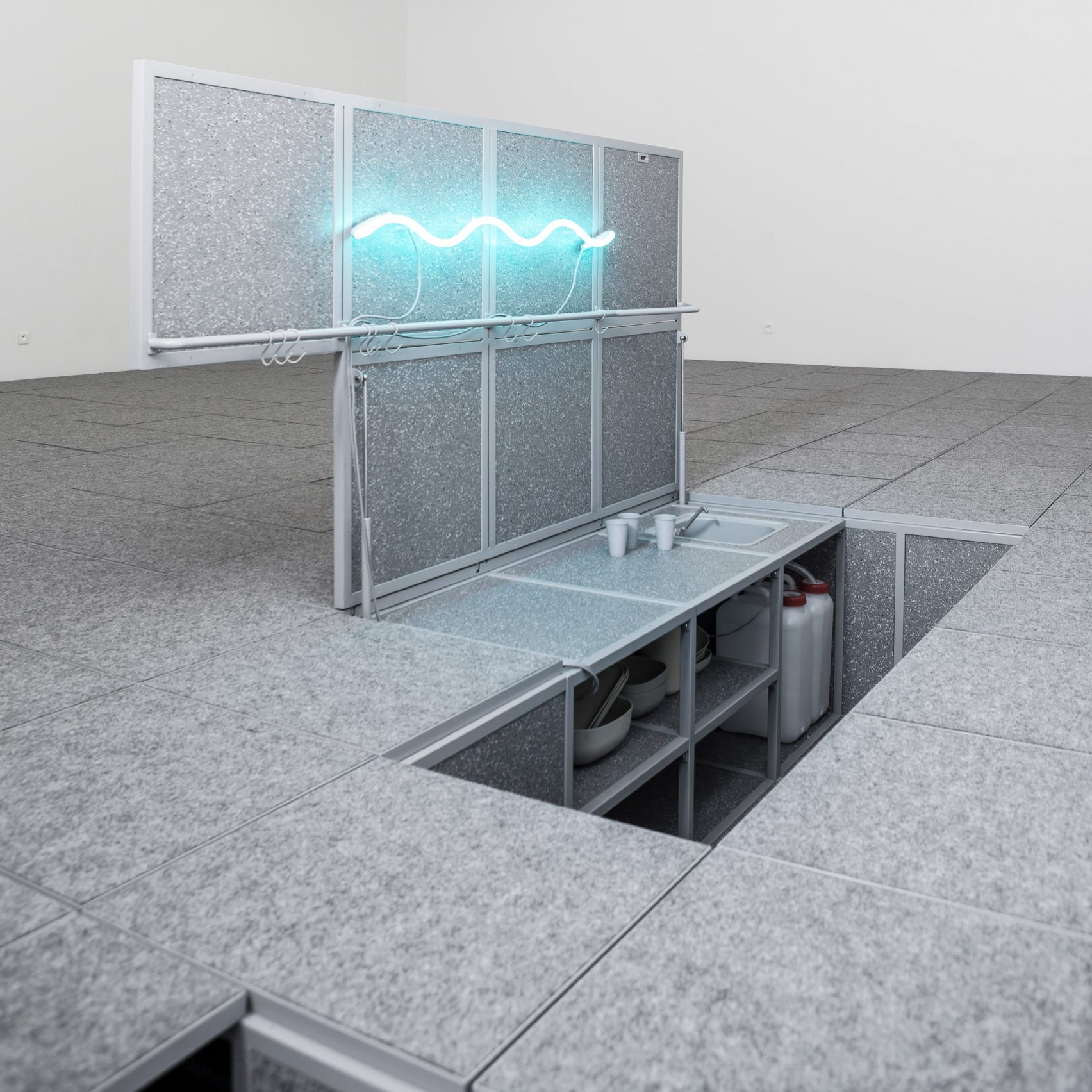 Banchini collaborated with French designer Laure Jaffuel to take the raised floor model one step further, ultimately naming their creation “3-8.” Instead of using hidden spaces to mask unsightly wires and IT stations, the pair created spaces large enough to accommodate entire meeting rooms and conventional workstations — not to mention a kitchen and garden.

Permanently installed on the fourth floor of the Centre Pompidou, 3-8’s primary function will be to host educational lectures and workshops put on by the museum. Hinged floor panels open to reveal the rooms underneath, to which a set of easily navigable stairs provides quick access. Although each new space was assigned a specific use, all of these underground floors can be easily modified as their occupants’ needs change. 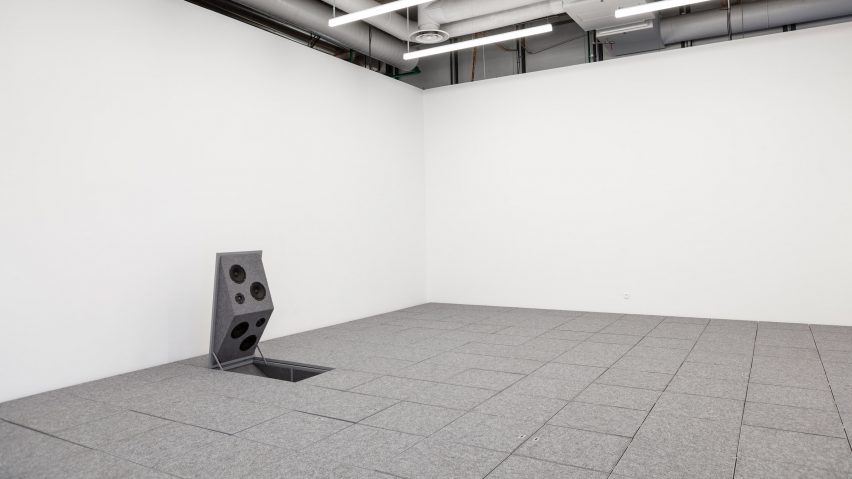 Beneath these submerged levels is a compact garden, with small plants thriving in rich soil all throughout. Adjacent to this area, two more panels cover up an advanced speaker system. Open other subtly installed panels to find an assortment of desks for visitors alongside a big flat-screen TV. 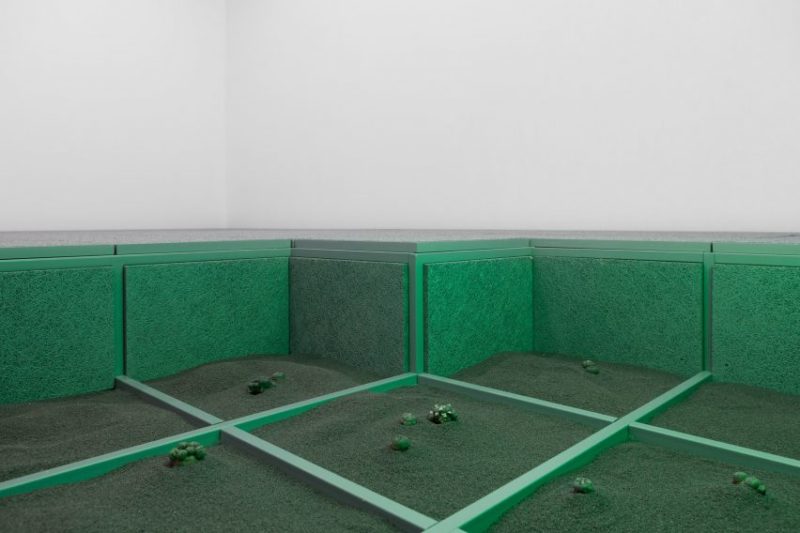 Banchini was always impressed with the vision of Richard Rogers and Renzo Piano, the men who designed the original Centre Pompidou. He believes that the innovative upgrade reflects the progressive architectural concepts that inspired the original building and helps the world of office design move forward.

He explains: “raised floors are a common element of office architecture. However, they seem to be disregarded by architects and are rarely used outside of their primary function. Hiding all the functional elements under the surface allowed us to completely free the space, but it is also a reference to utopian architectures developed at the same time as the beautiful architecture of the Centre Pompidou.”

Banchini hopes his creative use of larger submerged spaces will motivate other designers and architects to develop unique ways to utilize underused office space. He adds: “The installation is not trying to provide a new model for offices, it is merely meant to question the alienating office culture that we take for granted. The misappropriation of the office space should encourage us to high-jack daily life objects and emancipate design from preconceived usages.” 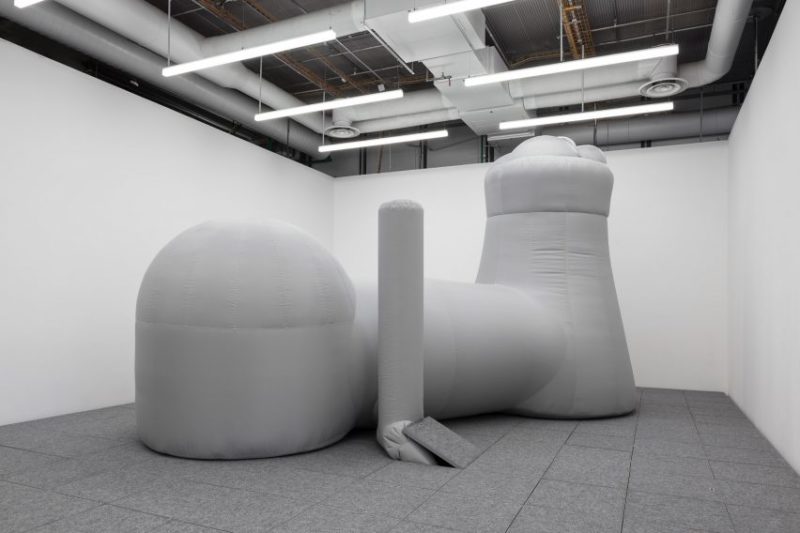 In 2016, Banchini created an inflatable PVC nightclub in his studio Bureau A, when he hosted the yearly party of the Federation of Swiss Architects. He incorporated this whimsical addition into the Centre Pompidou project. The inflatable structure extends out from under a raised tile of office flooring.