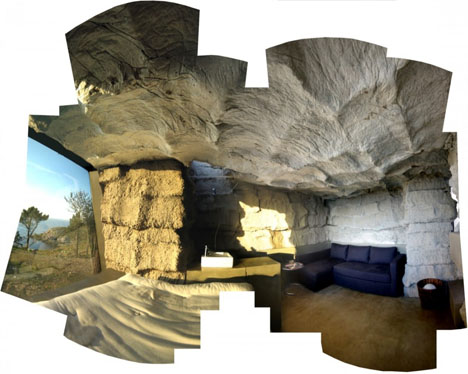 Everything about this project is bizarre and inspired, from the way the initial concrete-and-hay mass was poured (into the very soil itself) to the calf that grew into a cow over months of ‘chewing out’ the hay-filled interior spaces of this wild little one-of-a-kind home. 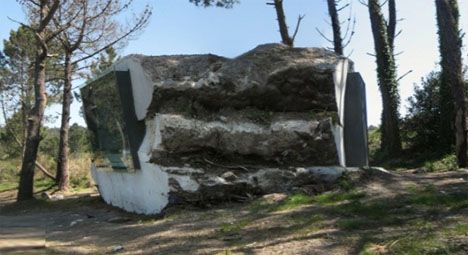 As an architectural photographer, there is no doubt that Roland Halbe (who shots these stellar images)has seen some strange and amazing structures and building designs in his day – but this ‘Truffle House’ by Anton Garcia-Abril of Ensamble Studio may blow the rest away. But to fully understand this awesome project, it may be best to start from the beginning: it may be tiny, but constructing it was no small feat. 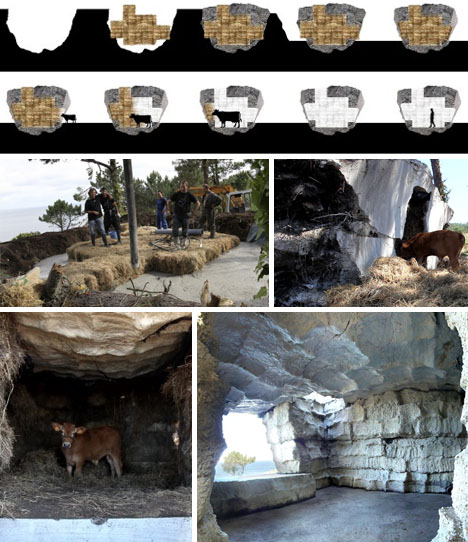 A hole was dug and a rough mound of dirt was piled up around it. The center of the resulting void was filled with hay bales, while the perimeter – a space between the soil and straw – was left for poured concrete. The mass that was uncovered after the concrete hardened was an irregular, unique and highly-textured shape neither entirely natural nor man-made. 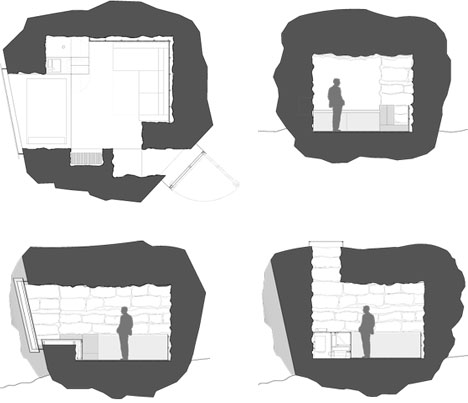 At this point, holes (for eventual doors and windows) were cut in the sides and a calf was introduced. After one year of eating its way through over a thousand cubic feet of compacted hay bales, the process of excavating the inside was completed – and the calf had become a full-grown cow as well.