Growing up comes with a lot of challenges: jobs, relationships, emotional upheaval, and housing, to name a few. While those first three trials are unavoidable rites of passage that everyone must tackle, the last can at least be mitigated by outside assistance. 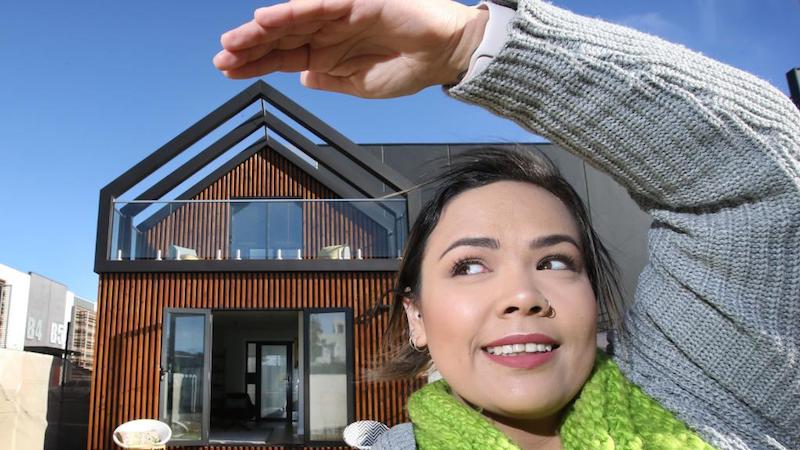 Just take the work of Grimshaw Architects for example. The London-based firm has recently started designing tiny homes for Nestd, a non-profit social extension of Kids Under Cover, which itself is a charity dedicated to solving the problem of homelessness among Australia’s youth.

Grimshaw won the Kids Under Cover Cubby House Challenge back in 2017 with a set of innovative, affordable housing designs. Their victory led them to become more involved with the project, which soon grew to include IKEA furniture in its plans. Grimshaw and Nestd were tasked with designing rooms that would perfectly complement the Scandinavian furniture giant’s pieces.

Tim Angus, an associate at Grimshaw’s Melbourne office, said of the project: “We’d been following the tiny house movement for quite a while, and we wanted to produce something that had a bit of a different offering. Typical tiny houses are seriously tiny and essentially a studio space, like a developed caravan. What we were looking to provide was more of a livable, high-quality piece of design with a small size and at an affordable price point. It’s definitely a feel-good thing.” 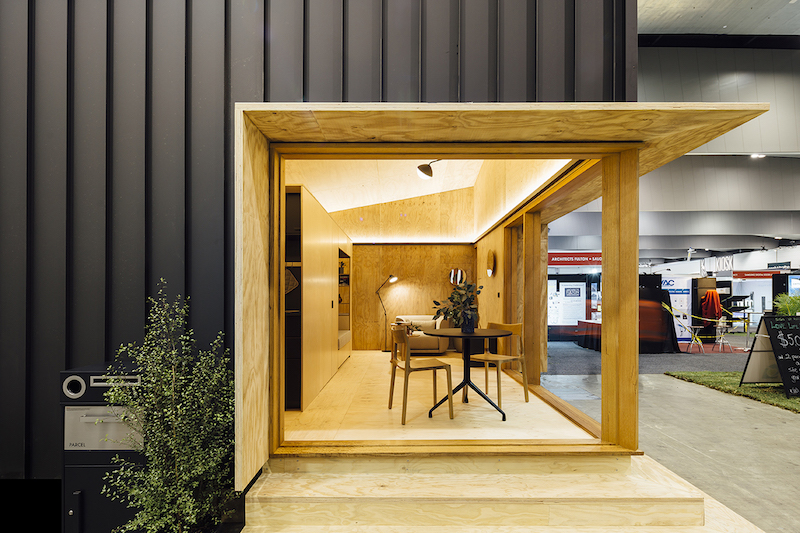 Grimshaw developed “The Peak” with exactly those sensibilities in mind. “It’s making quality design attainable, it’s not a luxury that people can’t afford anymore,” Angus added. “We think it’s really exciting because it addresses affordability, and [it] addresses housing density.” 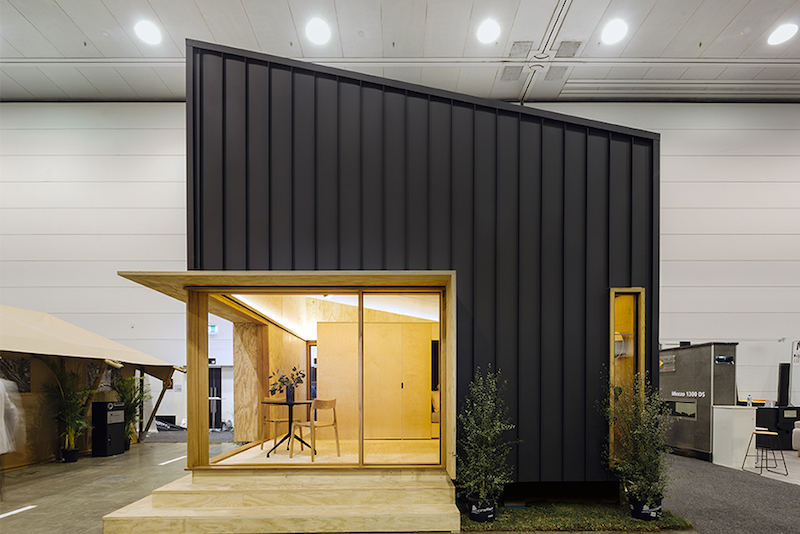 With a 350-square-foot footprint, the Peak is a sophisticated single-story prefab fitted with huge glass panels that offer spectacular views of the outside from practically every angle. Loosely defined sectors allow inhabitants to adjust the layout as necessary and create the perfect space for their particular needs.

Constructed with LVL (laminated veneer lumber) and clad in a magnificent metal exterior, The Peak makes an unforgettable impression. The lumber is sustainably sourced and boasts a six-star energy rating, making it a very eco-friendly material choice.

To perfectly house the IKEA furniture, The Peak has been equipped with double-height ceilings and ample space for a queen-sized bed. The ceilings make the home seem larger than it really is, and they also leave plenty of room to set up a second bedroom in the loft above the kitchen, bathroom, and first bedroom. 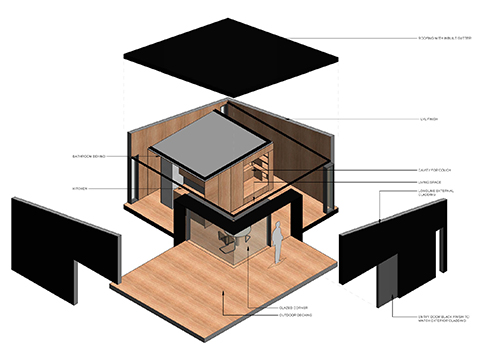 Additional eco-friendly features include a roof that can be fitted with up to 16 solar panels and raised floors that leave plenty of room for a large hydration bladder underneath. Occupants also have the option of connecting the home to local utility lines or going completely off-grid and relying on their own water and energy sources. The home has also been designed to accommodate a composting toilet. 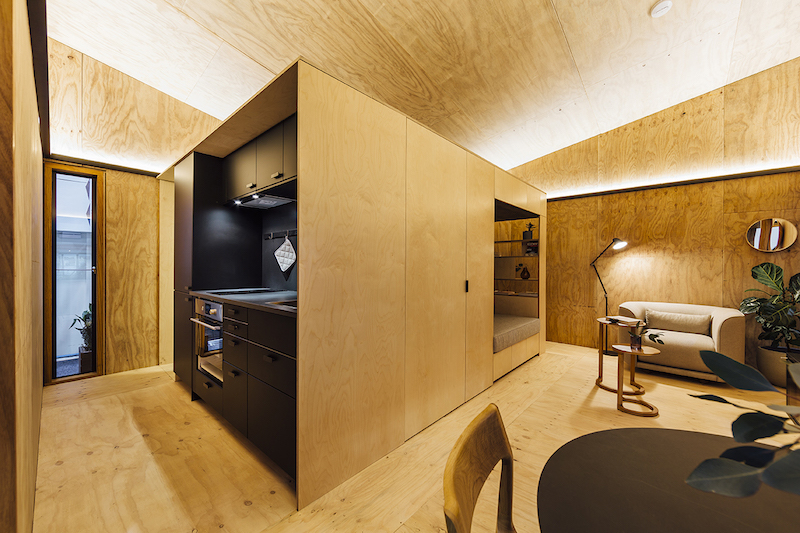 Grimshaw is optimistic that its tiny homes will ease the housing plight of many of Australia’s young people, keeping in mind that Sydney, the capital of Australia, ranks 10th among the most expensive cities in the world.