A graduate from the Innovation Design Engineering masters program at London’s Royal College of Art has recently designed a bicycle that allows users to vertically scale buildings. Elena Larriba, a Spanish architect and designer based in London, created “Vycle” to promote “urban vertical movement.” She came up with the concept based on some of the changes she observed in the city, which has slowly gone from a low-rise, low-density urban grain to a high-rise, high-density metropolis. Among other things, this population influx means that urban users (and human beings in general) need to find new and sustainable forms of vertical circulation. Larriba aims to provide people with a way to reach higher floors other than via stairwells and elevators — both of which are costly design constraints that take up a lot of a building’s usable floor area. 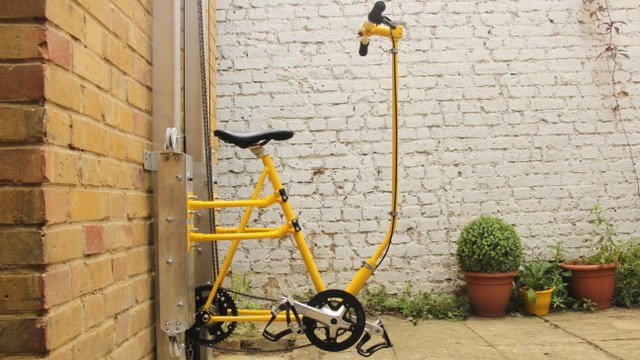 Larriba has discovered a kind of “gap” in vertical transportation between stairs and elevators, and that’s exactly where Vycle comes in. Larriba compares commuter methods within urban centers like walking, cycling, and driving to vertical movement within buildings, but correctly notes that there is no corresponding mode of transport for the bicycle. Additionally, it would be beneficial to retrain people who live in cities to start using their bodies again when going from point A to point B, and Vycle aims to get people from low to high floors using nothing but their own strength and a bike. 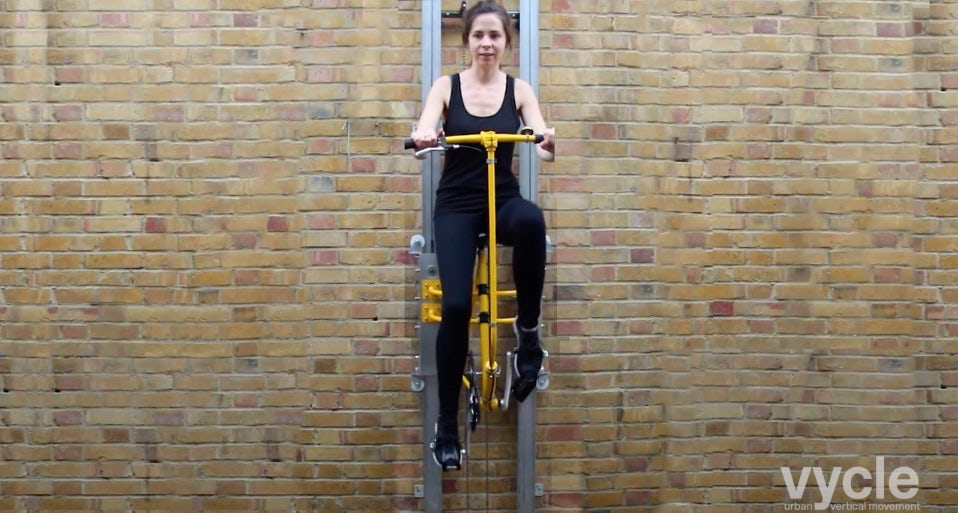 Many urban commuters are actually starting to favor the bicycle as a mode of transportation, and cities all over the world are becoming increasingly bike-friendly with each passing year. Many offices are also encouraging their employees to ride their bikes to work by providing them with free parking and discount bike-purchase plans. Why not incorporate this passion for cycling into people’s homes, too? 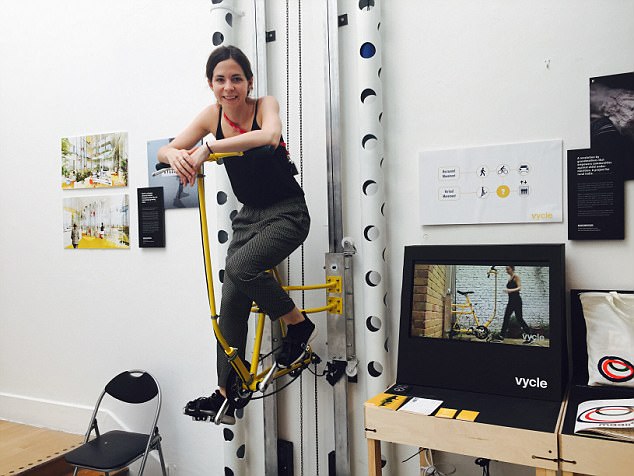 Vycle takes its cue from traditional cycling and is based around a patent-pending, custom-made system that uses pedal power to allow the user to ascend a building. What looks like half a bike is fixed to a metal channel that runs up the face of a wall. The user sits on the saddle, holds onto the handlebars, and starts pedaling as if they were riding a regular bike. Instead of propelling you forward, however, the mechanism takes you up the building. 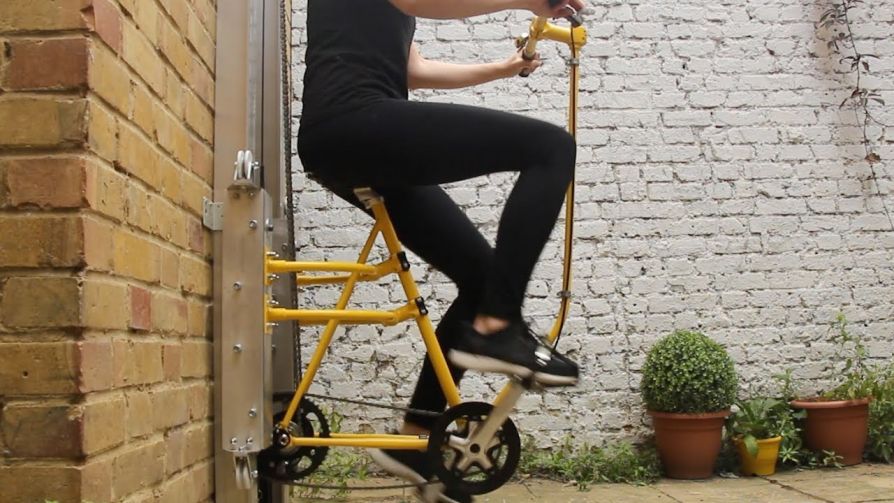 Continue reading below
Our Featured Videos
The system incorporates a built-in counterweight that balances the bike, but the fact that the user still needs to bring their own weight up the wall means that the Vycle will also provide them with aerobic and fitness benefits. This is also encouraged by the presence of gears, similar to those on standard bikes, which allow the user to up the resistance and make the climb even more difficult should they feel like it. Larriba sees Vycle as eventually becoming the preferred method of vertical transport in areas like new Chinese cities, where space is precious and cycling culture has already been ingrained into the society. She also thinks that it would greatly benefit office spaces, where it would reinforce the idea of cycling to work.