An early earthquake warning can be the difference between life and death. Unfortunately, most of the warning systems that can reach thousands or even millions of people aren’t widespread, even in high-risk zones like California, and rely on a transfer of information between local sensors, seismic stations, and communications networks. In the meantime, precious minutes of warning are lost. 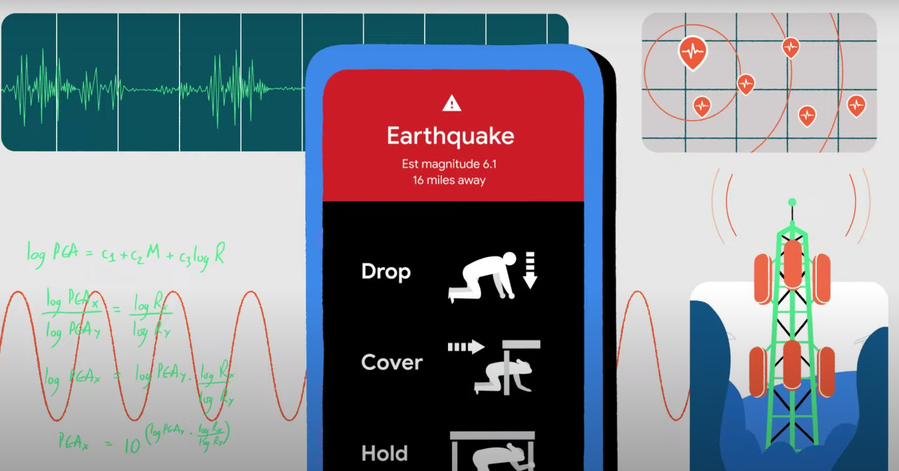 Google has a novel solution: an Android phone-powered earthquake alert system. Most of us are already carrying potential sensors in our pockets, making the general population a big untapped resource for detecting potential earthquakes as they happen. That’s because the accelerometers in our smartphones, paired with location data, are sensitive enough to detect the P-wave: which is the first wave that comes out of an earthquake and usually much less destructive than the S-wave that follows.

Because the technology already exists in our phones, all Google had to do to activate it was build earthquake detection into the operating system. WHen it’s up and running, the Android Earthquake Alerts System will become “the world’s largest earthquake detection network,” giving users a minute or so of warning before the quake hits. That may not sound like much, but it could be all you need to get out of a high-risk location, get to your children from across the yard, or find the sturdiest furniture in your house to hide under.

Distributed through Google Play Services for every Android phone running 5.0 and up, it’s now active on 94 percent of 2.5 billion Google Play Android devices. All you have to do to use it is turn on the Google Location Services switch in the Android settings.

In California, this feature will work with the United States Geological Survey (USGS) and California Governor’s Office of Emergency Services to send the alerts via the existing ShakeAlert system, which traditionally uses signals from more than 700 seismometers installed across the state. That means all Android users in the state will soon become millions of new sensors providing data and receiving alerts.

In other places that don’t have sophisticated ground networks of seismometers, the system will act as an earthquake watch system. “To start, we’ll use this technology to share a fast, accurate view of the impacted area on Google Search. When you look up ‘earthquake’ or ‘earthquake near me,’ you’ll find relevant results for your area, along with helpful resources on what to do after an earthquake.”

Feeling left out as an iPhone user? Make sure you’ve turned on emergency and government alerts under Settings > Notifications. ShakeAlert is continuing to expand with new partners in states like Oregon and Washington, and maybe Apple will jump in with a similar system of its own sometime soon.