At the 2018 Geneva International Motor Show, Goodyear released their new concept tire: the Oxygene. As you may have already inferred from the name, this invention is not only good for your car, but it also works in innovative ways to help the environment. The company hopes that the design will play a part in solving the overwhelming issue of air pollution — mostly because Oxygene tires allow people to clean the air as they drive. 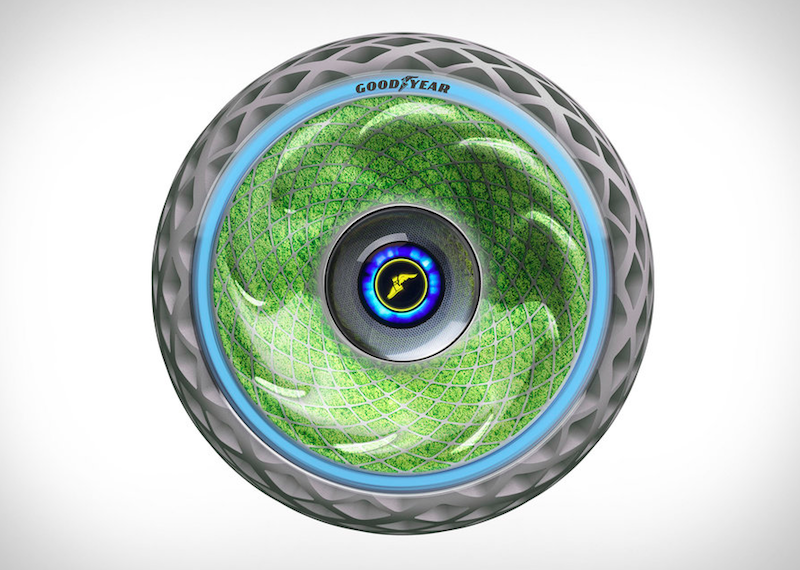 The design was “inspired by the principles of the circular economy, with emphasis on reducing material waste, emissions, and energy loss.” This is evident in four ways. The first is the tire’s inclusion of living moss within its sidewall, a feature that’s meant to filter carbon dioxide (a compound that cars normally emit) out of the air. The tire has also been given an open frame and a smart tread design in order to pull water from the road for photosynthesis. In theory, these tires would turn your car into a photosynthic organism that could rid the air of one of its greatest pollutants and and feed a healthy supply of oxygen back into it. 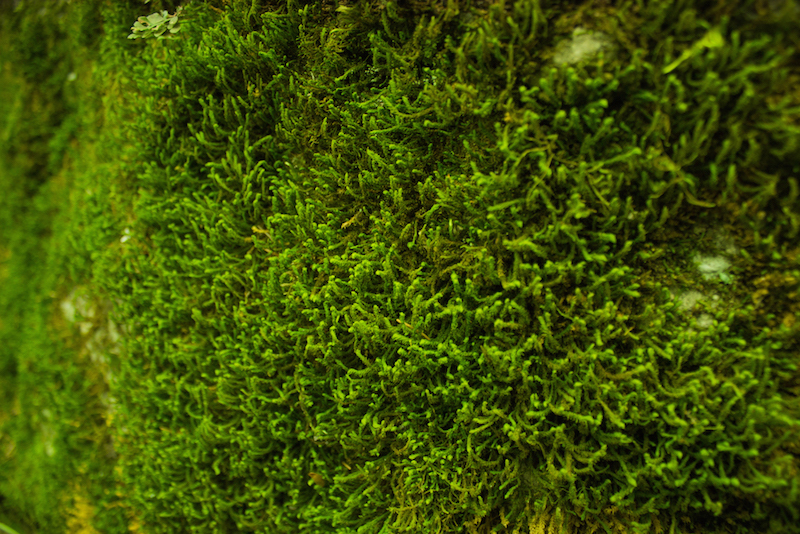 Another way that this invention embodies the idea of a circular economy is through the recycling of its materials. More specifically, Oxygene tires are made with a non-pneumatic (airless) structure that is 3D-printed from the rubber powder of previously used tires. The construction is not only eco-friendly, but it’s also amiable to your wallet and safety concerns. After all, an open airless structure does allow for better grip on wet roads and lower your chances of service or puncture issues. 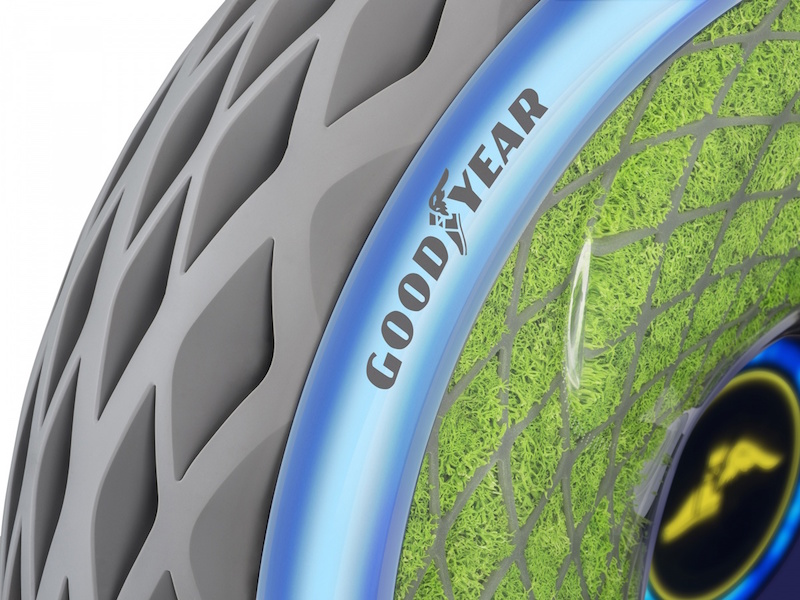 Additionally, Goodyear boasts that the design will be able to power itself. The energy that is created during the process of photosynthesis could fuel the tire’s onboard sensors, A.I. processing unit, and colorful lighting strips, all of which it would use to communicate with both pedestrians and other drivers. And the final feature promised in this tire? Communicaton at the speed of light. The Oxygene uses Lifi, a light-based communication system, to connect and exchange data with other cars and infrastructure. 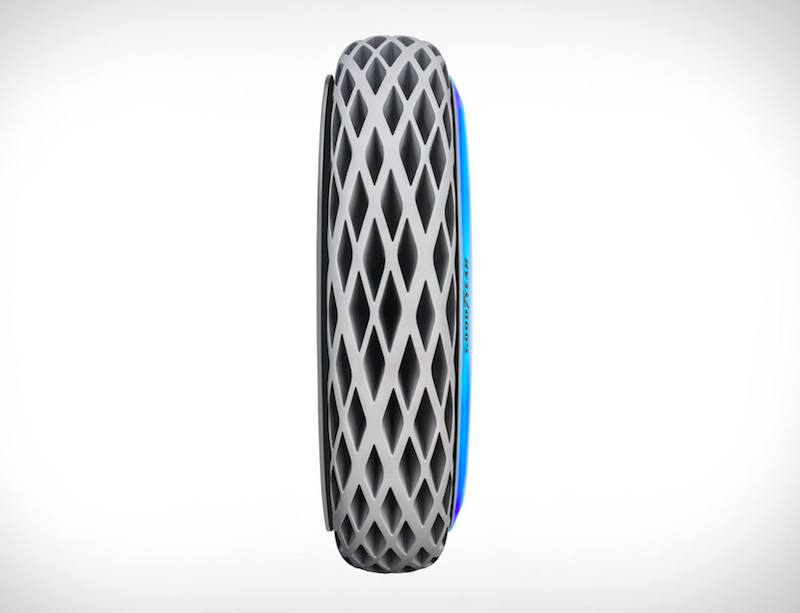 Goodyear has been around for quite awhile now, with its foundation dating all the way back to 1898. Still, this long history has done anything but make the company arrogant or lazy, as it is always working to better itself and the impact it leaves behind. Since 2010, it has reduced its releases to the enviroment by 82 percent, and its work is far from finished. The end goal is actually quite hefty: to release zero waste to landfills.

From Goodyear’s website, it’s clear that the organization understands its corporate responsibility, and that it wants to not only improve its own performance, but the world we live in. Though this project is just a concept for now, the company looks forward to “[bringing] the future of mobility to life as a visionary solution for cleaner, more convenient, safer, and more sustainable urban mobility.”