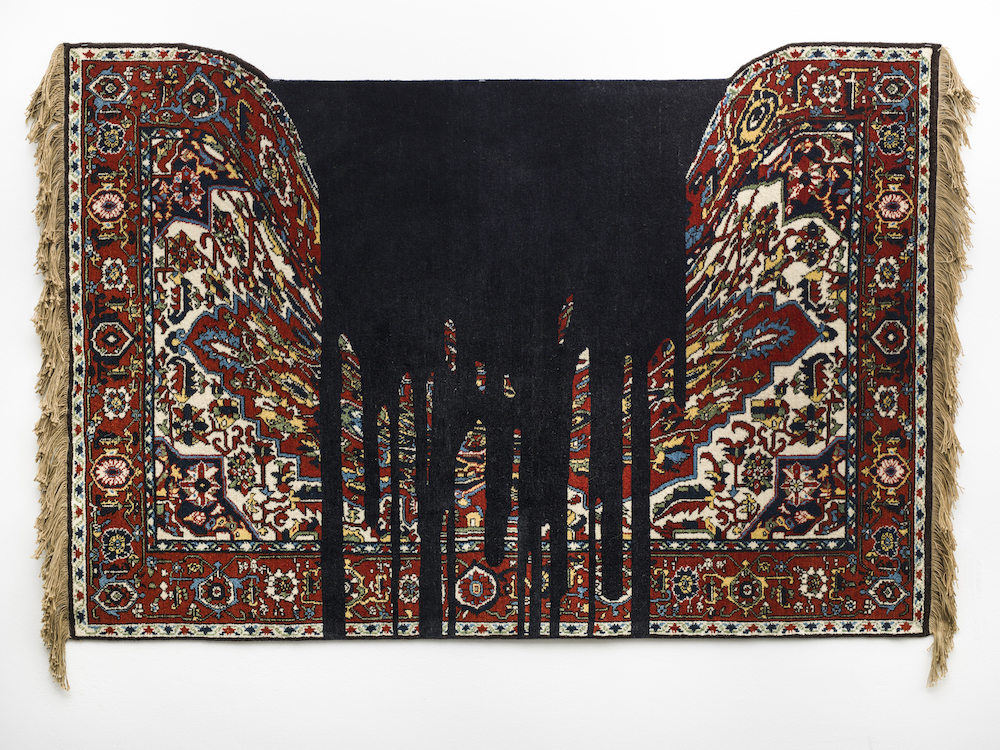 Like files that are too large or corrupted to load properly on your computer screen, these traditional carpet patterns appear to melt, stretch, distort, display color incorrectly and dissolve into pixels. But they’re not Photoshopped. They’re real, physical “glitched” textiles created by artist Faig Ahmed, who explores mutations in patterns that are generally predictable as a way to reveal the unlikelihood of perfect symmetry in our chaotic universe.
Taking patterns that have been used in textiles for centuries in places like Turkey, India, Persia and the Caucasus, Ahmed subverts them into something unexpected. Using a traditional loom, he starts with a familiar arrangement of shapes and colors, gradually manipulating them to reflect the kinds of glitches commonly seen on computerized devices. 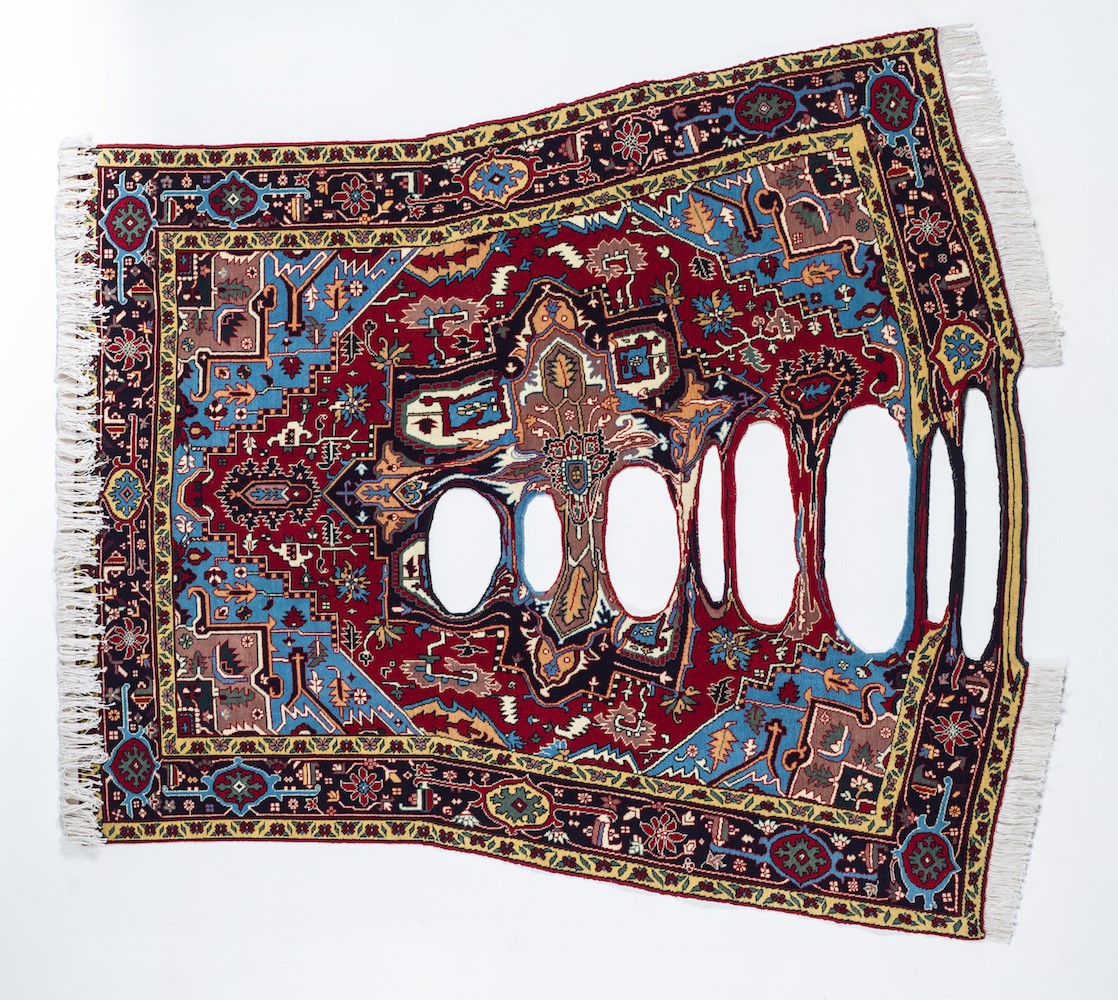 The resulting textile art is a mashup of tradition and modernity, with a splash of Dalí-esque surrealism. Born in Azerbaijan, Ahmed is known for conceptual works that place a twist on traditional decorative crafts, deconstructing ancient patterns and forms and reimagining them in a 21st century context. Ahmed, however, says that merging various time periods is not as important to him as re-visiting older forms of expression, nothing that he’s interested “in the past because it’s the most stable conception of our lives.” 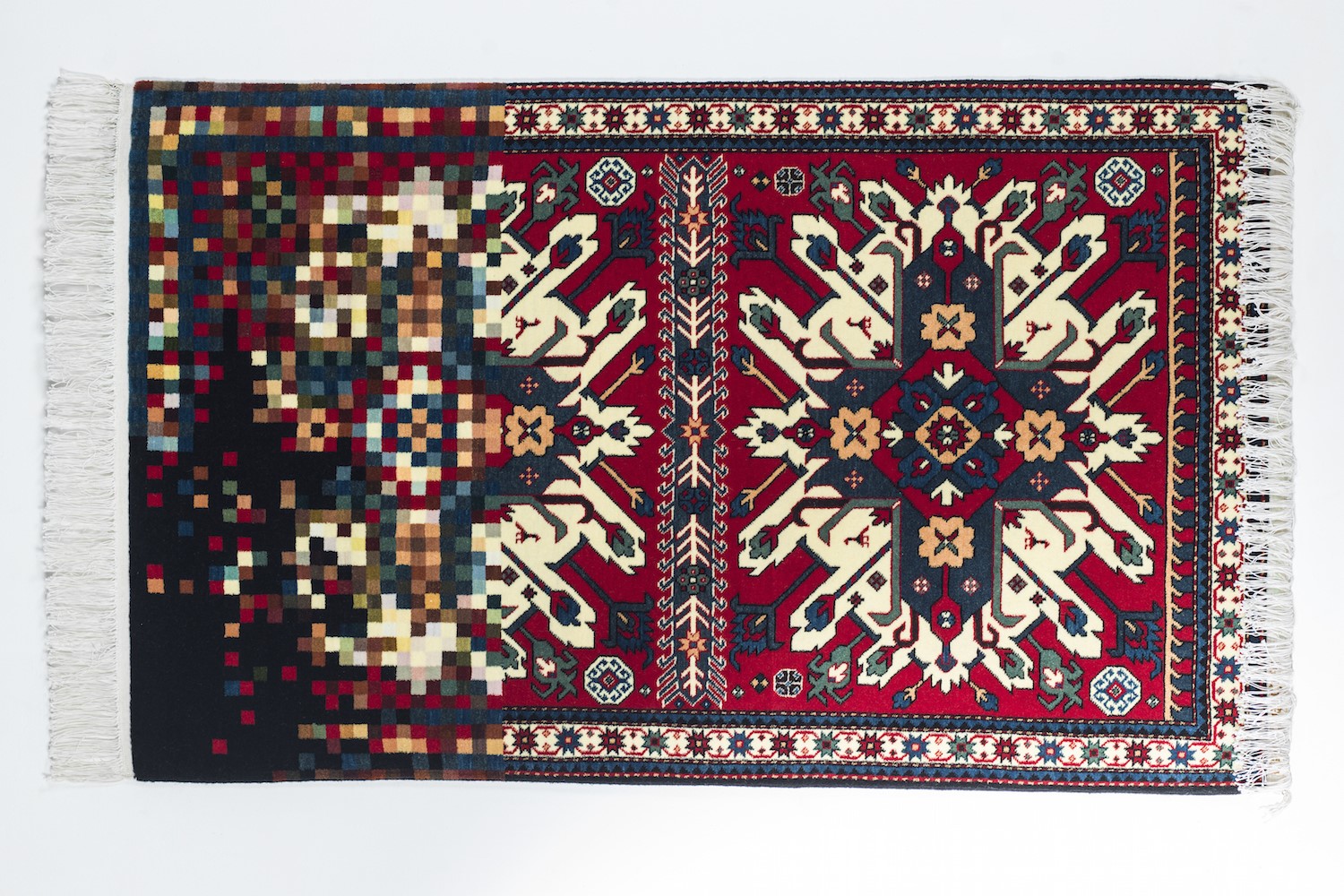 Ahmed’s approach to blending traditional rugs with computerized elements and modern art also helps break down divisions between art and craft, which can belittle means of expression that have long been considered women’s work, like weaving.
“I explore ancient traditions, cults and cultures,” says Ahmed. “I make my own research and as I communicate with it, I create art. My carpets, installations and embroideries are the result of this interplay. It is fascinating to observe the process of such an easy transformation of such ancient and stable objects. I am in love with textile. Because fabrics are objects that humanity is using from the beginning of times, till nowadays.” 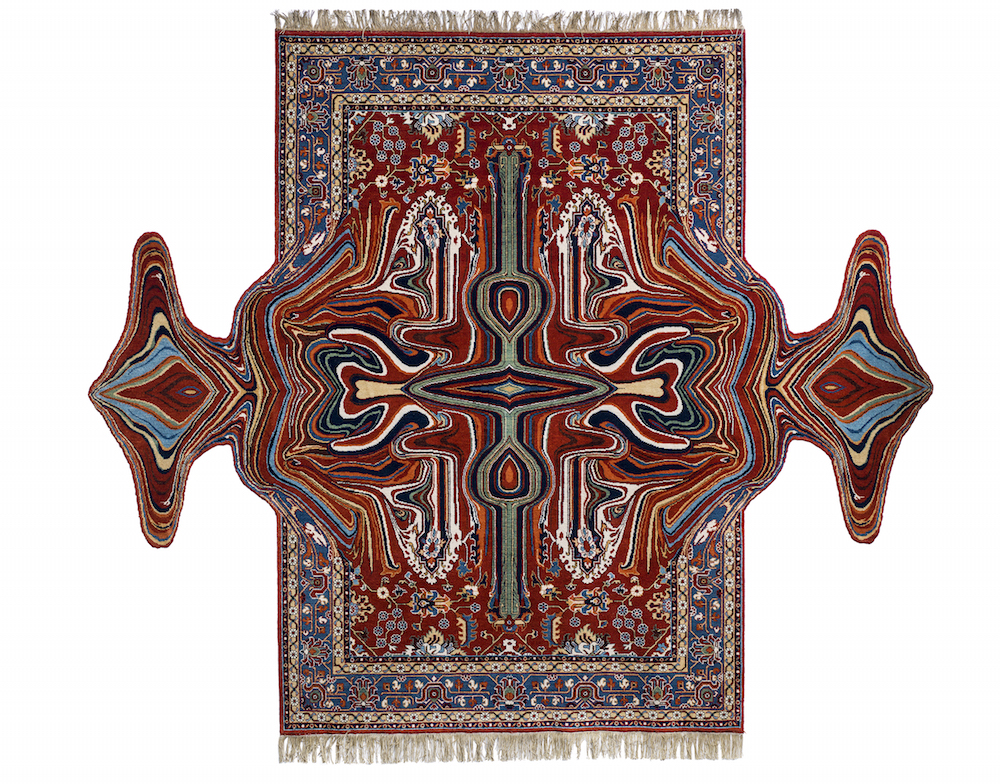 “Another thing that interests me is pattern. Patterns and ornaments can be found in all cultures, sometimes similar, sometimes very different. I consider them words and phrases that can be read and translated to a language we understand. My art is an experiment. I want to examine the subject matter to see how deep we can go inside something accomplished and holistic and to observe the influence this kind of change can have on people.” 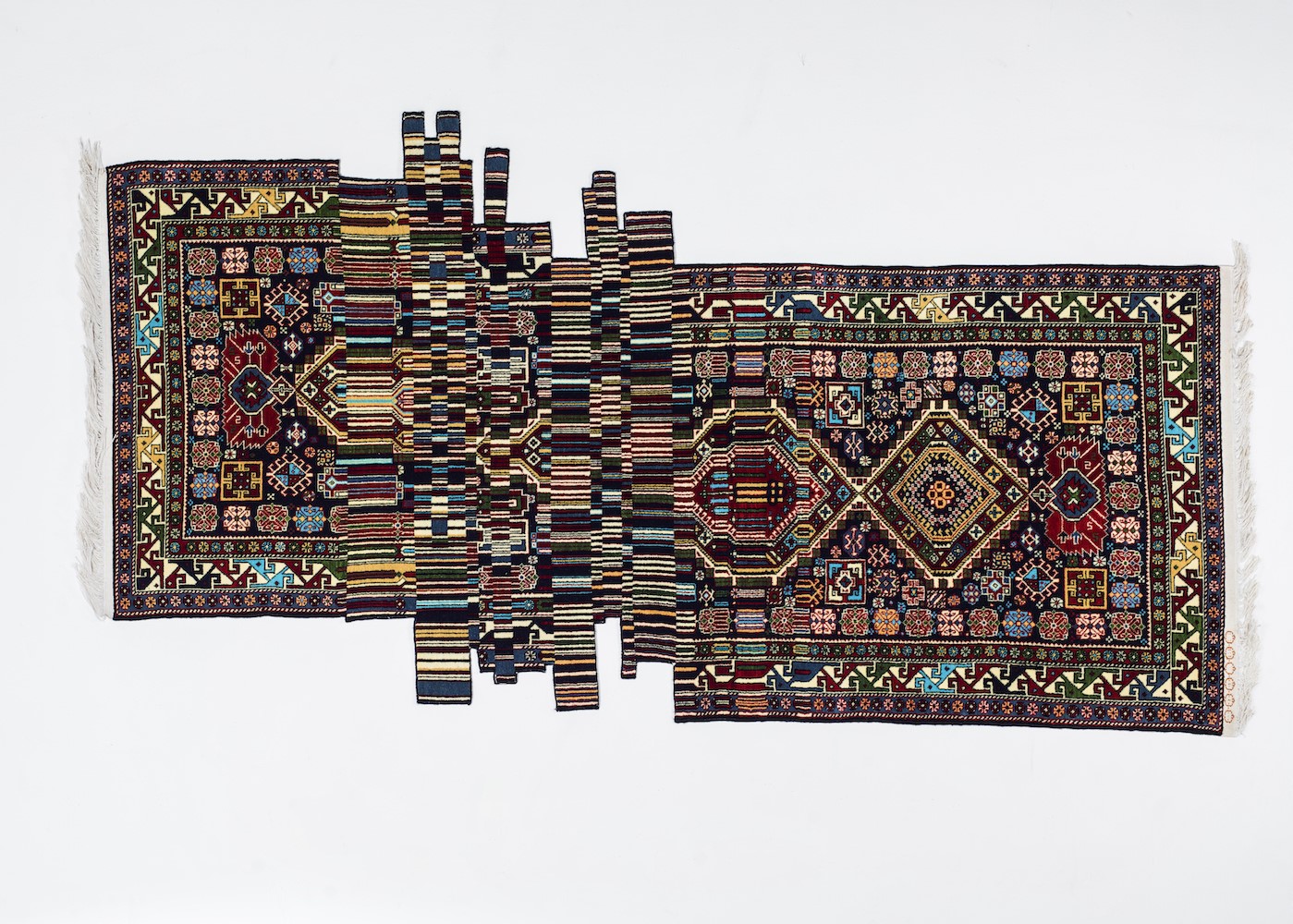 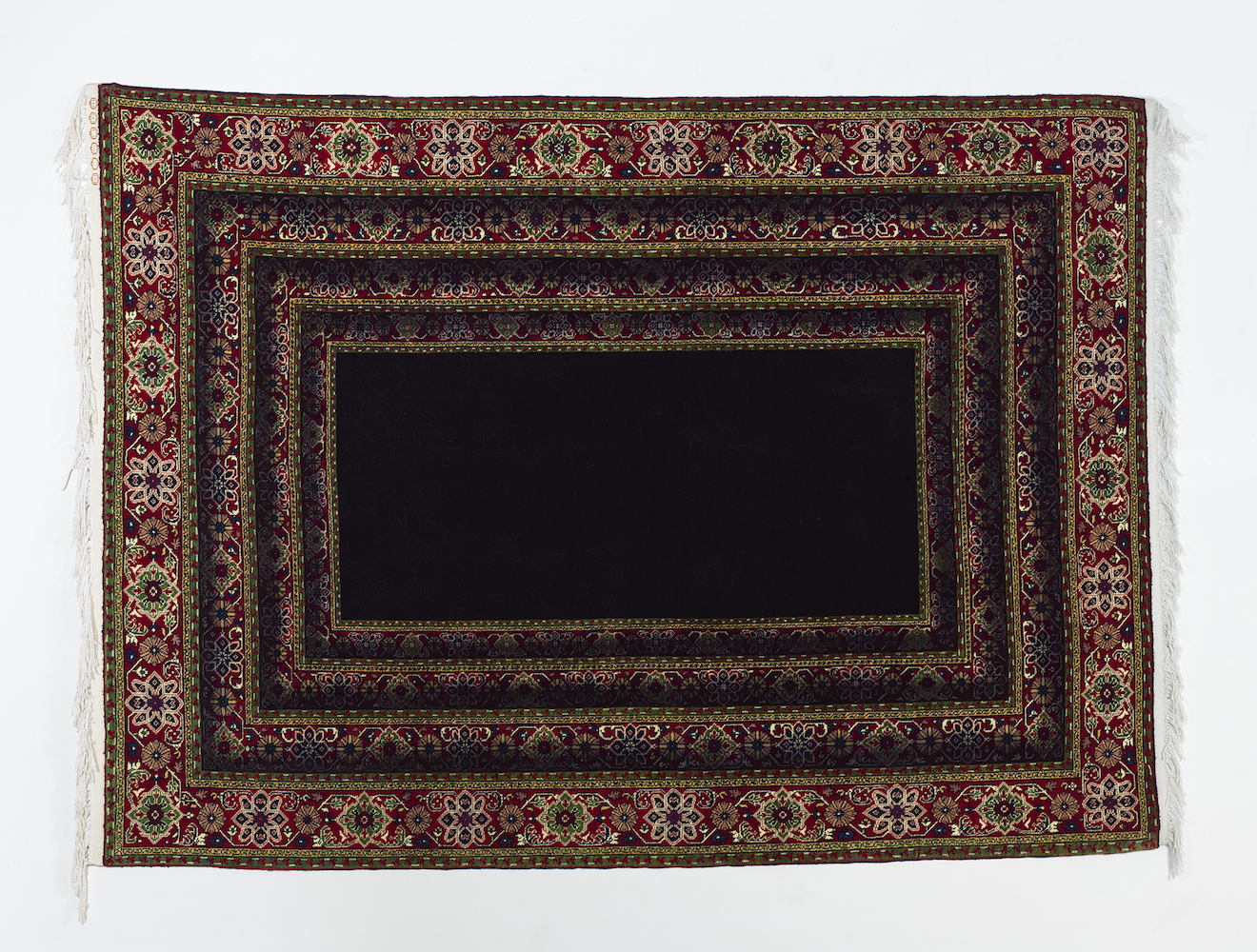 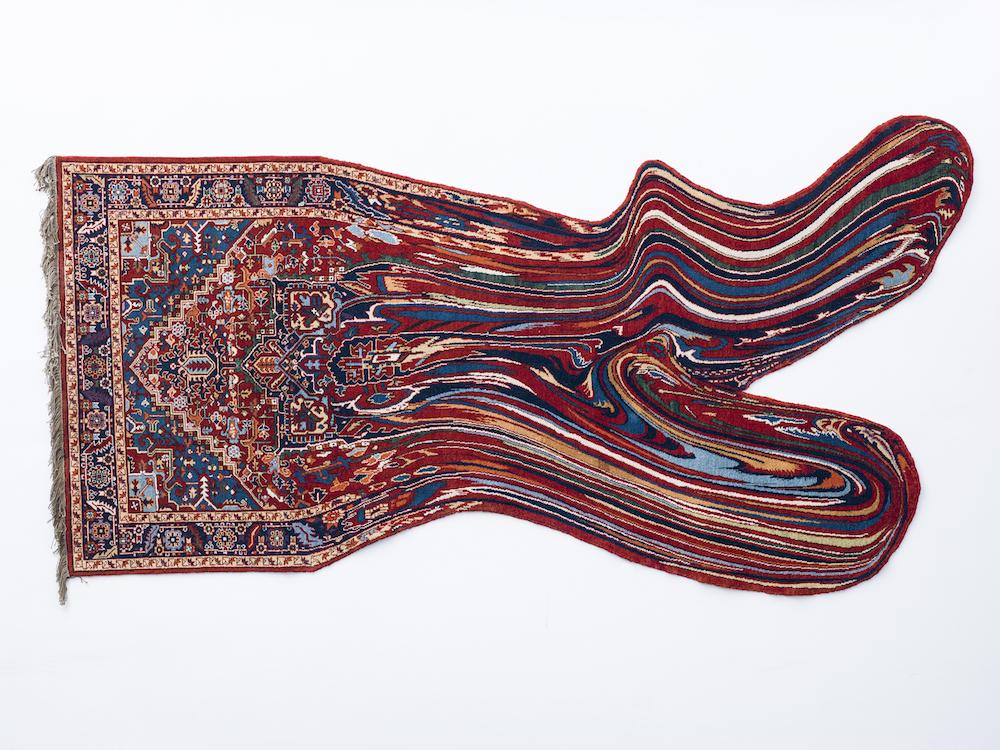 Particularly cool examples of glitch art, these new creations join dozens of others in the same series, as Ahmed continues to explore the transformation of objects that have been visually stable for thousands of years. What does it mean to adhere to tradition while still evolving, and look to it as a way to root oneself in the past as the world keeps moving forward? 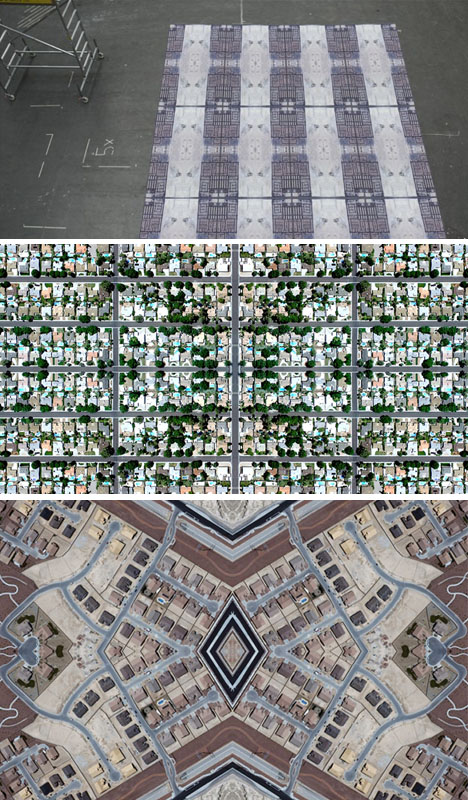 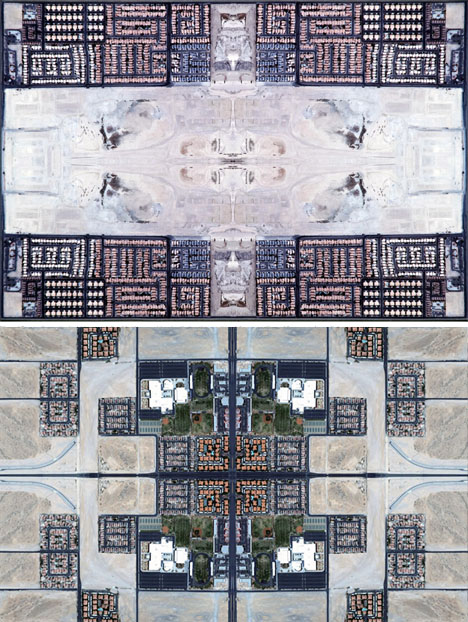 Continue reading below
Our Featured Videos
Another twist on traditional rugs by German designer David Hanauer reveals hidden patterns in the built environments of human civilization, particularly in planned communities. Taking satellite imagery catalogued by Google Earth, Hanauer shows us that repetition, symmetry and other facets of what we tend to consider visually beautiful works surprisingly well when woven into traditional-style rugs.