Enjoying a 360-degree view of the stars from bed usually requires camping in the open air, without so much as a tent overhead. But spend a night in the Living O’Pod, and you’ll enjoy a similar experience with the same level of comfort and luxury you’d expect from a high-end hotel suite. In fact, the pod is so spacious you could live in it full time, provided you don’t care too much about your own privacy. Designed by UN10 (Unio) Design, this prefab glass orb home features not one but two interior levels with panoramic views of its surroundings. 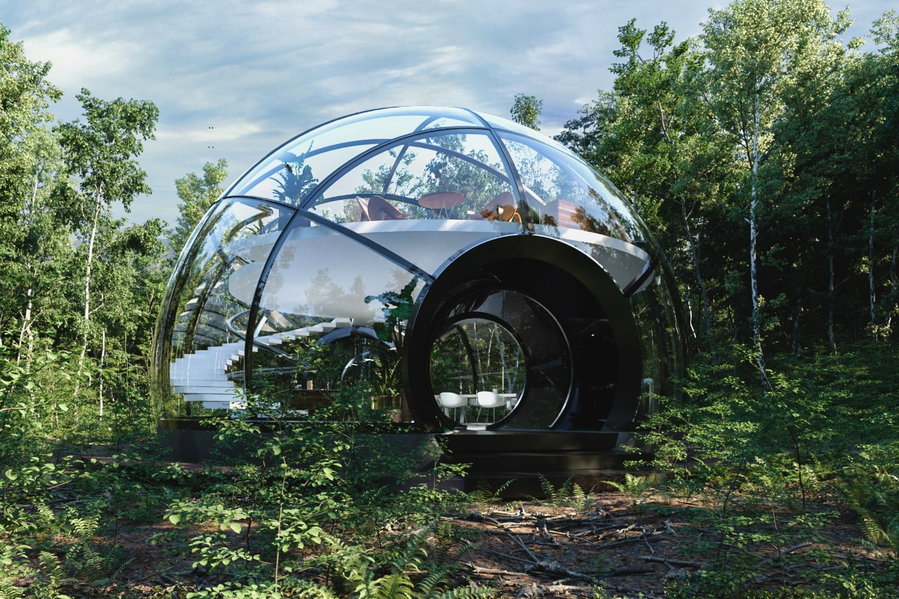 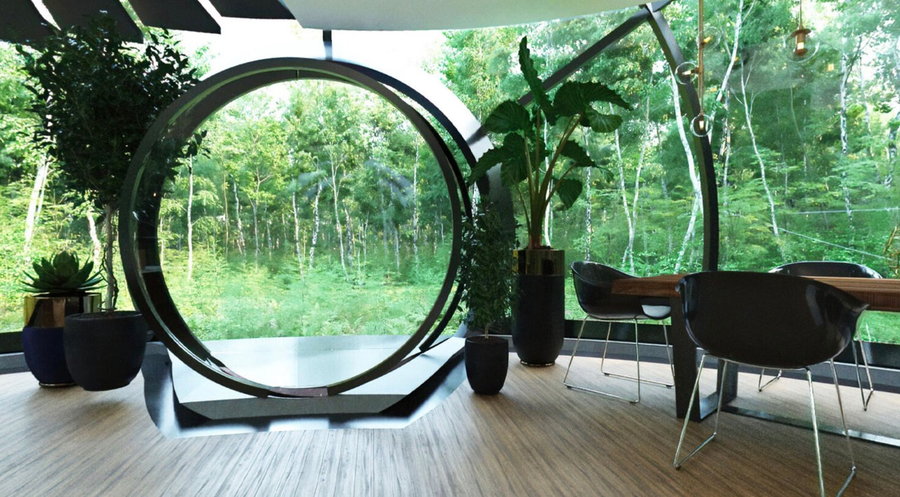 The coolest thing about the Living O’Pod is the fact that it rotates in a full circle, spinning on its base to change up the views whenever you feel like facing a different direction. Depending on where you put it, you could be gazing out at the forest by day and enjoying the moonlight glimmering on a body of water after dark. Though it looks like it a lack of insulation would make it hard to keep cool or heated in extreme weather, UN10 Design says the pod is equipped with a thermal insulating layer and heating system to ensure normal operation in winter. 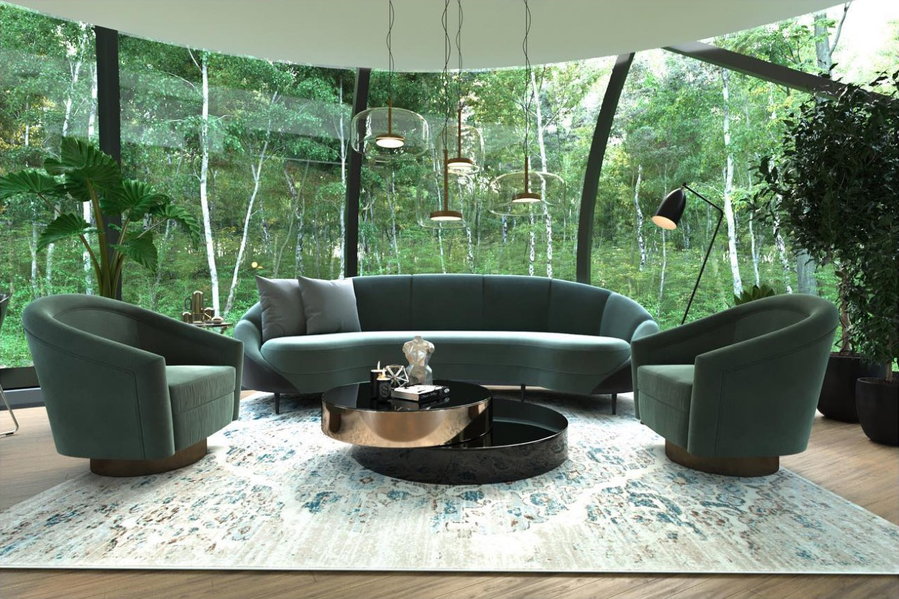 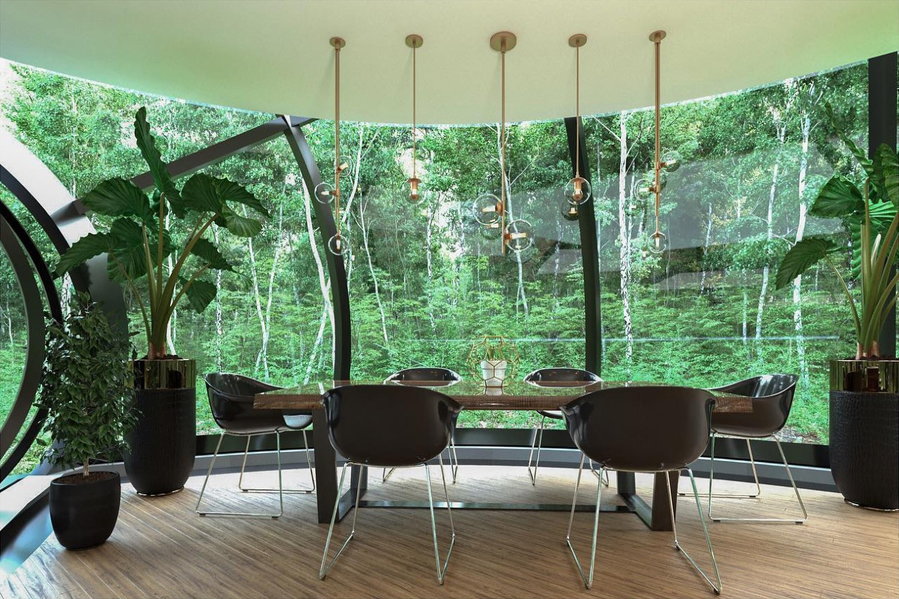 The interiors are designed to be comfortable enough for two people, featuring a kitchen, bathroom, and living room on the lower level and a curving sculptural white staircase leading up to the mezzanine bedroom, which is itself large enough to include a desk and seating area. The entryway is a circular glass door that appears to be the only part of the pod’s shell that opens to the air. The interior elements are all made of plywood. 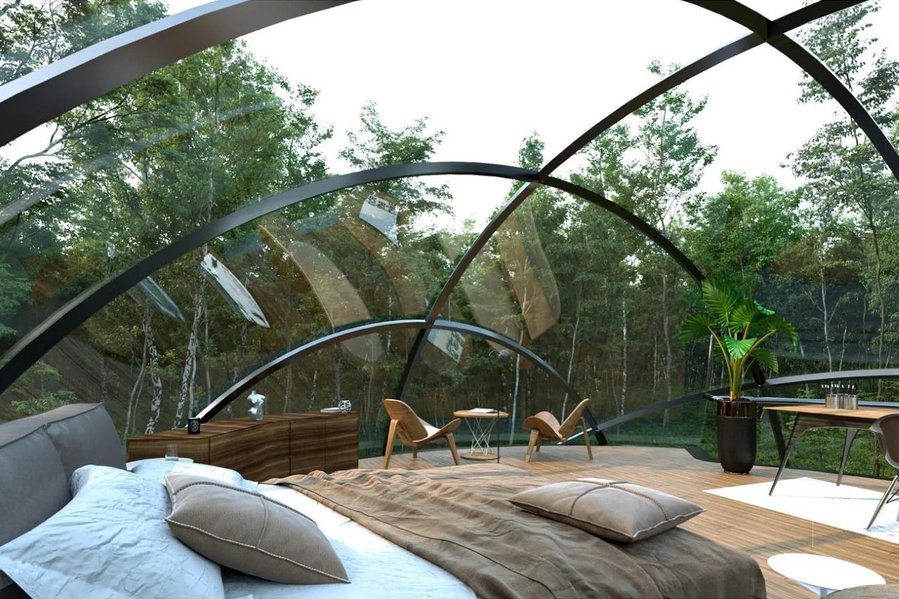 The Living O’Pod is hypothetically set within the Repovesi National Park in Finland, one of the country’s most popular parks featuring picturesque hilly landscapes and forests that are now recovering from heavy commercial timber production. It seems that the company hasn’t yet built an actual prototype, but they explain that all of the pod’s components, including the main steel frame, would be prefabricated in a factory and transported to be assembled onsite to ensure the precision of the spherical shape. 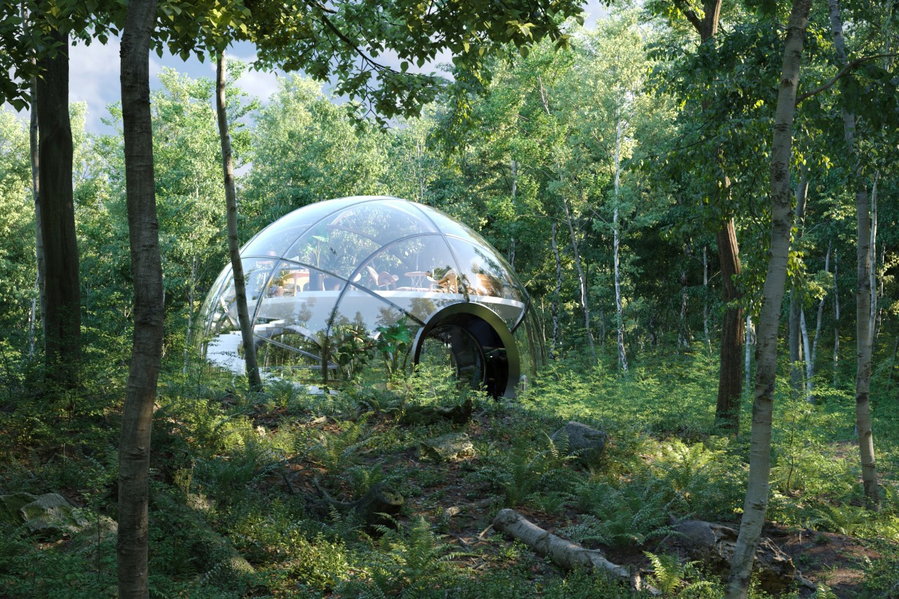 UN10 Design doesn’t get into the technical details, so it’s unclear whether this glass living pod is just a beautiful dream or a fully fleshed-out concept ready to hit the assembly line. In either case, it at least seems possible to achieve. Glass dome homes and houses that rotate on a spinning base both already exist, so why not put the two ideas together in a form as captivating as this one?

“Home should be a personal space where you feel secure, creative, and inspired,” says UN10 Design. “The next housing concept should nurture the habitant’s soul, mind, and also be resilient for upcoming social, environmental, and technological challenges. Minimal, decentralized but connected, smart, and functional spaces need to be considered instead of the conventional urban fabric. The Living O’Pod is a space where you can communicate with mountains, trees, the sky, and streams.”