As part of a never-ending quest to foster a peaceful future between man and machine, Japanese tech company OMRON caused quite the commotion at last week’s Consumer Electronics Show (CES) in Las Vegas, thanks in large part to their new friend FORPHEUS: a ping-pong playing robot designed to act as a teaching aid to players wanting to track and enhance their performance. The larger-than-life bot is already the fifth of its kind, employing all of OMRON’s usual core technologies like artificial intelligence and state-of-the-art sensors. On top of that, FORPHEUS has also been graced with personalized coaching skills, the ability to predict its opponent’s every move, and a significantly expanded range of motion, making it the company’s most advanced project to date. 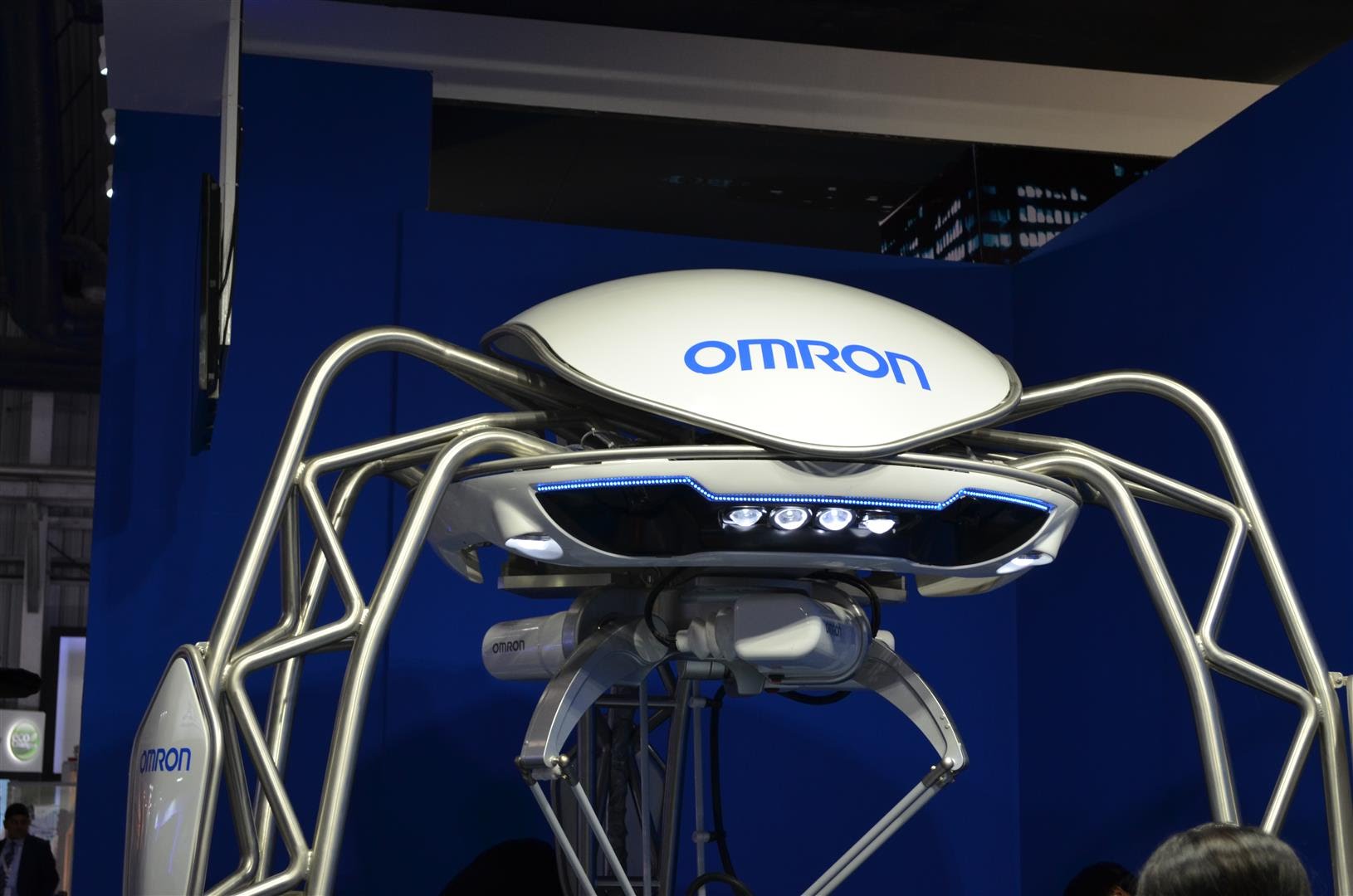 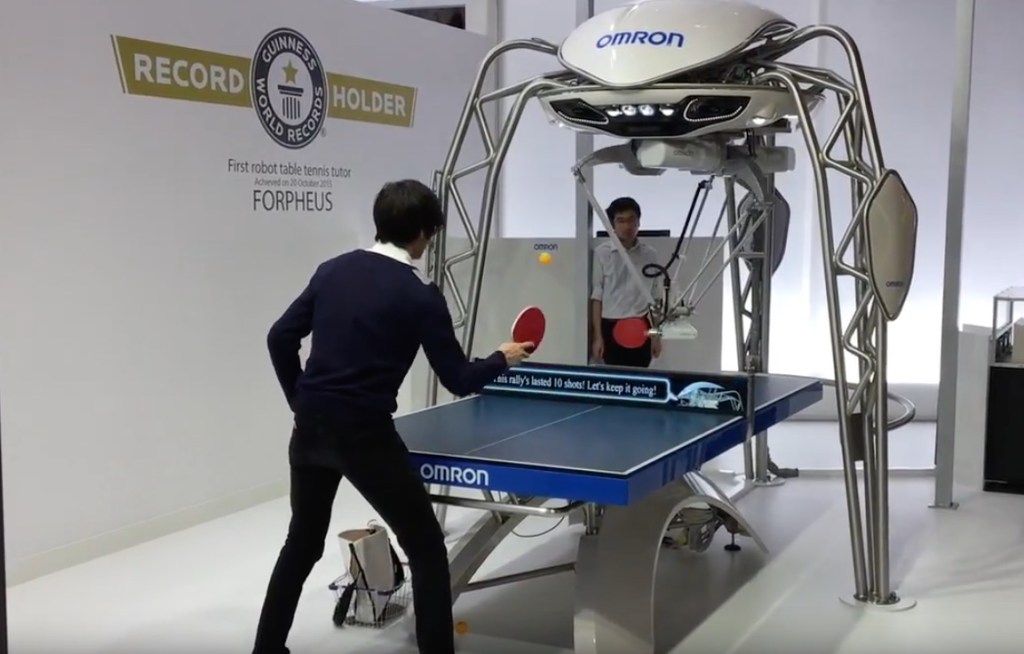 At CES, Dornob’s Editor-in-Chief got the chance to go head-to-head with the mighty FORPHEUS in front of an initially skeptical audience. It wasn’t long before everyone’s face began to show looks of astonishment, as the machine managed to match her each and every move! Utilizing its high-speed multi-axis arm, FORPHEUS mimics the movements that a human wrist and elbow perform during a typical ping-pong match, allowing it to put things like topspin and backspin on all of it shots. 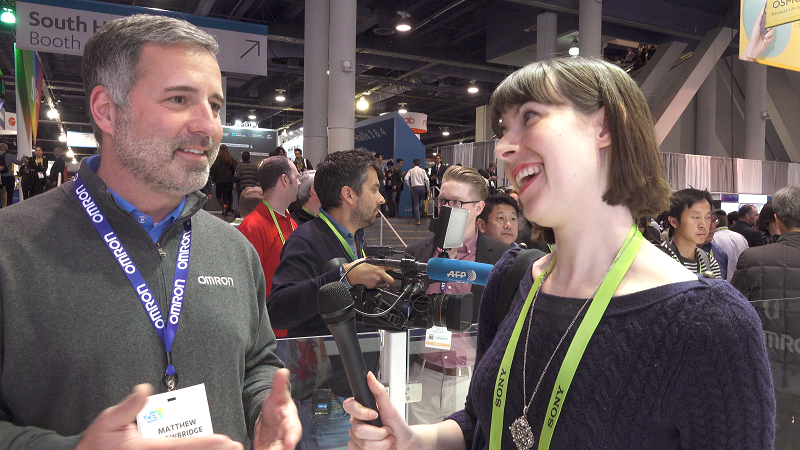 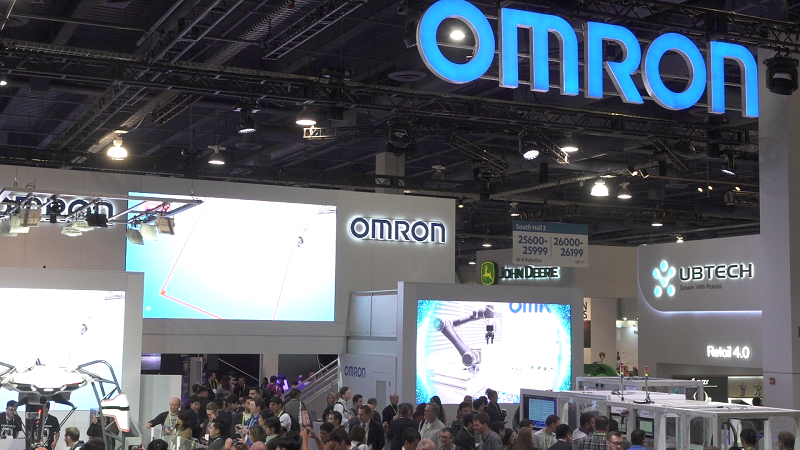 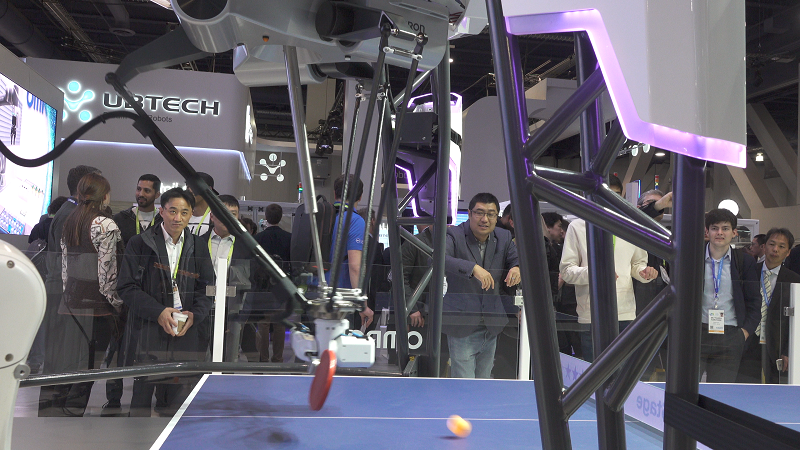 The newest incarnation of the ping-pong robot runs on a four-camera system, a quarter of which is made up of a high-speed image processing camera that helps its sense its opponent’s skill level, form, position, and racket speed, as well as the trajectory of the ball in play. The bot can then analyze this data and compare their opponent’s moves to those of professional players, further enhancing its personalized coaching feature.

FORPHEUS stands for “Future OMRON Robotics Technology for Exploring Possibility of Harmonized Automation with Sinic Theoretics,” so it’s pretty easy to see why the acronym was needed. According to the company website, the ultra-intelligent bot has the ability to detect a ping-pong ball’s location up to 80 times per second during a match. It might be hard to imagine this giant piece of machinery ever sitting in someone’s garage or game room, but we can see how the advanced technology behind it could soon be used to improve other areas of everyday life in the future. 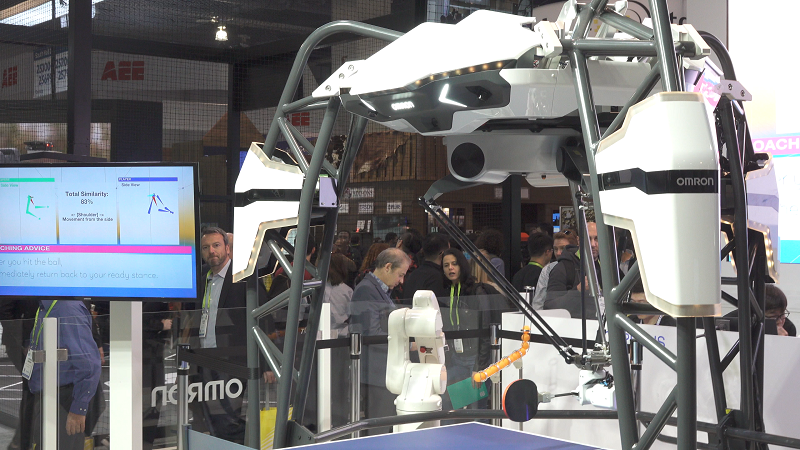 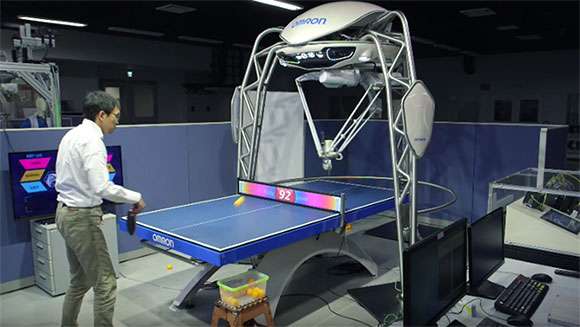 When all was said and done, FORPHEUS was definitely one of the most impressive products Dornob got to interact with at CES 2019. The 10-foot-ball ping-pong robot vied for attention with customer service robots, motorcycle helmets with built-in tracking technology, gesture controlled drones, an 8,000-pound bionic exoskeleton that can allegedly reach speeds of up to 20 miles per hour, and a ton of other mind-blowing technology we didn’t even realize existed yet (or knew we needed). 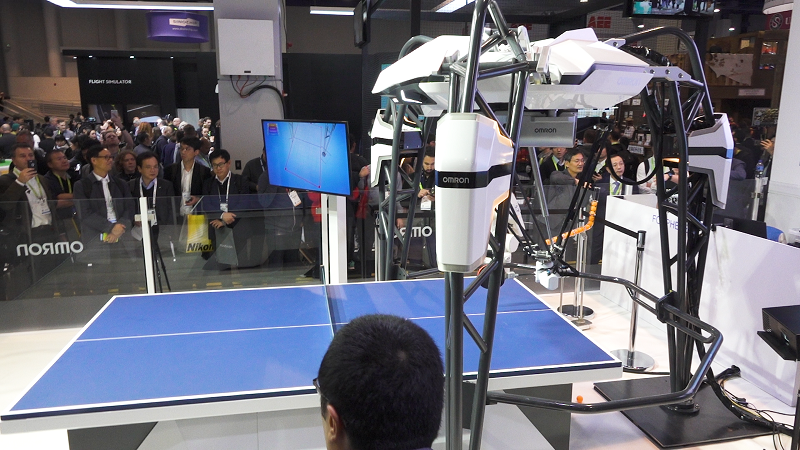 The OMRON team explains that they aim “to improve lives and contribute to a better society,” upholding a key belief that businesses should give value to their communities, not detract from them. They strive to bring sustainability to their industry while using their innovation-driven technologies and concepts to solve large-scale social issues.

Who ever thought a ping-pong robot could have such a big impact?