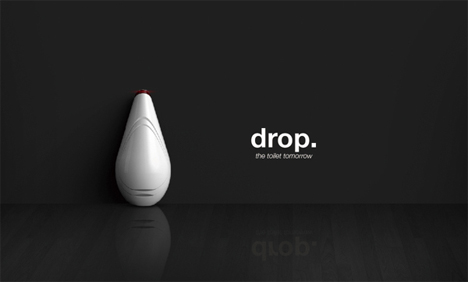 Are traditional Western toilets due for a total overhaul? They are a bit disgusting, particularly when you think of all those dirty hands touching the flusher. Designer Pengfei Li has come up with a futuristic toilet that would take the touch factor completely out of the equation. 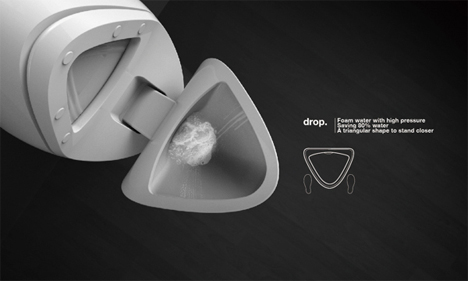 The Drop Toilet (despite its terrible name) is a forward-thinking design for the bathroom of tomorrow. It has a gesture sensor in the front that allows users to open, flush, and close the toilet with a few simple waves of the hand. The toilet uses 80 percent less water than traditional toilets and cleans itself with high-pressure foamy water after every flush, which is activated with a wave of the hand. 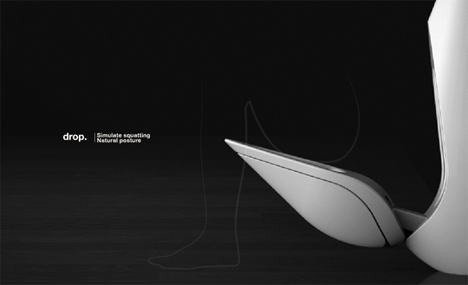 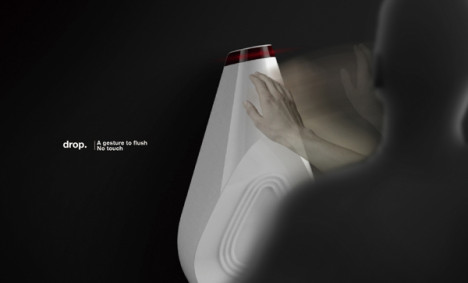 The toilet is not meant to be sat on; it is a squatting toilet similar to those that have been used for centuries in many parts of the world. It might take a while for Westerners to get used to, but squatting toilets are said to be better for the body while also being more sanitary than traditional toilets.