Designers have been inspired by clean, crisp geometries for decades. Straight, sharp lines communicate a purity of thought that is hard to beat in the design world, and a new three-piece collection of lighting fixtures by the famed studio OMA distills the essence of pure geometric forms into tubular arrangements that are as stylish as they are simple. 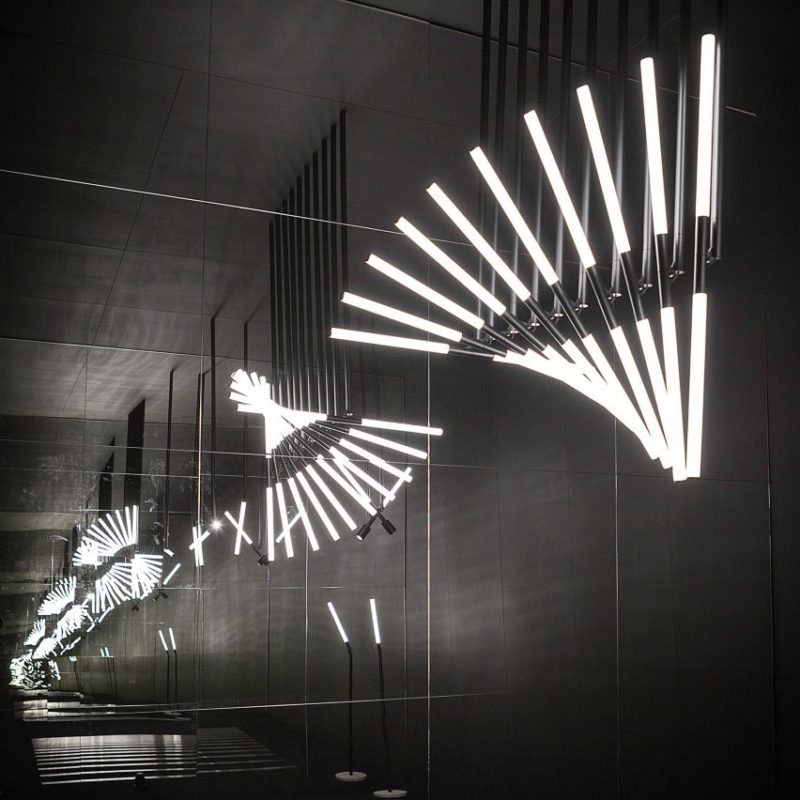 Designed by OMA partner Ippolito Pestellini Laparelli for Delta Light, the “XY180” collection was launched at last year’s Milan Design Week. The same fixtures seem to have made a reappearance at this year’s extravanganza, which is currently underway in the Italian design capital, and they’ve also been covered in a new short film made specifically for Delta Light. Each fixture in the collection is made up of several tubular light fittings, with each illuminated tube extending from a black cylindrical element that is in turn attached to a ceiling-mounted rod. 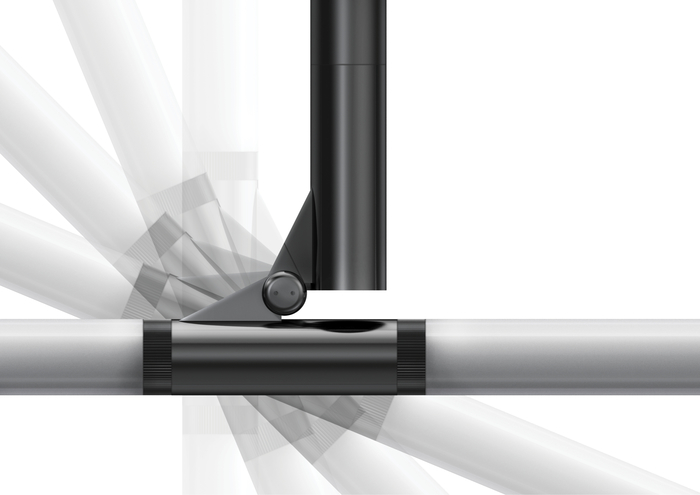 The connector between the rod and the cylinder is flexible and allows the light to be angled in a number of different ways so that the entire fixture takes on an almost sculptural quality. The slender tubes may have been inspired by simple geometries, but as you play with the angles of each individual tube and start to offset them from each other, the fixtures themselves become exercises in geometry.
“This is the first time that OMA has designed a lighting product with a very strong and specific identity. It is based on a fascination for very essential geometries — probably the fundamentals of geometry — a point, a line, and a surface,” says Laparelli.

Laparelli enlisted architect Laurence Bolhaar and product designer Antonio Barbone to collaborate on the design of the fixtures. Bolhaar says, “We didn’t want the luminaire to be just an object, we were aiming for something that could perform. For that reason, we were looking for something that could move, that could swivel and turn. That’s why we started working with the hinge.”
He explained their design strategy further, saying: “a point that moves generates a line and a line that moves generates a plane, so we thought: ‘How can we create a fixture that incorporates all three possibilities?’ The point in this case is represented by the spotlight, where the line is the linear tube light.” 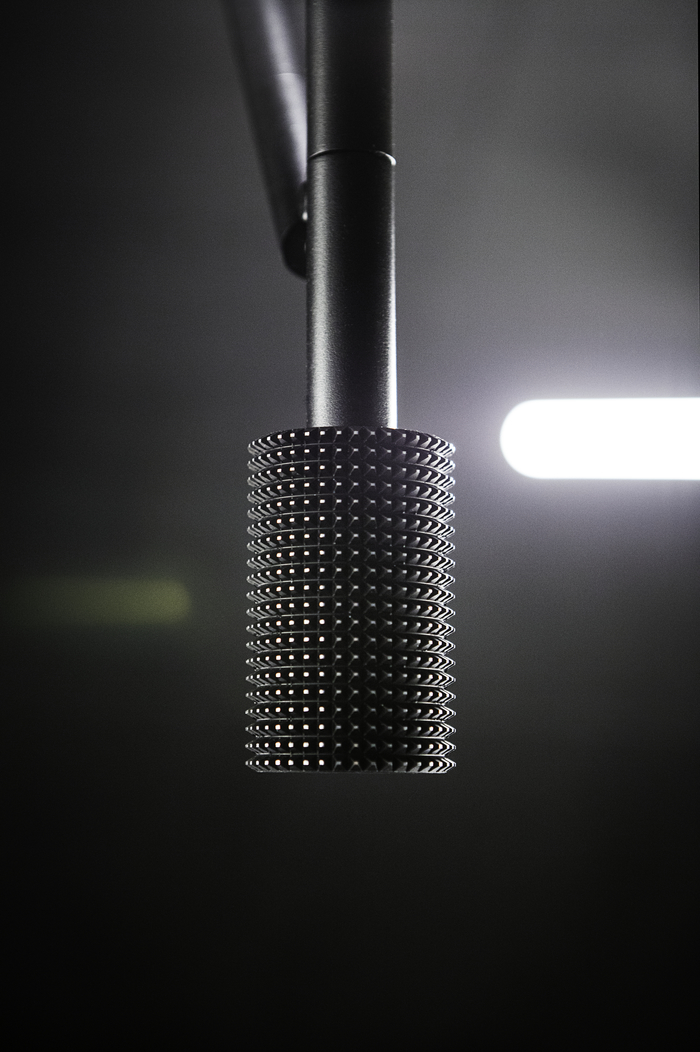 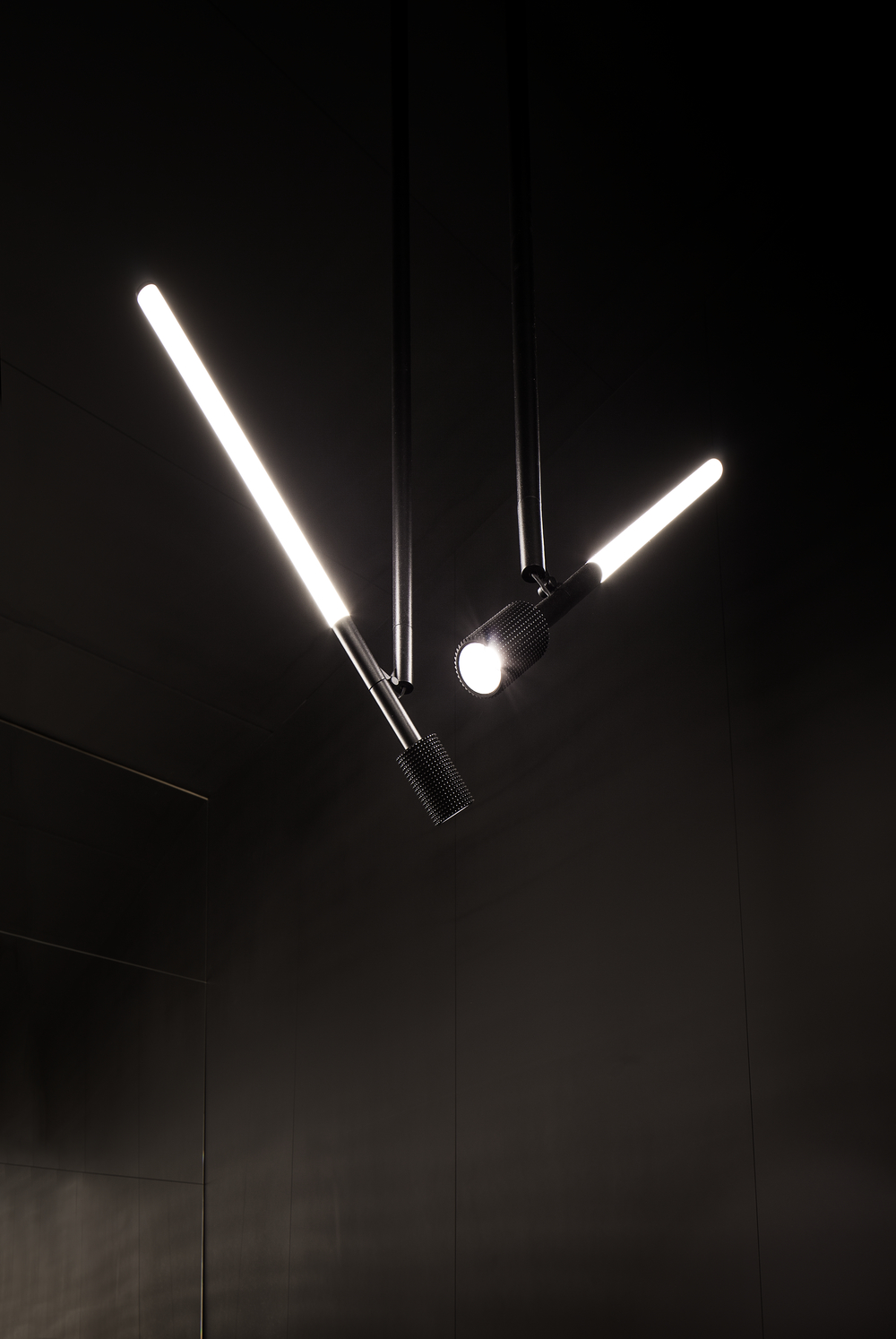 Continue reading below
Our Featured Videos
From this idea, the XY180 collection was born. The collection is comprised of pair of opposing fixtures, whose illuminated tubes point in opposite directions, and one double-ended fitting with a standard illuminated tube at one end and a black spotlight with a powerful beam at the other. There is also one piece that takes the form of a lamp rather than that of a ceiling-mounted fixture. The designers have really managed to strip back the fittings to their geometric basics, and in doing so, they have crafted a unique set of light fixtures that could easily be worked into any commercial, retail, civic, or residential environment.