An architectural plan to redevelop and improve the Sydney Fish Markets has been crowned the “Future Project of the Year 2017” at this year’s World Architecture Festival in Berlin. The festival is the world’s largest annual international architecture event and is structured around five key components: the awards ceremony, a thematic conference program, an exhibition of award entries, sponsor and exhibitor displays, and a series of networking/social functions (as well as WAF fringe activities). 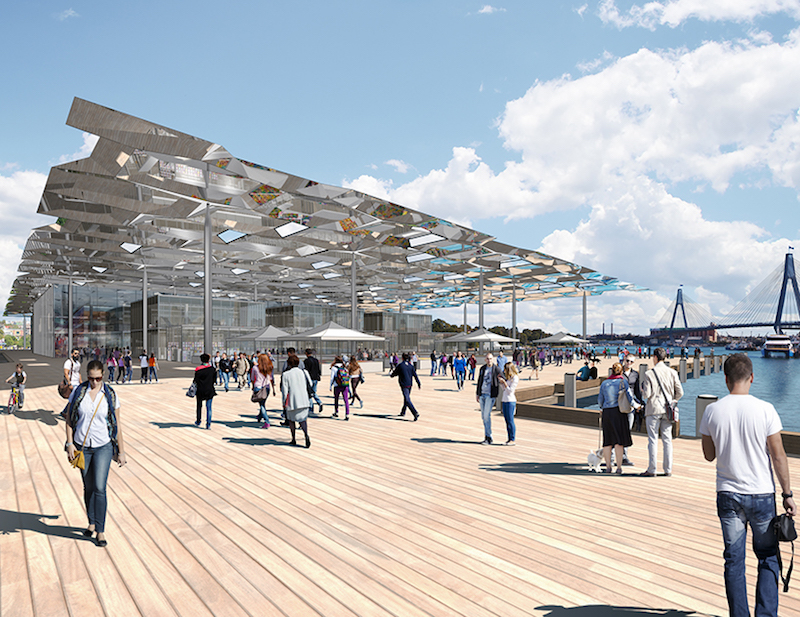 Held over the course of three days in Berlin, the festival hosted a jury made up of James Timberlake of KieranTimberlake, OMA partner Ellen van Loon, WOHA founder Mun Summ Wong, Ian Ritchie of Ian Ritchie Architects, and Christoph Ingenhoven of Ingenhoven Architects. Together, they chose the Sydney Fish Markets scheme from a shortlist of 13 category winners, which were themselves chosen over the first two days of the festival. The winner was announced on the final day.

The winning project was designed by Australian firms Allen Jack+Cottier and NH Architecture (who are based in Sydney and Melbourne, respectively) and proposes replacing the existing “dangerous, odorous, and dilapidated” markets in Pyrmont with modern structures under a mirrored, undulating canopy, which itself would cover an entire boardwalk in the markets’ new location of Blackwattle Bay. The Pyrmont site would then be transformed into a mixed-use development — one that would be completely reinvigorated with a civic character and encourage frequent public usage. 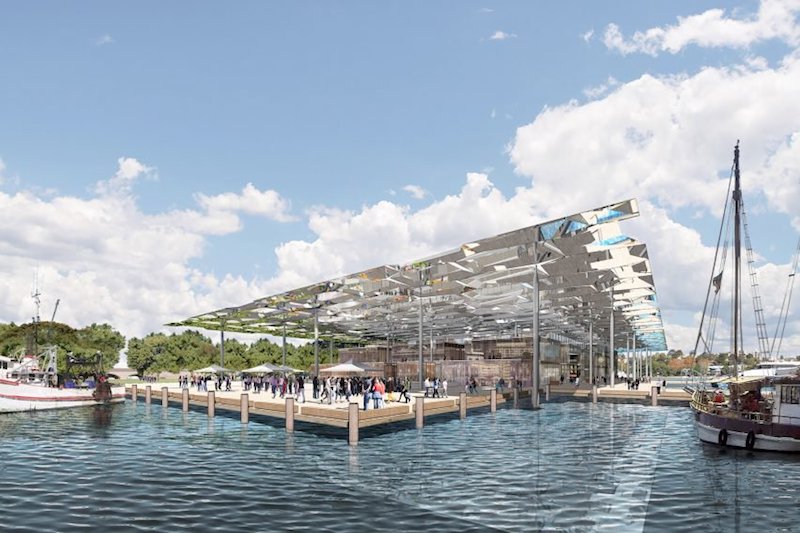 “Our approach for the reference scheme recasts the whole idea as not a building in Blackwattle Bay, but rather a large publicly occupied wharf with a filigree canopy floating over it that happens to have a market in it,” said Michael Heenan of AJ+C. The architects were adamant that the resultant project should not be thought of as a building, but rather as a promenade and an extension of Wentworth Park.

According to the jury, the proposal by AJ+C and NH Architecture was the obvious choice because of the way it interpreted and challenged the original brief. They explain: “The jury took the view that in this category we must award the project that opens up the greatest transformation of the future in all its forms. It addresses matters of real life, visceral life, food, and transport. The architects executed their role in an exemplary and inspiring fashion.” 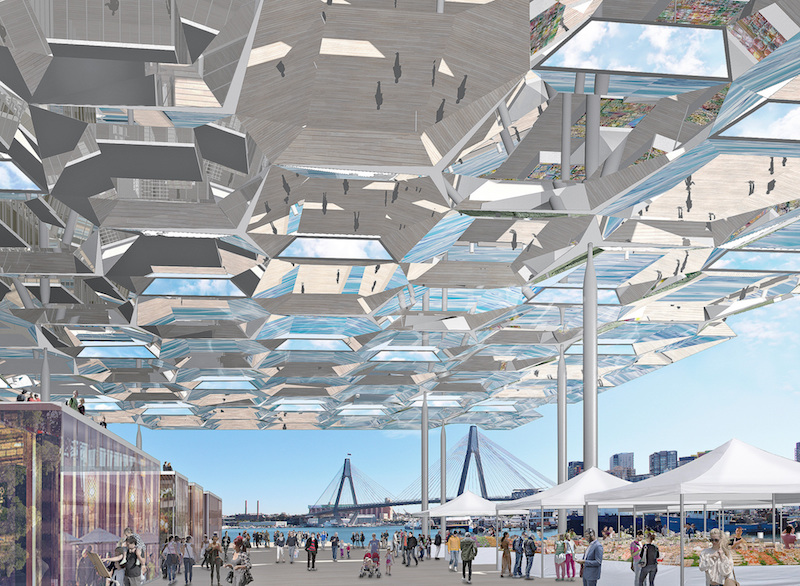 While the Australian firms won the award, they will unfortunately not be realizing its construction. Instead, that task will be overseen by the Danish firm 3XN Architects. 3XN will lead a design team that includes GXN heading up sustainability, BVN from Sydney as Executive Architect, landscape architects Aspect Studios, and public art specialists WallnerWeiss. The project is an intelligent solution to the question of dockland regeneration, which too often ends up competing with the existing industrial infrastructure by creating residential and commercial typologies that don’t fit in with the urban character of the surrounding area. Creating a free-flowing public space with commercial amenities allows this pier to be interpreted and used in a more flexible manner by the local population.