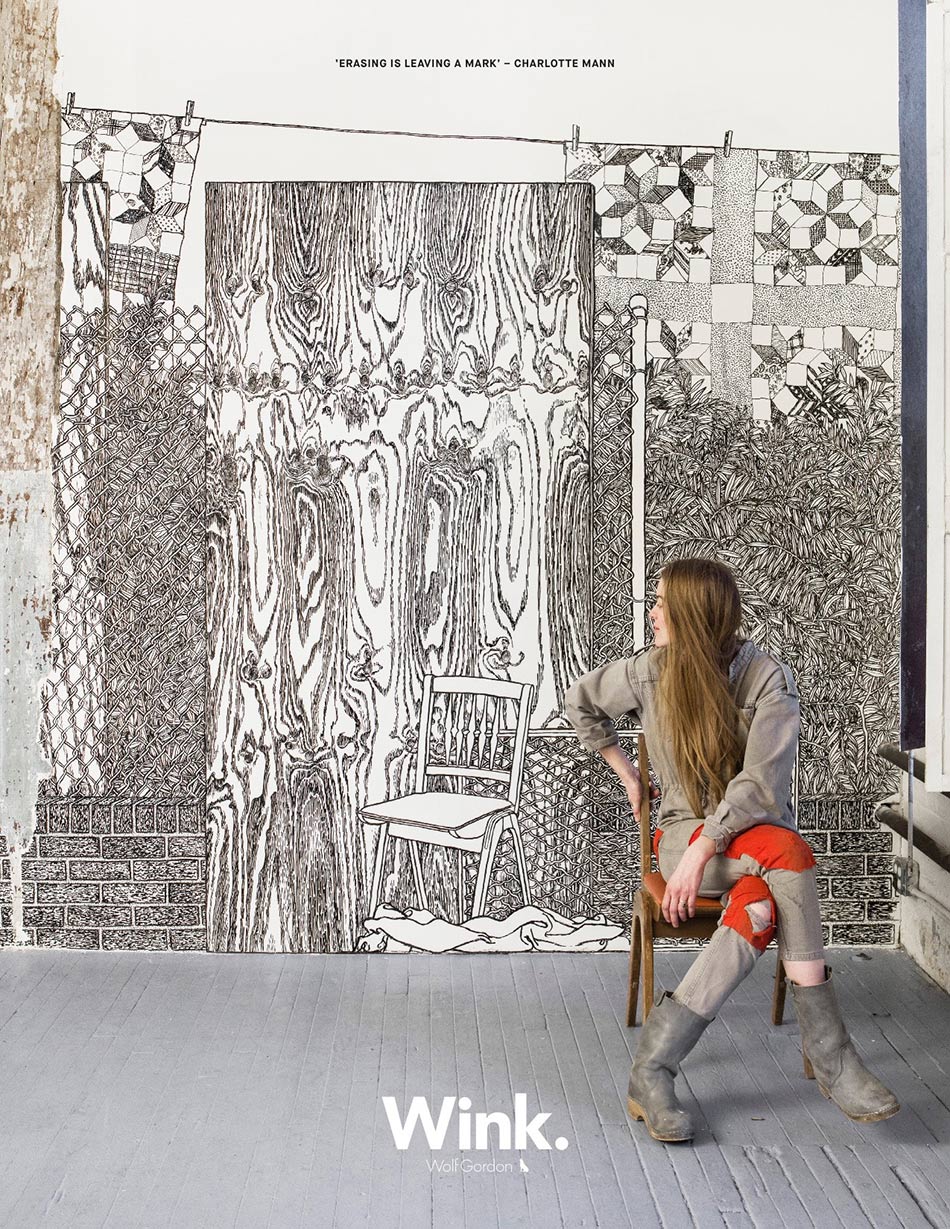 Normally, if someone draws on your walls with permanent markers, it’s not something you’re likely to be thrilled about. These errant marks might be the work of a child or a vandal, unsolicited and undesired, certainly not worthy of being called “art.” But a new trend of hand-drawing right onto walls changes that with intentional compositions and beautiful details. It replaces modern wallpaper with one-of-a-kind murals, and can even fill an empty space lacking furniture.

Consider the cost of all those furnishings, or the impossibility of making interesting views out of windowless spaces – sometimes, fantasy can step in when reality won’t do. That’s certainly the case with these striking works of art by a young British woman. 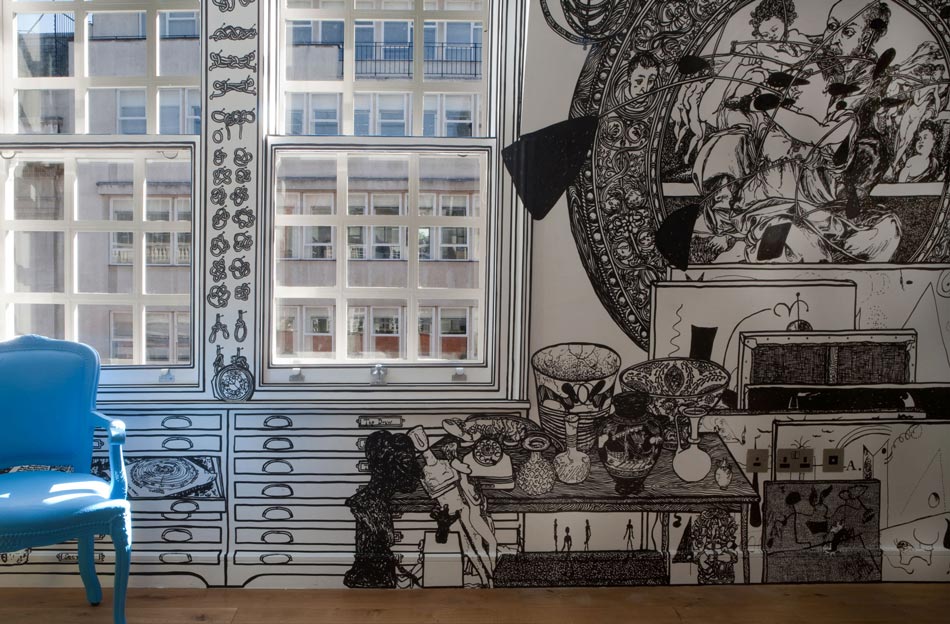 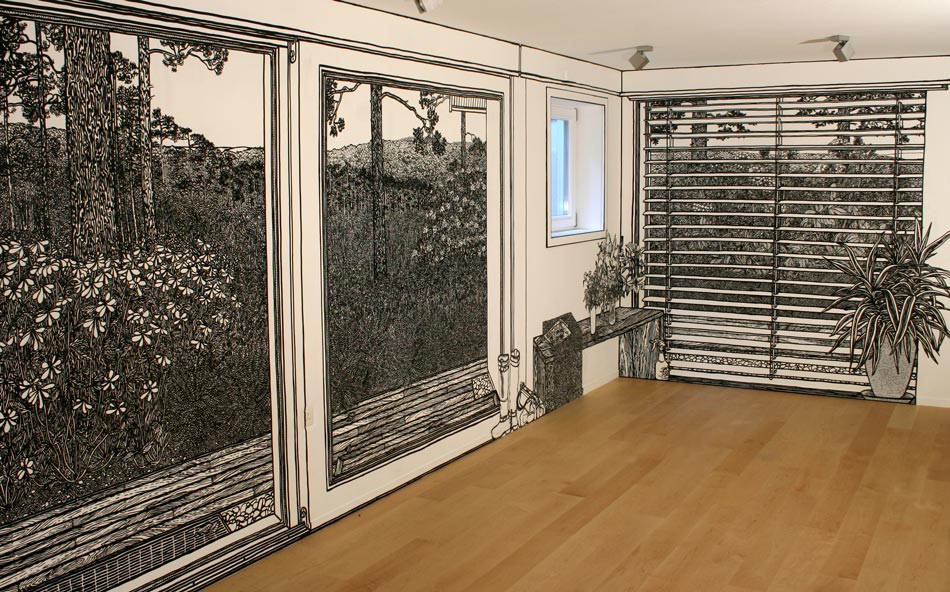 Charlotte Mann can be found working in all kinds of settings, including museums but also basement apartments or boring lofts, decorating in black and white that seems to come to life despite the lack of color. Like a storybook illustrator, she has a certain style that carries from one project to the next, and if nothing else, her work serves as great inspiration for difficult-to-DIY space designs. 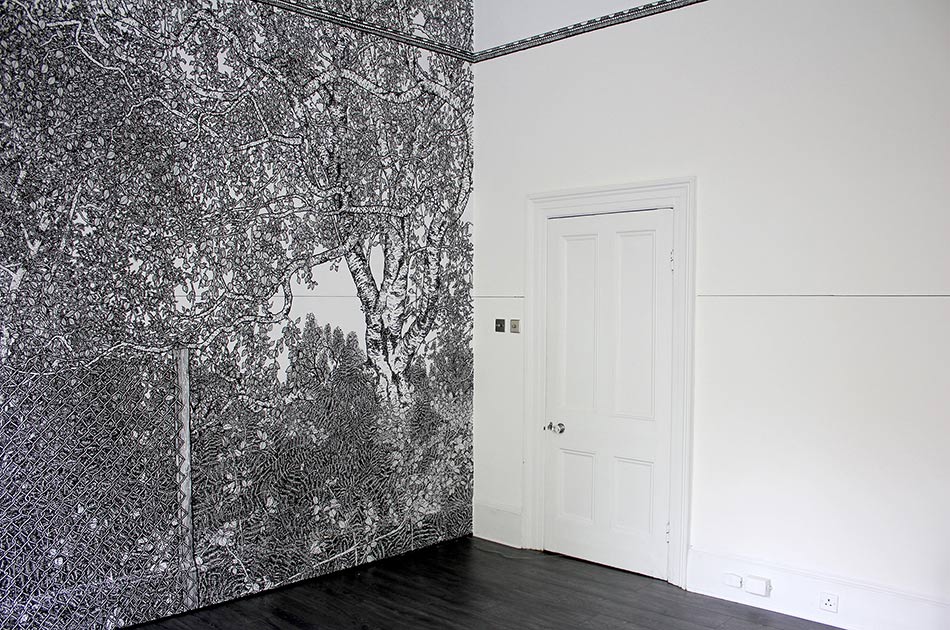 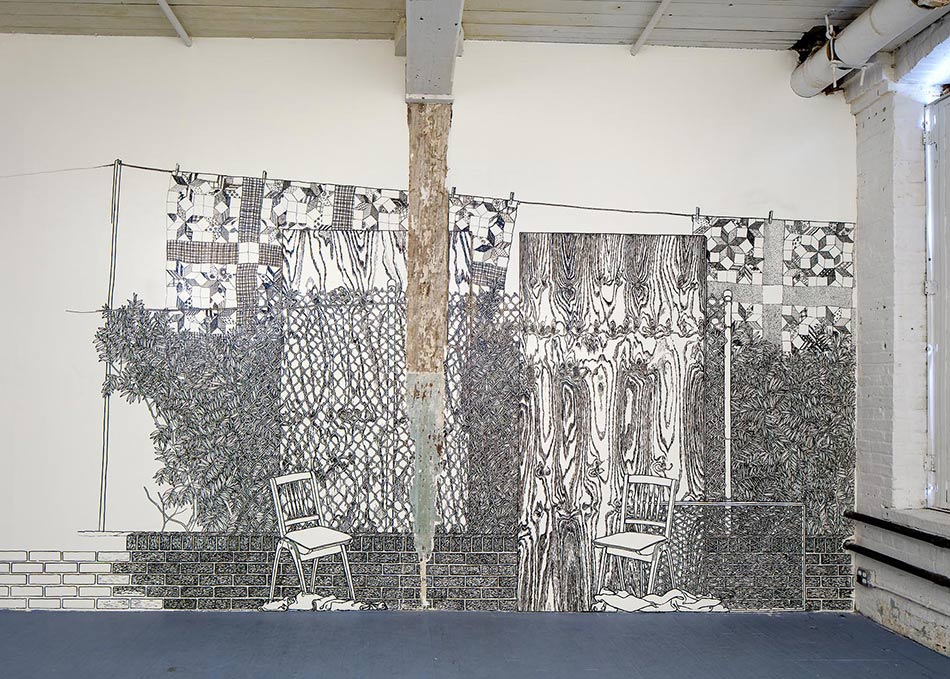 Some of these marker murals are temporary, while others are designed to remain in place like permanent decor.  The temporary ones are created using a special non-toxic water based pen called the Posca Pen. Drawn to scale, Mann’s works often incorporate life-sized objects like chairs, tables, windows, blinds, house plants and trees.

“The act of explorative creating, inventing, making, in response to an itch or inkling that there’s more interest to be had in something that’s caught my attention is one of the things I mean by drawing. It’s akin to teasing something out from the back of a radiator, I don’t know what it is but I want it; I have to get it out in the open to see what I think.”

“Drawing is a method of externalising thought and/or experience, originally pre-linguistic and importantly different to written and spoken language. The ability to externalize an idea and make it exist (semi) permanently in the world creates the opportunity for feedback and from there the potential for exploration into the unknown.”