This summer, over 100 life-sized elephant sculptures paraded across various parts of London in an effort to highlight the world’s need for improved human cohabitation with wildlife. Conceptualized by the Elephant Family and The Real Elephant Collective, groups committed to protecting animals around the world, the outdoor herd exhibit called “CoExistence” was a way for urbanites to safely experience the magnitude of the earth’s largest land mammal. 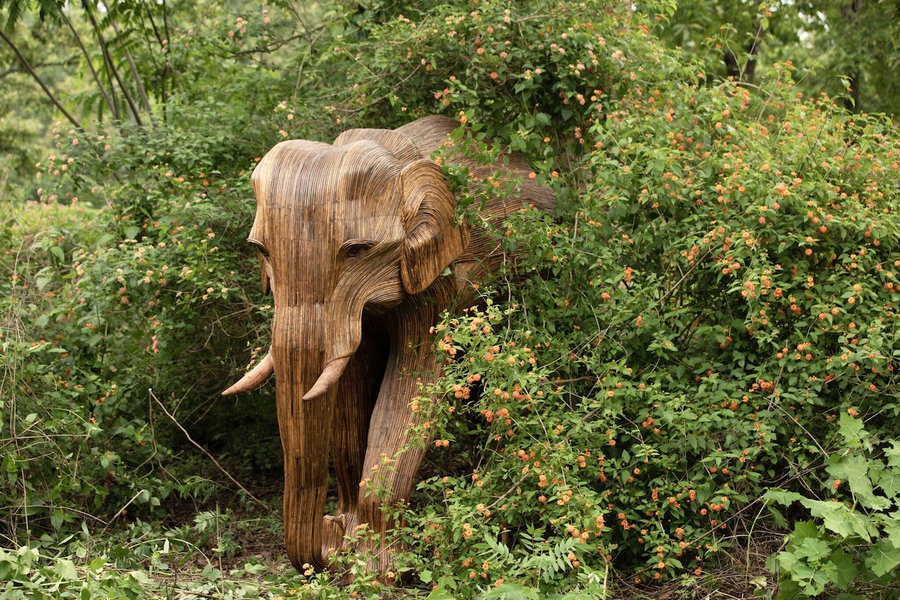 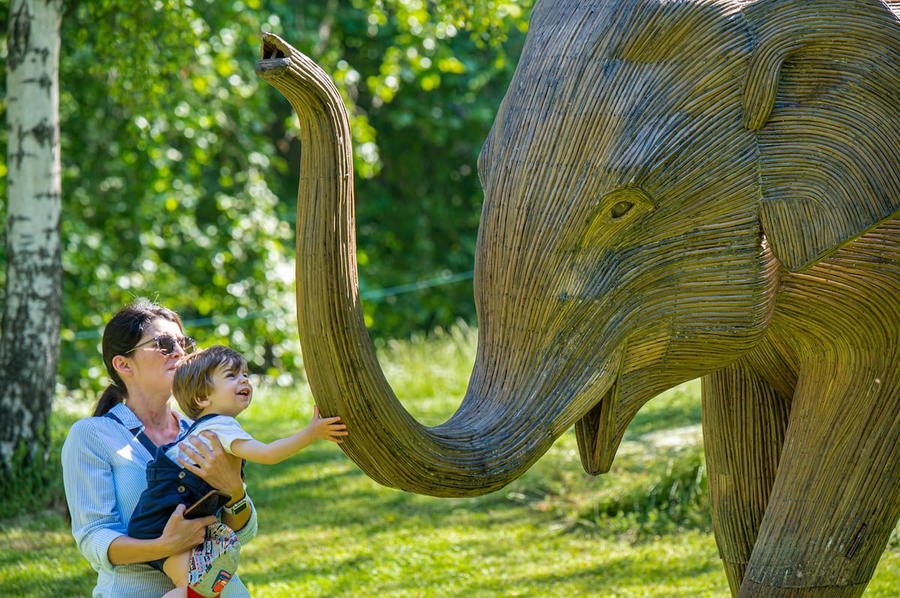 “This isn’t a call for an extreme return to the wild,” the CoExistence website explains. “Look around you, wherever you are. Who do you share your world with? Can we increase our coexistence everywhere, and rewild ourselves? Nature is intelligent and adapting. Other life forms will meet our efforts halfway, if only we give them the chance.”

Each elephant was crafted deep in the jungles of India’s Tamil Nadu region by indigenous communities who actually come into regular contact with the real-life giants. The sculptures were modeled after those herds that roam the southern Indian hills.

The artists there used vines from the lantana camara plant (one of the world’s 10 most invasive weeds) as their primary medium. The weed particularly plagues India, as it competes with native plants for space and changes the soil composition. By removing this unwanted vegetation from the area, the artistic project also benefitted local wildlife. 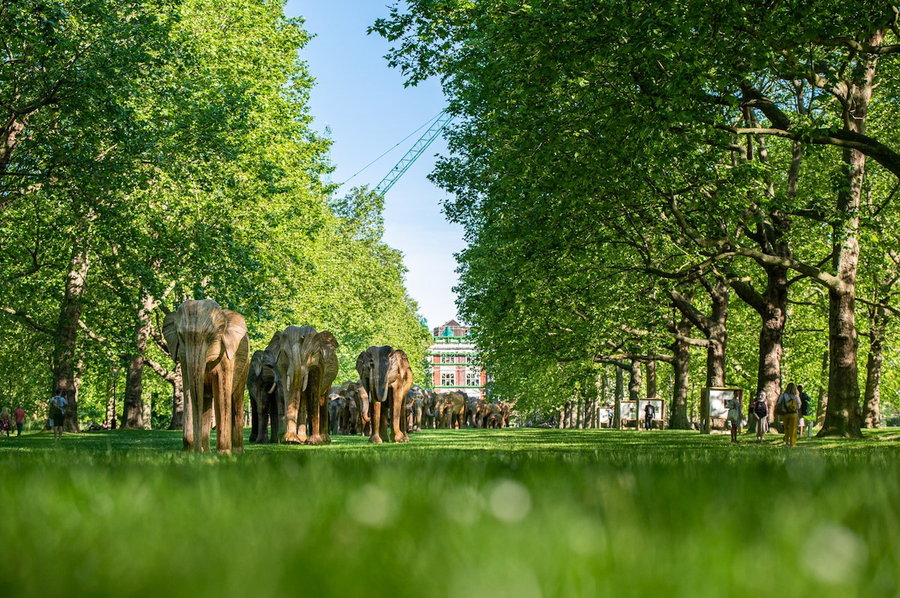 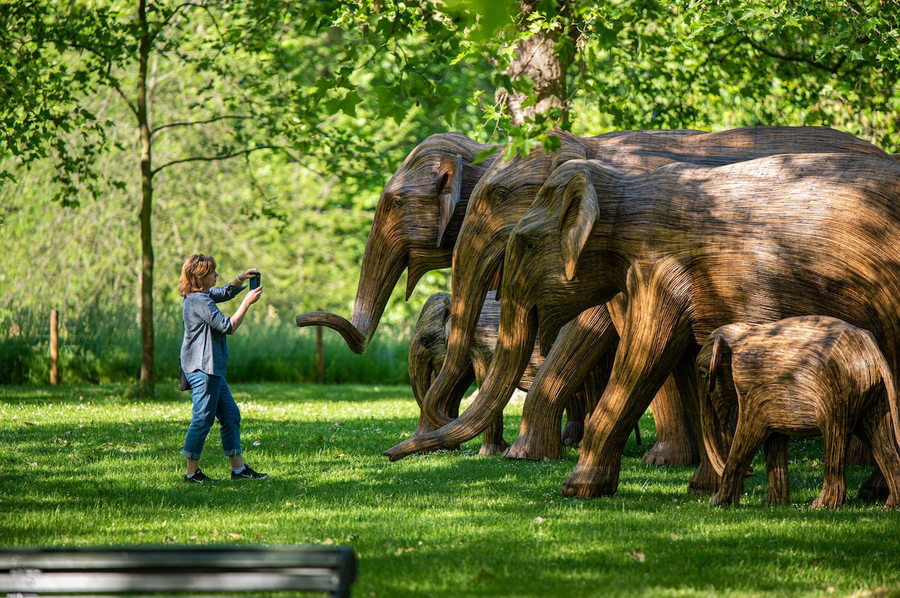 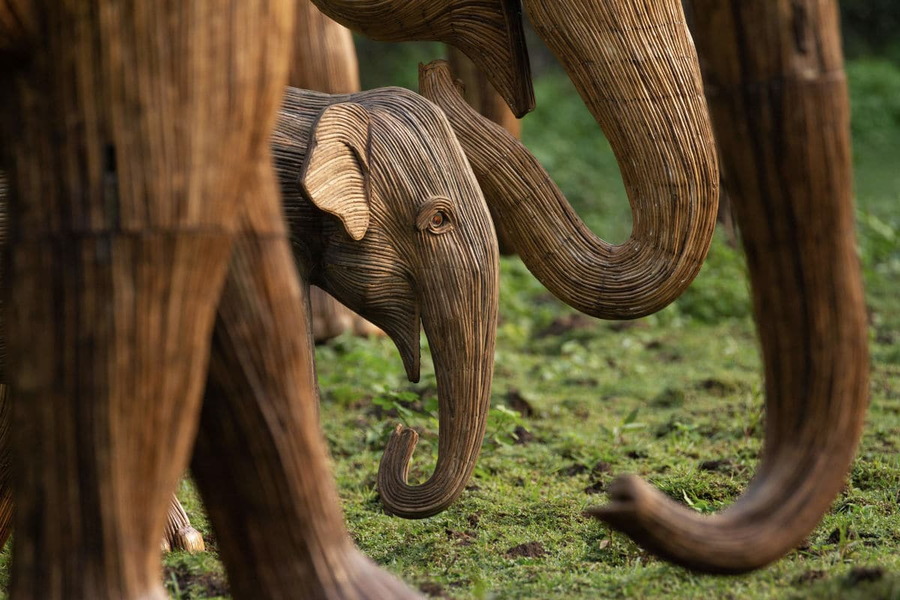 “CoExistence is a call to change the global conservation paradigm,” says Dr. Tarsh Thekaekara of The Real Elephant Collective. “From saving nature in far-away pockets to living well with nature around us. To value the human connection with nature and celebrate all life forms around us by sharing space. To encourage people to remember that they are of, and for nature. We have the capacity to heal, grow, thrive, and support symbiotically with nature, as other species do.”

The exhibition herd migrated from its birthplace in India to England’s Sudeley Castle before moving on to The Mall in London, Chelsea, St. James’ Park, and Berkeley Square. When the showings were complete, each pachyderm went on sale for $42,000 a piece, with the proceeds being given to grassroots organizations in India that promote harmonious cohabitation between indigenous peoples and the surrounding wildlife by providing technological solutions and training to local inhabitants. 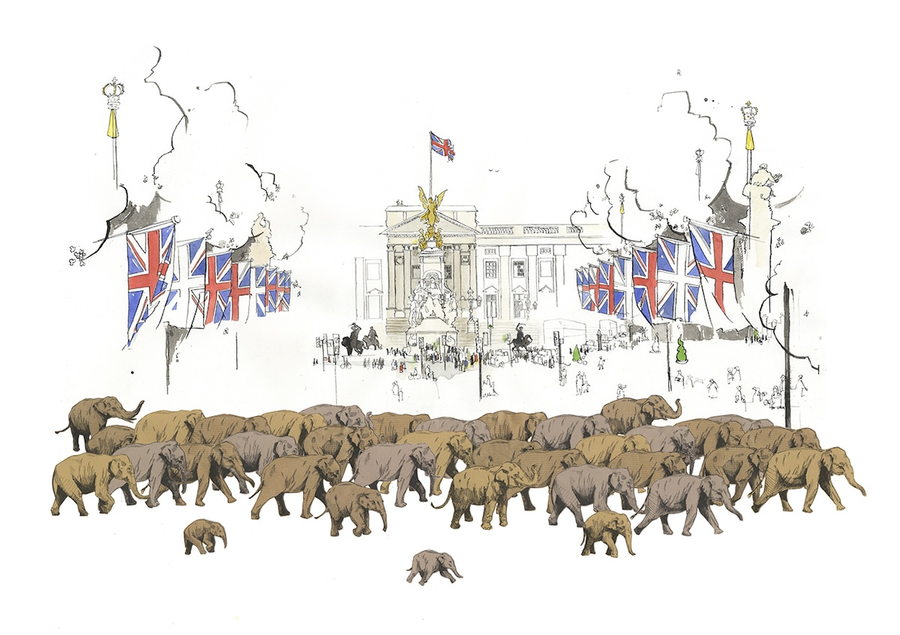 The sculptures were also captured in illustrated form by British artist George Butler. Before the pandemic, his art focused on documenting the warzones of Syria and Iraq. The shutdowns pivoted him toward another conflict, that of man and nature. Butler created a limited edition print of the lantana elephants juxtaposed with The Mall in the background.

“CoExistence is confirmation of a moment when society realized they had to do more,” Butler said in an interview with My Modern Met. “And the realization that this is an issue bigger than ourselves, bigger than individuals, and indeed bigger than the human race.” 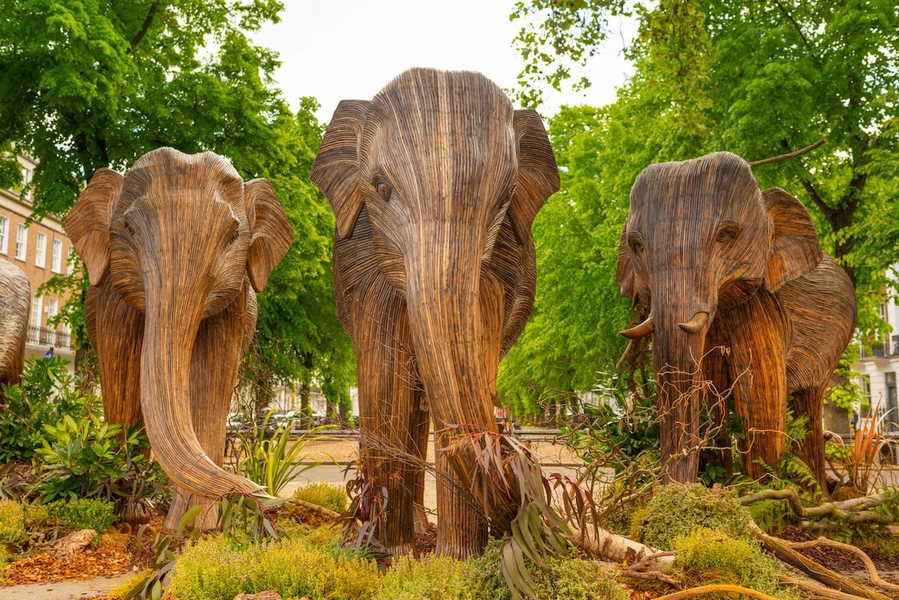 All the participants behind this migrating art hope that it will help people to see the necessity of peacefully living side by side with Earth’s other animal species. “It’s a matter of mutual survival,” said Ruth Ganesh, Elephant Family’s principal trustee in an interview with Reuters. “Saving them is really about saving ourselves.”