Most of us take modern bathroom facilities for granted, but it really wasn’t that long ago that our ancestors were dumping the contents of their chamber pots out the window. In many parts of the world, baths were infrequent, and family members either bathed at the same time or had to use the same dirty water one after the other. There were certainly no showers, on-demand hot water, or flushable toilets. In terms of both hygiene and design, bathrooms have come a long way, especially over the last two centuries.

A new video from UK bathroom supply store QS Supplies illustrates 500 years of “evo-loo-tion” in 90 seconds flat. Starting in the year 1520, this brief history of the bathroom tracks major developments like sewer systems, running water, toilet paper, and the introduction of matching accoutrements. Though this UK-centric history is limited to the Western world, ignoring earlier advancements of sewer systems and bidets across the globe, it’s still an interesting glimpse at how this essential space has changed over time. 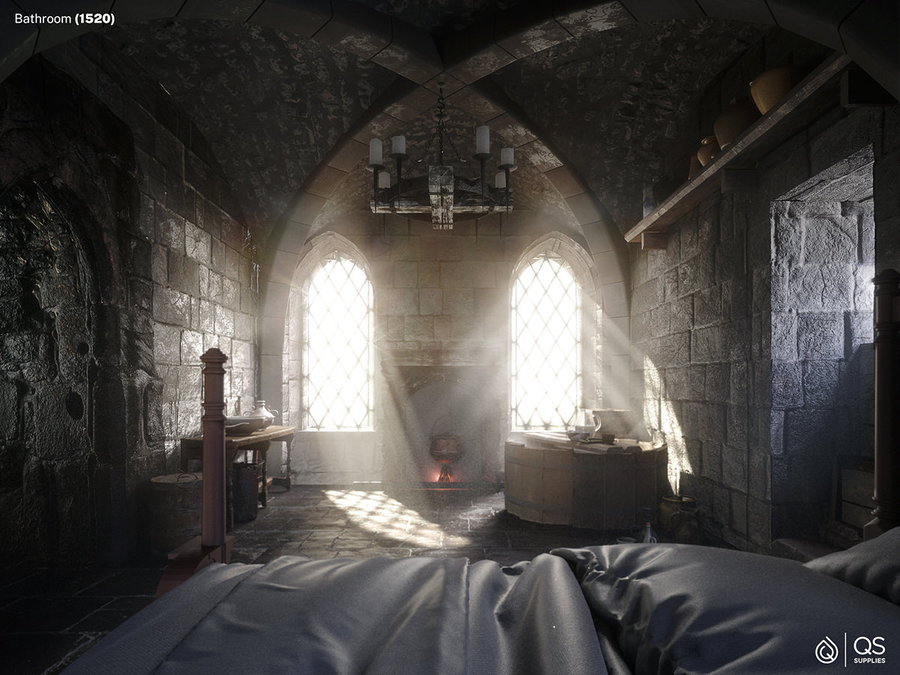 For much of human history, people had little choice but to embrace their natural funk in between rare visits to a public bath, and it wasn’t uncommon to relieve yourself just about anywhere outdoors. The whole reason perfumes were developed (and considered a luxury) was to combat the general stench of body odor and human waste in the streets. If you were among the upper classes, you at least had a scented handkerchief to hold to your nose when necessary, and by the 16th century, you might have been lucky enough to have a bathtub at home, too.

During this period, the wealthy enjoyed freestanding wooden bathtubs filled with water heated in a cauldron, often placed near a fireplace for warmth. Castles were newly equipped with “garderobes,” which were basically upper-level turrets with holes in the floor that emptied into cesspools, moats, or just the ground. A jug and basin were used to wash your hands afterward. 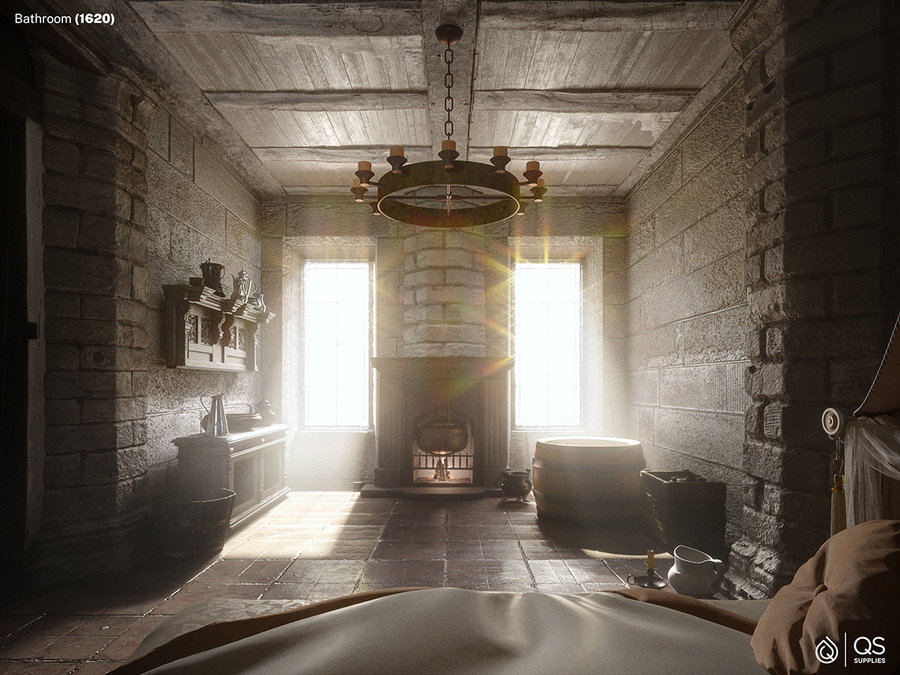 A hundred years later, many people in cities were doing their business indoors. Now in widespread use, the chamber pot introduced a lot more convenience, whether you had an outhouse or not (but it was supposed to be for number one only). Wealthier people moved on to commodes, which were boxes with a seat and lid covering the chamber pot to reduce odors. Tubs also became more common at this time due to concerns about catching diseases in public baths, but the inconvenience of hauling and heating water meant you had to at least share the water, if not the tub. Many bathtubs from this period were also lined with steel to help keep them warm longer. 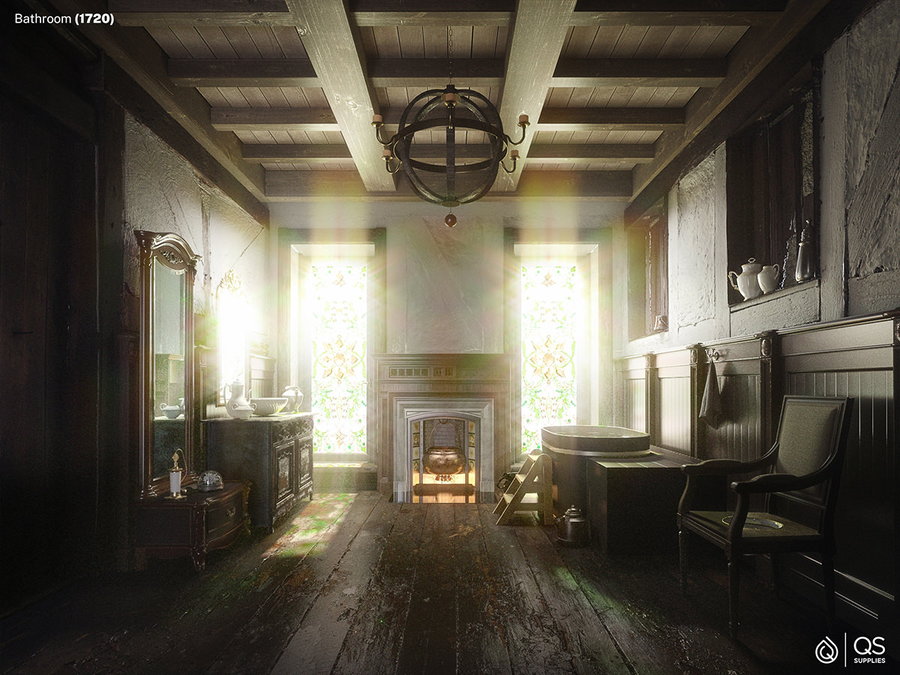 No longer just for essential bodily functions, bathrooms started to become private spaces for grooming and preening in the 18th century. Instead of keeping their tub, chamber pot, and jug in the living area, people started confining these items to their own spaces. Commodes became common, and in 1775, a watchmaker named Alexander Cummings invented the S-pipe, the prelude to the modern flushing toilet. One of the most significant developments during this period was the increased affordability of mirrors, which were previously very expensive to produce. 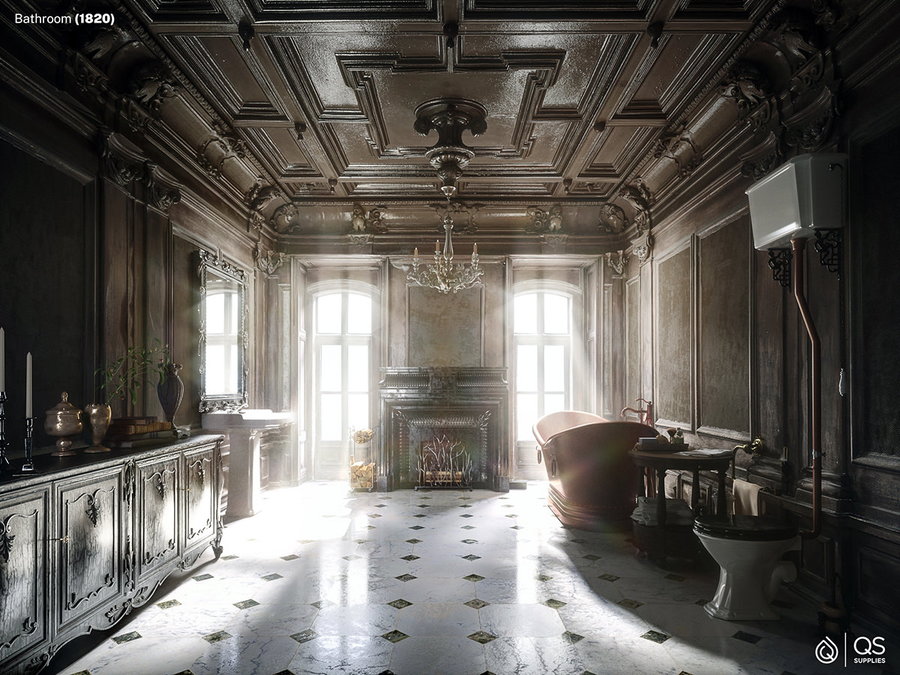 This is the time when bathrooms started to look like something we’d recognize today. Governments decided to get a handle on the public hygiene situation, building sewer systems and running water pipes to most urban homes. That meant the average person could have a flush toilet, a sink, and a bathtub, with water typically heated by a boiler in the basement. Rich people’s bathrooms grew more ornate than ever, with chandeliers, gilded fixtures, exposed pipes, and a nifty new invention called toilet paper (though frankly, we’d probably all be better off if the whole world embraced bidets instead). 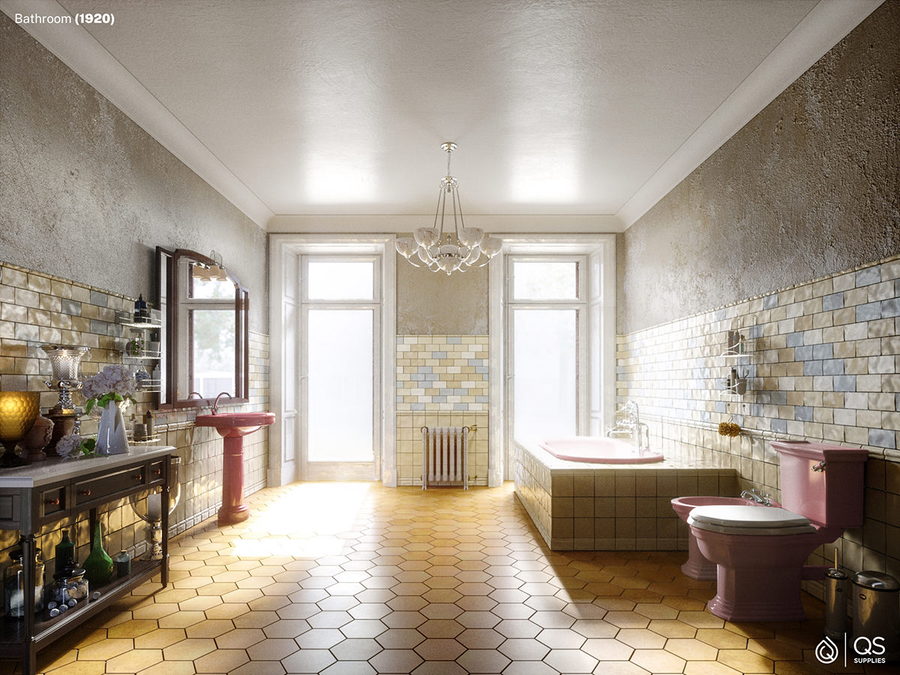 Over the past century, bathrooms have become one of the most important rooms in our homes, typically second only to the kitchen in terms of how much money and care is put into their design. Water heaters and electricity transformed them into hallowed spaces where we can preen for hours on end with a full expectation of privacy. Nowadays, smart technology is taking luxury bathrooms up a notch by remembering our preferences for temperature and water pressure, automatically adjusting the lighting, displaying digital information on our mirrors, and even heating the toilet seat. 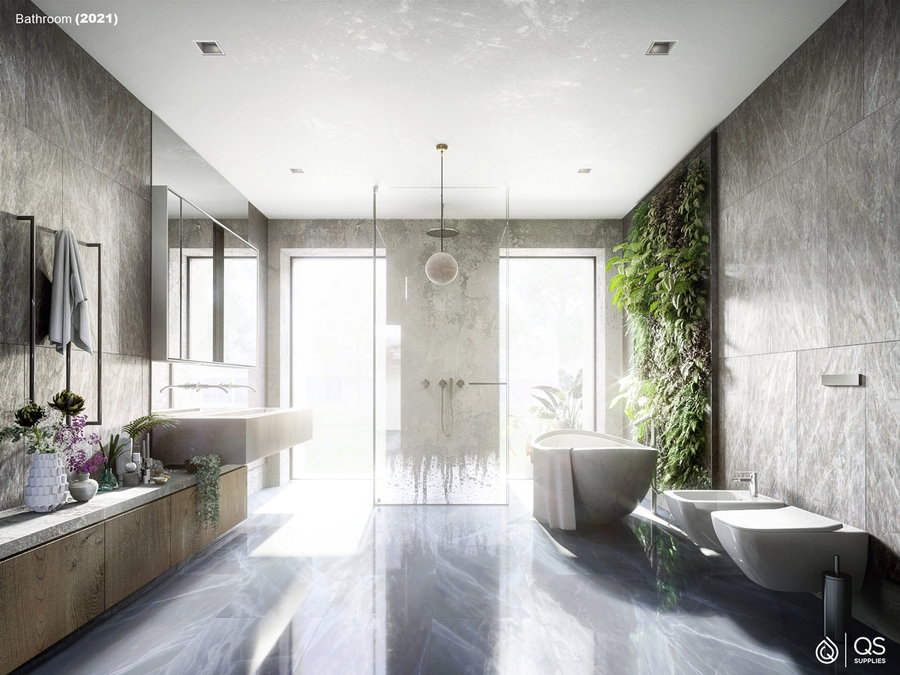