A new exhibition in London’s famous Victoria and Albert Museum has brought formerly unseen elements of iconic Mexican artist Frida Kahlo’s life to the UK. The exhibition, entitled “Frida Kahlo: Making Her Self Up,” offers a look at the intimate character of the fearless artist, activist, and muse through the display of some of her most treasured possessions. To top it all off, these objects are being presented to the public inside a recreation of Kahlo’s well known abode, the Blue House in Mexico City, where she lived, created some of her most memorable works, had some of her most formative artistic experiences, and eventually died. 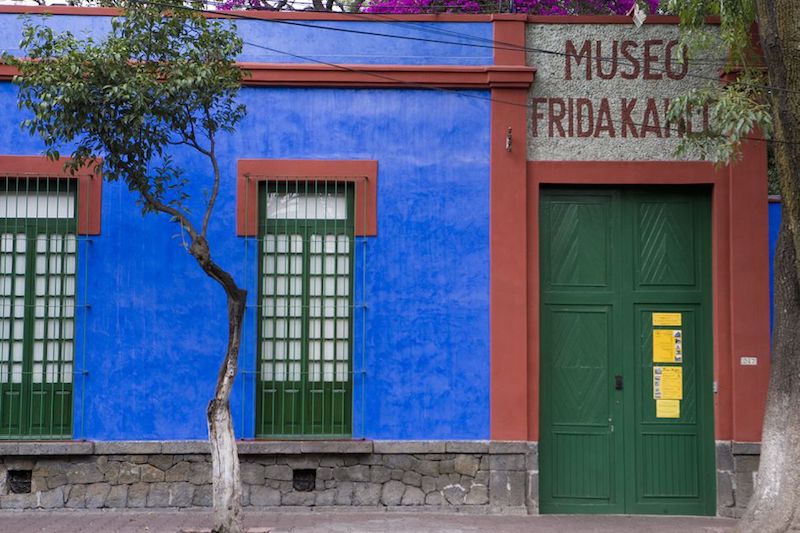 The setting for the exhibition was realized by architectural firm Gibson Thornley in collaboration with set designer Tom Scutt, both of whom sought to take cues from the famous Mexico City house without replicating it exactly. Instead, the concept was to evoke the character of the Blue House by reimagining some of its more famous aspects, such as Kahlo’s bed, and turning them into display cases or backdrops for the exhibition of personal possessions.

Designer Matt Thornley said of the process: “Rather than physically building bits of architecture, we wanted to make cases and archways that are like an architectural construct. We were also keen to avoid creating a pastiche of Mexican culture. We wanted to do something that was inherently modern and inherently linked to her.” 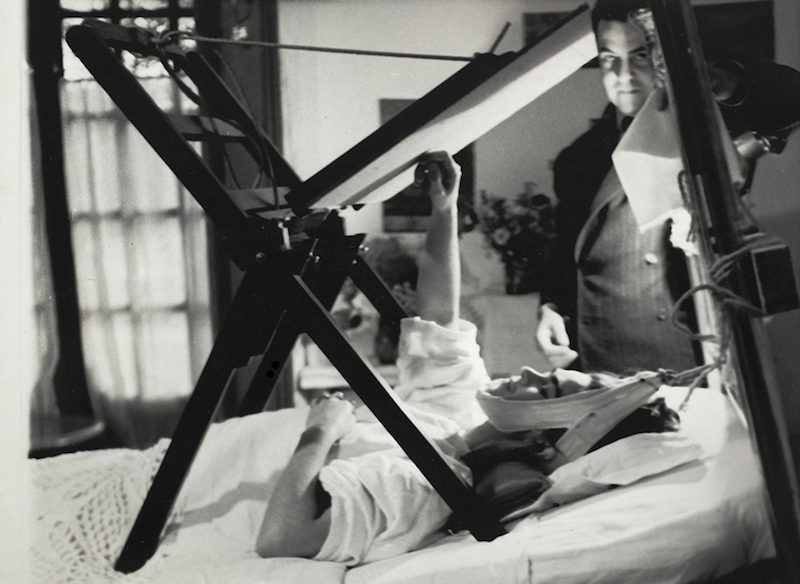 The result of these ideas is an exhibition that acts as a frame for both the works being exhibited and a more gentle examination of Frida Kahlo as a human being. The replica’s many arches lead visitors through the exhibition in a tunnel-like fashion, and its use of beds smartly connects the objects on display with something that was inherent to Kahlo’s art and life in general (she was bedridden several times throughout her life, and it was from the bed that she began painting self-portraits and the tragic surrealist paintings she would eventually become known for). Other constructions employ plinths and mirrors to reference Mexican temples and the interior of the Blue House itself.

The exhibition showcases a variety of personal items that belonged to Frida, many of which have been stored in cupboards for decades now and have never been seen outside of Mexico. Kahlo’s iconic style is especially well represented here, with visitors being treated to intricate displays of her unique dresses, tops, skirts, and shawls, many of which she embroidered herself.

Kahlo suffered from a lifelong string of illnesses, from polio as a child to the fallout of a terrible traffic accident that left her with severe chronic pain and unable to bear children. One of the corsets that she personally decorated from her bed is now on show in London, as is a prosthetic limb sheathed in a beautiful leather boot — a testament to Kahlo’s resilience and commitment to fashion in the face of terrible personal adversity. 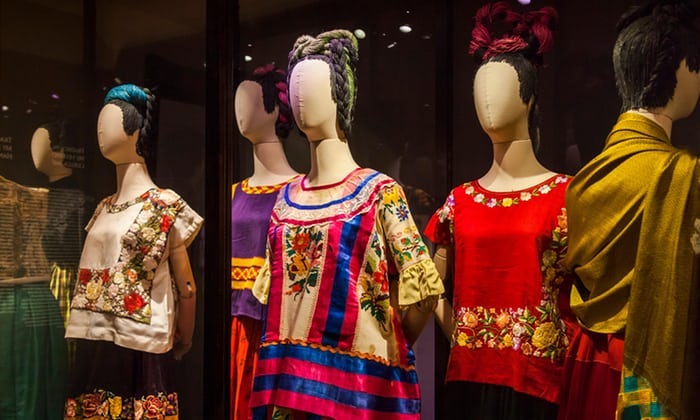 Motifs from some of Frida’s clothes have been incorporated into the structure of the exhibition, with some arches decorated in a pattern that can be seen on one of her dresses. These elements combine to paint a different picture of Kahlo, one which derives from her own personal taste, fashion choices, and make-up. The Kahlo on show here is a person that holds many different interests and is more than just the icon that’s popping up so ubiquitously these days.