Few artists have bared their souls through their work quite like Frida Kahlo. Known almost as much for her flamboyant style and beautifully decorated Coyoacán home as she is for her art, Kahlo produced an incredible oeuvre of vibrant self-portraits expressing the triumphs and tragedies of her life, including her despair over her cheating husband, fellow artist Diego Rivera.

Now, nearly 70 years after her death in 1954, her very last self-portrait “Diego y yo” has sold for $34.9 million at Sotheby’s Modern Evening Sale in New York. It’s officially the most expensive Latin American work of art ever sold, eclipsing the previous record held by Rivera himself. Rivera’s 1931 painting “The Rivals” previously sold at Christie’s for $9.8 million in 2018, which is about $10.7 million today. 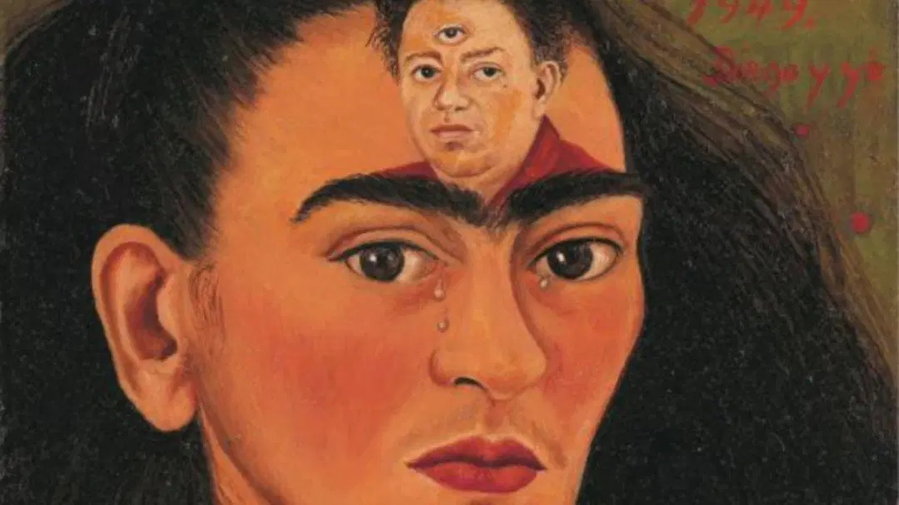 The content of the painting “Diego y yo” makes this development especially poignant. In it, Kahlo gazes stoically at the viewer, with a portrait of Rivera in the center of her forehead and her long, dark hair wrapped around her neck. Painted in 1949, “Diego y yo” reveals the extent to which Kahlo felt preoccupied by her love for Rivera even as he publicly humiliated her by having affairs with her friends and even her sister.

“Painted in the same year her beloved Diego embarked on an affair with her friend, the Mexican golden age actress Maria Félix, this powerful portrait is the painted articulation of her anguish and sorrow,” says Anna Di Stasi, director of Latin American Art at Sotheby’s.

“You could call tonight’s result the ultimate revenge, but in fact it is the ultimate validation of Kahlo’s extraordinary talent and global appeal. ‘Diego y yo’ is so much more than a beautifully painted portrait. It’s a painted summary of all of Kahlo’s passion and pain, a tour de force of the raw emotive power of the artist at the peak of her abilities.”

The buyer has been revealed as real estate developer and philanthropist Eduardo F. Constantini, founder of the Museum of Latin American Art of Buenos Aires (MALBA) in Argentina. He told The New York Times that he plans to display the work at the museum next year. “I had looked at the painting so many times in books, then all [of a] sudden it came up for auction. I had started dreaming about buying the piece.” 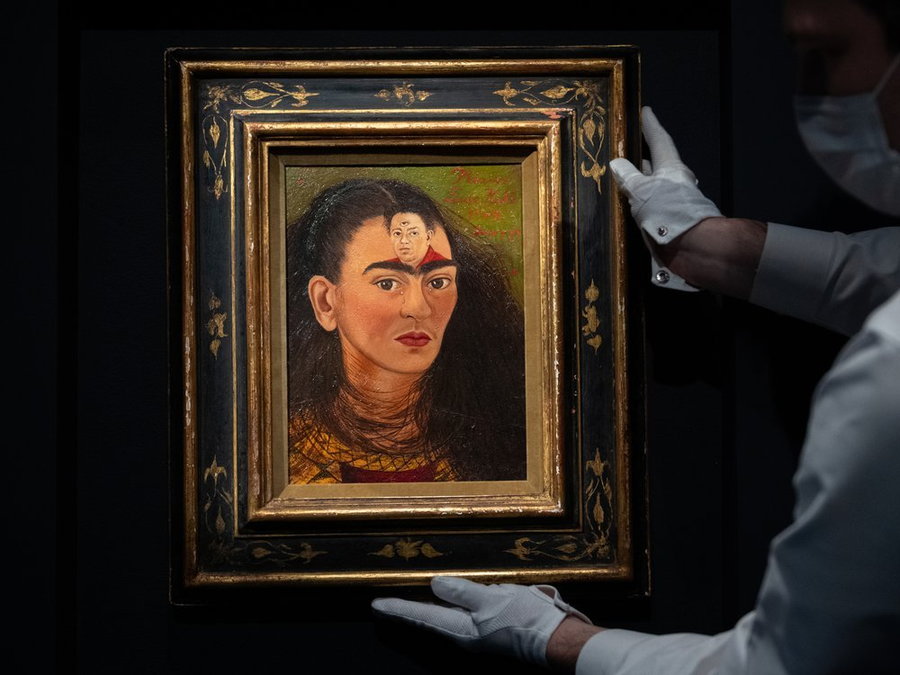 The 11.7-inch x 8.8-inch oil painting was sold by a descendent of a New York collector who purchased it in 1990 at Sotheby’s for $1.4 million. Before that, it belonged to writer Florence Arquin, a friend of Kahlo and Rivera. Constantini was one of two bidders competing for the piece over the phone during the auction. Kahlo’s previous auction record was for her 1939 painting “Two Nudes in the Forest,” which sold for $8 million at Sotheby’s in 2016.

“Tonight’s outstanding result further secures [Kahlo’s] place in the auction echelon she belongs, as one of the true titans of 20th century art,” says Julian Dawes, Sotheby’s co-head of Impressionist and Modern Art in New York, in an official statement.