The historic city of Arles, France just gained a landmark unlike any other. There’s certainly no ignoring architect Frank Gehry’s twisting Luma Arles Tower, which stands in stark contrast to the older, more traditional architecture that surrounds it. Clad in aluminum panels that call to mind the scales of a dragon, the structure tops out at 180 feet, the centerpiece of the Luma Arles Arts Center established by Swiss collector Maja Hoffmann. 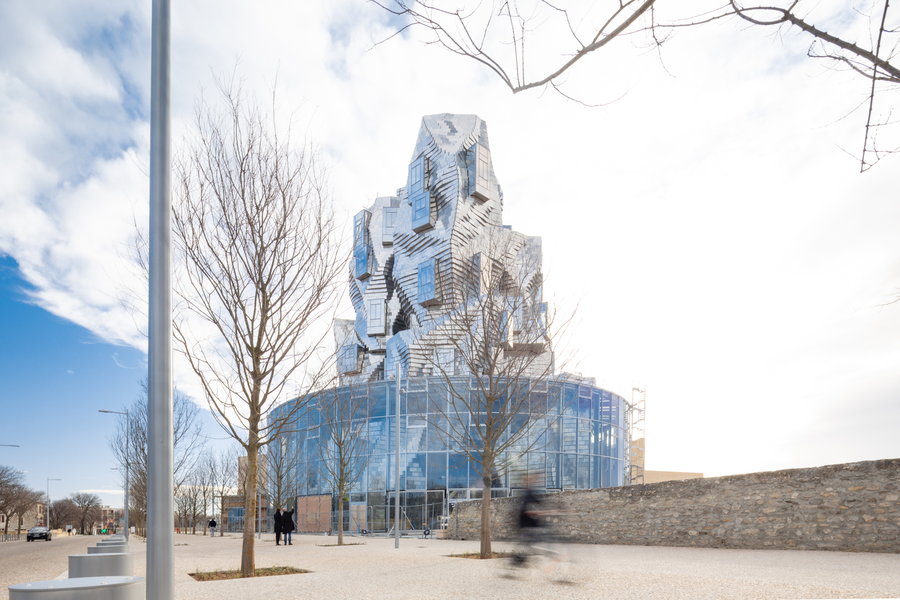 Set to open this spring, the tower will include artist studios, research facilities, workshops, and seminar rooms. The architect took inspiration from limestone cliffs visible at the edges of the city, devising a jagged, irregular silhouette for the building’s exterior. The tower’s 11,000 aluminum panels are set around a concrete and steel structure, with a glass and stone cylindrical base inspired by the city’s Heritage Roman sites. It will also host exhibitions of some of the art world’s biggest names.

The city of Arles is best known in the art world for being home to Vincent Van Gogh during one of the most creatively productive periods of his life, when he created dozens of paintings and hundreds of drawings. But its income is mostly reliant on tourism, and the new arts center could draw in more visitors than ever before, with Gehry’s tower standing as a shimmering central beacon. 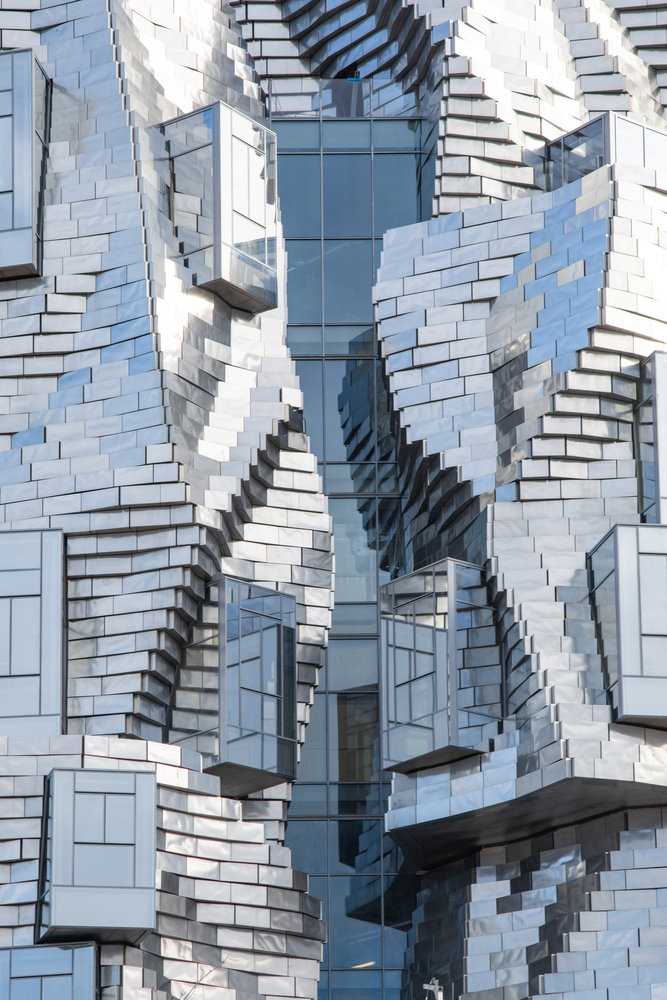 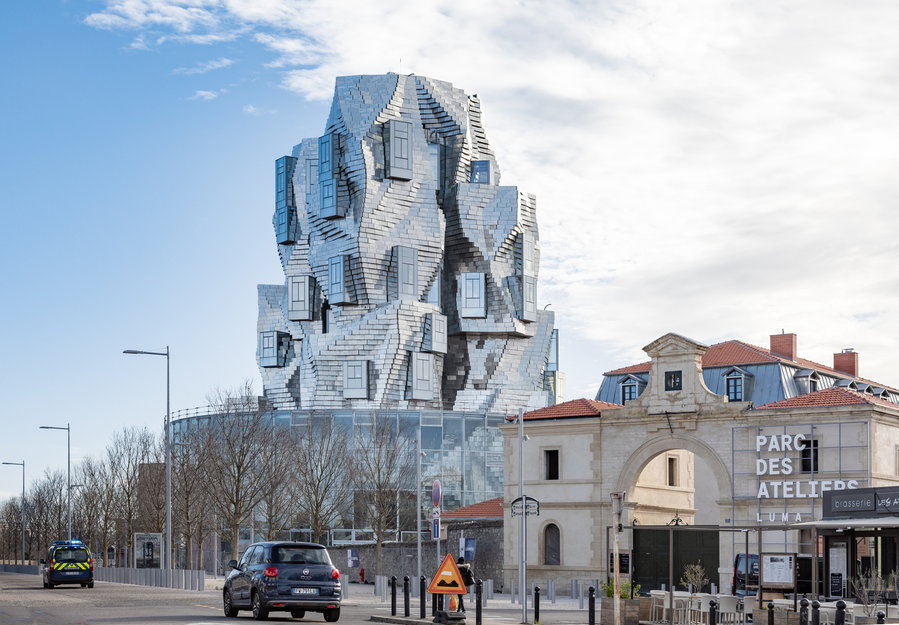 The project is located on the site of an abandoned rail yard that’s been vacant since 1986.The Luma Arles Arts Center, already completed, is currently hosting a range of contemporary art exhibits, and its expansion will also include a public park called Parc des Ateliers, designed by Belgian landscape architect Bas Smets.

Maja Hoffman, daughter of art collector and patron Luc Hoffman, heiress to the Hoffmann-La Roche pharmaceutical fortune, and President of the Van Gogh Foundation’s board of directors, envisions the new Luma Arles as a chance for the city she grew up in to transform. More specifically, Hoffmann hopes the center will make Arles an international art world destination. 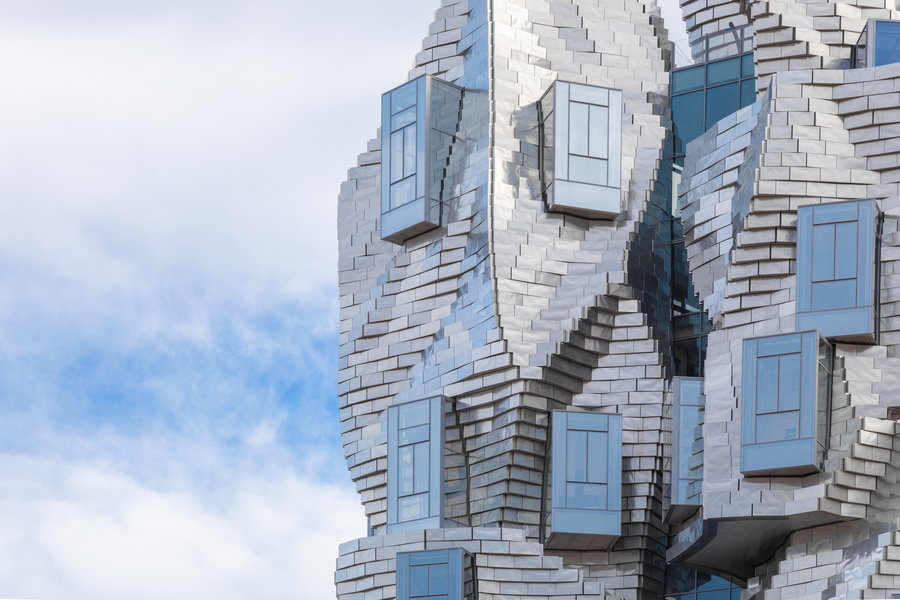 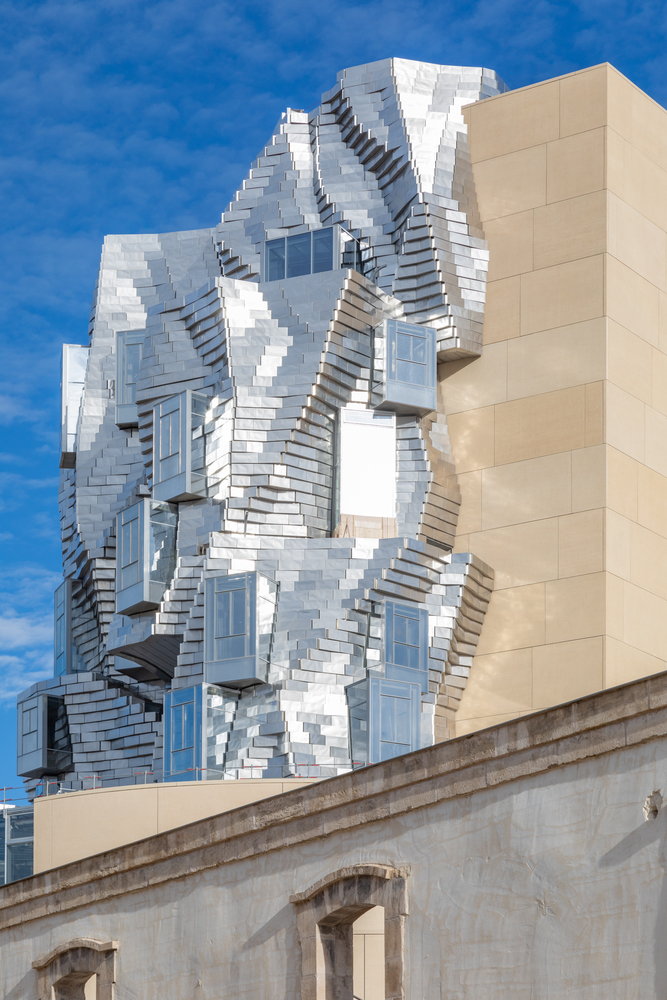 Bold as they are, Gehry’s works can be controversial, so it’s no surprise that not all the locals are thrilled by the tower’s design. Some argue that the center is, in its own right, enough of a tourist draw, and that the tower is a gaudy, unnecessary addition.

“In fact, the original plan included two towers and was rejected by France’s Commission for Historical Sites and Monuments,” ArtNet reports. “Indeed, visiting the campus in late August, it is clear that the restoration of the existing, defunct workshops is warmly welcomed by locals: the generous exhibition spaces are well-visited, and the restaurant area, embellished with the bright, large-scale pictorial puns of Maurizio Cattelan’s TOILETPAPER, is bustling. And so the nagging question that lingers throughout the visit is ‘why is this tower here?’” 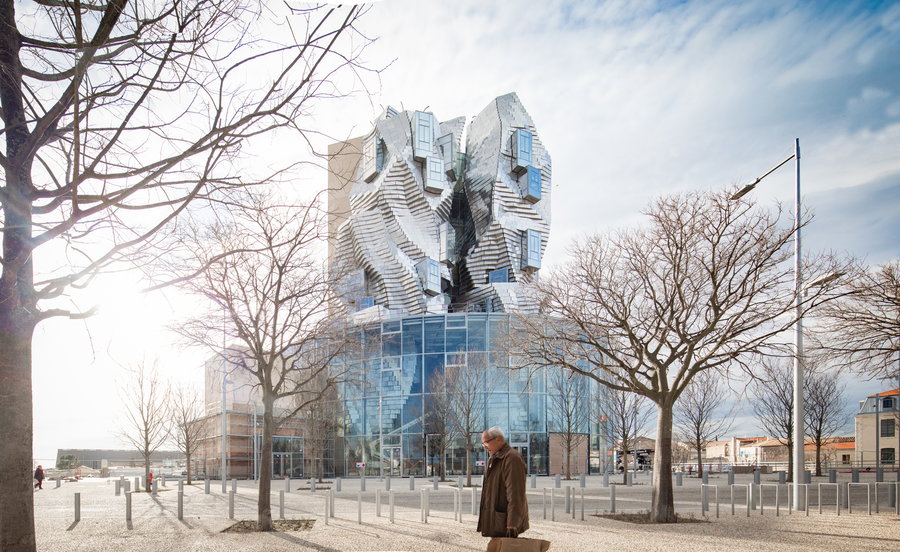 Whether you think Frank Gehry’s constructivist style is dazzling or too flashy by far, it certainly never fails to get attention. The Canadian-born American architect, who resides in Los Angeles, is also known for such landmarks as LA’s Walt Disney Concert Hall, Barcelona’s Olympic Fish Pavilion, the Weisman Art Museum in Minneapolis, and Dancing House in Prague.