Upcycling has long been a method of design that’s focused on reusing and recycling old materials. Whether it’s restoring old furniture for resale or using vintage magazines to make collages, discarded items can serve as great source materials for new forms of art. To make their creations even more personal, many upcyclers work with elements that have a particular significance for them or that they are especially passionate about. One such artist is Philippe LeBlond, a former Canadian repairman who married his love of repairs and a fascination for bike parts to create a stunning upcycled sculpture. 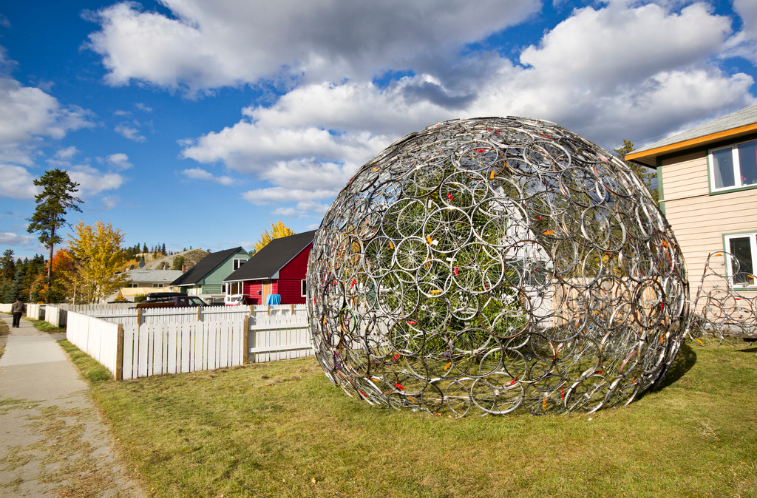 A Vancouver native, LeBlond relocated to the remote Canadian Yukon a few decades ago in hopes of immersing himself in nature and enjoying the tranquility of the area’s vast landscapes. More unexpectedly, this region is also home to a thriving arts community, which LeBlond quickly became enthralled with. Though not exactly an artist by trade, he still knew enough about crafting from his days as a repairman to deftly execute his artistic vision. Taking a bunch of old bicycle wheels and inspiration from Buckminster Fuller’s iconic geodesic dome, he formed a 16-foot-wide dome of his own: one held together entirely by zip ties. To this day, it is sited in his front yard, turning the street into something of an open-air gallery. Visitors can even step into the dome through a door the artist has installed in its perimeter. Once inside, they might be surprised to discover that there’s a full-sized birch tree birch in there. LeBlond explains that the whole reason for building the dome in his yard was to protect this tree from the elements. 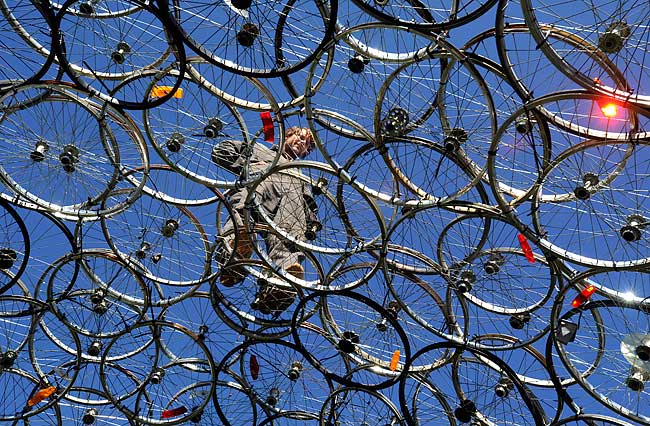 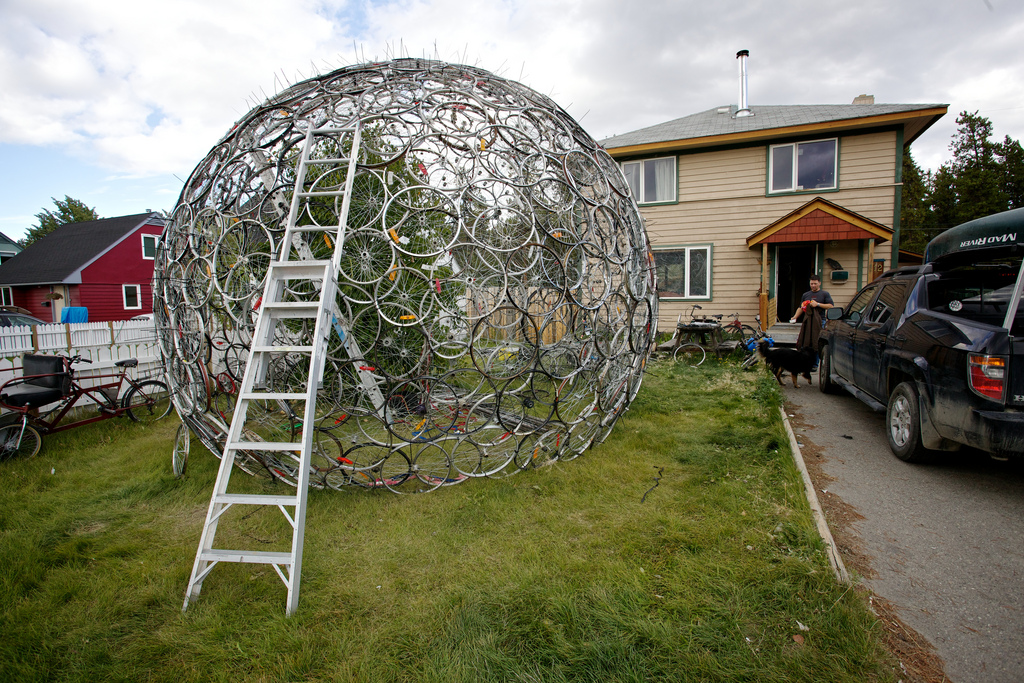 This is not the first time that bicycles have taken center stage in an art installation. Renowned Chinese artist Ai Weiwei has been touring his impressive sculpture Forever Bicycles all over the world lately, with the immense structure appearing in cities like Buenos Aires, Argentina, Austin, Texas, and London, England. The sculpture is comprised of 10,000 bicycles, each one of which was manufactured by Shanghai bike company Forever Bicycles. 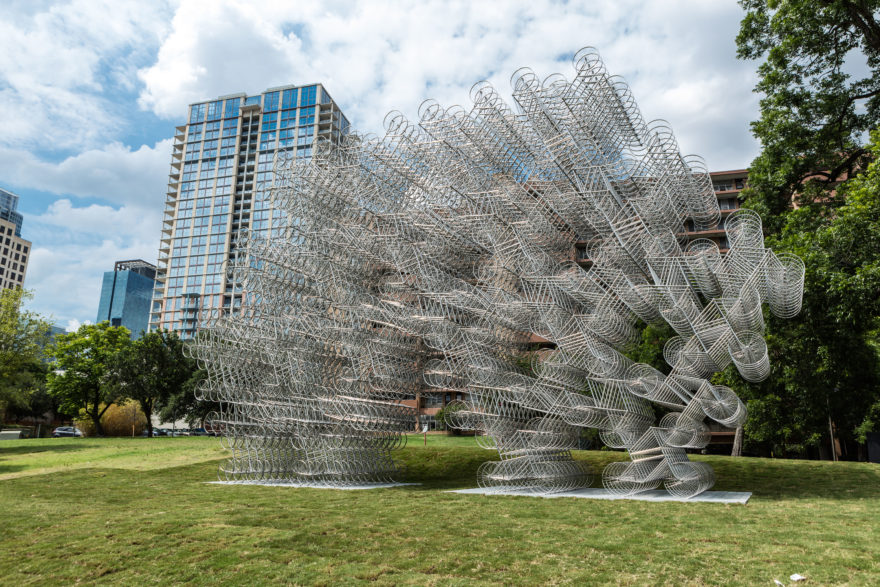 The fact that these bikes are all identical is a reference to China’s reputation as a leader in mass production — and to the position that the bicycle itself occupies in Chinese society. For decades, the Chinese relied more on bicycles than they did cars, only changing in recent years as the country began to modernize and develop a booming manufacturing industry. There is also a lesson in the construction of Weiwei’s Forever Bicycles installation. Namely, the bicycles are immobile, rising up into the air because they are stuck to one another and contradicting the idea that a bicycle represents freedom and movement. Of course, the illusion, the play of light and shadow, and the mere immensity of this sculpture each have artistic impacts of their own, and it’s safe to say that both LeBlond and Weiwei have elevated the humble bicycle to the upper echelons of the creative world.