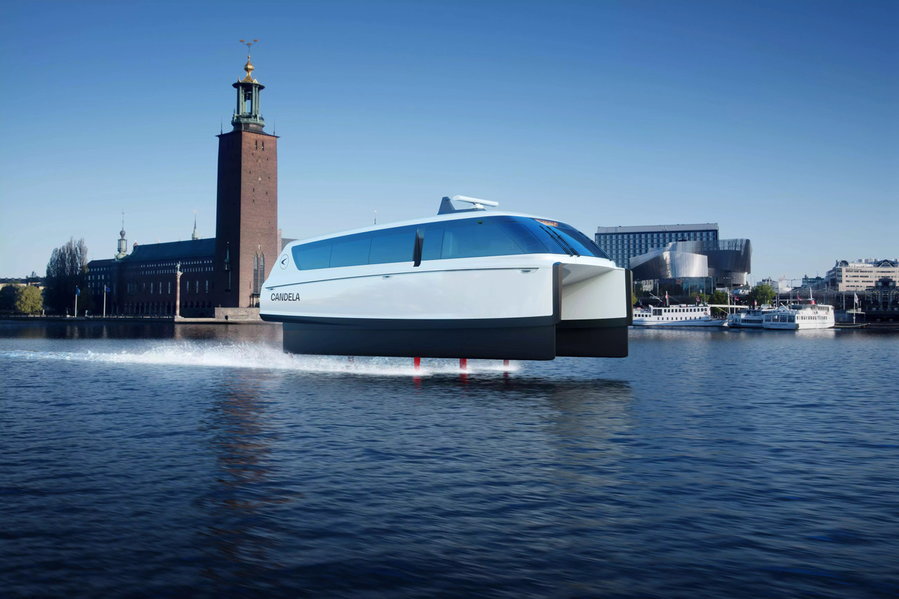 Well beyond a cool-sounding concept, the Candela P-12 Shuttle will become a real commuting option in the Stockholm area by next year. Capable of carrying 30 passengers at a time, this 40-foot flying electric boat relies on hydrofoils that lift it out of the water so can zoom along at up to 30 knots (34 mph or 55 km/h). It uses the equivalent of a mere 0.1 kWh of electricity per passenger kilometer, gets a range of 50 nautical miles at typical service speed, and recharges in under an hour using DC fast charging. 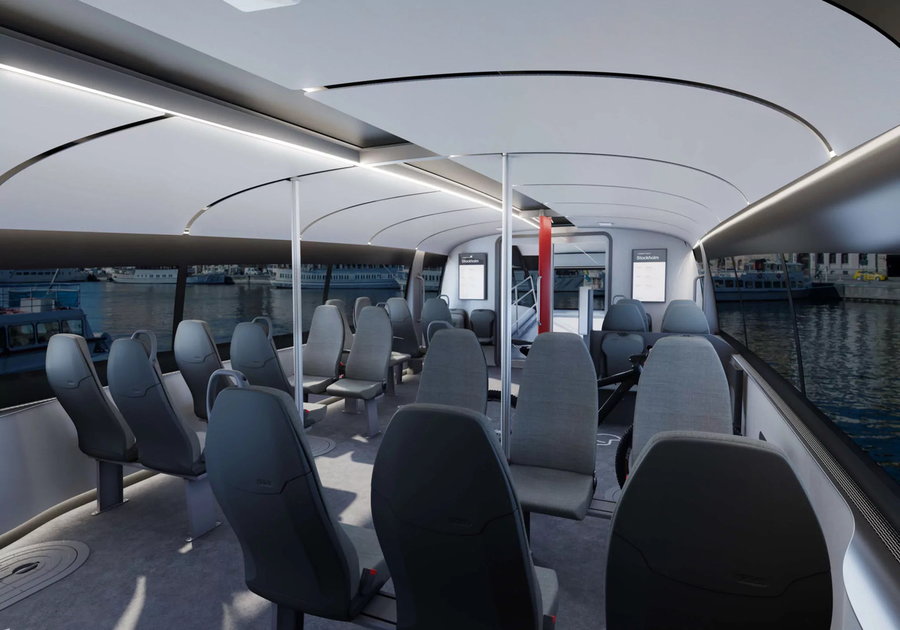 Those impressive speeds make the P-12 the fastest electric ship in the world, according to Candela. It’ll also be among the greenest watercraft ever produced, reducing energy usage per passenger kilometer by 95 percent compared to commercial diesel-powered ferries that are currently in use. 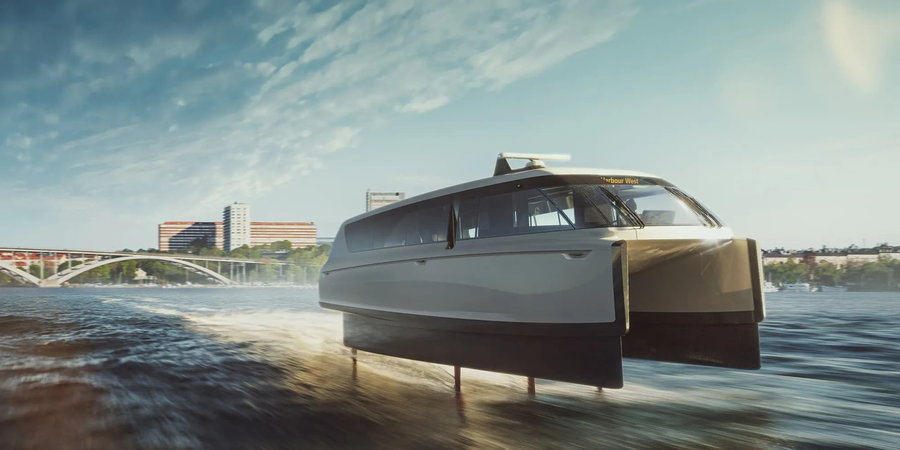 “Our shuttles use 80 percent less energy than conventional ships and have the ability to travel far and fast on pure electricity,” Candela states on its website. “This means a 100-percent reduction in local emissions, particulate matter, and NOx. Moreover, there is no need for oil changes and thus no risk of oil leakages. Given the reduced energy consumption, low maintenance needs, and possibility to increase passenger volumes, we estimate that operational costs [in Stockholm] will be reduced by at least 40 percent.”

The P-12 Shuttle will slash commute times between the Stockholm city center and the suburb of Ekerö from 55 minutes by subway, bus, standard ferry, or car down to just 25 minutes. Part of that time savings stems from the fact that the P-12’s hydrofoils produce virtually no wake at all, allowing it to cruise within Stockholm’s no-wake zones, which usually require conventional boats to slow down to 12 knots or less. If Candela’s nine-month trial period with the city is successful, the company will likely make additional ferries available to help free up traffic from Stockholm highways. It could also pave the way for expansion into cities like New York and San Francisco. 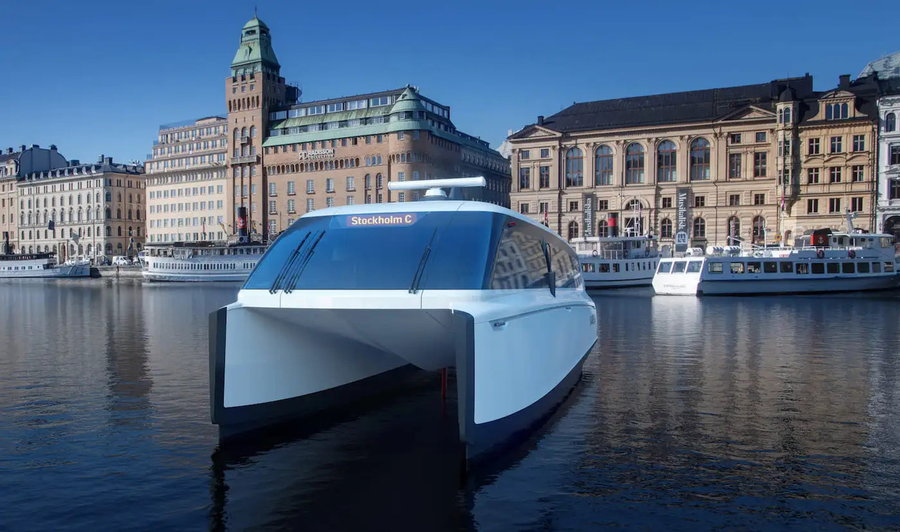 The Candela P-12 shuttle features a carbon fiber keel and computer-controlled hydrofoils that make up to 100 micro-adjustments per second for the smoothest possible ride, increasing comfort for passengers. It has a 180 kWh battery and is small enough to easily jet around on the water. Candela also offers a consumer version called the C-8, if you’re interested in buying one of your own (starting at €290,000).

Another interesting idea takes the “flying ferry” name a bit more literally. Brittany Ferries says its battery-powered craft “foils like a hydrofoil, hovers like a hovercraft, and flies like a plane… with the comfort and convenience of a ferry.” This concept glider can carry 150 passengers at a time and travel at speeds of up to 180 mph (290 km/h), quite a bit larger and faster than the P-12 and a whopping six times faster than conventional ferries. Brittany Ferries says it’ll get a battery range of 180 miles (290 km). 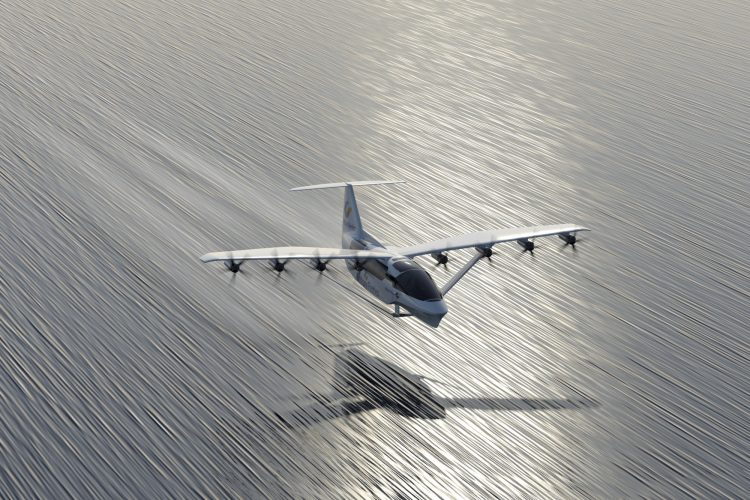 This flying ferry works by rising on foils as it departs from a port, taking off and riding a cushion of air just a few meters above the surface of the water until it reaches its destination. The company aims to test the concept by crossing the English Channel between Portsmouth, England and Cherbourg, France in just 40 minutes, a journey that currently takes 5 hours by conventional ship.

Since it’s rising considerably higher above the water than Candela’s hydrofoil ferry, the Brittany Ferries watercraft will face additional technical and regulatory challenges, but the company says it could be operational as soon as 2025. Brittany Ferries brings its proven expertise earned through development of its high-speed catamaran Normandie Express to assist US-based startup Regent Craft with the process. 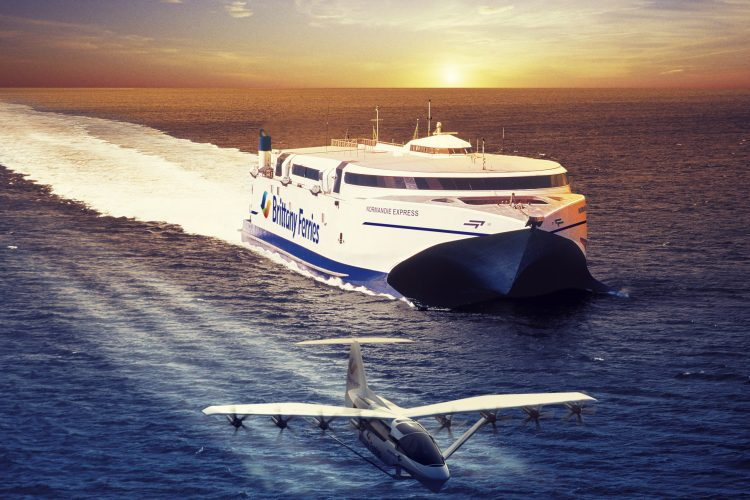 “We are particularly pleased to contribute now because it means we can bring real-world challenges and potential applications into the company’s early thinking,” says Brittany Ferries’ Ports and Operations Director Frédéric Pouget. “We hope this may help bring commercial success in the years that follow. Who knows, this could well be the birth of ferries that fly across the Channel.”