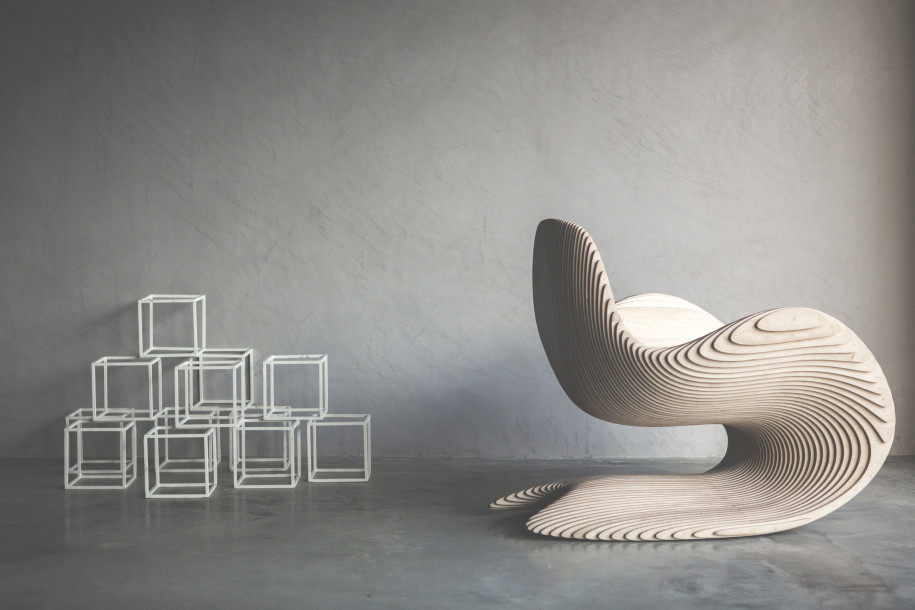 What do you do when you’re hopelessly in love with chairs? It’s impossible to stay true to one or even a couple styles and aesthetics, when every day another irresistible model comes along – such as this sinuous beauty. Called the Betula Chair, it is ergonomic, comfortable, super sturdy and visually pleasing with its generous curves. 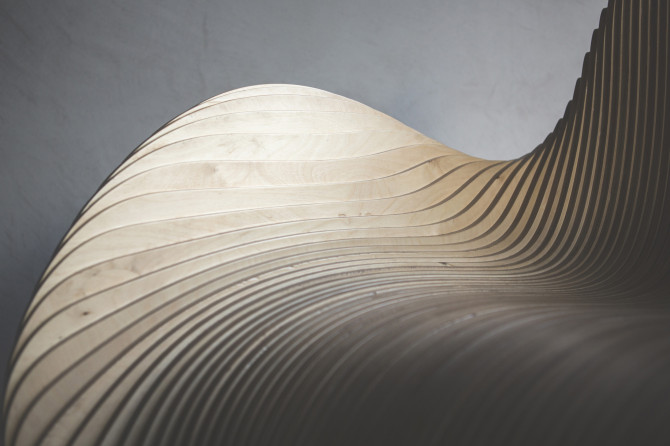 Made by India-based Apical Reform Studio from birch plywood, it’s sensual and visually dynamic. The firm is devoted to non-conformist art and architecture. For instance, ply isn’t the most luxurious of furniture materials, but here it works, creating a compelling and cohesive cantilever sculpture that is also functional. While cerebral looking, the design language is inspired by fluid movements in nature, the slither of a snake in the sand, undulating water…

“A sinuous structure made entirely out of birch ply, the chair is a fine example of the beauty in fluid decontructivism. As a piece of design-art, and of function, the chair’s seemingly simple form is revealed as layers of birch ply – each individually designed – are precisely put in place. The concept behind this project – one of layering and revealing the internal frameworks – remains a process of ongoing research at the studio with more prototypes under development.” 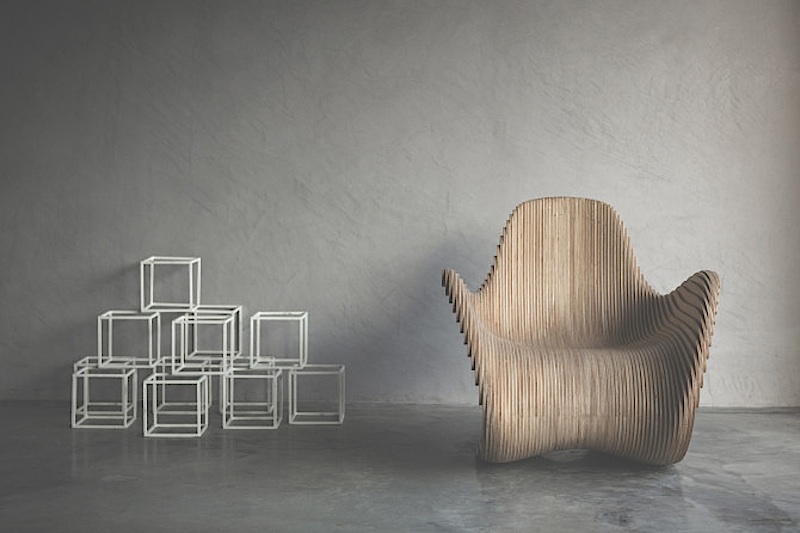 And then it turns out that we love pretty much else we have seen so far from Apical. The curvy aesthetic was clearly evident when the team, led by Amrish Patel (principal) and Darshan Soni (director), created their own office and work space (see bottom image). Also check out this penthouse they designed in Ahmedabad, India (see below)! 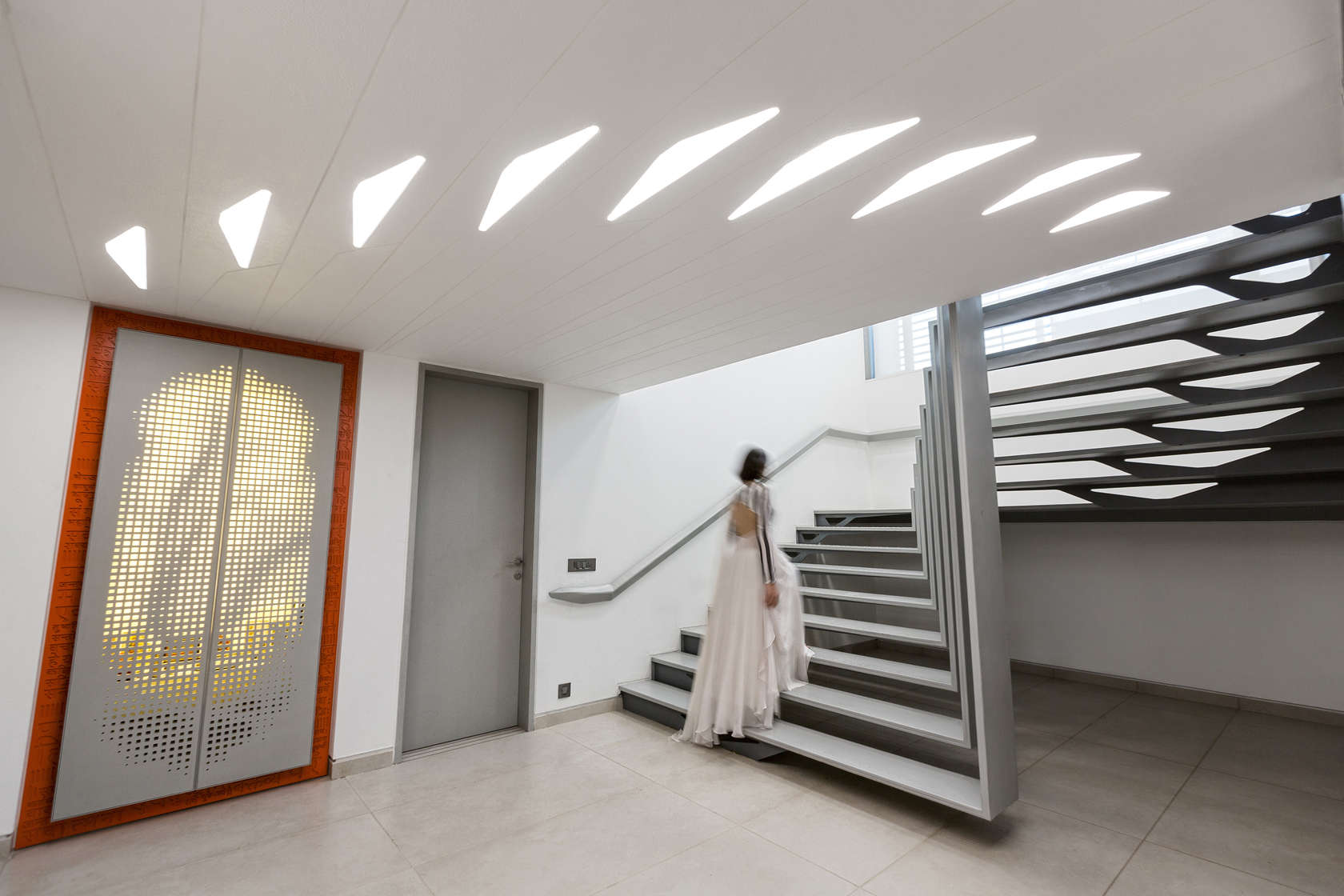 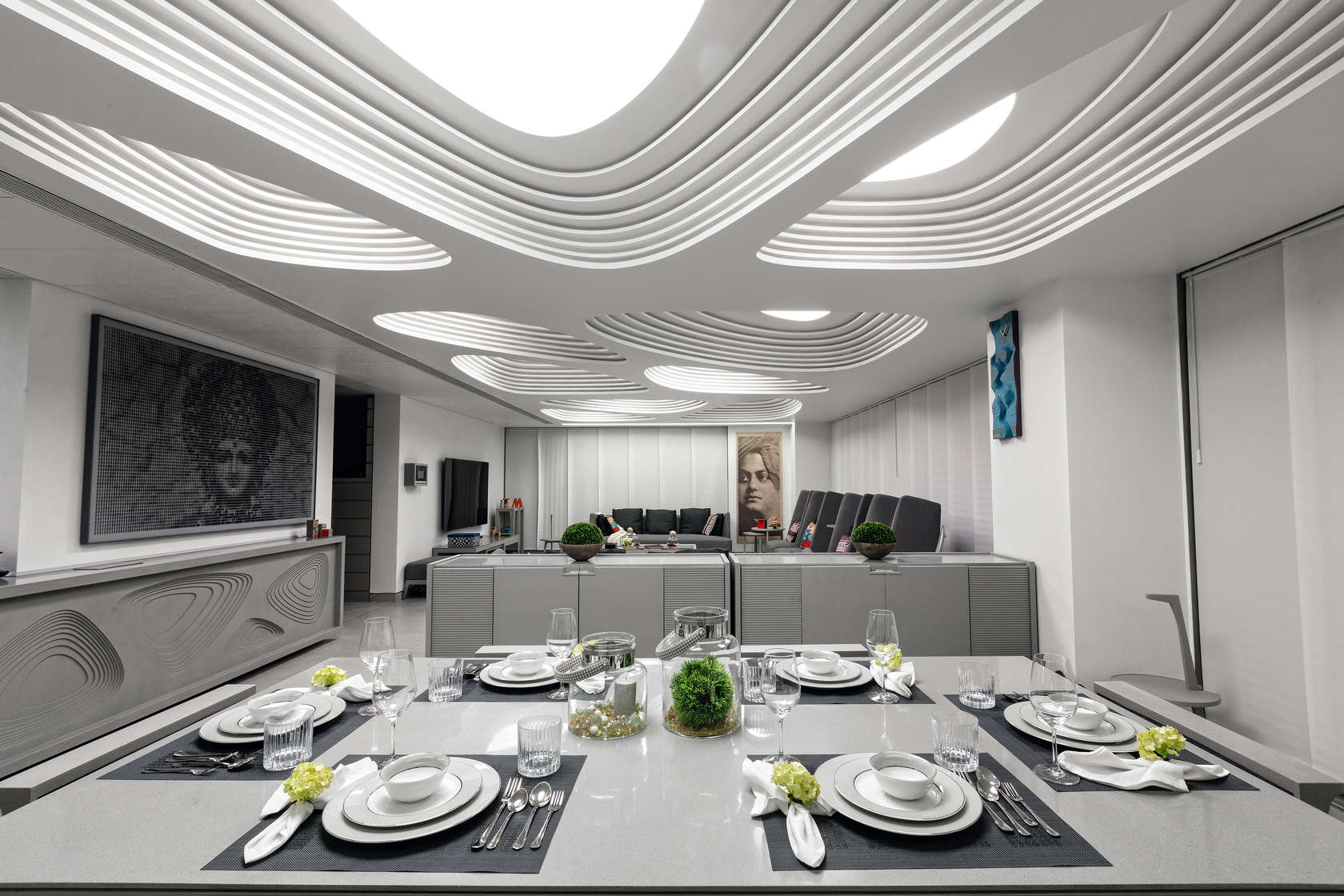 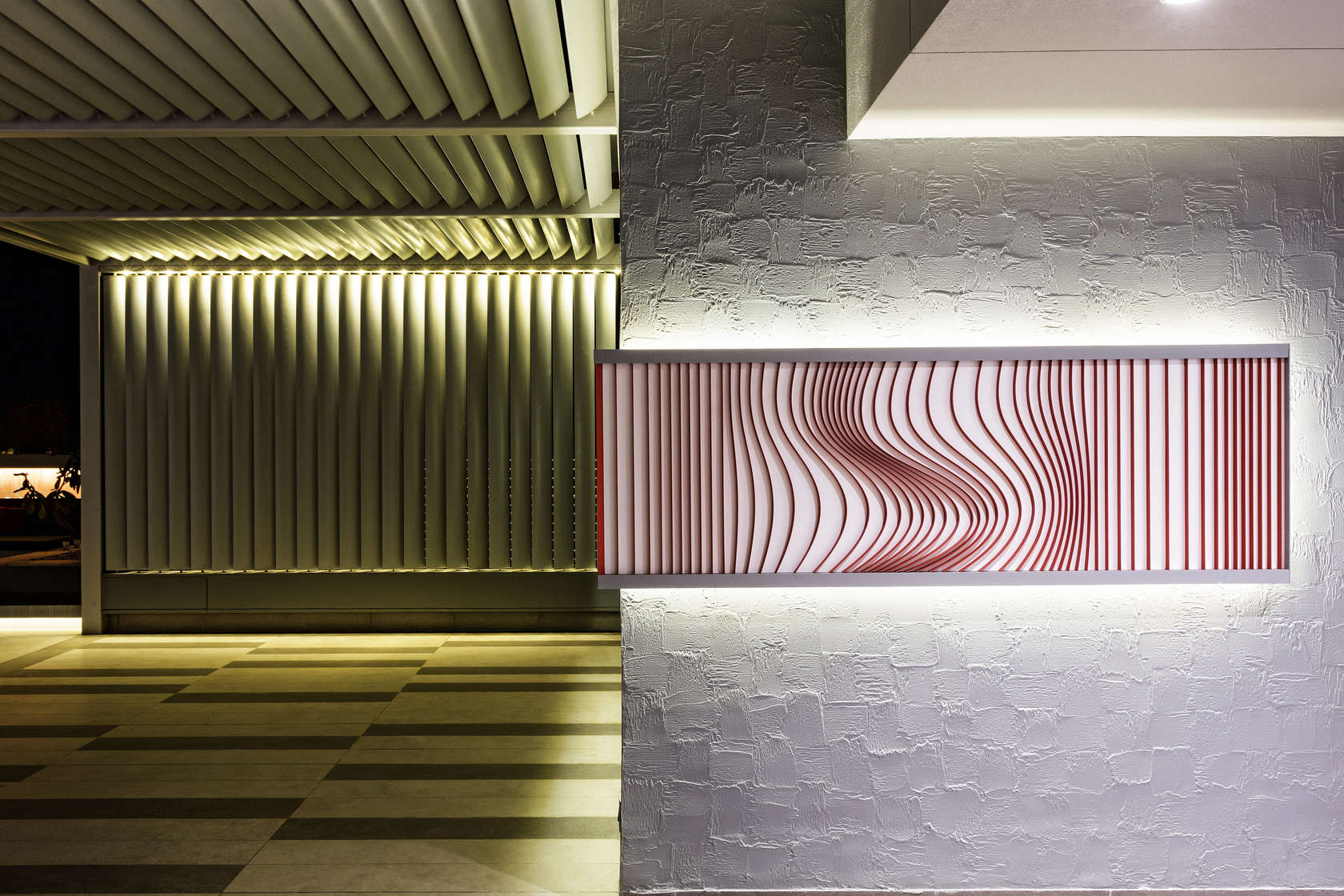 Around since 2011 and devoted to “infusing atypical ideas with functionality,” they are most definitely a young firm we’re keeping an eye on! 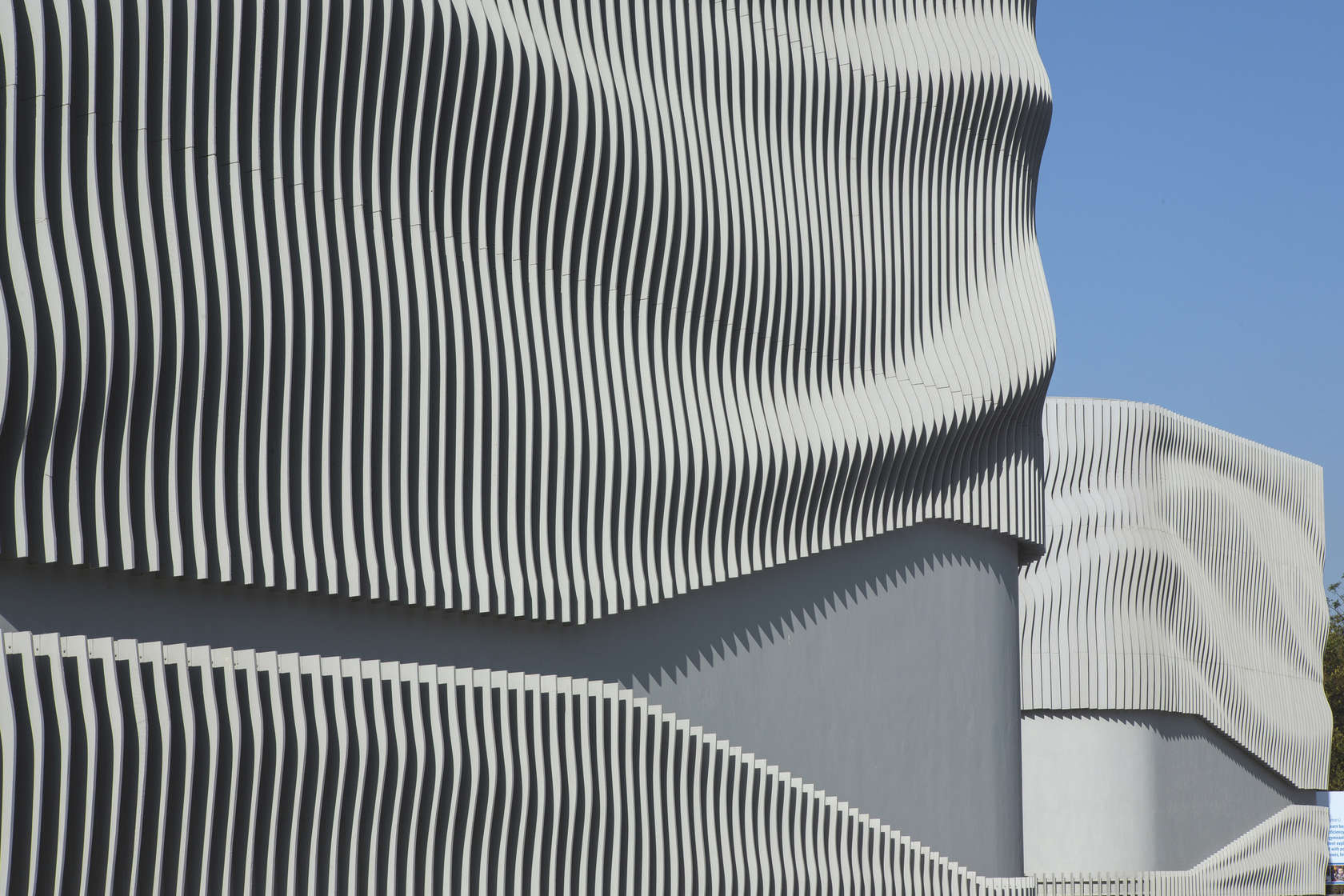 “Founded in 2011, Apical Reform is a collaborative design studio dedicated to creating immersive experiences led by art and innovation in production technology.”

“In just a few years, the studio has found a definitive creative voice, designing everything from collectible furniture to bespoke design-art pieces. The studio consists of a group of young, forward-thinking creatives making an honest inquiry into how design intervention can transcend the mundane into a singularly extraordinary experience. Innovation and technology are the foundations from which the Apical Reform designers approach their métier.”