Three MBA students were quick to translate their academic learning into a real-world business venture, developing a prototype that captured the attention of investors and no doubt made their professors proud. 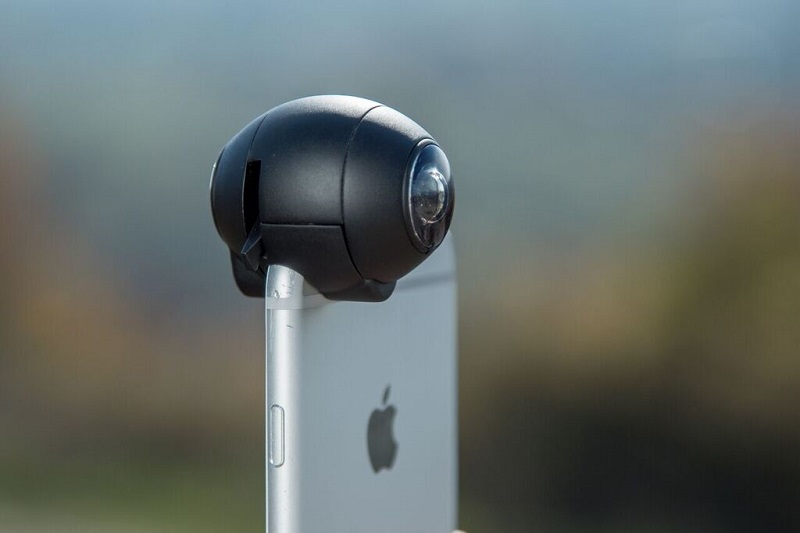 The prototype in question is Fishball, a device that you can clip onto your iPhone to shoot 360-degree video. The best part is that there’s no electrical component to it, which means no annoying wires or batteries to keep track of. Just high-clarity polycarbonate lenses.

Since this device works directly with your phone’s camera, you can rest assured knowing that everything you record will be stored right on your phone rather than on an external memory card. And of course that means it’s a snap to email footage to friends and family — or post it on Twitter, YouTube, Facebook, and all of the other usual suspects.

So who exactly are the brains behind this clever gizmo? Fishball co-founders Yuriy Pryadko, Tony Sgroi, and Sora Elcan met at the prestigious Haas School of Business at UC Berkeley in California. When they learned that experts were predicting an explosion in the visual content market, with 360-degree content and virtual reality leading the way, they knew they had to take advantage of the opportunity.

“We came together to address the biggest roadblock for bringing the benefits of VR to everybody: capturing 360-degree content easily and at an affordable price,” the team explains. “Instead of creating another cumbersome and nonintuitive 360-degree camera (not to mention expensive), we decided to take the most powerful device people already own, your smartphone, and to harness that power to record in 360 degrees directly.” 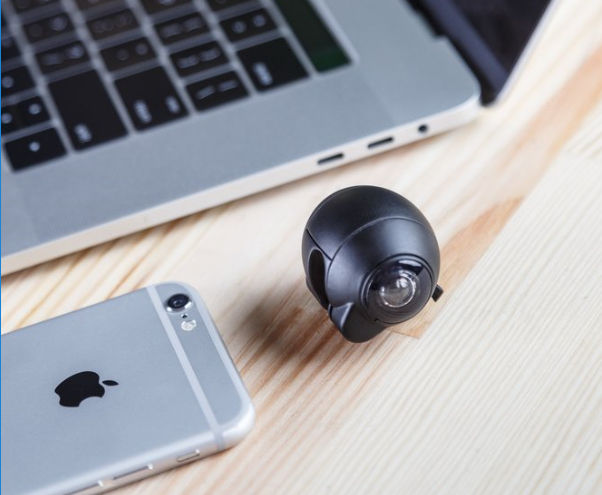 The free Fishball app works on the iPhone 7, 7 Plus, 8, 8 Plus, and the new iPhone X. It’s also been tailored to work with future iPhone models, so you’ll never have to worry about it becoming obsolete. The company is currently looking into Android options as well.

More recently, the designers have announced a software development kit that allows other companies to use their photo or video apps with Fishball, so hopefully that will help even more smartphone users take advantage of the product. 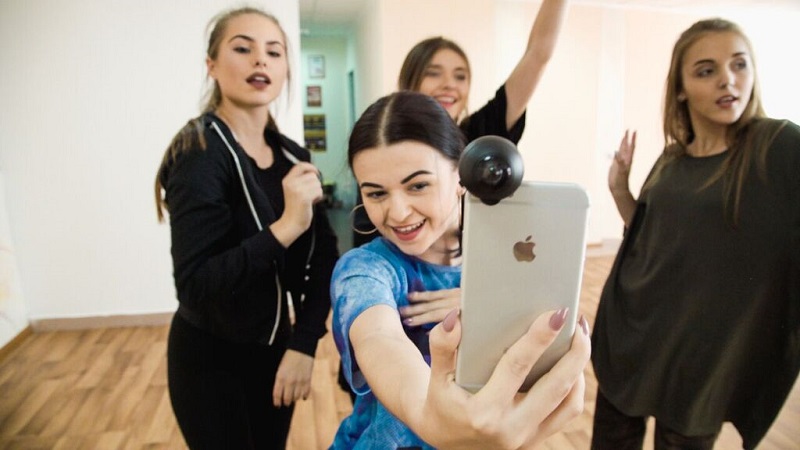 The app and the company’s proprietary stitching software work in unison to record 360-degree video that can be viewed instantly via the Fishball’s live streaming capabilities.

Wondering how it looks in action? Take a look at this video shot by Yuriy from a rooftop in Kiev. Note that you can move around the screen to see in every direction — and even get a peek at Yuriy himself.

The device will definitely be great for scenic panoramas like this, but we imagine that it would be perfect for bringing a concert or baseball game to life, too. Heck, it’ll even be useful at family reunions, when it’s usually impossible to fit all the second cousins and great-great-aunts into a single photo.

Fishball weighs just over an ounce and measures about 1.3 inches by 1.75 inches, so it’s easy to stick it in a bag or pocket. Consider having it with you at all times, because you just never know when a visual emergency is going to strike!