Known mainly for his influence in the world of fashion, Jonathan Saunders is now making his mark with a different type of design: his debut furniture collection, fittingly named after himself. 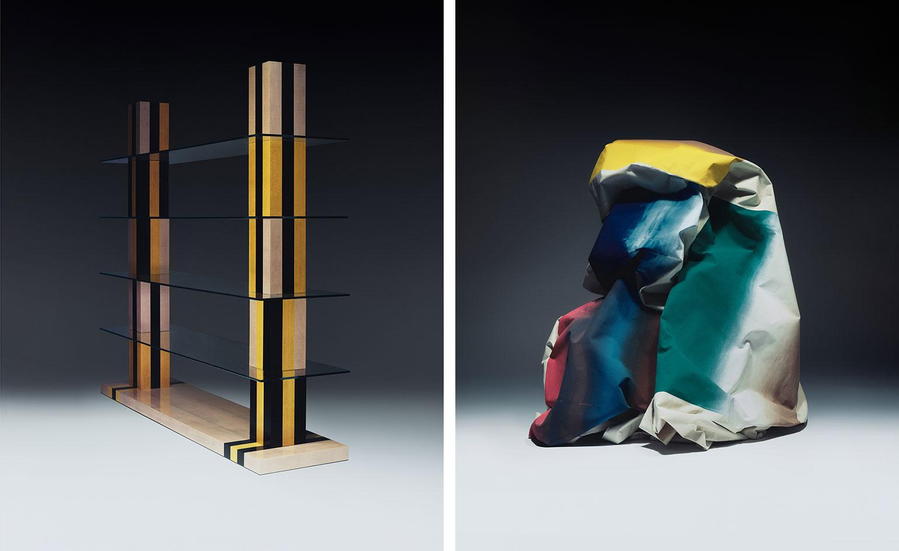 From 2003 to late 2017, Saunders expressed his passion for design in a variety of ways, working with some of the biggest names in the business. From creating the highly-photographed Alexander McQueen Bird-of-Paradise prints to working as Chief Creative Officer for Diane Von Furstenberg, his aesthetic was virtually everywhere during those years. In 2017, however, he announced his departure from the fashion world in order to explore the creative aspects of home decor and furniture making.

With a world of excitement and a flurry of ideas to consider, Saunders forced himself to narrow his focus, concentrating on marquetry, tubular steel, and textiles as his three signature elements. The resulting furniture collection was released at Frieze Los Angeles in February 2020 — and not unlike the fanfare and award-winning reception from his earlier fashion designs, this new endeavor is being enthusiastically received. 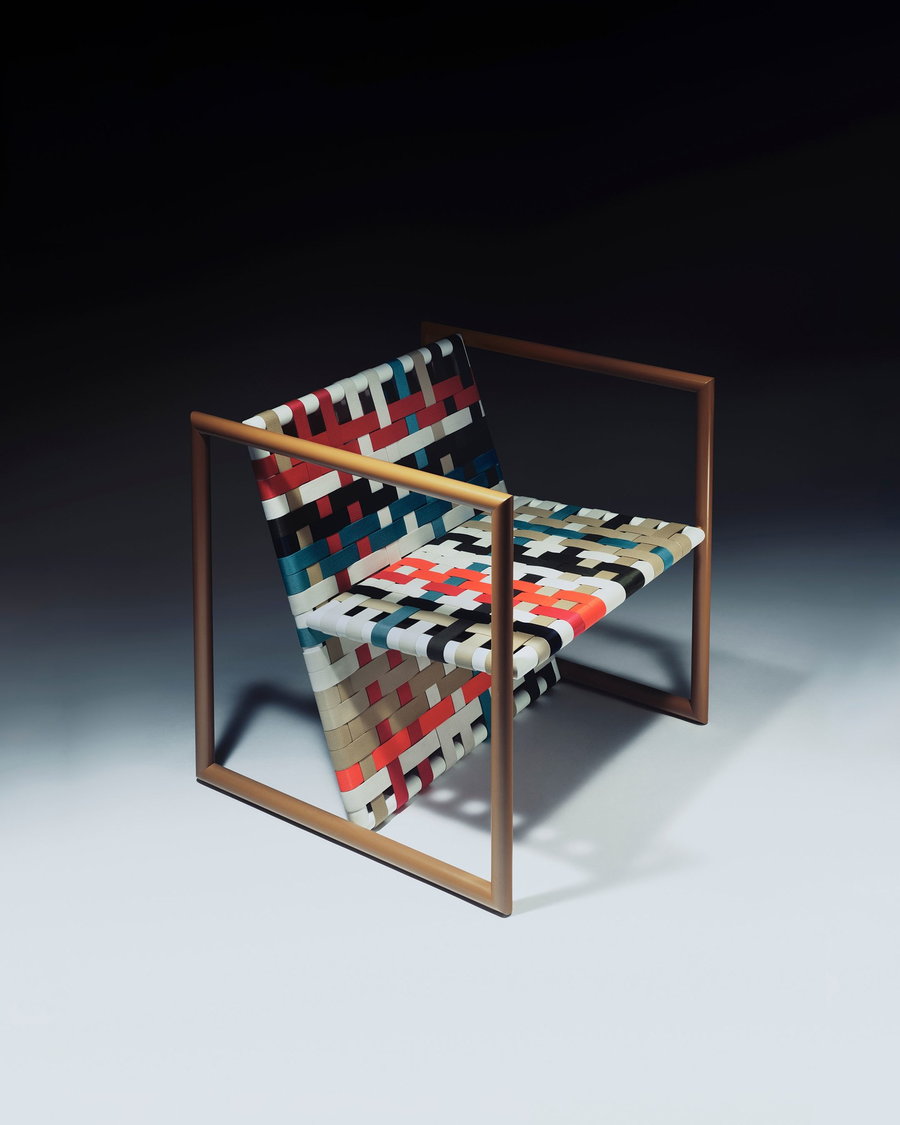 To embody the marquetry and tubular steel aspects of his burgeoning furniture style, Saunders created pieces like a sycamore and stained beech long bench, a set of shelves with crystal surfaces, a colorful yet functional armchair with nylon webbing for a seat, a pyramid-style table made from squares that interlock with a resin top, a cube stool, and a square stool with leather upholstery. And of course, textiles will likely always be at the forefront of all his work, stemming from his early days in 2002, when he earned an MA in printed textiles from Central Saint Martins.

Saunders says he almost involuntarily fell into the fashion world as a result of his studies and desire to work in a design setting. He explains: “I studied product design at Glasgow School of Art as my first love. I progressed into fashion almost indirectly because I was involved in making things and I love textile design and it was a natural progression for me to go into fashion. But for many years I was always thinking I wanted to make furniture as part of my own collection, but there was just never any time.” 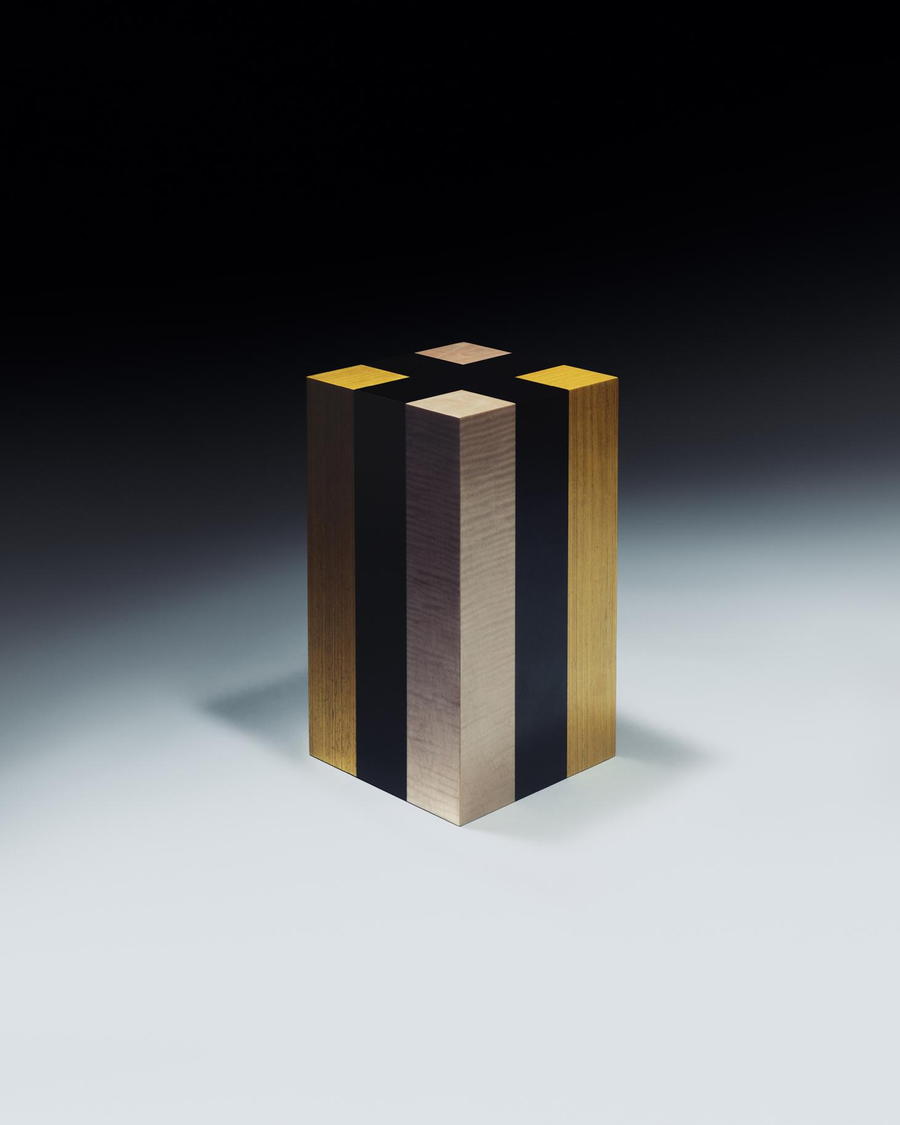 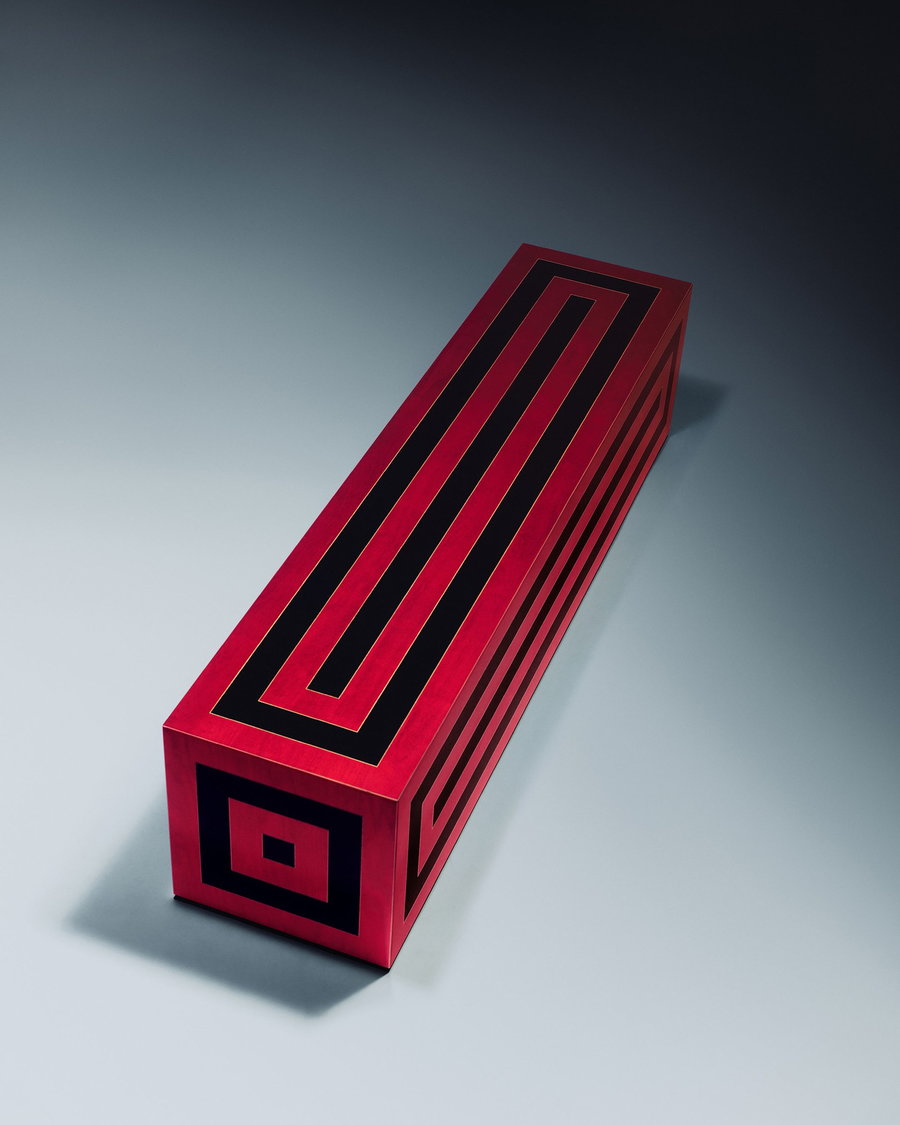 The transition hasn’t been flawless, and while Saunders has enjoyed the experience, he’s met many challenges along the way. Primarily he’s discovered that the design and production tempo of furniture is very different from fashion, especially the fast fashion realm so prevalent today.

He adds: “It’s a much slower process, but there’s much more development time — there’s definitely synergies and some similarities between how I worked in fashion and how I’m working as a furniture designer.”

With the newfound freedom to jump between mediums as he pleases, Saunders seeks to feed consumers interest in making their space their own. Similar to creating a sense of style (in clothing), he feels that the modern customer is looking for ways to insert personality into their decor through aesthetic appeal and color. 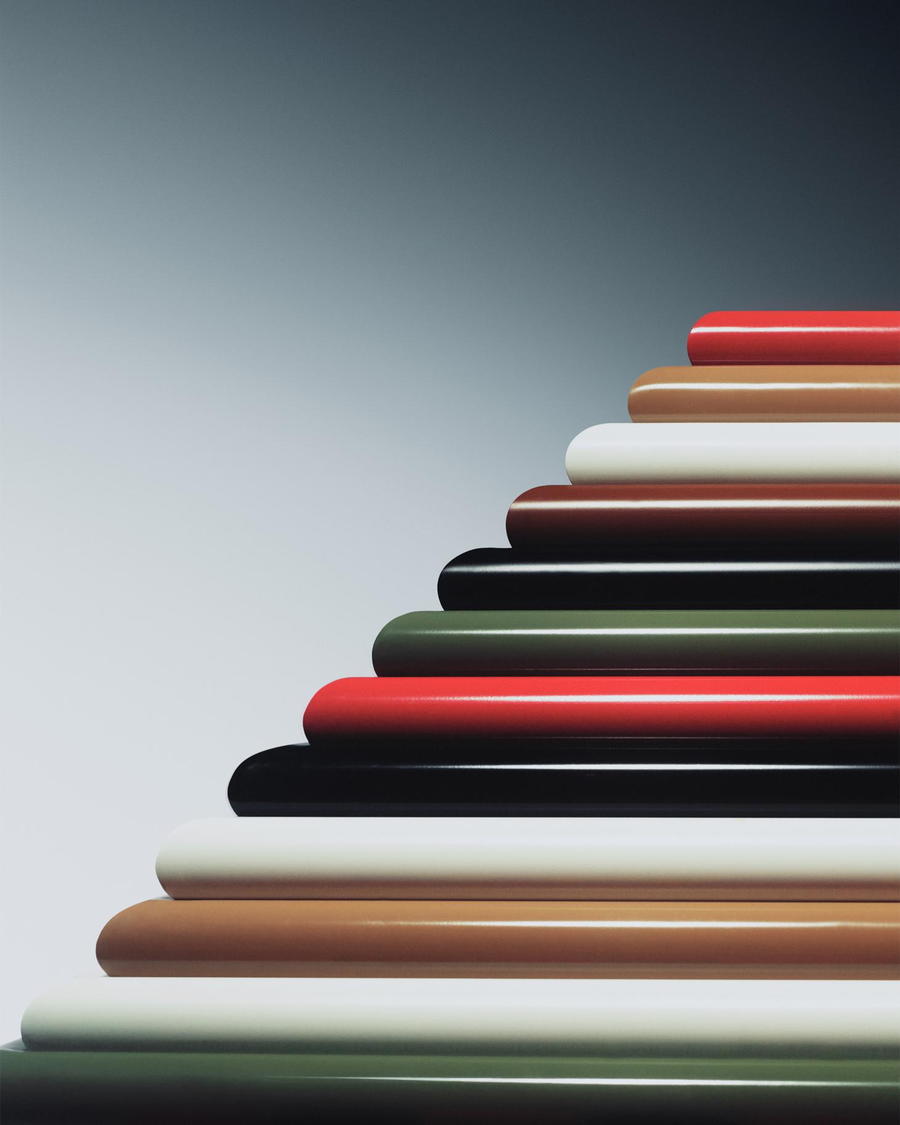 “I’m interested in developing more democratic pieces with a broader appeal, but that still allow you to have an emotional connection with something, that still has the language that I’ve used in terms of color balance and material choices. So I’m starting in this way with furniture and then branching off into other categories, other pieces, and customer bases, but that’s all to come. I haven’t given myself any constraints. I want to have a free attitude towards what this brand can become.”