Some creatives refused to be confined to a single artform. From Kanye West’s newfound fashion endeavors to Nobu’s move into the hospitality industry, cross-pollination of talent across various industries is now very much the norm.
One iconic designer who refuses to be defined is Karl Lagerfeld: the Creative Director of the Chanel fashion house who’s decided to throw his hat into the furniture designing ring. Lagerfeld has recently released “Architectures,” a collection of furniture overwhelmingly inspired by classical Greek architecture, with doric columns and frames gracing practically every piece. 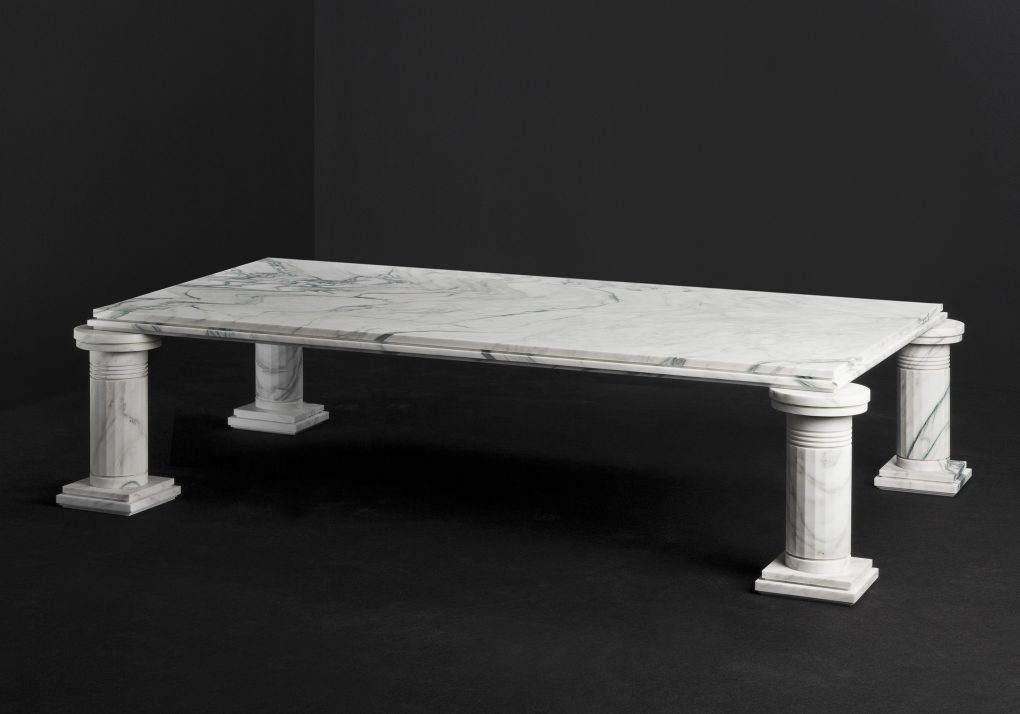 Architectures draws inspiration from sculpture, antiquity, and of course, architecture. All of the pieces in the collection are hewn from Italian marble, whose value has been almost universally recognized since Greek and Roman times. Nonetheless, Lagerfeld feels that his pieces are definitively contemporary, stating: “I love the expression ‘Modern Mythology’. There’s nothing really new, but it’s timeless. I’m inspired by the perfect proportions of Greek columns. They truly are the standards for beauty fixed once and for all. Nothing is more modern than antiquity.” 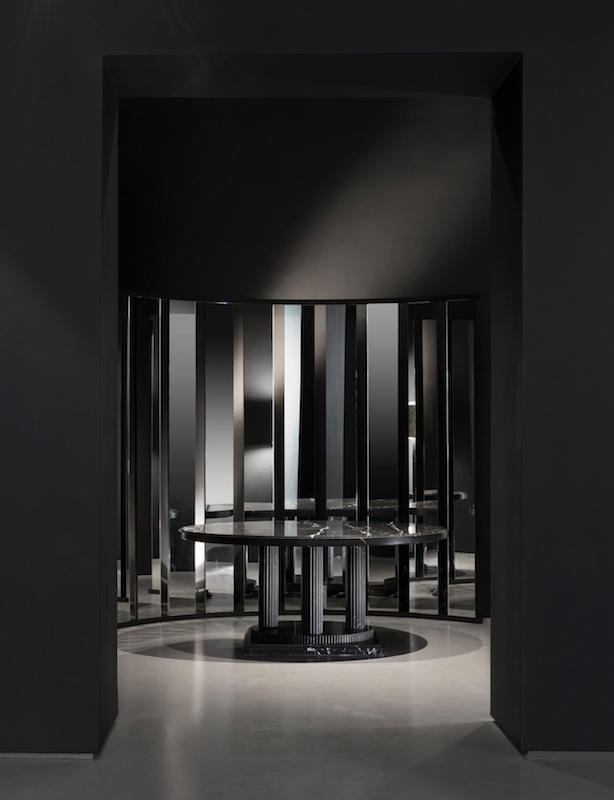 The collection is comprised of guéridons, tables, lamps, consoles, fountains, and mirrors, each of which is crafted with artistic precision by an Italian marble studio from either the pristine white block of the Arabescato Fantastico or its darker counterpart, Nero Marquina. These types of marble were chosen for their unique characteristics, as they are (respectively) neither pure white nor pure black. The white variety is softened by dark gray veins, while the black is streaked with veins that are milky white. In a way, these kinds of combinations are better suited for furniture collections than solid colors, because they’ll almost always have to fit in with existing decors and color schemes. 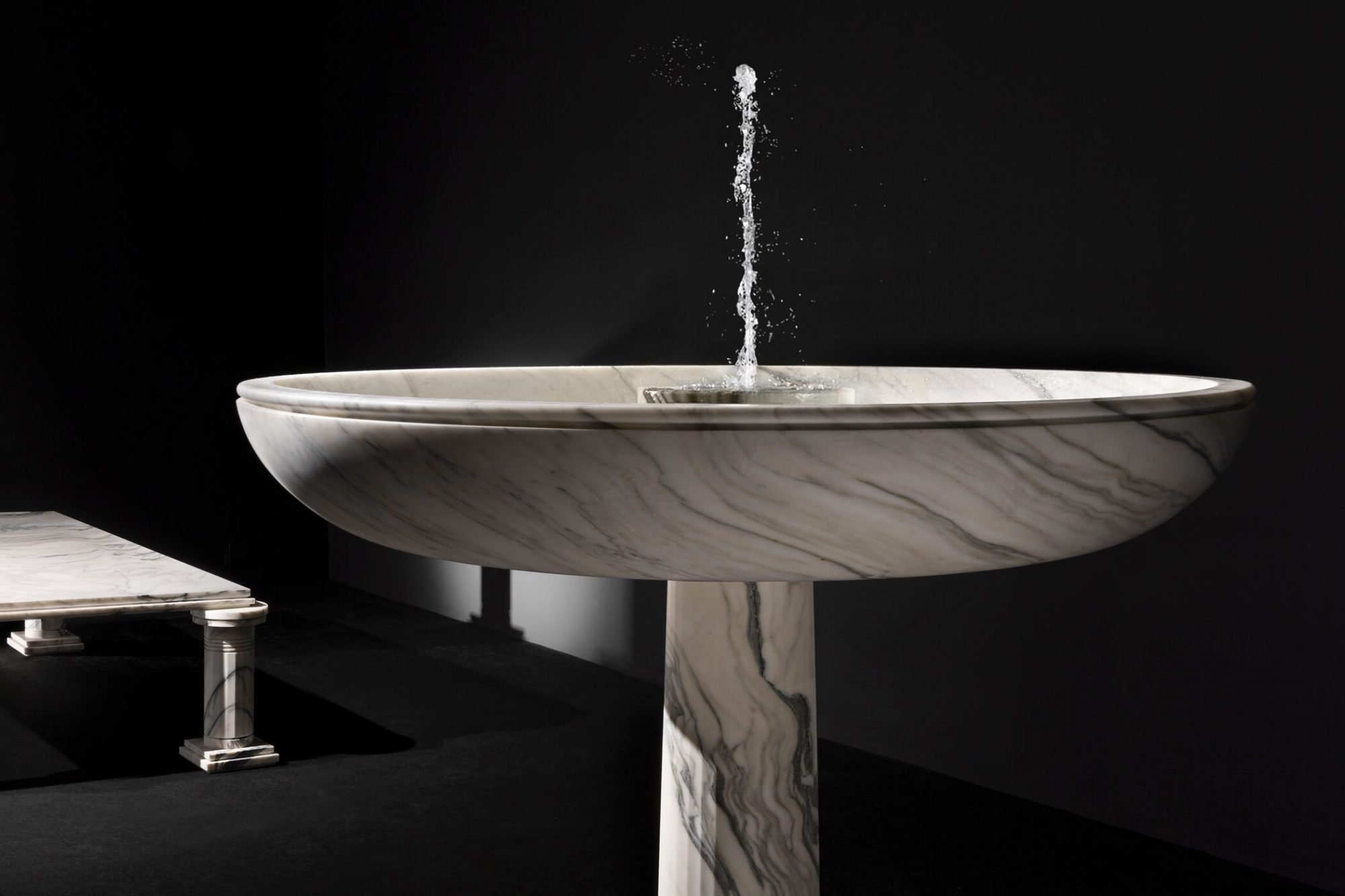 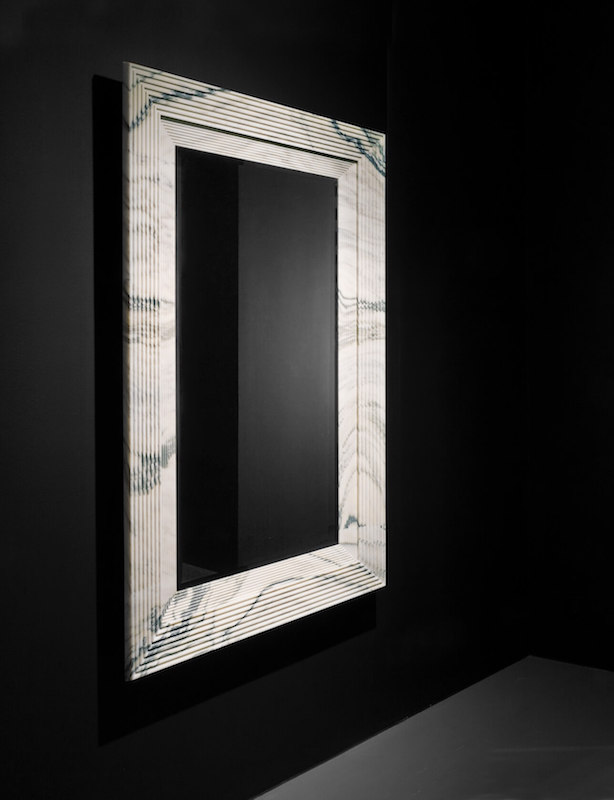 Some of the collection’s standout pieces include Untitled VI, a white marble table consisting of a large tabletop plinth supported by four fluted columns that act as legs, and Untitled II, a black statement console that gives classical fluting a modern twist by combining different patterns along the length of the columns below. To make Untitled II’s design even more interesting, its legs have been offset to play with the perception of its stability. Another favorite, Untitled IX, takes the form of a black floor lamp that could just as easily blend into a domestic space as it could stand out in a reception or lobby area. The lamp features a hand-painted aluminium shade whose finish complements that of the marble base. 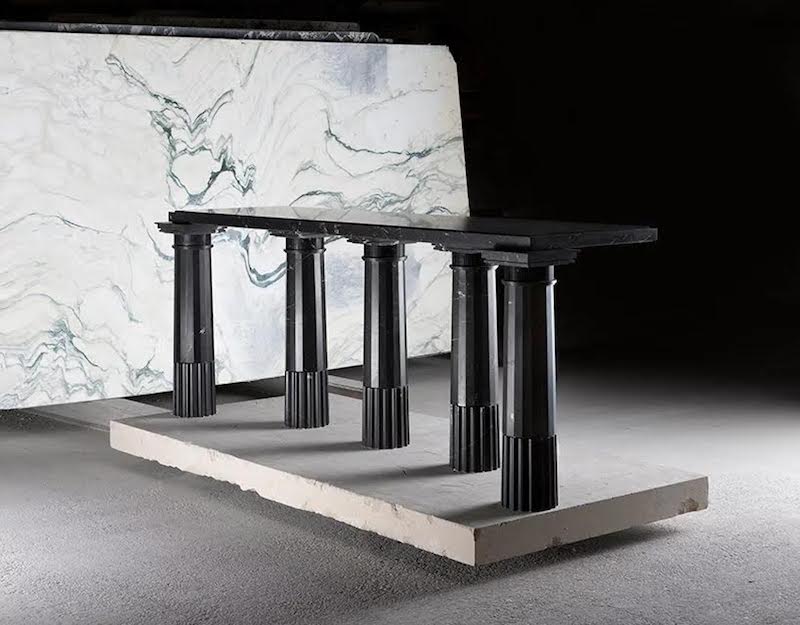 Continue reading below
Our Featured Videos
There are only eight editions of each piece in the collection, with four artist’s proofs of each one in addition to the main range. Their designs are overseen by architect and designer Aline Asmar d’Amman, who ensures that each element is hewn from a block of marble and precision sculpted, cut, and polished by some of Italy’s most skilled craftsmen.
﻿
Architectures will be on display at the Carpenters Workshop Gallery in Paris until December 22, 2018.