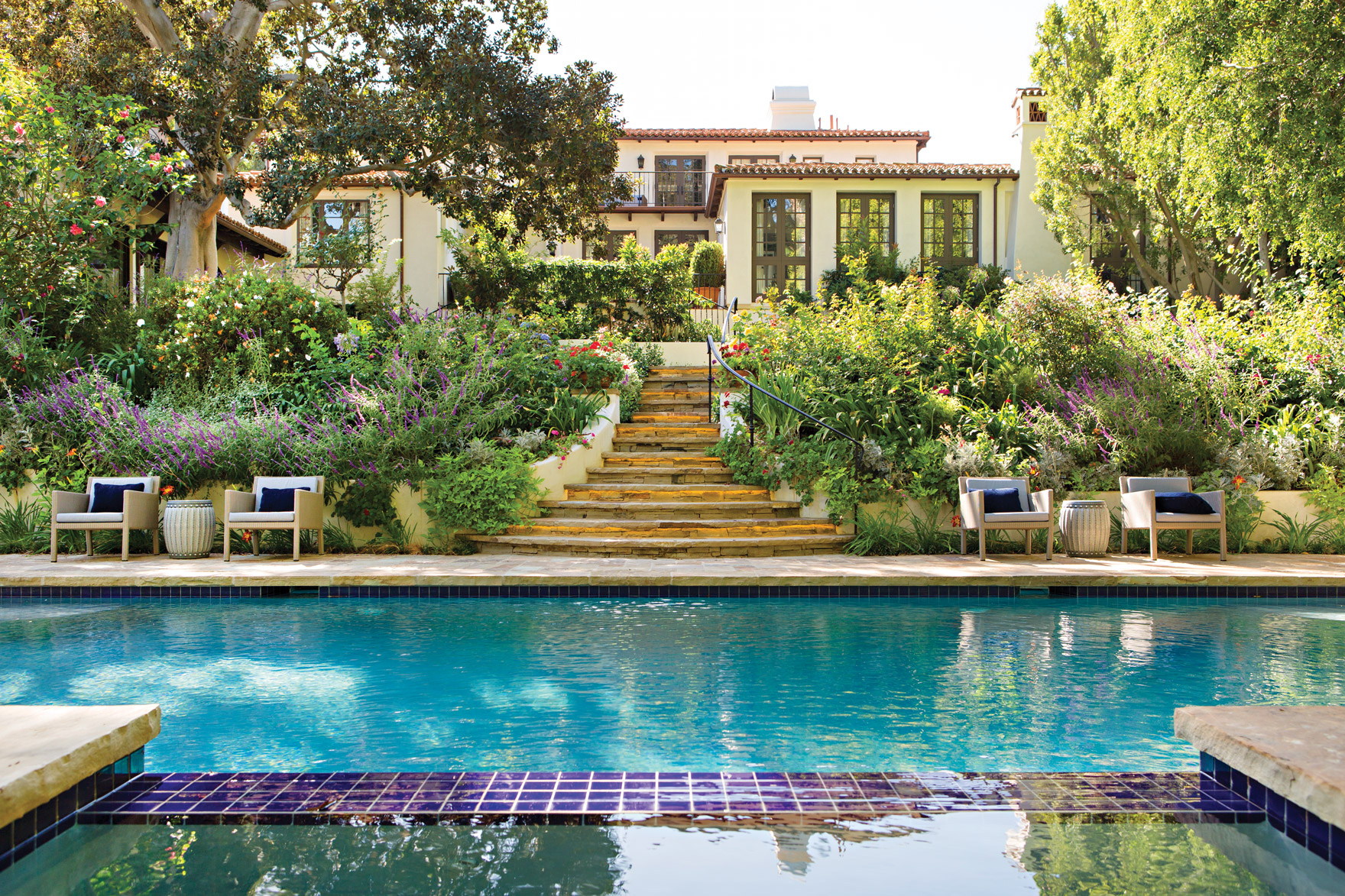 When Mexican actress Linda Christian first bought this Spanish style home in Bel-Air with husband Tyrone Power more than 65 years ago, Hollywood was all abuzz about the iconic couple’s new digs. Not only did a portrait of Christian by Diego Rivera grace the interiors, but the house itself was also described as a work of art. A 1952 issue of Modern Screen magazine gushed: “Painted a tropical pink, which contrasts with its black wrought-iron accents, it looks almost like a jungle flower half hidden among the lush growth of trees that cover this particular section of Bel-Air.”

Alas, as is too often the story, the couple eventually divorced, and the celebrated house went on to become home to a procession of other movie icons, including Henry Fonda, Paul Newman and wife Joanne Woodward, Diane Keaton, and Elizabeth Taylor. With each new resident, the house changed. The painting of Christian disappeared, the pink nuances grew faint, and each inhabitant left a little piece of themselves behind.

A couple with two college-age children recently purchased the home, planning even more changes with the assistance of renowned interior designer Cari Berg. Since Berg had designed the couple’s last home, she was already familiar with their tastes and preferences and felt perfectly comfortable taking on the challenges of the project. 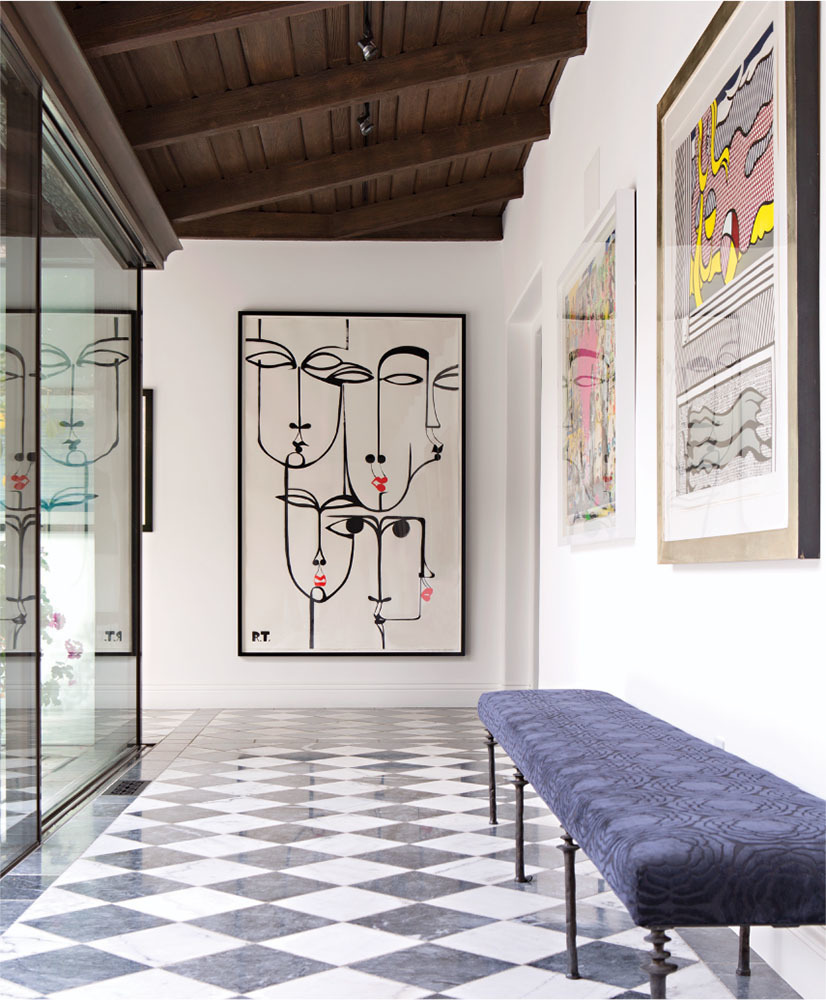 She began the transformation in the living room, where the famed portrait of Christian originally hung. Over the years, it had morphed into a dull combination of gold walls and ceiling beams. Berg described the room as feeling “muddy,” adding that “It never really popped in terms of contrast.” For that reason, her first big task was to lighten the wall colors and darken the beams. 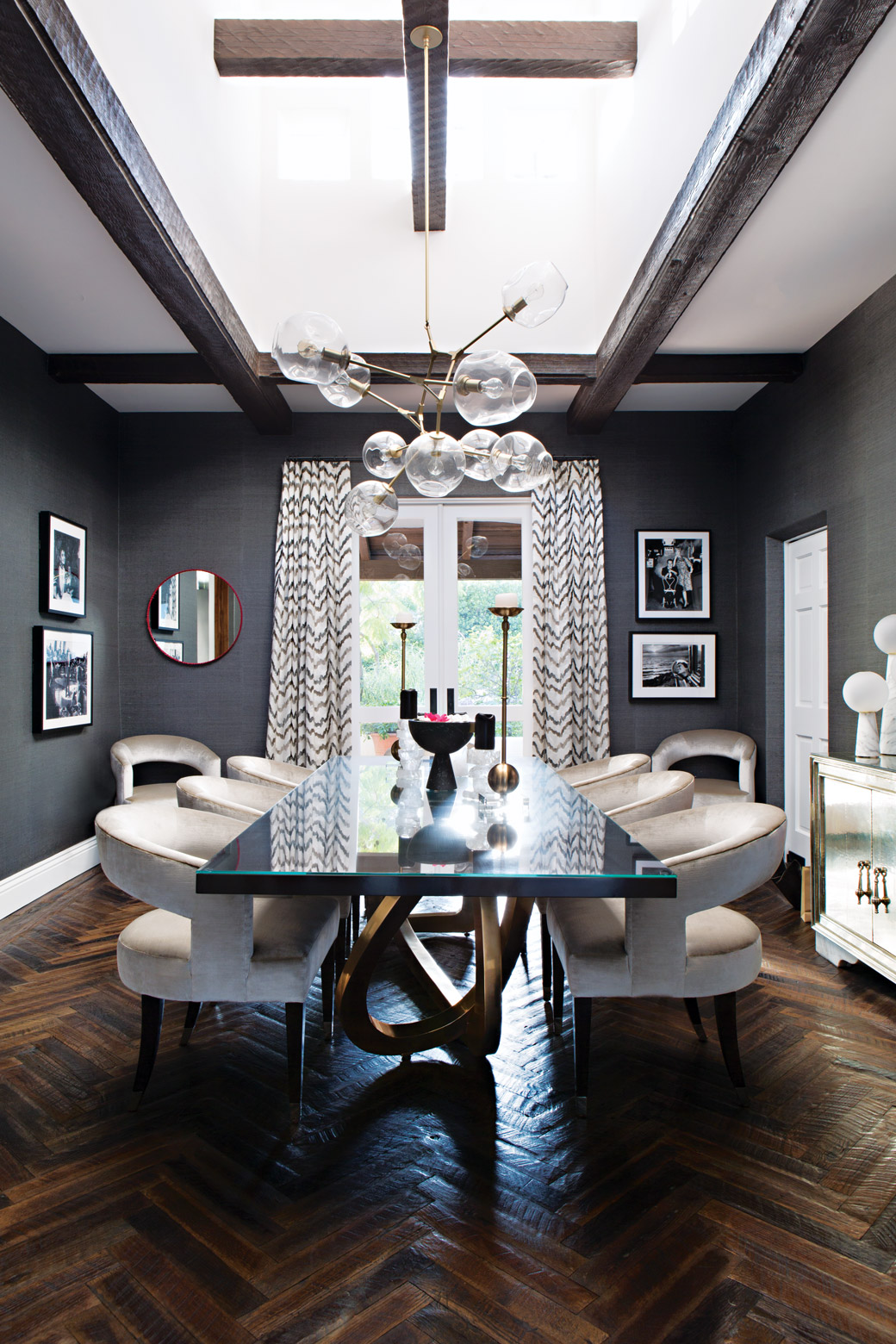 One of Berg’s most innovative ideas was to fill the interiors with stylish furniture and accessories that could easily be moved around to meet the needs of several different social occasions. These furnishings are a mixed bag of high and low-profile pieces, as best showcased in the placement of a pair of overstuffed “chair-and-a-half” loungers next to straight-backed upholstered chairs and distinct hammered gold side chairs. 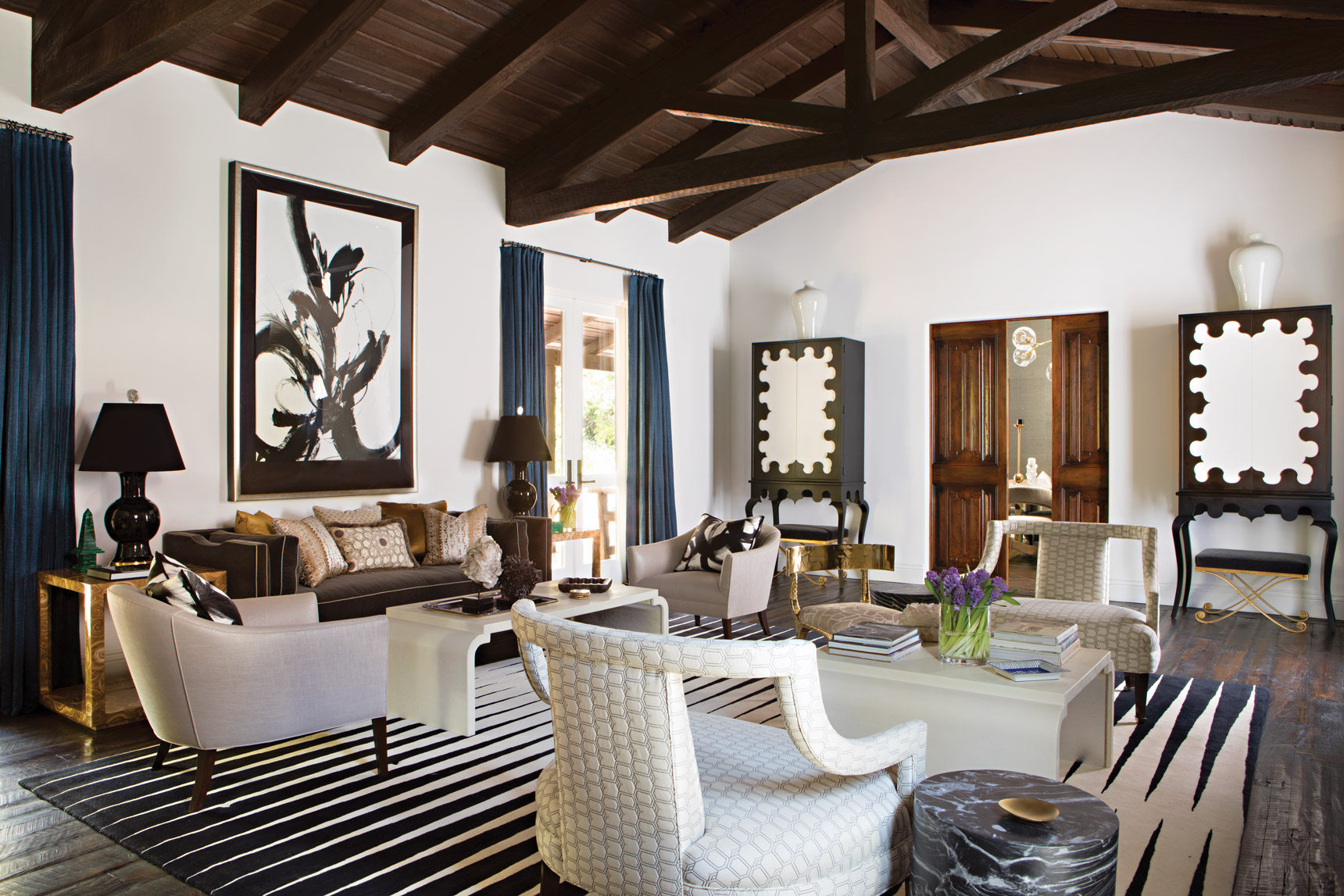 Matisse’s famous words seem to have inspired the female half of the couple to leave her own mark on the home, collecting artwork full-time for two years in a quest to help Berg perfect every its nook and cranny. She started by covering the walls with carefully chosen high-end art by John Baldessari, Ruben Toledo, Russell Young, Roy Lichtenstein, David Hockney, and Ed Ruscha. She also gathered dramatic black and white photos for the house, working shots from Harry Benson, Ruth Orkin, and Julius Shulman into the décor.

Berg explains: “She was so open. When a space was looking too pristine, I would say, ‘We need to mess it up — it needs to get funked up with some vintage or something.’ And she would understand. It was a great project and so fun to do.”