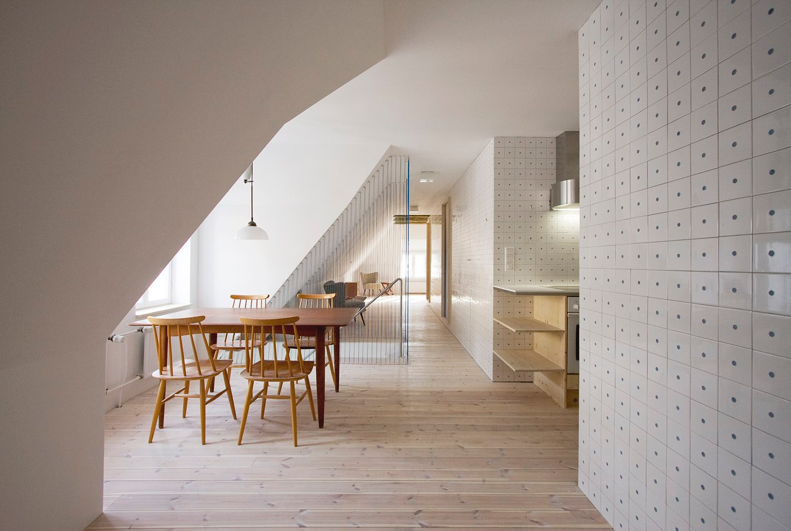 The small German island of Föhr is a unique and quite lovely place in the North Sea. The Frisian people living there have stayed true to their traditional style of architecture and interior design for centuries. 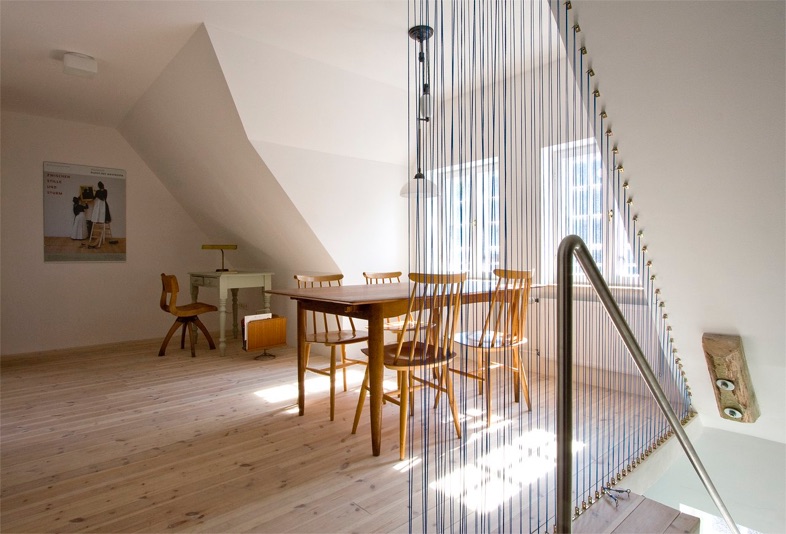 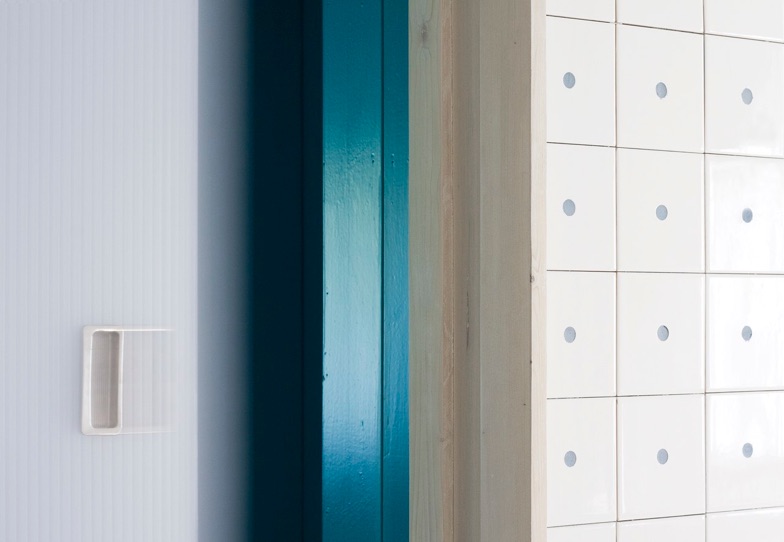 This home once featured a ground-level flat used by the family living there and an unused attic/loft area. The family called in architects Karin Matz and Francesco Di Gregorio to transform that unused space into a fresh, open living space that would accommodate the growing family. 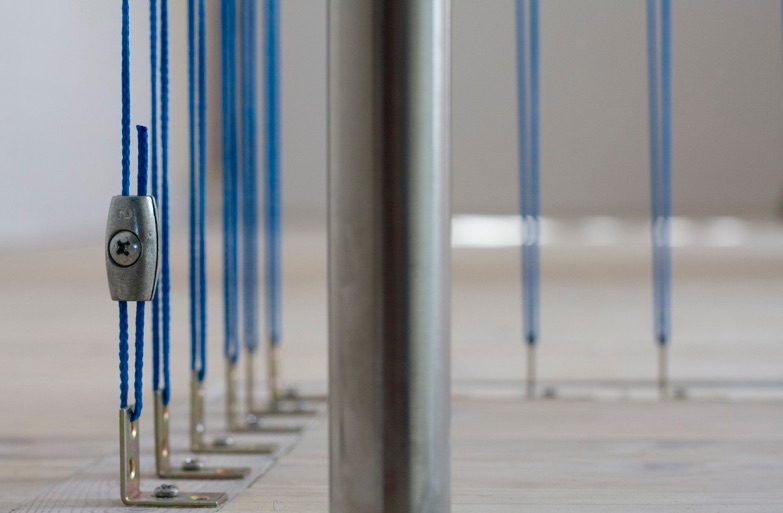 The Frisian heritage of the residents was honored through the use of materials and colors native to the area. The distinctive shades of blue common to every home in the area are used throughout the space, as are the wall tiles used by residents to show prosperity. 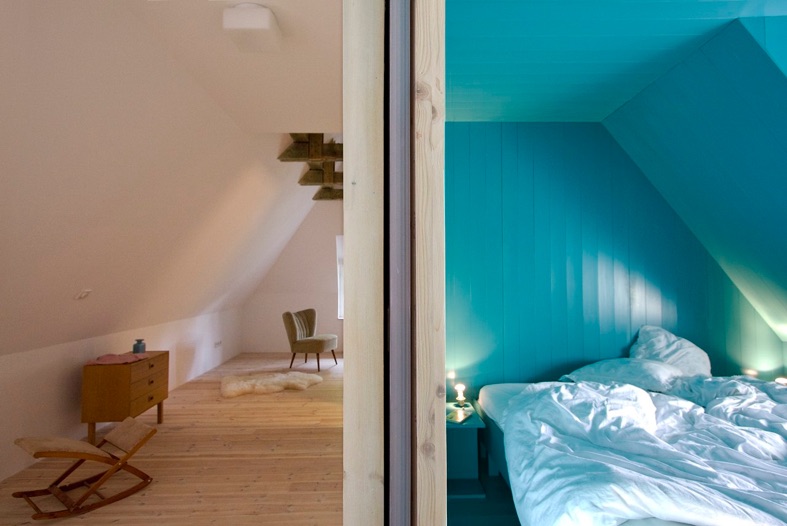 This particular project features a staggering 3000 tiles with hand-cut circles in the center. The circles allow for the blue adhesive to show through, creating a mesmerizing polka-dot pattern all over the walls. 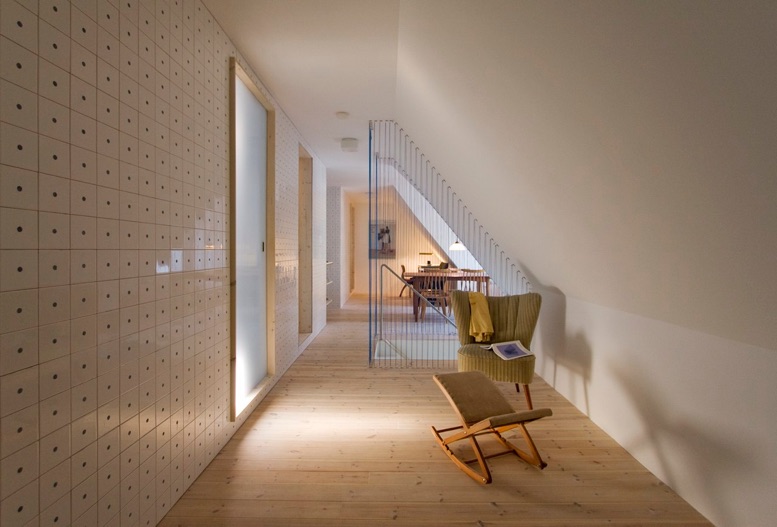 Surrounding the stairs leading up from the ground floor, blue cables stretch from floor to ceiling. They form an interesting balustrade around the stairs while again tying in the signature color. 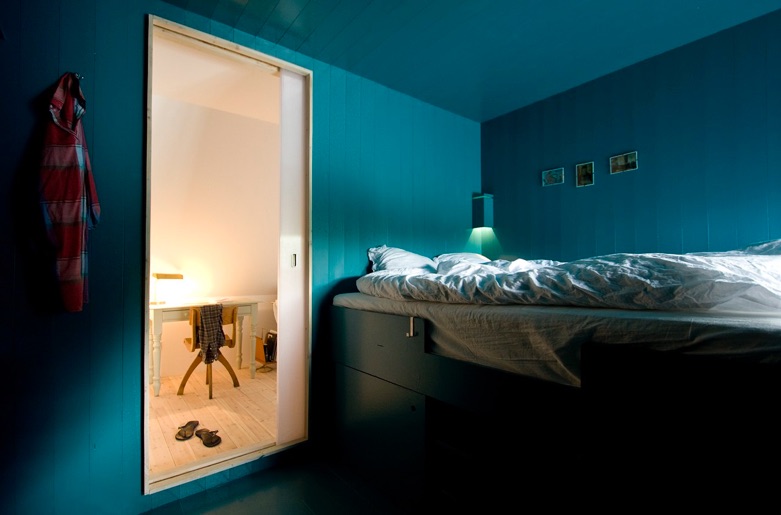 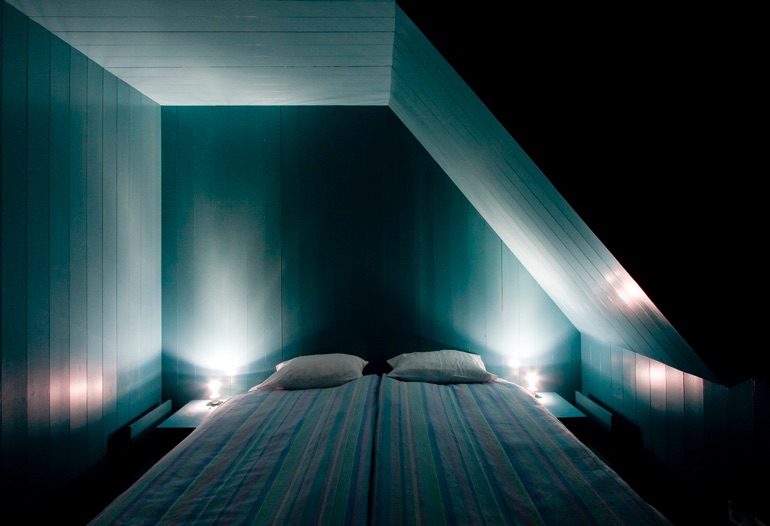 The newly-finished area features a living room, bedrooms and a kitchen – altogether, a surprisingly roomy space for one that was previously used just for storage. Although the architects say they didn’t set out to create a modern-looking space, the attic living area is indeed a deliciously modern place. With pale pine boards and strategic splashes of turquoise against the white surfaces, this feels like perfectly modern home that remembers its roots. 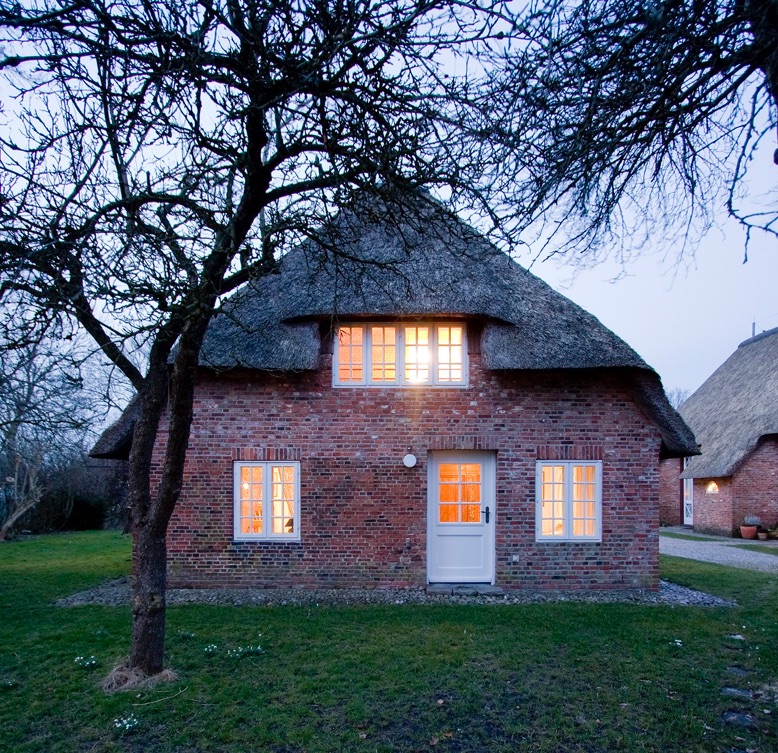 “Due to its geographical location, Föhr is very much in the hands of natural forces,” say the architects. “The area has a big tide. When the water is low you walk over to other islands. It is a flat island where 60 % of the island is under sea level. To protect the island man made grass-walls surrounds half of the island. Still, every autumn when the big storm-floods arrive, the island go on alert. 1634 an enormous flood erased most of the houses on the island and reshaped the map. It is a though climate for permanent inhabitants; at the same time the island changes completely in the summer months when the population raise from 8500 to 40 000 due to tourism.”

“Föhr is an island belonging to Germany but first and foremost to Nordfriesland. The Friesians have their own language and culture. In the 17th century a school of navigation was founded on Föhr and many people became sea captains sailing on Asia and North America.  Sailing on other countries brought back the tradition of ceramics and tiles from Asia. Being rich was to have as many painted Friesian tiles as possible on your dining room walls. Wood used inside was painted in Friesian colors, which are different nuances of blue-green. Beds were traditionally in bed-boxes. Houses were always in brick with thatched roofs. The rooms were small, dark and all the same size. “