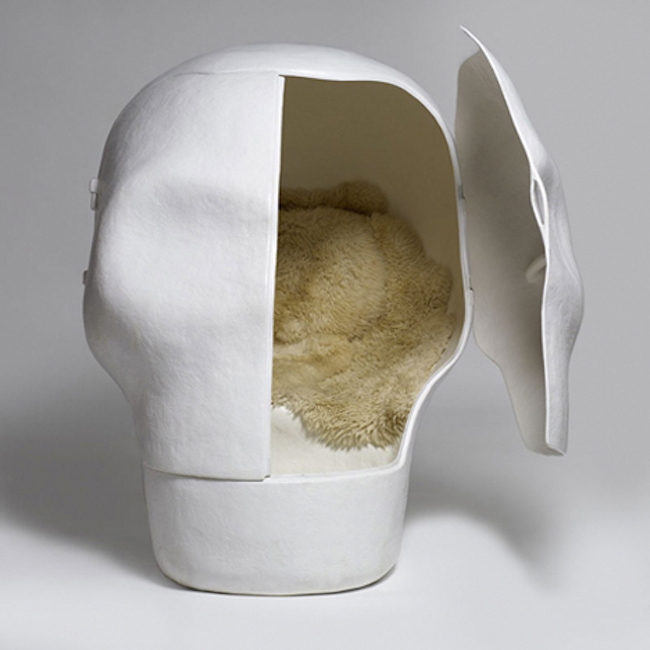 Sometimes, the traffic noises, television, bright lights and frenetic activity of the outside world gets to be too much, and you just want to close yourself up in a dark, cozy space to get away from it all. Perhaps a giant skull isn’t the most relaxing and comforting shape imaginable for that space, but in this case, it’s an apt metaphor for escaping into your own mind — at least, according to the designers.

The Sensory Deprivation Skull by Dutch design firm Atelier Van Lieshout features two large doors that open out to reveal an ergonomically curved, sheepskin-lined space. Shutting out the distractions of the surrounding environment, it offers a peaceful getaway for napping or daydreaming. That is, if you aren’t so creeped out by skulls that you shudder to imagine crawling inside an oversized one. It would be hard to blame someone for experiencing just a little bit of existential dread while contemplating this unusual object. But for those who dare, the inside actually looks pretty cozy. 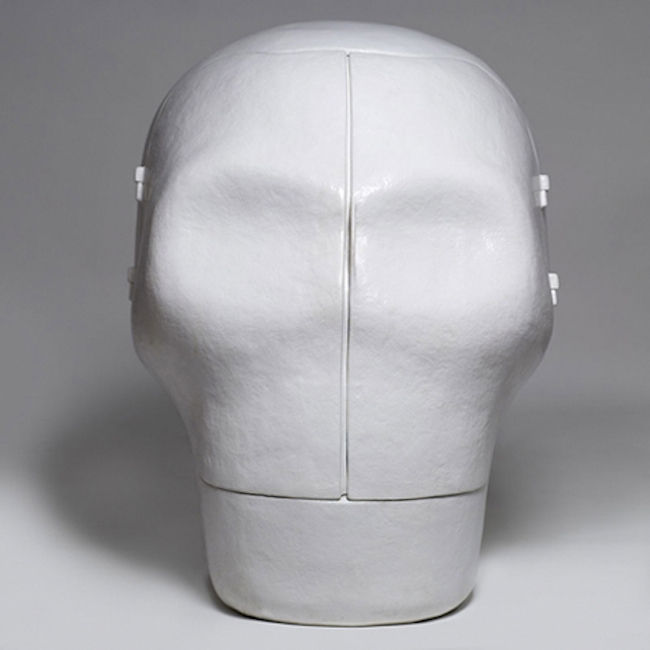 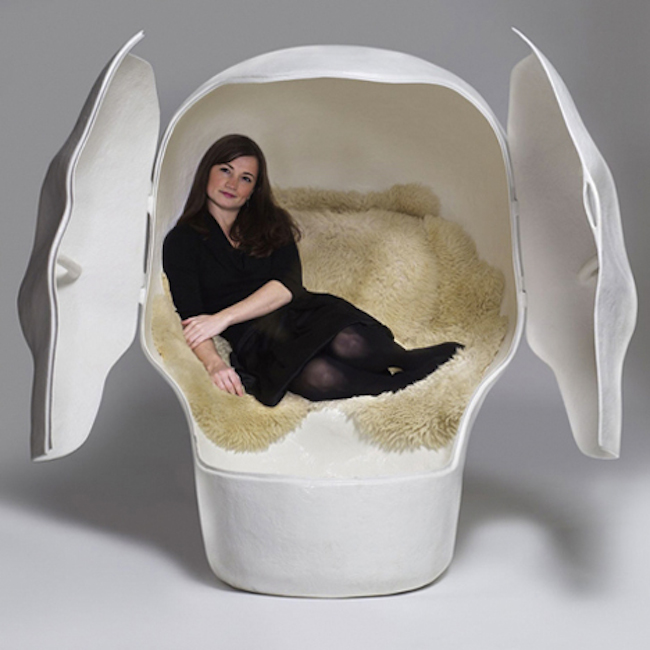 The design firm calls the object purely sculptural, but it clearly has a valuable use. Just add a light, and you’ve got a handy reading nook. It takes a slightly less extreme approach to sensory deprivation than an object like the ridiculous-looking Ostrich Pillow, a cushioned head cover that blocks out stimuli so you can nap anywhere.

“This small skull is inspired by the Study Skulls and other Skulls Joep van Lieshout made in the late nineties,” say the designers. “Making use of the minimal space needed for the body to relax this unit opens out to reveal a room in which the user can escape the sensory clutter of modern life.”

Atelier van Lieshout is known for its prolific history of strange and interesting sculptural creations, which you can browse at their website.