“When the zombie apocalypse happens, you’ll be glad you bought a flamethrower. Works against hordes of the undead or your money back!,” tweeted Elon Musk the day his unusual offering went on pre-sale. Of course, the Tesla founder isn’t really anticipating the kind of catastrophic event that would require blasting living targets with fire from up to ten feet away. He’s just trying to raise money for a far more interesting project: a new tunnel system for Los Angeles that would transport cars and trains at 125 to 150 mph. 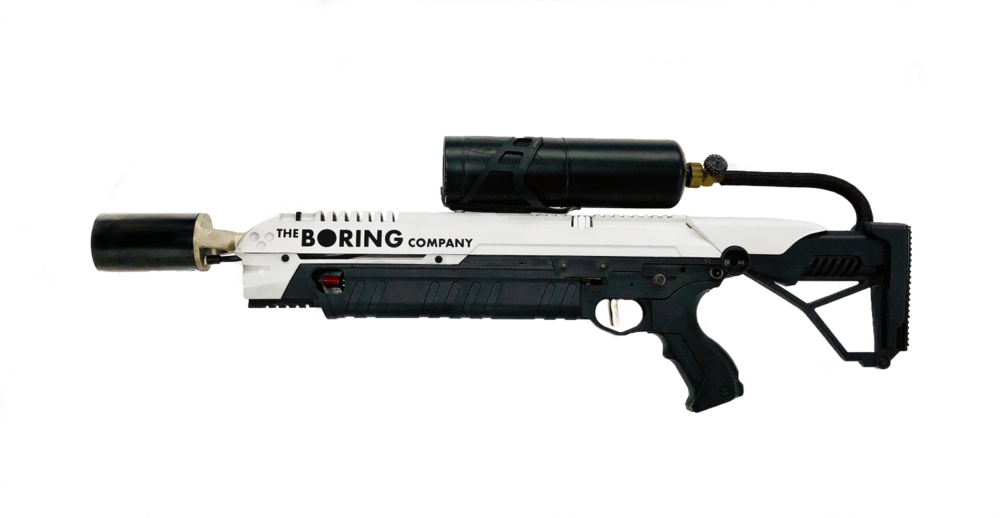 Yes, the flamethrower made available through Musk’s The Boring Company — named for the act of boring holes, as opposed to the absence of fun — is indeed real. The tech billionaire demoed the device on Instagram, and it functions pretty much exactly as you’d expect, looking a bit like a modified airsoft gun with a torch attachment. The company made 20,000 flamethrowers available for $500 a pop plus taxes and shipping, and they all sold out almost instantly, netting a cool $10 million in sales. Buyers could also choose to add a Boring Company-branded fire extinguisher to their order “for exorbitant amounts of money,” which seems like a pretty good idea.

Of course, the stunt also generated its fair share of outrage. Customs agencies immediately stated that they wouldn’t allow the shipment of anything called a “flamethrower,” prompting Musk to rebrand the product as “not a flamethrower.” California state assemblyman Miguel Santiago of Los Angeles even drew up legislation to ban its sale, citing concerns about wildfires and the flamethrower’s potential use as a weapon. Nevertheless, orders are set to start shipping this spring.

It’s not like Musk is a stranger to controversy or wild ideas. In December 2017, he lit up the night sky over California with a surprise SpaceX rocket launch, prompting some Angelenos to think that aliens had finally landed on Earth. Then he shot his own personal Tesla Roadster into space from the SpaceX Falcon Heavy rocket with a mannequin named Starman in the driver’s seat. That shiny red car is currently at the beginning of its first 18.8-month orbit around the sun.

Shooting a car into space may seem like exactly the sort of hair-brained thing a young, exorbitantly wealthy CEO would do in his free time, but Musk’s flamethrower stunt could have a potentially revolutionary impact down here on our own planet. If completed, The Boring Company’s 60-mile-long system would become one of the United States’ largest underground transportation networks and help alleviate L.A.’s notorious traffic congestion. The company is currently digging test tunnels. 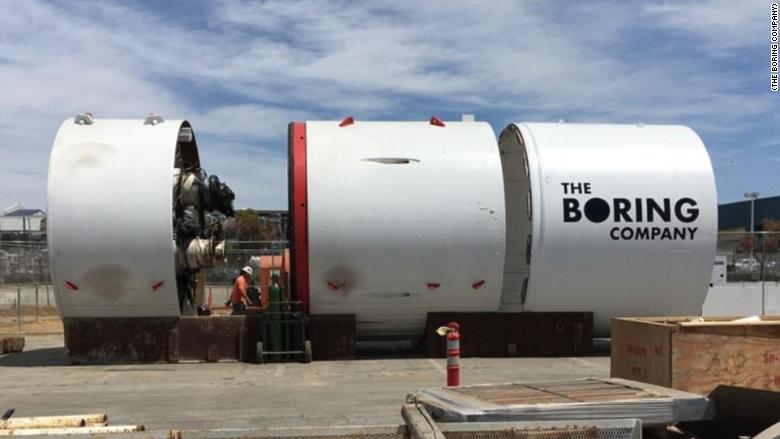 “To solve the problem of soul-destroying traffic, roads must go 3D, which means either flying cars or tunnels. Unlike flying cars, tunnels are weatherproof, out of sight, and won’t fall on your head. A large network of tunnels many levels deep would fix congestion in any city, no matter how large it grew (just keep adding levels). The key to making this work is increasing tunneling speed and dropping costs by a factor of 10 or more – this is the goal of The Boring Company. Fast-to-dig, low-cost tunnels would also make Hyperloop adoption viable and enable rapid transit across densely populated regions, enabling travel from New York to Washington DC in less than 30 minutes.”