During this year’s Tesla AI Day, company CEO Elon Musk unveiled a “rough development” prototype of his humanoid Optimus robot in front of an audience of engineers. He went so far as to claim the robot could eventually end poverty. 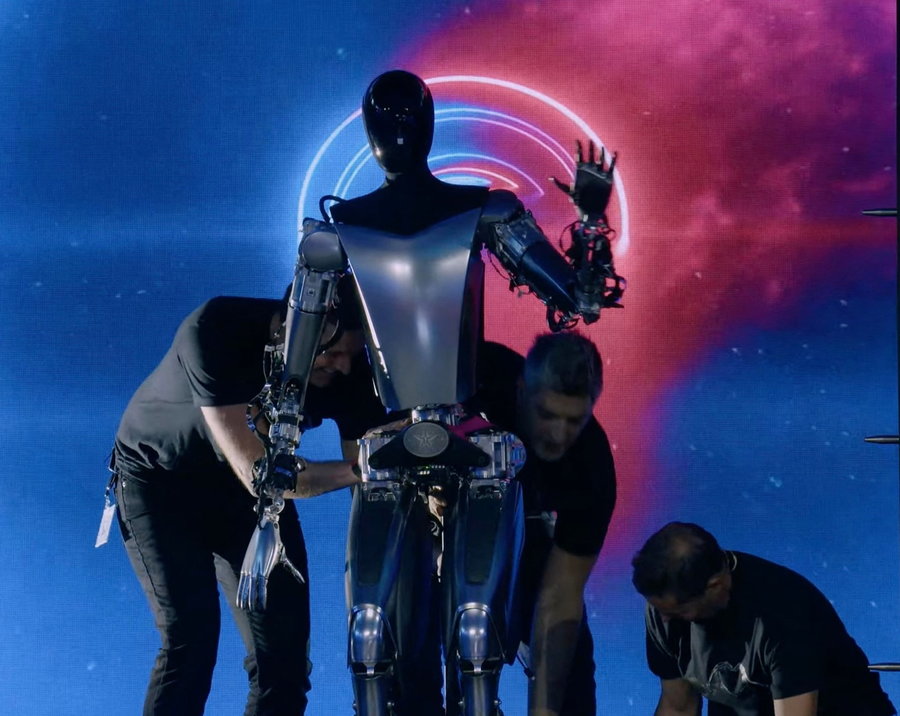 The wires-out bot was able to walk around on the stage, wave, and even “raise the roof.” Although this was “literally the first time the robot [had] operated without a tether,” in theory, Optimus — also known as Tesla bot — will be able to lift enormous loads and traverse tricky terrain. It uses “essentially the same self-driving car computer” that controls Tesla’s electric cars and is outfitted with a host of video feeds to direct its movements. 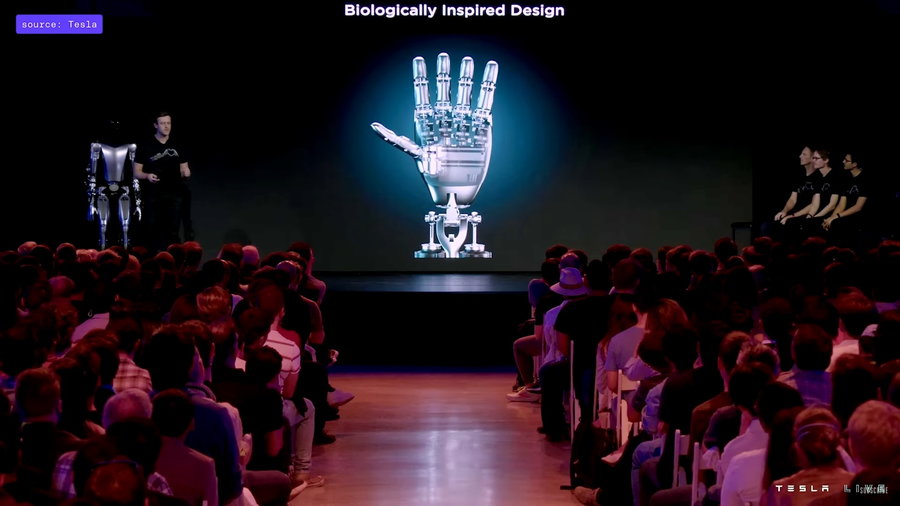 During the presentation, Tesla engineers explained that proprietary actuators, which act as muscles for the humanoid bot, could allow it to lift objects many times its weight. The adaptive robotic hands will also be able to independently move their fingers and manipulate a wide range of objects. 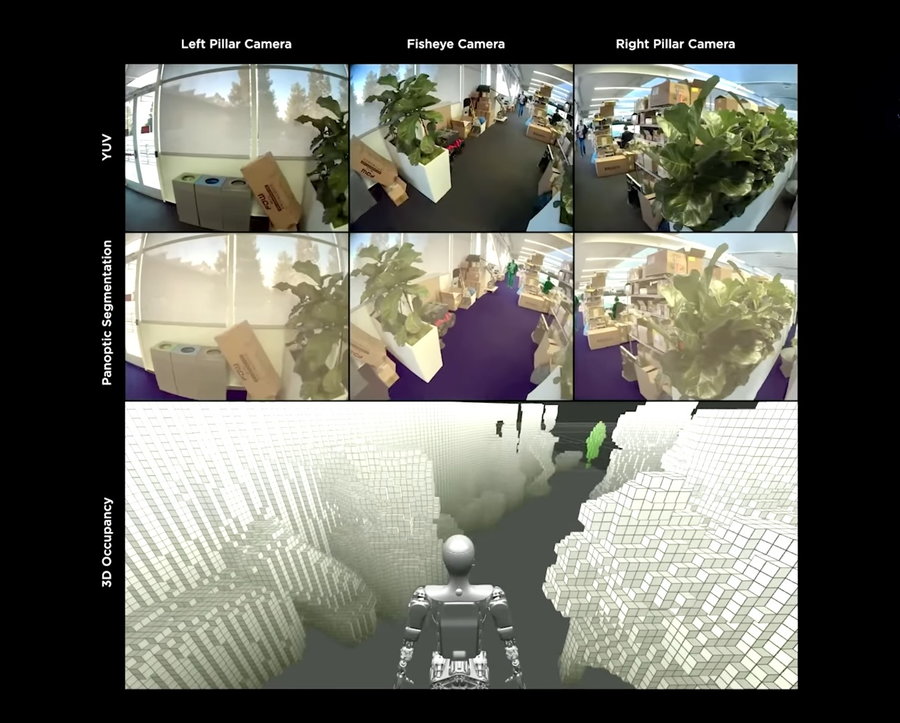 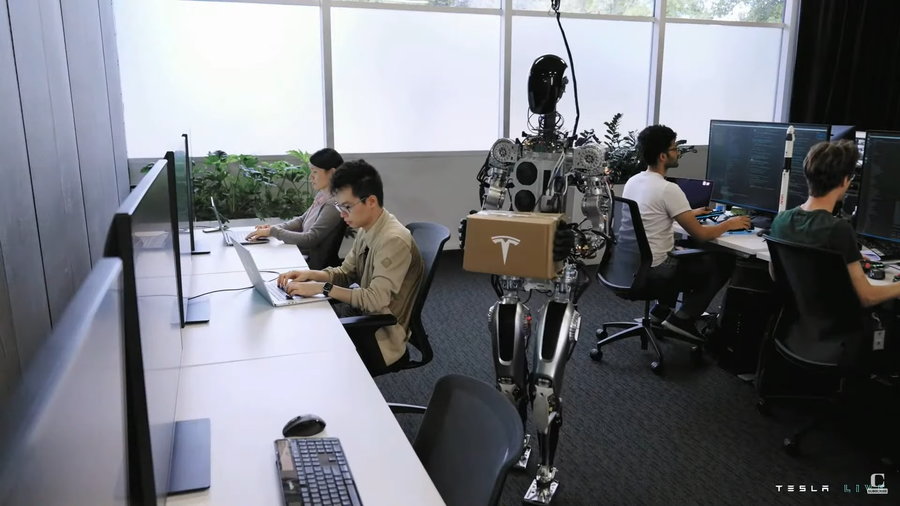 While the robot didn’t show off many skills on stage, the presentation featured video of a tethered Optimus walking around Tesla HQ delivering boxes to desks and watering office plants.

After debuting the “Bumble C” prototype, as he called it, Musk explained that his team had already moved on to developing the next model, which he plans to put into production. Three Tesla engineers then brought the sleeker version to the stage, where it waved but could not walk. 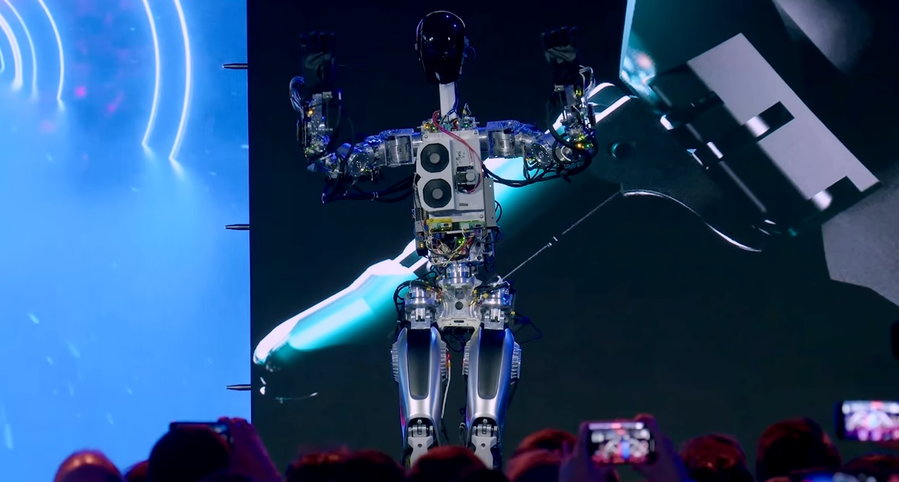 Musk first introduced the concept of his Optimus robot at last year’s AI Day, but without a shred of physical work to show, he presented a dancer dressed in Tesla bot spandex instead. Since then, the company has been hard at work on the new prototype. The production model bot features customized Tesla actuators and is getting a special battery that can hopefully allow it to work for a full day on a single charge. 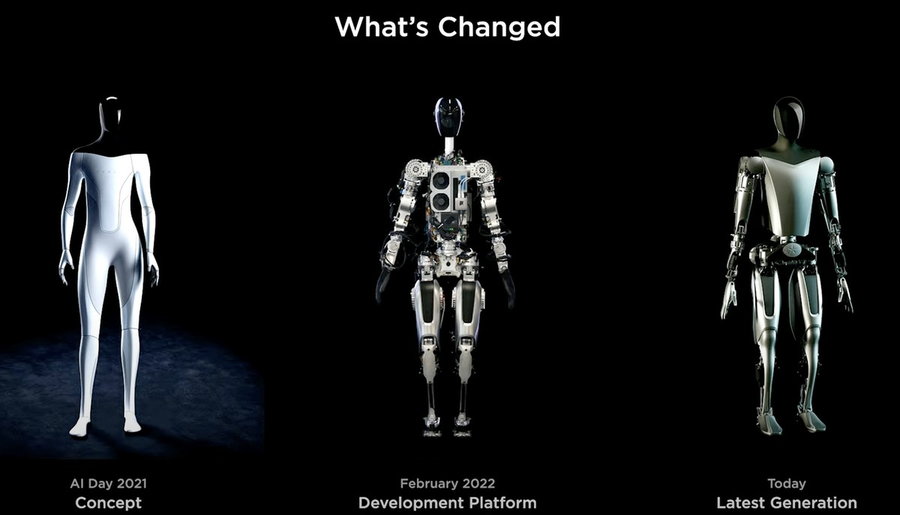 “There’s still a lot of work to be done to refine Optimus and prove it,” Musk said, adding, “I think Optimus is going to be incredible in five or 10 years, like mind blowing.”

“We are trying to follow the goal of fastest path to a useful robot that can be made at volume,” he added, estimating that the Tesla bot could be commercially available within three to five years. Musk also posited that when manufactured en masse, the cost should be much less than that of a car. “I would say probably less than $20,000 would be my guess.” 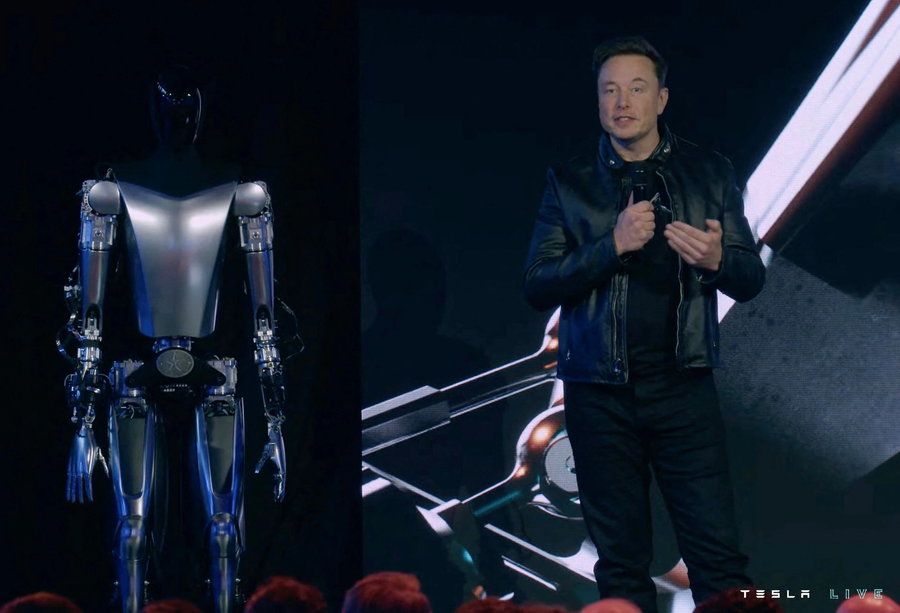 He envisions Optimus robots eventually creating an army of productivity. “This means a future of abundance, a future where there is no poverty, where people, you can have whatever you want, in terms of products and services. It really is a fundamental transformation of civilization as we know it,” he said with his characteristically dramatic flair.

Musk also believes that this type of cutting-edge AI should be for everyone, not just the private sector. “It’s very important that the corporate entity that makes this happen is something that the public can properly influence,” he said. “So I think the Tesla structure is ideal for that.” 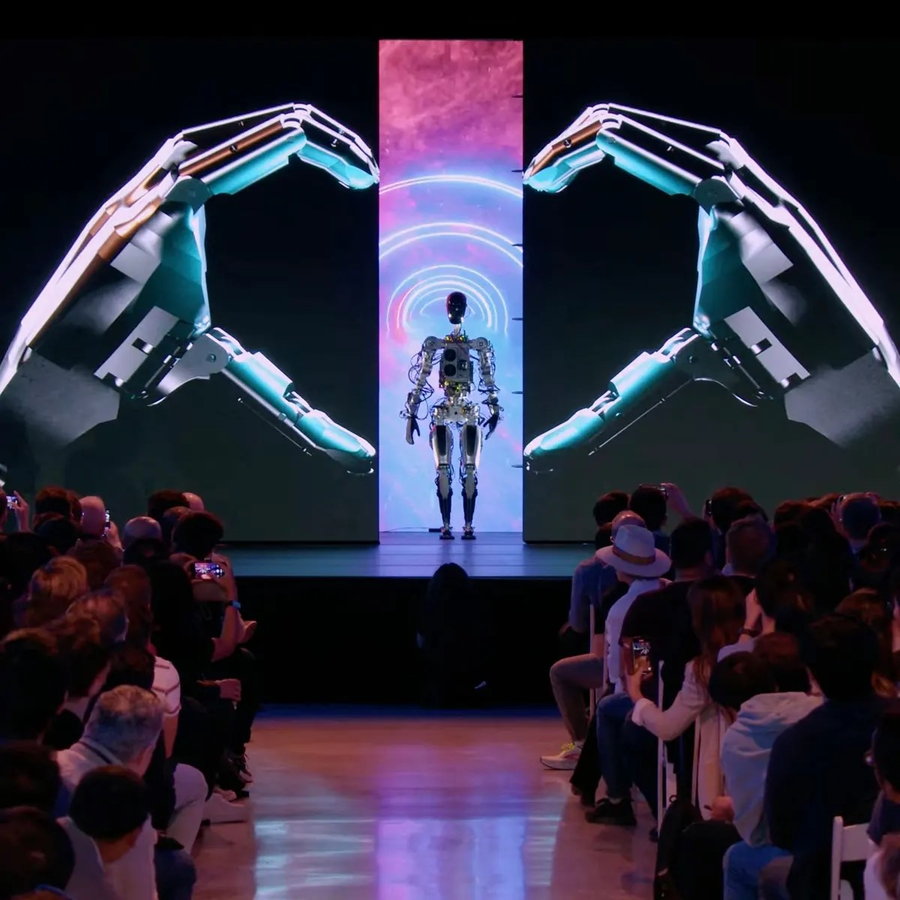 And although the Optimus robot is a bit of a departure from Tesla’s long-standing mission to “accelerate the world’s transition to sustainable energy,” Musk defended his humanoid helper by saying: “I think the mission does somewhat broaden with the advent of Optimus to — you know, I don’t know: making the future awesome.”