The 5th and 6th year students at an elementary school in the UK recently created and launched a weather balloon camera that yielded some spectacular views of Earth.The students of St. Bridget’s Church of England Primary School in Wales partnered with IT education company Hi-Impact to build the balloon and learn about the process. 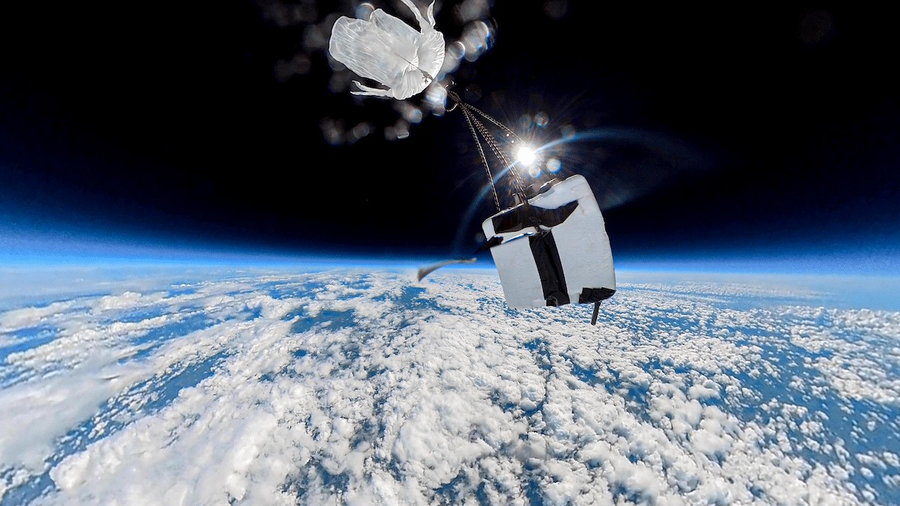 Using a helium balloon, a Styrofoam cooler, an extendable rod, and an Insta360 ONE X2 action camera, the students assembled a device that could reach into the limits of the Earth’s atmosphere. During that week of work, educational specialists from Hi-Impact, whose mission is to bring technology and media into the school curriculum, taught the children about how the helium in the balloon expands as the altitude increases (with most reaching a height between 60,000 and 100,000 feet above Earth). They learned how the atmospheric pressure decreases the higher it rises, finally forcing the balloon to burst. They also studied how to predict the flight path of the balloon based on wind forecasts and the size of the payload. 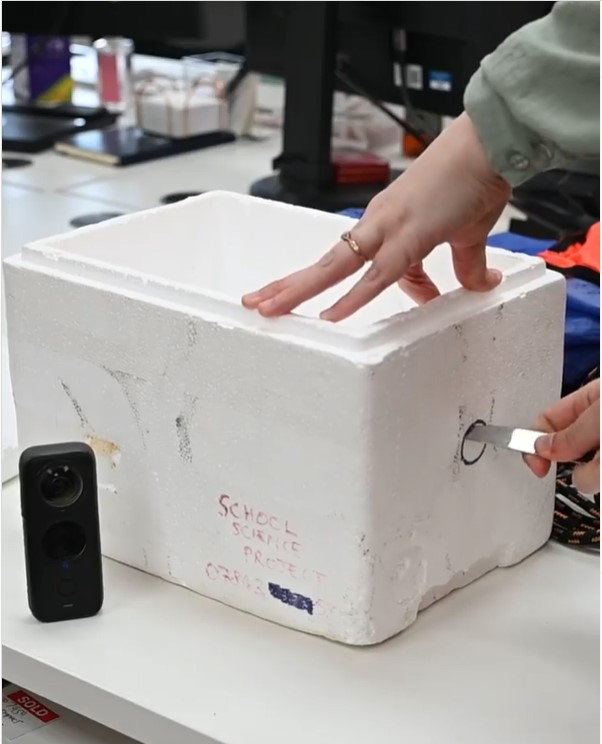 Based in Northern England, Hi-Impact has been visiting schools around the UK for over a decade now, teaching students to construct their own weather balloons and getting them excited about science. Their materials list has adapted over the years to provide better space flights and images of Earth. In particular, the addition of the Insta360 camera has been key to capturing awe-inspiring photos from the planet’s outer atmosphere. 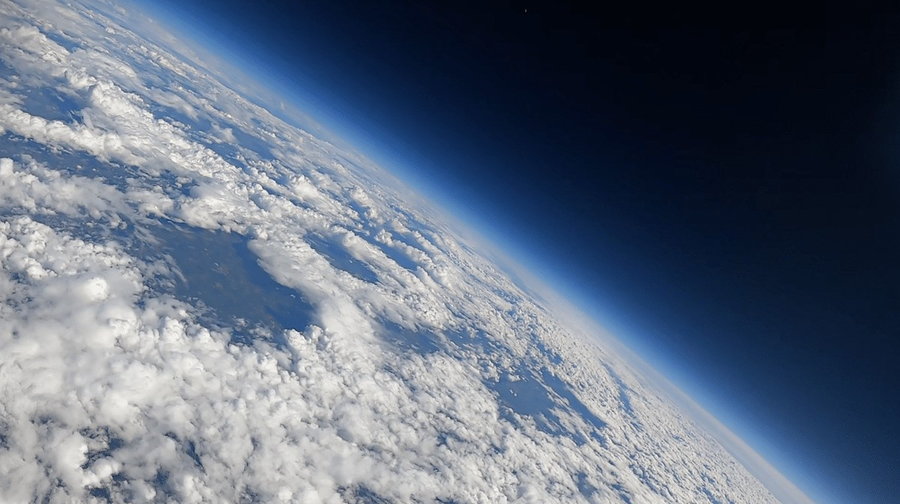 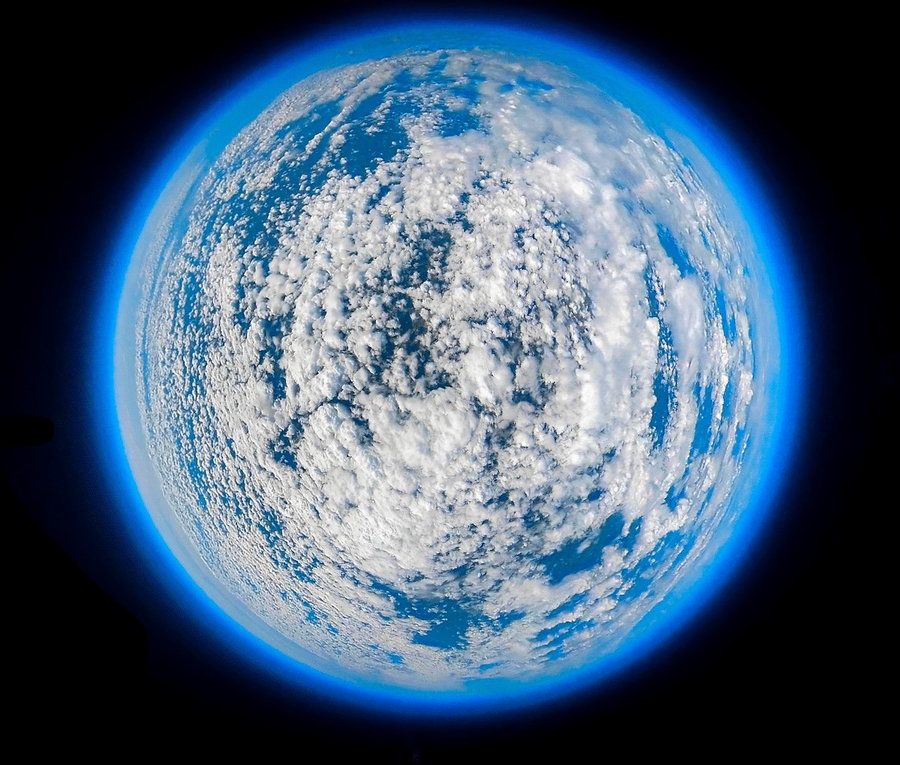 “The 360-degree camera gives Hi-Impact the ability to see everything that goes on during the flight — from the excited faces at takeoff, through the rain as it passes into the clouds, and eventually the blackness of the sky and the burst of the balloon before drifting back down aided by a parachute,” explains Simon Sloan, the company’s Innovation Manager.

After the students launched this year’s balloon, it rose over 80,000 feet high over the course of two hours before popping and falling back to Earth roughly 125 miles from the launch site. The multiple trackers placed on the payload (and monitored by the students) allowed Hi-Impact to easily find the device and collect plenty of data. Thanks to its camera footage, students were even able to watch the balloon explode at the pinnacle of its climb. 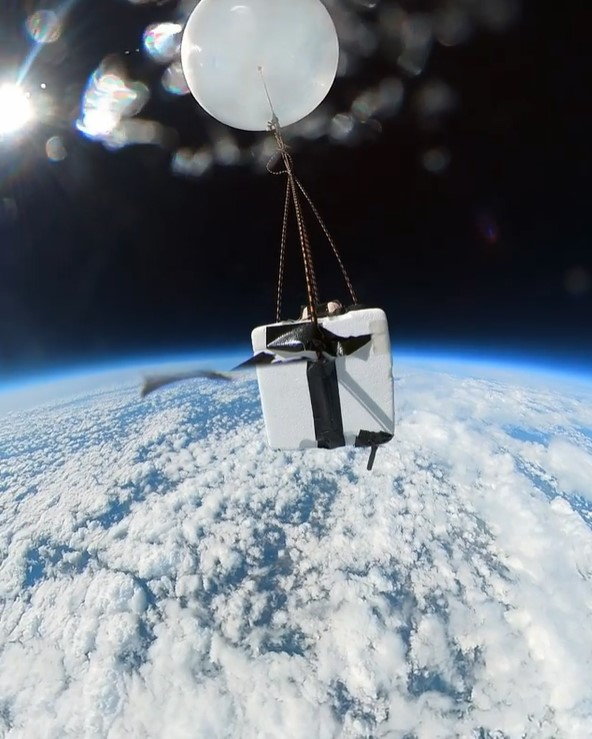 While the balloon was certainly short of the 327,000 feet it takes to technically reach space, the St. Bridget’s floating camera was still able to produce professional quality photos of the full curvature of the Earth, complete with a layer of puffy clouds draped over the deep blue oceans. Plus, the Insta360 was able to withstand the extreme temperatures, which fell as low as -49 degrees Fahrenheit on this flight. 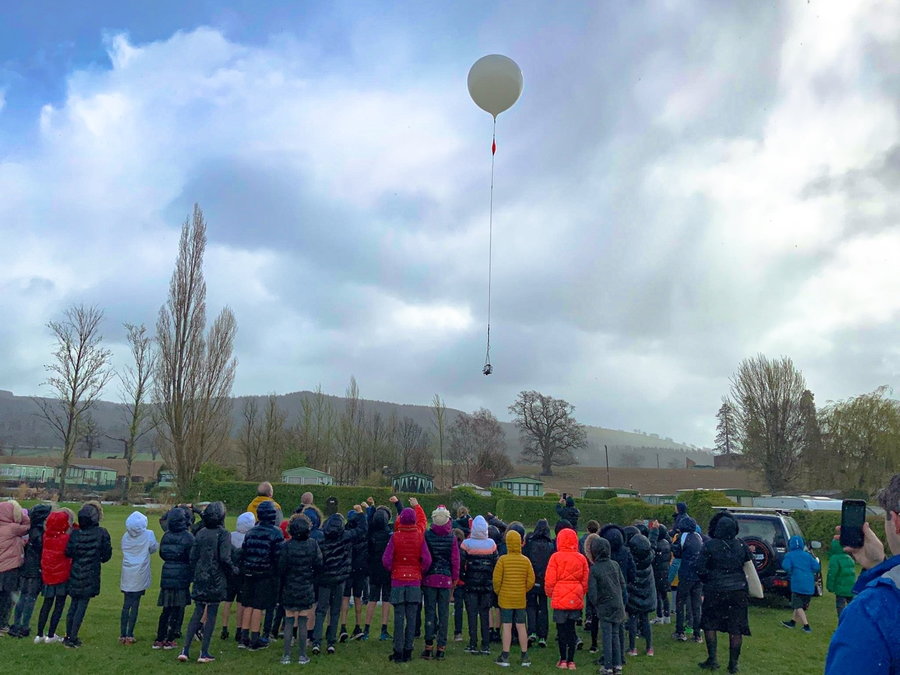 This isn’t the first year of weather balloons for St. Bridget’s, either. They began their relationship with Hi-Impact several years ago, and the students have looked forward to the annual event where Years 5 and 6 take control of the launch and run mission control. “This is always an exciting few days for the school,” St. Bridget’s administration says.