When we sit on a piece of furniture, we expect it to be stable, sturdy, and capable of supporting our weight. We trust the components of its construction to hold together as they’re supposed to. But in placing these demands on a functional object, we’re assuming that it will be static and that its capacity to serve us will remain unchanged even under duress. What if furniture responded to our expectations like a living creature instead, burdened by its own efforts to keep itself alive?

When you think about it, the only thing that makes something “alive” is the inevitability of its death. We cease to be humans moving about in the world when our hearts stop pumping blood and our lungs stop taking in air. We transform into something else instead — a mass of nutrients that will return to the earth in order to take on new forms. A new sculptural creation by artist Kebei Li plays with these ideas in the form of a glass bench held together by vacuum pressure. 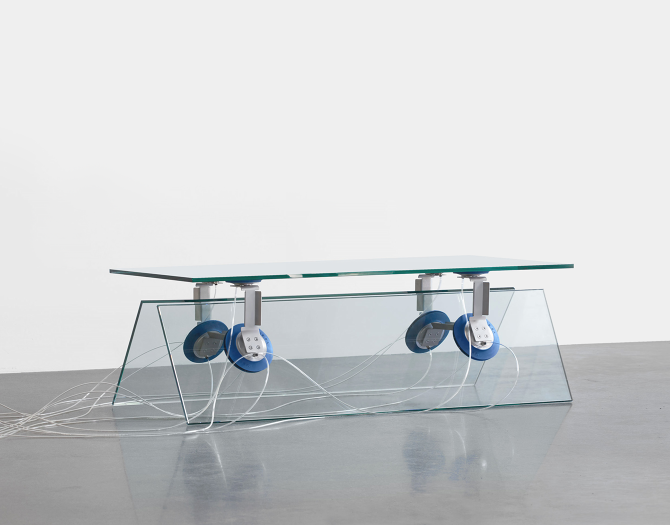 “Structure #1” consists of three panes of glass, four pneumatic pads, air hoses, and vacuum electronics. It doesn’t really become a bench until these pieces are fitted together and the vacuum is turned on, creating a hyper-secure structural bond between the glass sheets. The technology that holds it together was originally designed to lift and move oversized sheet stock materials like glass, granite, plywood, and sheet metal, all of which are often too heavy or awkward to be handled by human operators. 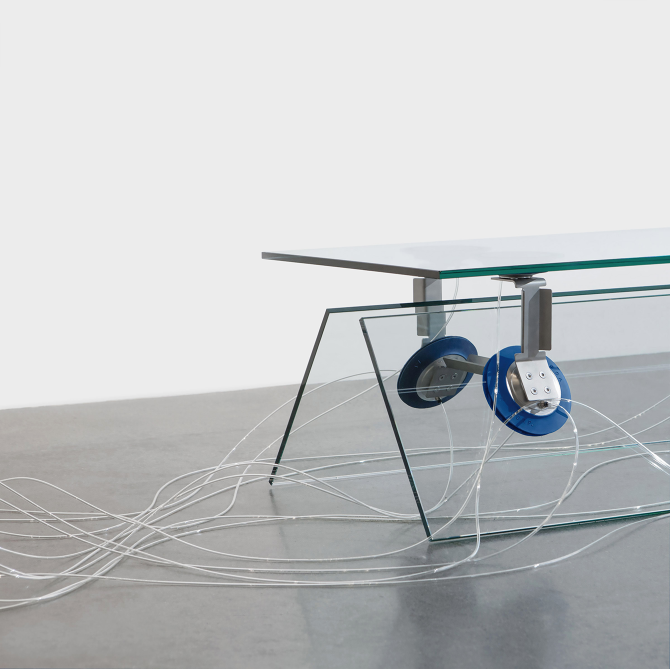 As Li notes, “such a bond can be ended at any second.” If the vacuum is turned off, it collapses into a pile of raw materials incapable of performing the same functions. Unlike traditional furniture fasteners like nails, screws, glue, and complex joints, the vacuum pressure can literally undo the process of transforming the materials into a useful object at the flip of a switch. The functionality of the furniture is “strenuously and visibly maintained” by the electrical components, with the vacuum and hoses standing in for a biological system that provides its host organism with nourishment. 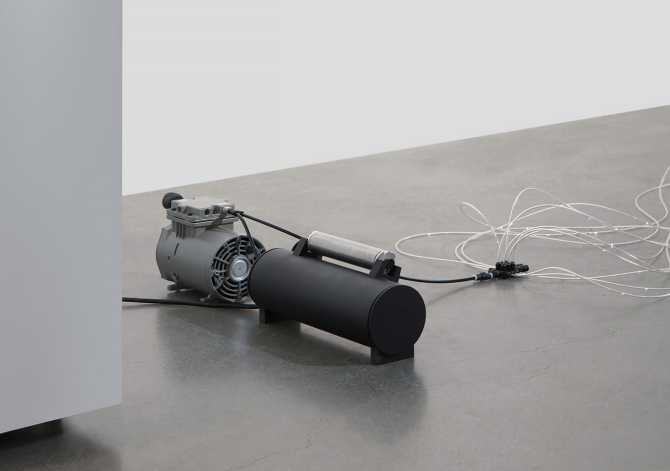 The deep humming of the pump is what lets you know the bench is still “alive.” If it were to stop while you were sitting on it, you’d want to get up fairly quickly, lest you find yourself on the floor in a heap of glass. Still, the bench isn’t actually in much danger of dramatically breaking, since it takes a little while for the vacuum pressure to fully release, and anyone seated on it would feel it begin to loosen. 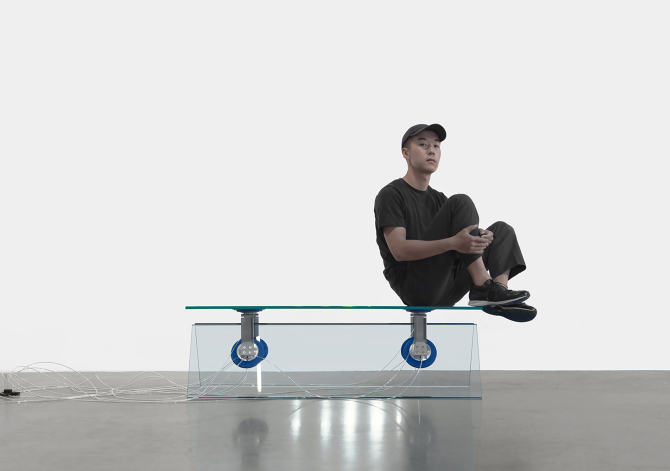 “This speculative project presents a glass bench that is held together by vacuum-powered pneumatic fixtures,” says Li. “Structural stability, the fundamental quality central to the interaction of any furniture object, is arduously maintained by a complex pneumatic system, without which the structures will simply collapse.”

“An exploration of the esoteric quality often found in post-industrial machineries, the carefully crafted system aims to solve a relatively straightforward need in a rather counter-intuitive and circuitous way. It presents a contradicting entity that is definitive, calculated, rational, yet at the same time obscure and enigmatic.”