It’s not easy to trust faceless machines with our safety when they’re piloting vehicles on our roads — not to mention the fact that they’re doing so while surrounded by a complex and unpredictable network of moving parts. Pedestrians hesitate at crosswalks, uncertain of whether or not oncoming vehicles can see them. Cyclists cruise along hoping the cars driving beside them won’t swerve or change lanes without looking. Even when we’re on our best behavior, if often seems like virtually anything can happen. But would it make us feel any better or more ready for a future full of autonomous vehicles if those driverless cars actually had faces? Jaguar Land Rover (JLR) is looking to find out. 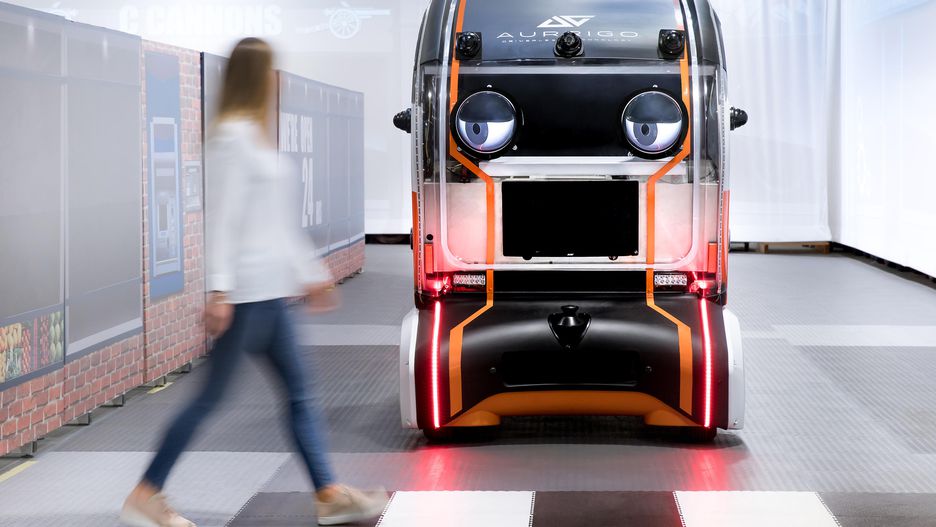 It’s all about eye contact, explains the British auto manufacturer. As pedestrians, we typically seek eye contact with drivers to make sure they notice us before we cross the road, but we can’t do that when there’s no human driver. JLR’s solution is to literally put a pair of oversized “eyes” on the front of its autonomous shuttle pods to help boost our confidence. You might think that these “eyes” would contain cameras or sensors of some sort, but aside from attempting to put pedestrians at ease, they’re completely nonfunctional.

It may sound ridiculous, but these aren’t road-ready cars that will go up for sale anytime soon, so we don’t have to worry about suddenly feeling like we’ve all been plunged into an animated Pixar feature. They’re all part of ongoing studies into how autonomous cars will interact with real live people on the roads. According to JLR’s own research, 63 percent of pedestrians and cyclists would feel less safe on roads full of self-driving vehicles.

The JLR driverless pods are currently zooming around a staged street scene in Coventry, England, all of them testing whether something as simple as anthropomorphized features can reassure us that the cars have sensors that are, in fact, paying attention. They may not be embedded within those giant googly eyes, but they’re there. When the cars sense pedestrians, they appear to look right at them and display a green light as confirmation. 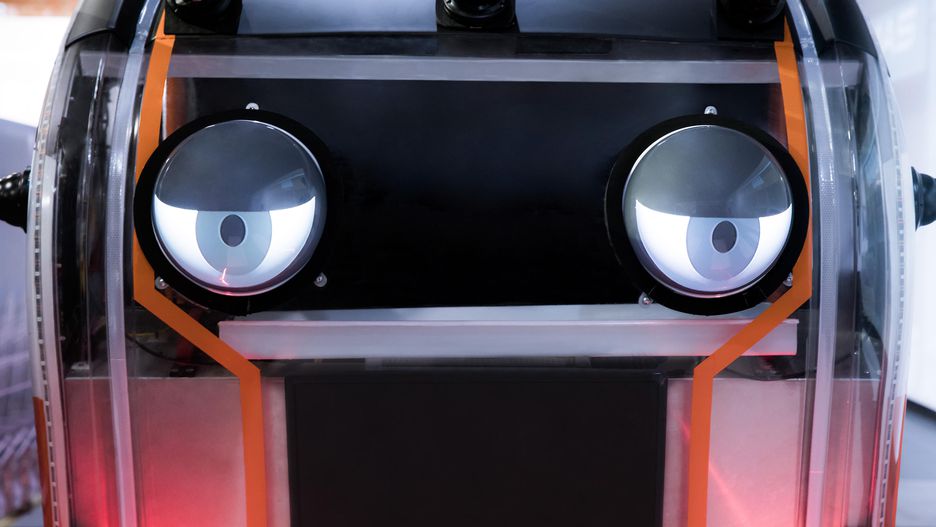 A team of cognitive psychologists will examine footage of the trials to see whether or not all this “eye contact” between the cars and 500 test subjects makes a difference.

“It’s second nature to glance at the driver of the approaching vehicle before stepping into the road,” says Pete Bennett, Future Mobility Research Manager at Jaguar Land Rover. “Understanding how this translates in tomorrow’s more automated world is important.”

“We want to know if it is beneficial to provide humans with information about a vehicle’s intentions or whether simply letting a pedestrian know it has been recognized is enough to improve confidence.” 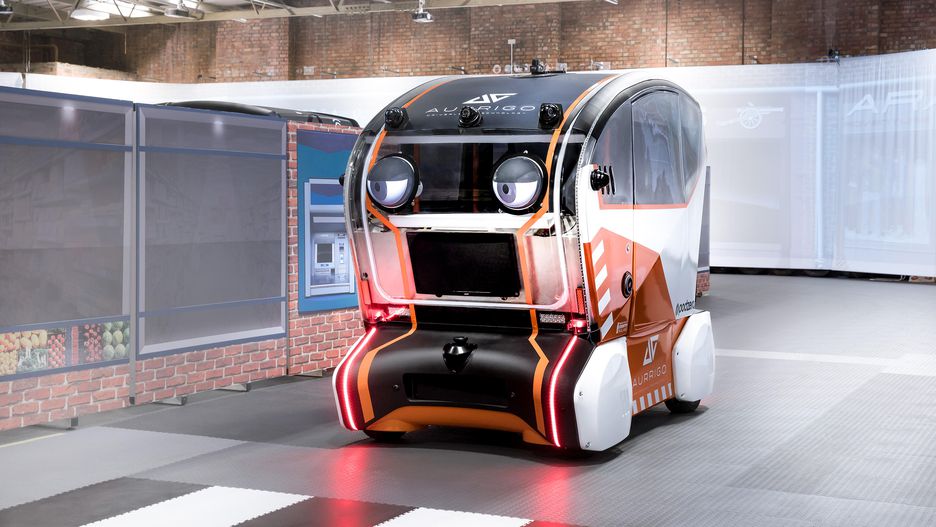 We already tend to attribute human features to inanimate objects, and car designers are aware of this fact, often considering the ways the shapes of headlights, grilles, and hood emblems might come together to give a vehicle a friendly or menacing look. The driverless cars of the near future could either look like Robocop or a slightly silly but benign cartoon, whether by accident or by design.

Even if the results of the trial are positive, Jaguar Land Rover and other manufacturers won’t necessarily keep the oversized eyes as a permanent feature. But the research will give designers crucial insight into the way external features on the cars will be interpreted, helping them craft the “faces” of upcoming models.