“Discourse-provoking images” is certainly a phrase that describes the “Vertical City” exhibition at this year’s Chicago Architecture Biennial. In the voluminous Yates Hall of the Chicago Cultural Center stand 16 models of skyscrapers, each 16 feet tall and designed by 16 emerging firms. It’s a towering display where one feels like they are walking through a virtual world of online architectural images.

This virtual city is part of a theoretical competition in three parts that began back in 1922, when the publisher of the Chicago Tribune, Colonel Robert R. McCormick, wanted a gleaming tower to represent the ambitions of his newspaper. He used hyperbole to describe what he wanted to build, which was “the most beautiful office building in the world.” Architecture often begins with ego before an idea (and sometimes even before necessity) emerges. Clients want to project a certain image of their company or of themselves, making image both the driving force and the greatest weakness of architecture.

When the desire to produce a prestigious architectural image is handled correctly, it can be a powerful political, historical, or social statement that provokes discourse and change. However, if dealt with carelessly, the focus on image can bring scorn upon a project, producing skin-deep results or buildings that merely look like caricatures of the past. Think of some of the buildings you know that have the name of the current U.S. president affixed to them. Architecture that is solely about image is (as one architect who I worked for many years ago called it) “magazine architecture.” It looks good in a magazine and a week after opening, but come back in a year and it will probably be falling apart. Today, we have more virtual architecture than real and magazine architectures combined.

In the first Chicago Tribune Tower Competition, 260 architects from 23 countries submitted entries, encouraging people from all over the world to start thinking about architecture. Those who see the images of that 1922 competition use the competing theories and concepts in them to establish different narratives of what architecture at that time should have been like. The images created legitimate dialogues that lasted beyond the competition and reached far beyond Chicago, continuing for decades to come in architecture schools, offices, and media. 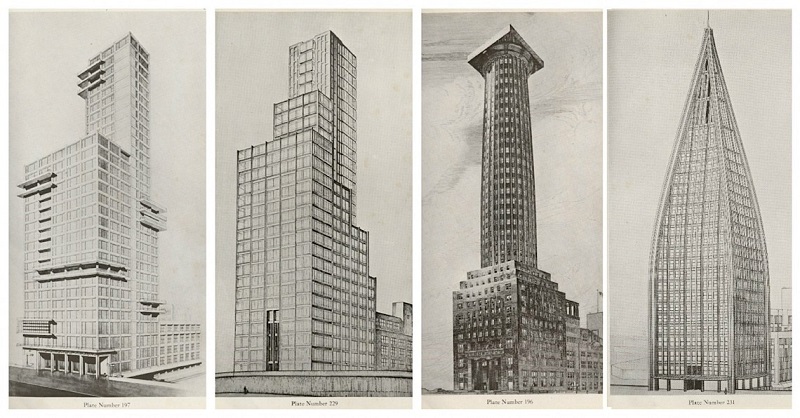 By contrast, the contemporary image of architecture suffers from overuse. Every day, countless architectural practices post thousands of photos of their projects online, but only a few of them provoke constructive discourse. Most simply add to the vapid glorification of image that resides all over the internet. The blame goes around. The “Bilboa Effect” of the early 2000s, the rise of architecture bloggers, the dissemination made possible by social media, and the photorealistic improvements made to software in the 21st century have all contributed to the spectacle of image and the decline of the critical discourse that the 1922 competition provoked.

The 1980 sequel to the competition, organized by Chicago architect Stanley Tigerman, featured entries of that year alongside the earlier 1922 entries to highlight the ways in which architecture had changed over time. It was also a comparison between postmodernism and modernism, spurring architects of the late 20th century to rethink how they worked. 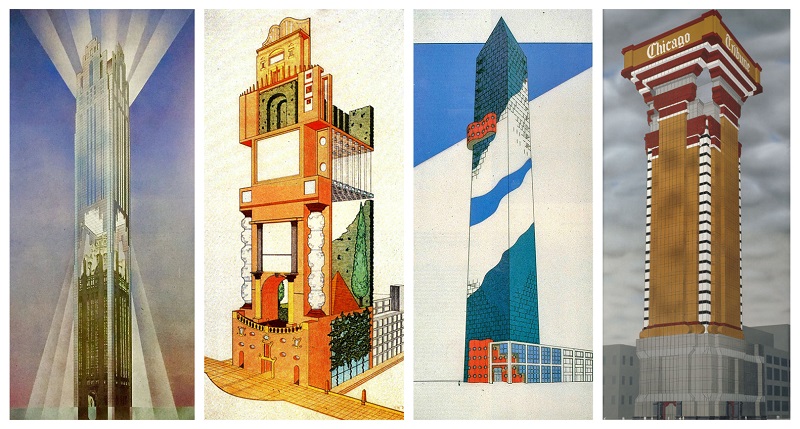 “Vertical City” revisits the first two competitions and adds in a new set of entries, going from two-dimensional drawings to three-dimensional models. Artistic Directors Sharon Johnston and Mark Lee asked some of the globe’s emerging firms to produce 16 models that exhibition-goers could stroll through. Each model questions the skyscraper typology, and, in culmination, the entries show the various ways such a structure can be used in 2017. 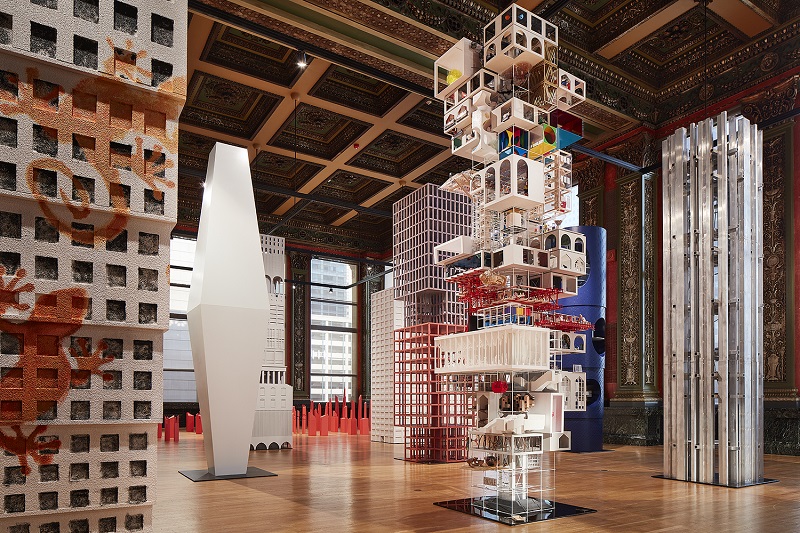 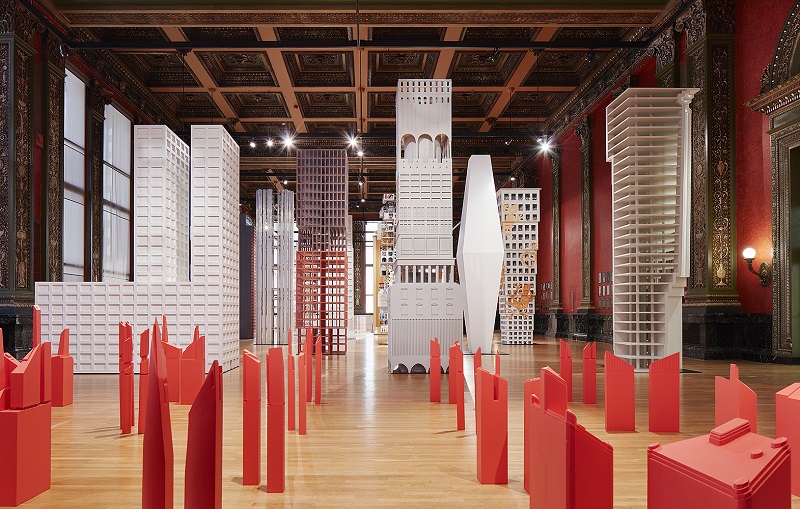 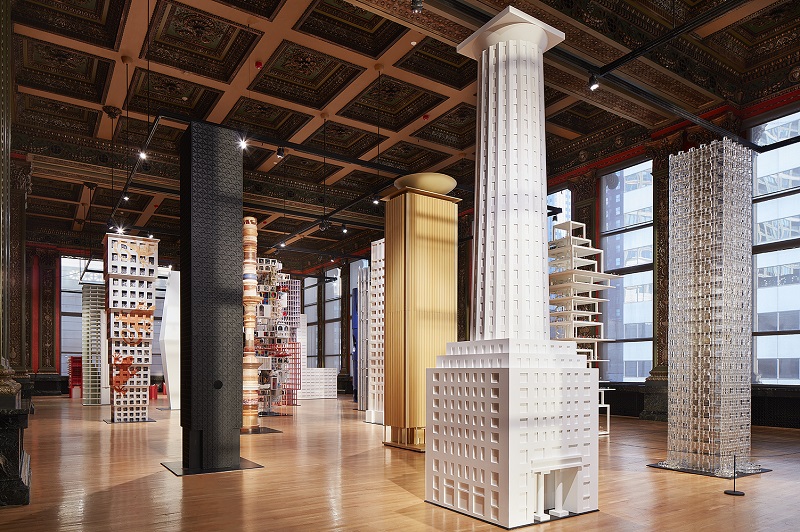 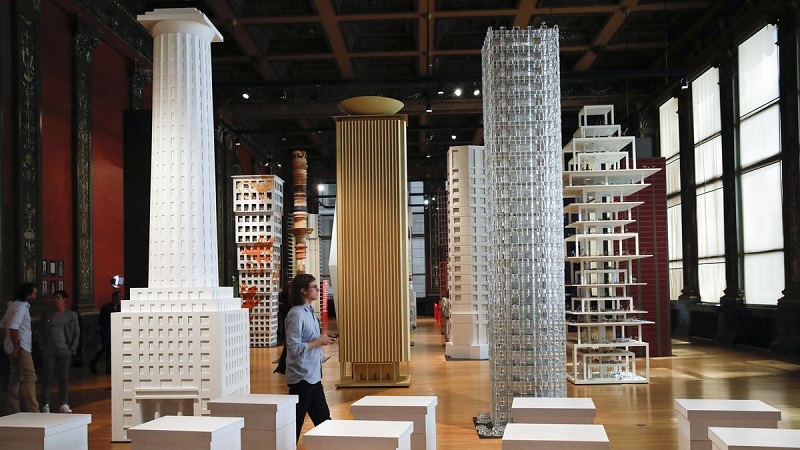 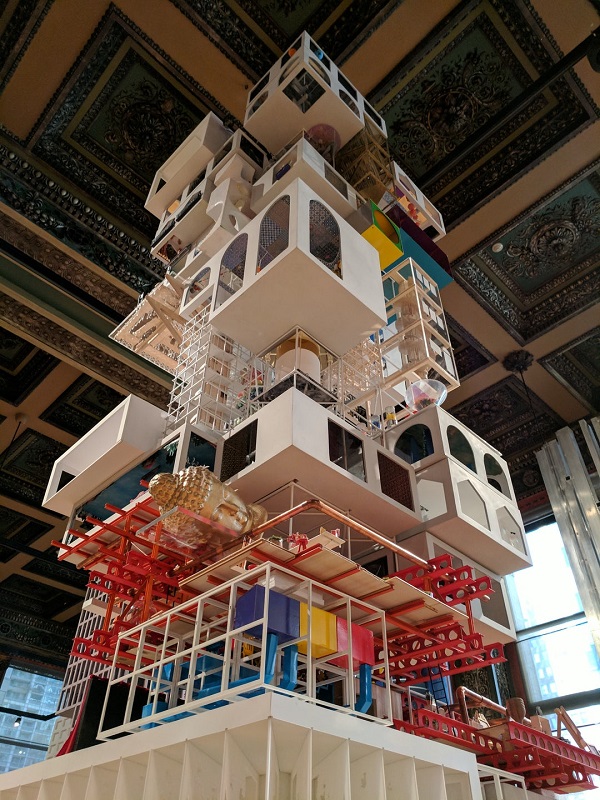 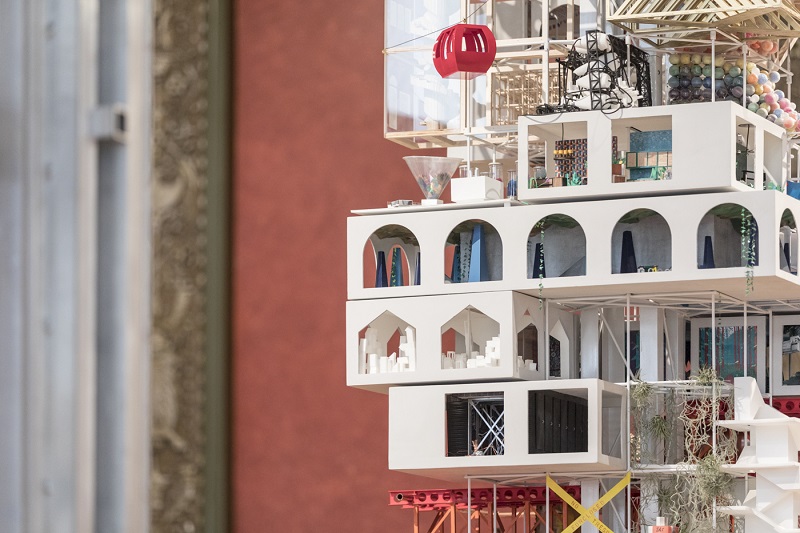 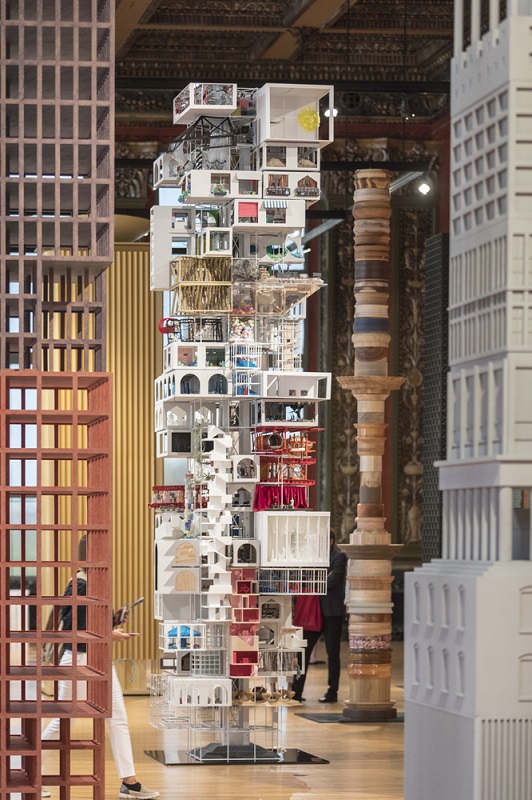 The exhibition is not round three in the architectural title match between one set of designers or ideologies and another, but a new fight altogether. By using architectural histories as reference points and building upon them, we gain a better understanding of how to deal with the issues that trouble contemporary cities, including density, environment, and community.

For a closer look at all the entries featured in “Vertical City,” click here.